At the request of Gov. Tony Evers, Wisconsin National Guard Adjutant General Donald Dunbar will resign from his post at the end of the month after an investigation found a litany of failings in how the Guard handled sexual assault and harassment allegations.

The National Guard Bureau’s Office of Complex Investigations report, released Monday, said the Guard’s policies and procedures for handling allegations of sexual misconduct are out of date, ineffective, understaffed and in violation of federal rules.

The report stems from allegations that officers with the Guard’s 115th Fighter Wing, based at Madison’s Truax Field, had dismissed at least six incidents of sexual assault or harassment. Evers and U.S. Sen. Tammy Baldwin, D-Madison, had requested an investigation into the matter in March.

The approximately six-month investigation included on-site interviews at 10 Wisconsin National Guard facilities, reviews of more than 1,100 documents and a canvass of more than 1,600 personnel. More than 15 people who had complained of sexual assault and harassment were interviewed.

“I am extremely upset and concerned with the National Guard Bureau Office of Complex Investigations’ findings, especially with how the Wisconsin National Guard investigates sexual assault allegations,” Evers said in a statement. “Our service members deserve to be safe and supported while carrying out their important mission.” 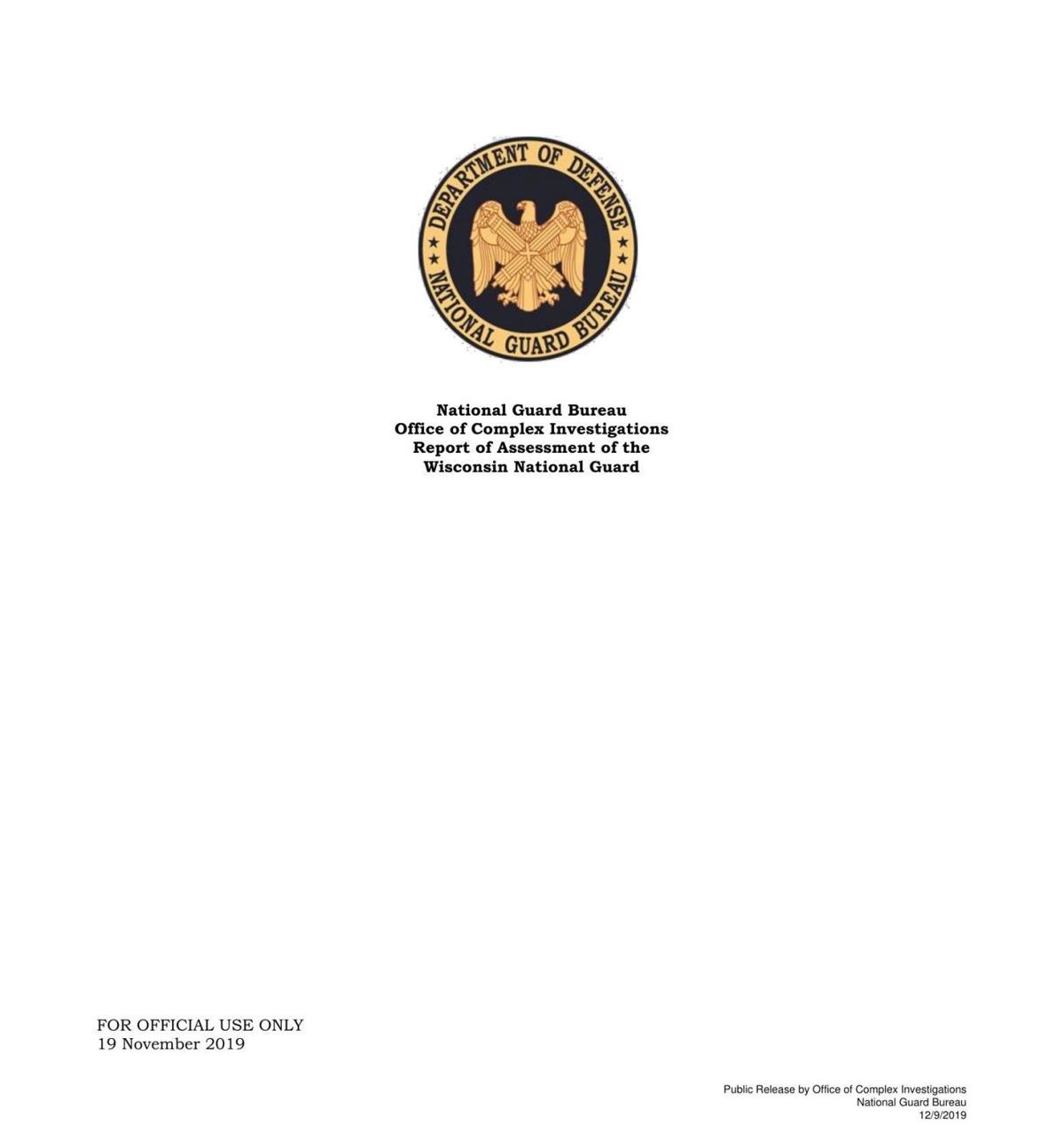 Once Dunbar resigns, Brigadier General Gary Ebben will replace him in an interim capacity until a permanent successor is named.

Among other things, the Office of Complex Investigations report found:

Department of Defense rules require that once the Guard receives an “unrestricted” report of sexual assault — one in which a victim authorizes an investigation — it must be immediately referred to an outside law enforcement agency. Victims also have the option of filing a “restricted” report, which doesn’t prompt an investigation but allows them to access support services.

However, the Guard violated federal rules by conducting internal investigations of 22 of the 35 unrestricted reports of sexual assault from May 1, 2009, through May 31, 2019, according to the OCI report.

Such internal investigations violated federal rules and were improper because the Wisconsin National Guard is ill-equipped to investigate allegations of sexual assault, according to the report, adding the Guard has insufficient resources and uses practices that run counter to federal procedures designed to provide oversight, prevent delays and limit personal bias in investigations.

Though they were supposed to hand off investigations to outside authorities, Wisconsin National Guard investigators even portrayed themselves as federal investigators.

“In some cases, these investigators identified themselves as ‘National Guard Bureau Investigators’ — even though they conducted their investigations exclusively under the auspices of the Wisconsin National Guard,” the report states.

According to the report, Dunbar, who has served in his role since 2007, didn’t view Department of Defense policies related to sexual assault protocols as applying to him.

“The Adjutant General interpreted … policy prohibiting the use of internal investigators as a policy that only encumbered ‘unit commanders,’ but not Adjutants General,” the report said.

The report makes several recommendations, including that the Wisconsin National Guard update or correct all policies and procedures to comply with federal law, request assistance from the National Guard Bureau for improvements and corrections, and enhance communication and coordination, both inside and outside the organization.

Evers on Monday issued an executive order directing the Wisconsin National Guard to implement the changes in a corrective action plan.

The Wisconsin National Guard will be reviewed next September to ensure that all changes have been implemented.

In a statement Monday, Baldwin said the OCI report underscores the need for new leadership and guidance at the Wisconsin National Guard.

“Our Wisconsin National Guard service members deserve leadership of unmatched integrity and a work environment free of sexual assault, harassment and the fear of retaliation,” Baldwin said. “This National Guard Bureau report makes clear they have received neither.”

Attorney General Josh Kaul said the state Department of Justice is working with Evers “to assess additional appropriate actions in light of the findings” in the report.

A U.S. Air Force investigation into the same allegations that spawned the OCI report is ongoing.

The Wisconsin National Guard received 52 reports of sexual assault between 2013 and 2017, with more than half related to military service.

Senate votes to restrict use of PFAS in firefighting foam

The GOP-authored bill on PFAS passed the Senate along party lines Tuesday. Democratic lawmakers argue the legislation does not go far enough.

State to collect $818 million more in revenue than projected

With the added revenue, Republican leaders have said they'd like to explore possible tax cuts, while Democratic lawmakers are more interested in investing in underfunded programs

Advocates say the commission will provide more transparency than Republicans' secretive process, but others note courts will have the final say.

The bill, authored by a bipartisan coalition and unveiled in April, would create the first statutory guidelines in Wisconsin for how to process sexual assault kits.

He was one of two GOP appointees on the three-member commission, which oversees the state’s electric, gas, water and telecom industries.

As Democratic Gov. Tony Evers enters his second year in office, he wants to take redistricting reform into his own hands.