Subscribe
Read Today's E-Edition
Share This
'I'm ready whenever you are': Jury sees final texts between Chandler Halderson and his parents
0 Comments
Share this
LUCAS ROBINSON

Chandler Halderson’s cellphone traveled to the remote, rural areas of Sauk County and the town of Cottage Grove where parts of his parents’ dismembered bodies would eventually be found, a criminal analyst with the state Department of Justice testified Wednesday, a dramatic revelation in the trial as the prosecution’s case nears its end.

In compelling testimony, jurors watched an animated map of Bart, Chandler and Krista Halderson’s cellphones moving throughout the region in the days following the elder Haldersons’ deaths last July.

After the July 4 weekend, Chandler Halderson’s cellphone traveled out to the state-owned land in Sauk County where his mother’s dismembered legs would later be found, said Courtney Ripp, the criminal analyst, as the presentation was shown in court. Over the ensuing days, his cellphone traveled multiple times to the town of Cottage Grove property where his father’s torso was eventually recovered. Halderson is charged with killing and dismembering his parents all while lying to investigators about their disappearance.

The hours of testimony and extensive evidence presented in the case has seldom provoked objections or intense cross-examinations from Halderson’s attorneys, led by public defender Catherine Dorl. That changed Wednesday.

Dorl argued against the admission of text messages between Chandler and his parents in the hours before their deaths. Circuit Judge John Hyland, who is presiding over the case, allowed the texts to be admitted.

The centerpiece of those texts was one Bart Halderson sent to his son the day prosecutors say Bart died, after he learned that Chandler had been lying for months about attending Madison Area Technical College. “I’m ready whenever you are,” it read.

Lies about his education and having a job, and his parents’ eventual unraveling of those lies, is what prosecutors say drove Chandler to kill his parents, dismember them and burn their bodies in the family fireplace before spreading what was left throughout southern Wisconsin.

Jurors got a deeper look Wednesday into exactly how prosecutors say those lies were spun, reviewing fake email accounts they said Chandler created to pose as MATC and American Family Insurance staff to string along his parents with the lie he was in school and had a job.

The email chains presented in court show Chandler trading emails with purported student advisers about receiving a copy of his transcript and a certificate for training in solar panel design and engineering.

In email exchanges spanning from September 2020 to June 2021, Chandler interacts with an “Alyssa Brandt,” “Aaron Hoover” and “Daniel Spieth,” none of whom have ever been employed at the college, the director of MATC’s employee relations testified Wednesday.

One of the exchanges, dated June 10, shows Chandler emailing “Brandt” demanding to speak with someone about obtaining his transcript.

“I need to have a call with whomever is in charge in the next 30 minutes. I have been a student for over 3 years and I will be treated fairly,” Chandler wrote.

In response, “Brandt” replies that she had forwarded Chandler’s message to a superior.

Records obtained through Google show that email and others were sent from the Halderson home’s IP address and that the accounts didn’t interact with anyone other than Chandler.

Chandler’s MATC transcripts introduced as evidence on Wednesday also show that he attended the college from the spring of 2018 to the fall of 2020, though he mostly withdrew or failed classes like “Basic Statistics” and the “Psychology of Human Relations.”

As Bart Halderson grew frustrated over not obtaining Chandler’s transcripts, he called MATC only to be told that his son had not been enrolled in classes as he claimed, the school’s enrollment coordinator, Omar Jobe, testified on Wednesday.

Bart would eventually die by multiple gunshot wounds to the back, officials with the Dane County Medical Examiner’s Office have testified. A precise cause of Krista Halderson’s death has not been determined though it has been ruled a homicide.

The last text she sent to her son read, “hope things are going well. Thinking about you :).”

Over the coming weeks, investigators would eventually recover Bart’s torso at the town of Cottage Grove property, which is tied to Chandler’s former girlfriend. A rifle, saws and bloodied tarps were also found on the property. Krista’s legs were found later on the state-owned land in Sauk County.

The day he was arrested for lying to investigators, Chandler was searching Google for news items about bodies being found in Wisconsin, testified Ripp, the state criminal analyst. Chandler also searched for a state appeals court ruling in the case of Peter Kupaza, a Wisconsin man who killed and dismembered his cousin in 1999.

On Tuesday, jurors saw evidence from the Wisconsin State Crime Lab showing Chandler’s fingerprints were on duct tape attached to a tarp covered in his father’s blood that was found at the town of Cottage Grove property. Other evidence shown to jurors on Tuesday included a bullet fragment found in the Halderson basement was fired from the SKS rifle prosecutors say Chandler used to shoot his father, analysts testified.

The rifle in question was given to Chandler as a gift from Andrew Smith, a Kansas man who took the witness stand on Tuesday. Smith met Chandler playing online video games, he testified, and when he visited Chandler weeks before the death of his parents, Chandler had hid the rifle in the family basement.

Chandler Halderson remains in the Dane County Jail on $1 million bond. He is next in court on Sept. 1. 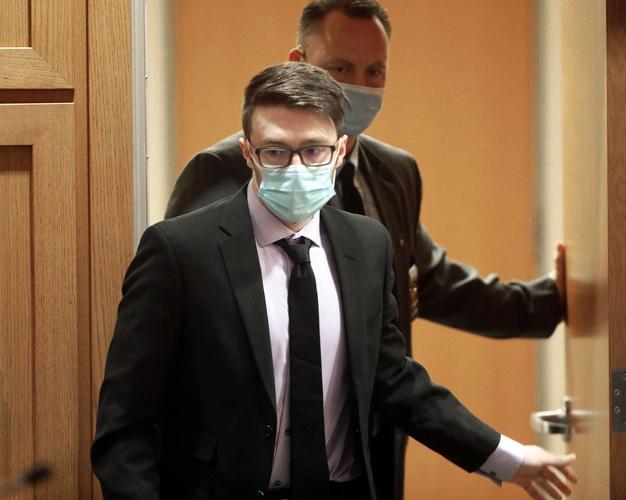 Chandler Halderson enters Dane County Circuit Court for the opening of his trial. 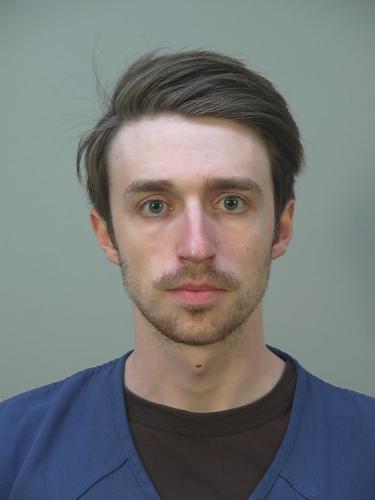