A Wisconsin judge on Wednesday found probable cause to charge a police officer in the 2016 slaying of a Black man who was sitting in a parked car, taking the rare step of overruling prosecutors years after they declined to charge the officer.

Milwaukee County Judge Glenn Yamahiro said probable cause existed to charge Joseph Mensah with homicide by negligent use of a weapon in Jay Anderson Jr.'s death. He will appoint a special prosecutor in 60 days, who will then determine whether to file charges.

Yamahiro's decision marks a victory for Anderson's family, who took advantage of a little-used provision in state law to ask the judge for a second look at the case.

Anderson family members who were in the courtroom cried as the judge announced his decision. Their attorney, Kimberly Motley, said the family was overcome with job, sadness and satisfaction.

"It's bittersweet in a way," Motley said. "You can't just be completely happy about it because Jay Anderson Jr. is not here. But it definitely gives validation to the family's fight for over five years."

Mensah, who is also Black, discovered the 25-year-old Anderson sleeping in his car at 3 a.m. in a park in Wauwatosa, a Milwaukee suburb. Mensah said he shot Anderson after Anderson reached for a gun, but Anderson's family disputes that and the judge on Wednesday said the evidence did not back up Mensah's version of events.

Mensah's attorney Jonathan Cermele criticized the decision and said Yamahiro heard evidence "from one side and one side only."

It will be up to the special prosecutor to decide whether to file charges, said Motley, the Anderson family attorney. But she was confident that the evidence and record created by the judge is clear.

"I can't see any lawyer not criminally charging Joseph Mensa," she said.

Anderson was the second of three people Mensah shot to death during a five-year stint with the Wauwatosa Police Department. Prosecutors cleared him of criminal wrongdoing in each case.

Anderson's family asked Yamahiro to review that case under an obscure state law that allows judges to directly question witnesses and decide whether probable cause exists to bring charges in what's known as a John Doe proceeding. At least six other states have similar statutory provisions, but attorneys say the process is rarely used in Wisconsin.

The judge said he decided that the single charge against Mensah was warranted based on testimony about the circumstances of the shooting. Mensah should have been aware that pulling his weapon on Anderson created an unreasonable risk of death, Yamahiro said.

Mensah could have taken steps to de-escalate the situation, including waiting for backup that was on the way, the judge said.

Anderson's behavior was consistent with someone who was intoxicated, had been asleep and was trying but having difficulty complying with Mensah's orders, Yamahiro said.

The evidence did not back up Mensah's claims that Anderson was pretending to be asleep or that Anderson lunged for his weapon, the judge said.

The judge also noted problems with the investigation and cited what he said were structural defects with having neighboring law enforcement agencies investigate one another and nearby district attorneys make charging decisions.

Mensah joined the Wauwatosa Police Department in 2015. That year he fatally shot Antonio Gonzales, who identified as Latino and American Indian. Prosecutors said Gonzales refused to drop a sword.

The Anderson shooting came the next year. Then, in 2020, Mensah fatally shot 17-year-old Alvin Cole as Cole fled from police during a disturbance in a mall. Mensah said he shot Cole, who was Black, after he pointed a gun at him. That set off months of protests. Milwaukee County District Attorney John Chisholm's decision not to charge him in that shooting led to more protests in Wauwatosa in October.

Mensah remained under pressure even after being cleared in Cole's death and resigned in November. He collected a $130,000 severance payment and now works as a Waukesha County deputy, another Milwaukee suburb.

Kimberly Motley, the Anderson family's attorney, also represents the Gonzales and Cole families. She said she is considering invoking the John Doe process for them.

Witnesses: Suspect in slayings of 4 met victim at bar

Police have arrested one suspect and are seeking another in connection with the fatal shootings of four people found in an abandoned SUV in western Wisconsin.

A Wisconsin Dells man faces 90 years in prison after being charged with repeatedly sexually assaulting a woman in retaliation for her refusal to sign legal documents.

U.S. Reps. Gwen Moore and Ilhan Omar are calling on the secretary of defense to investigate "possible mistreatment and/or neglect" faced by Afghan refugees in Wisconsin.

The board had previously not required masks in schools after some in the public voiced opposition.

After getting angry during a date, man sets Kenosha building on fire, police say

The 31-year-old man was charged with arson, burglary, criminal damage to property, threat to law enforcement and with 33 counts of felony bail jumping. 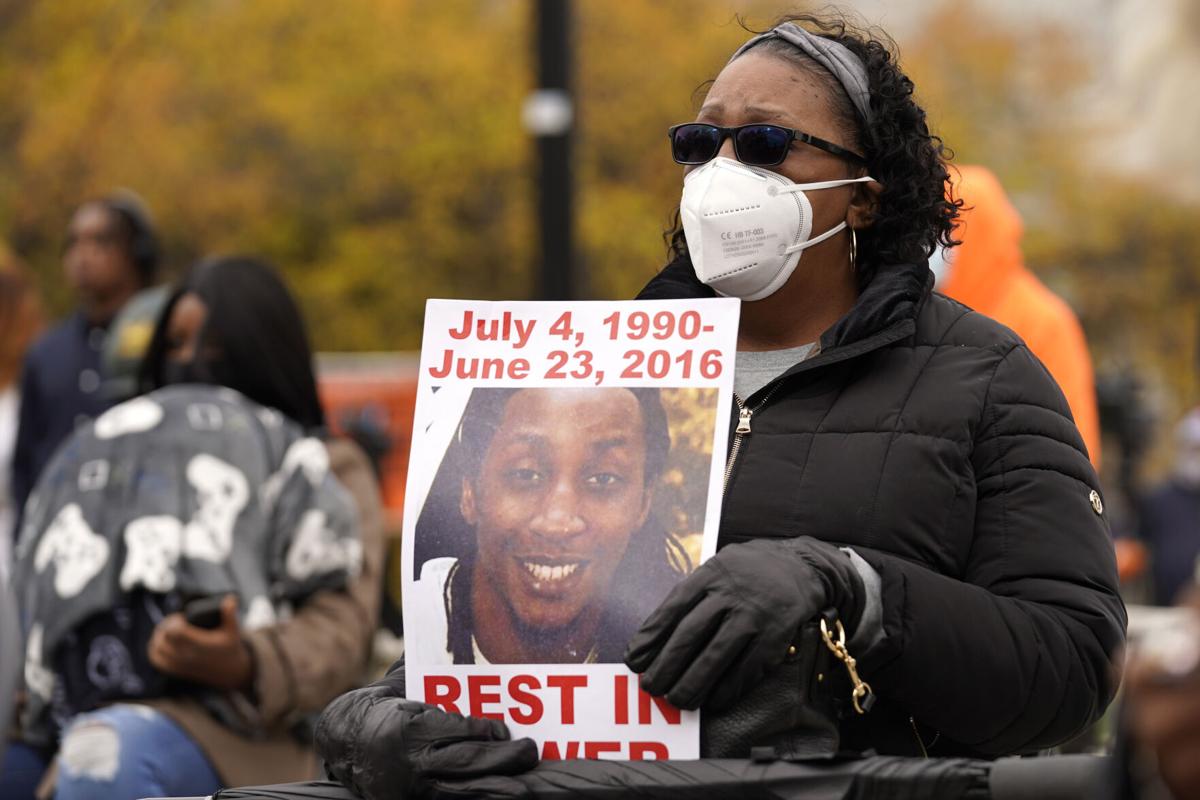 In this Oct. 29, 2020 file photo, Jay Anderson's mother, Linda Anderson, holds a sign during a Get Out The Vote rally in Chicago. Jay Anderson was fatally shot by police in 2016 in Wauwatosa, Wis. 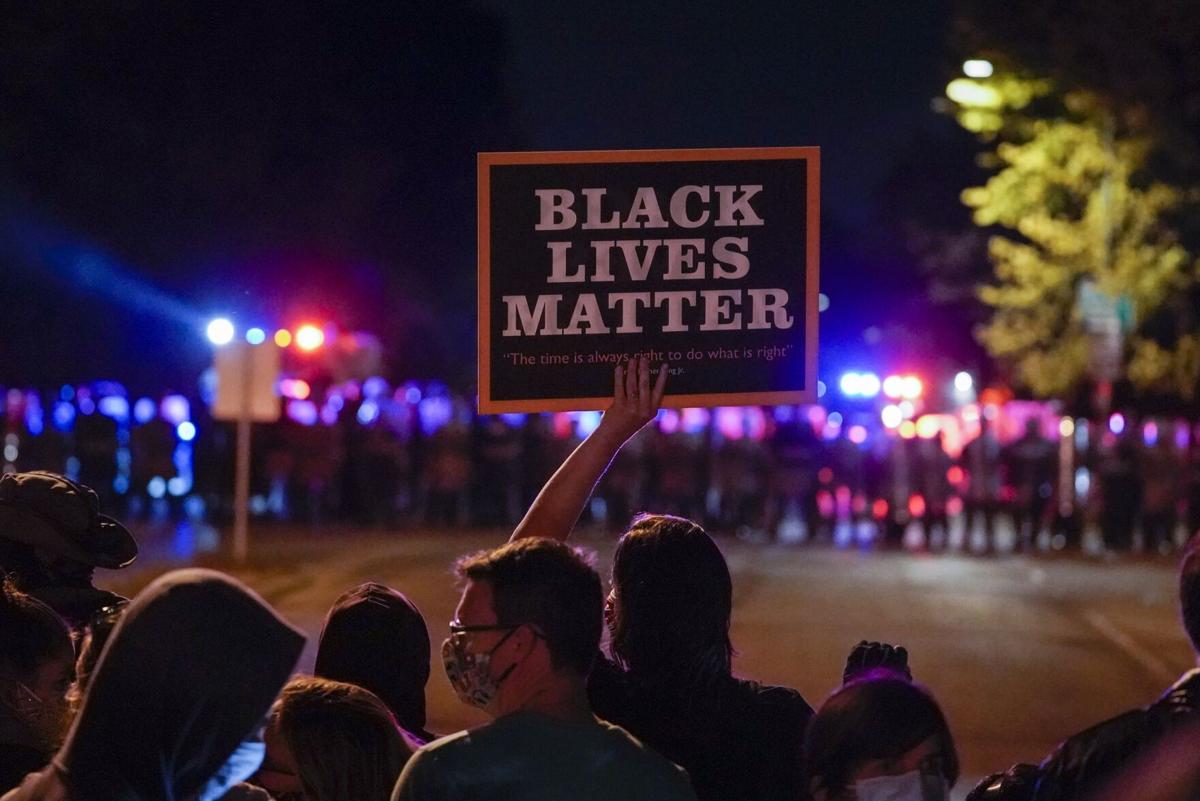 In this Oct. 2020, file photo, protesters and police line up in Wauwatosa, Wis., in the case against Wauwatosa Police Officer Joseph Mensah for the Feb. 2 fatal shooting of 17-year-old Alvin Cole at Mayfair Mall.