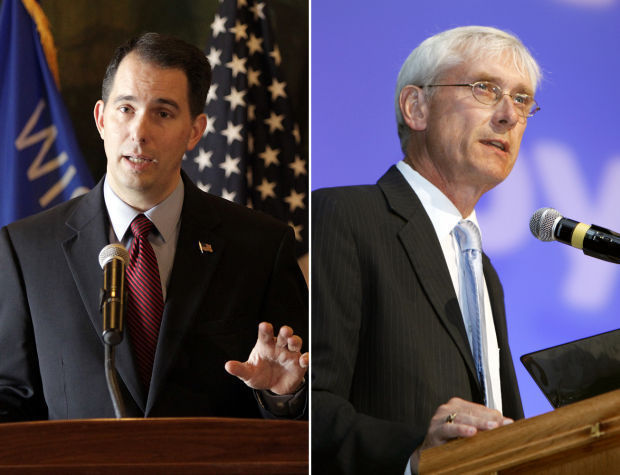 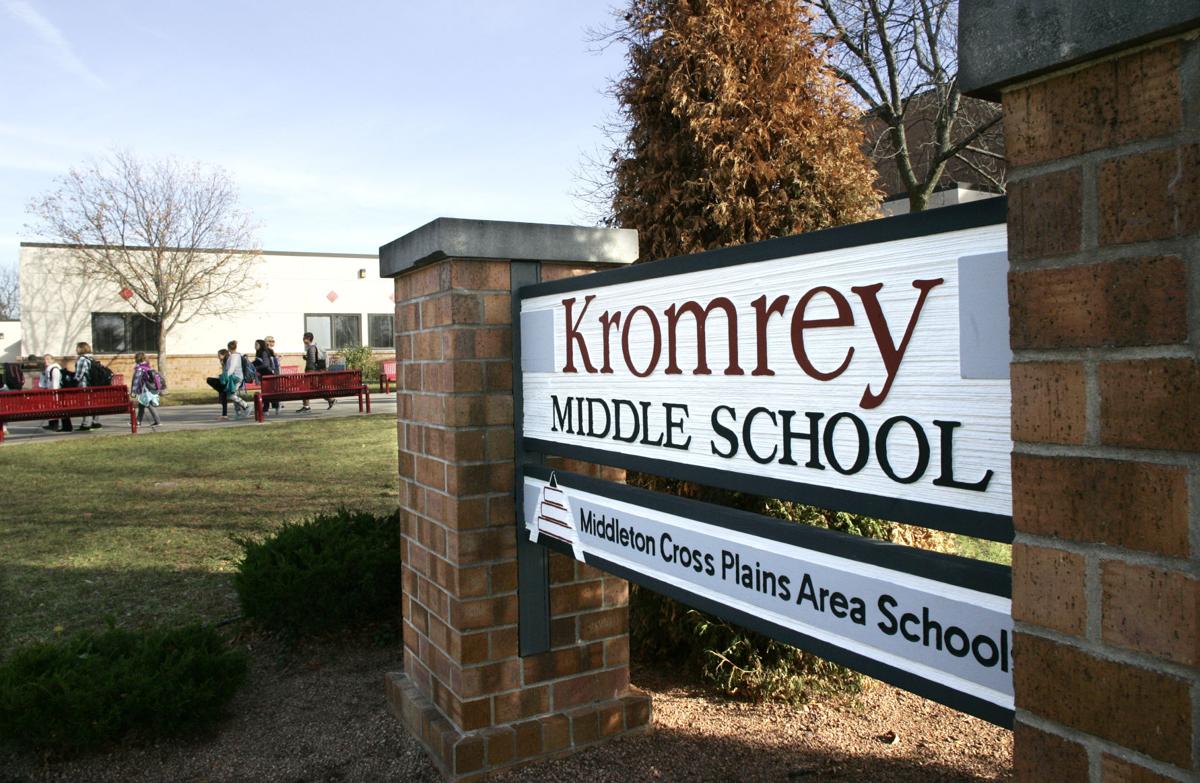 Ever since State Superintendent Tony Evers launched his gubernatorial campaign, Republicans have been hammering him over his role in a 2009 case that rocked a Dane County school district involving a middle school teacher who looked at pornography during school hours.

Republicans last week and again on Monday used the case to argue that Evers, who did not revoke the teacher’s license, is unfit for the job he wants to take away from Gov. Scott Walker, and there’s no sign the issue will go away before the August primary election.

“The school board went to great lengths to terminate this person’s employment to a tune of $1 million, and when I think of that irresponsibility as well on the part of Tony Evers, that he could have stepped in but instead there’s a million-dollar lawsuit,” said Sen. Leah Vukmir, R-Brookfield, on a phone call Friday with reporters organized by the Republican Party of Wisconsin.

Evers maintains he didn’t have the legal authority to revoke Andrew Harris’ license because the teacher’s actions didn’t involve children — a “loophole” in state law he worked with lawmakers to fix in 2011 because of the case.

“It did not fit the law,” Evers said on Friday, dismissing the continued criticism of his decision. “So, therefore we recognized the problem and we fixed it by working with legislators to change the law.”

Meanwhile, the district that spent hundreds of thousands of dollars to fire Harris now backs him and challenged Republicans’ suggestion that children are unsafe in his classroom because of Evers’ decision.

“We are absolutely not concerned. The case was never about that,” Middleton-Cross Plains district spokesman Perry Hibner said, adding the teacher “has done great work since his return, as his students and their families will attest. We have moved ahead and our focus continues to be on making sure every student feels included and inspired every day.”

Harris, a Middleton-Cross Plains middle school science teacher, was one of seven teachers in the district in 2009 found looking at and sharing emails that included material ranging from lewd and sexually explicit jokes to photos of naked women — one of which showed a woman’s genitals up close.

A complaint by a female teacher whom Harris had shown an image of a nude woman prompted an investigation, which determined 23 emails Harris received from his sister over several years violated the district’s policy on acceptable internet use. A subsequent districtwide review found other teachers also viewed or shared inappropriate content. The teacher further alleged Harris made sexually explicit comments about female middle school students for years.

Harris was fired in 2010 but sought to get his job back after the other six employees were given suspensions or a reprimand. An arbitrator settling a grievance filed by the district’s teachers union over the matter ruled Harris should be given a suspension rather than be fired because the other employees were given lesser punishments for similar offenses. The ruling was upheld by circuit and appeals court judges, and Harris returned to work in 2014 when the Wisconsin Supreme Court declined to take up the Middleton-Cross Plains School District appeal of the rulings — a lawsuit that cost the district about $1 million in legal fees and back pay.

Before Harris returned to work in January 2014, one concerned parent asked Walker to intervene. The governor’s office initially directed the parent to speak to the Middleton-Cross Plains School Board about the matter, but a day later Walker sent a letter to Evers urging him to revoke Harris’ license, saying “the arbitration process afforded to Mr. Harris failed the school district and the students.” Walker argued there was legal standing to initiate the process.

Now Republicans are focusing on Evers’ subsequent decision not to do so.

The Department of Public Instruction, which Evers oversees, in an April 2014 letter to Harris explaining the decision said while Harris’ conduct was “highly inappropriate,” his actions did not meet the legal definition of “immoral conduct” for teachers at the time Harris viewed the pornography because children were not exposed to the material. A DPI official wrote in the letter that Harris’ license would not be revoked citing Wisconsin Supreme Court rulings that said new laws cannot be retroactively applied.

Lawmakers and Evers worked to pass legislation in 2011 that said immoral conduct includes looking at pornography on school computers — a law that was prompted in part by Harris’ case.

Evers argued he could not have taken an action that was not supported by the law.

“That’s not what constitutional officers do. We see a problem. We fix it,” Evers said. “If it happened today, we would have pulled the license.”

But Mark Morgan, executive director of RPW, said Evers “could have at least tried and at least taken action and he refused to.”

Morgan and Republicans also point to allegations made by the teacher who complained that Harris made sexually explicit comments about female students’ appearances and sexual activity at Glacier Creek Middle School, where the two taught, as enough basis to pursue license revocation.

According to a 2010 report on the district’s investigation into the matter, the teacher said Harris’ comments about female students “ebbed and flowed” over nine years.

But Tom McCarthy, spokesman for the DPI, said department officials could not confirm those allegations. The teacher who made the claim refused to swear to them under oath, and the department did not have the power to directly subpoena her, McCarthy said.

“The arbitrator couldn’t take it at face value either, so she couldn’t substantiate it and neither can we,” Evers said. “For them to sit back three years later and nitpick is ridiculous. I’m proud of the fact that we changed the law. It’s unfortunate that Republicans have decided to spend all their time on Andrew Harris. That playbook is beneath them and us.”

Morgan said the DPI should have given more weight to the initial district investigation report that included the allegations.

Harris’ lawyer William Haus said Harris is a “little troubled” by the case resurfacing in the news and pointed out there have been no complaints about Harris since he returned to work at Kromrey Middle School nearly four years ago.

“He never touched a kid … No kid ever got exposed to it,” Haus said. “To try to just destroy people for no reason because you’ve got some political game you’re trying to play … he’s just trying to live his life and teach.”

Eight of the Democratic candidates competing for a chance to run for governor took aim at the same target during their debate Monday night: Wi… 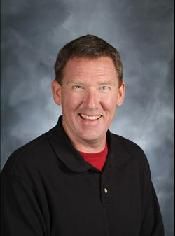 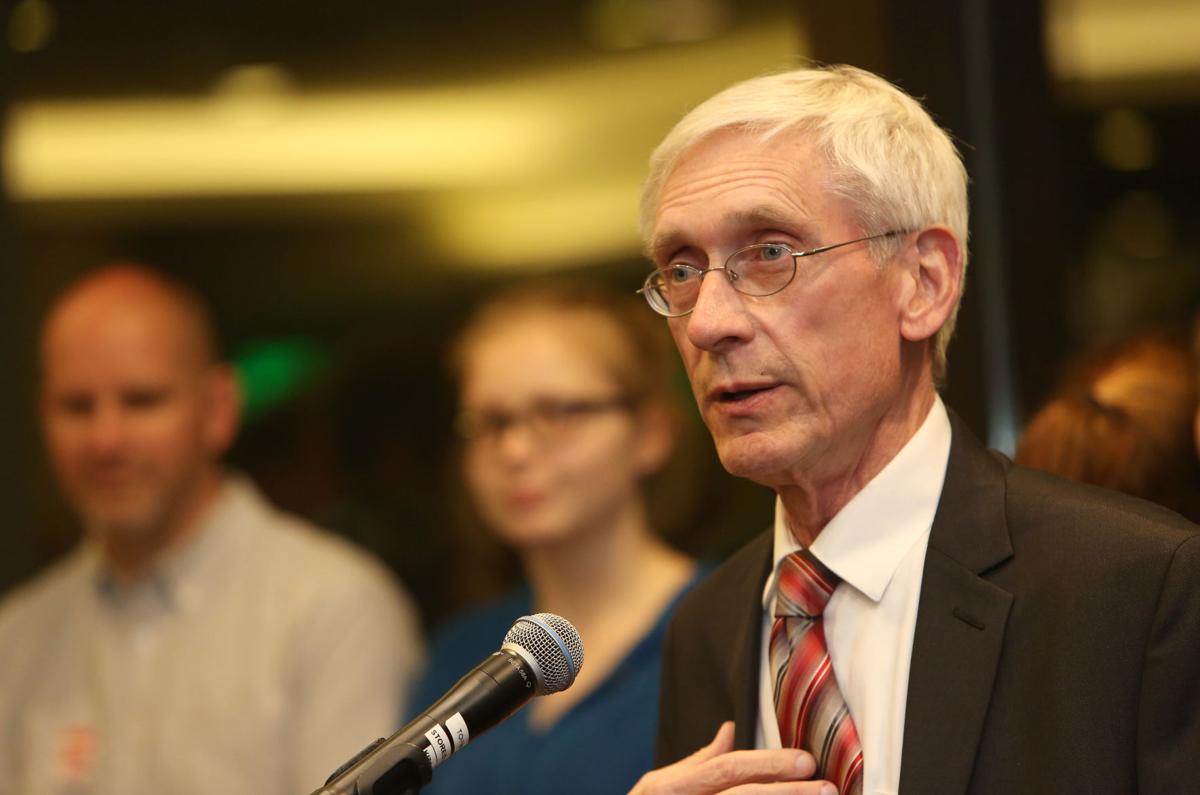