MINNEAPOLIS — Legislation that would legalize cannabis use for adults and expunge most minor marijuana convictions is expected to head to a full floor vote in the Minnesota House next week after a dozen hearings — the first time that a legalization bill has advanced so far in the state Legislature.

Democratic House Majority Leader Ryan Winkler, of Golden Valley, the bill's author, held forums in more than a dozen cities across the state to bolster support and develop the proposal, which he said has been steadily gaining momentum on its journey to its 12th and final hearing Friday.

"By involving so many people, by listening to concerns and by trying to address those concerns ... we've built a lot of support," Winkler said in an interview. "First among Democrats in the House and now increasingly with Republicans in the House — so far four Republicans have voted for the bill in committee and I expect to pick up more as we move to final passage in the House."

Democrats have framed legalization as a racial equity issue in the state's criminal justice system, which sees Black people arrested for marijuana more often than white people despite similar usage rates. Winkler said every community he visited during his tour pointed to equity as a crucial component, and he called it a "top reason" for shepherding the proposal forward.

According to the National Conference of State Legislatures, 15 other states plus the District of Columbia have already legalized recreational marijuana for adults to varying degrees. Neighboring South Dakota, a heavily Republican state, passed it with 54% of the vote in November, although it still faces a court challenge there.

Minnesota is one of many states that allow medical marijuana, but its restrictions are some of the country's strictest.

Republican Rep. Pat Garofalo, of Farmington, said apprehension from Republicans comes from the complexity of the proposal, which touches labor laws, criminal law, sentencing, taxation and several other areas. Though he said he believes the proposal still needs work, Garofalo said Democrats' acceptance of his amendment to use extra tax revenue from cannabis sales for a tax relief account appeals to fiscal conservatives, and he called the move a "big step in the right direction" toward garnering more support.

The legislation is likely to pass the Democratic House whenever it comes up next week but its chances remain slim in the Republican-controlled Senate, where Republican Sen. Warren Limmer, of Maple Grove, chairman the public safety and judiciary committee, is seen by Democrats and activists as a roadblock.

GOP Senate Majority Leader Paul Gazelka, of East Gull Lake, said early in the legislative session in February that he didn't see cannabis legalization as a priority and that the effects of legalization in other states should be studied first. His spokeswoman said that leaves the caucus' position with less than two weeks before the end of the regular session on May 17.

Statewide ballot initiatives or referendums posed to voters — a method that other states have used to legalize cannabis — are not authorized in Minnesota, which Fatehi said makes legalization more challenging in the state. Fatehi said she and her organization see the 2022 election as the path forward.

"I think after this year, after (the proposal) making it off the House floor, Minnesotans are really ready for legalization and now they have something to look to in terms of differentiating between which legislators voted for the bill and which ones stood in opposition," she said. "It's going to be of major electoral consequence."

Who are they? MN children reported missing as of May 7

These are recent reports of missing children made to local law enforcement. If you think you have seen a missing child, contact the National Center for Missing & Exploited Children at 1-800-THE-LOST (1-800-843-5678).

The new kinds of workers would join dentists, hygienists and dental assistants in providing dental care.

The former Ganser Dance Hall, a family home for the past 20 years, is removed but Dane County officials have begun organizing in an effort to find a solution for the northwestern Dane County lake.

Tiffany said making Juneteenth a federal holiday would only further divide the nation.

The UW System is eliminating its monthly payroll cycle and will instead pay all employees every two weeks, a change that affects nearly 33,000 UW employees.

The primary threat will be winds gusting to 60 mph, with a lower threat for large hail, while heavy rain may cause localized flooding, according to forecasters.

Their children, who were 8 and 6 at the time, testified about what they remember of the events surrounding their mother’s death. They believe their father is innocent.

About 70 employees were evacuated safely from the plant, and one firefighter suffered a minor injury.

“I think of it as disrupting the very front of the school to prison pipeline,” Lambert said. “I’m trying to get out in front of those processes that alienate kids from school and drive them into other oppressive systems.”

Six people were arrested following an armed burglary and vehicle pursuit through a campground in Adams County. 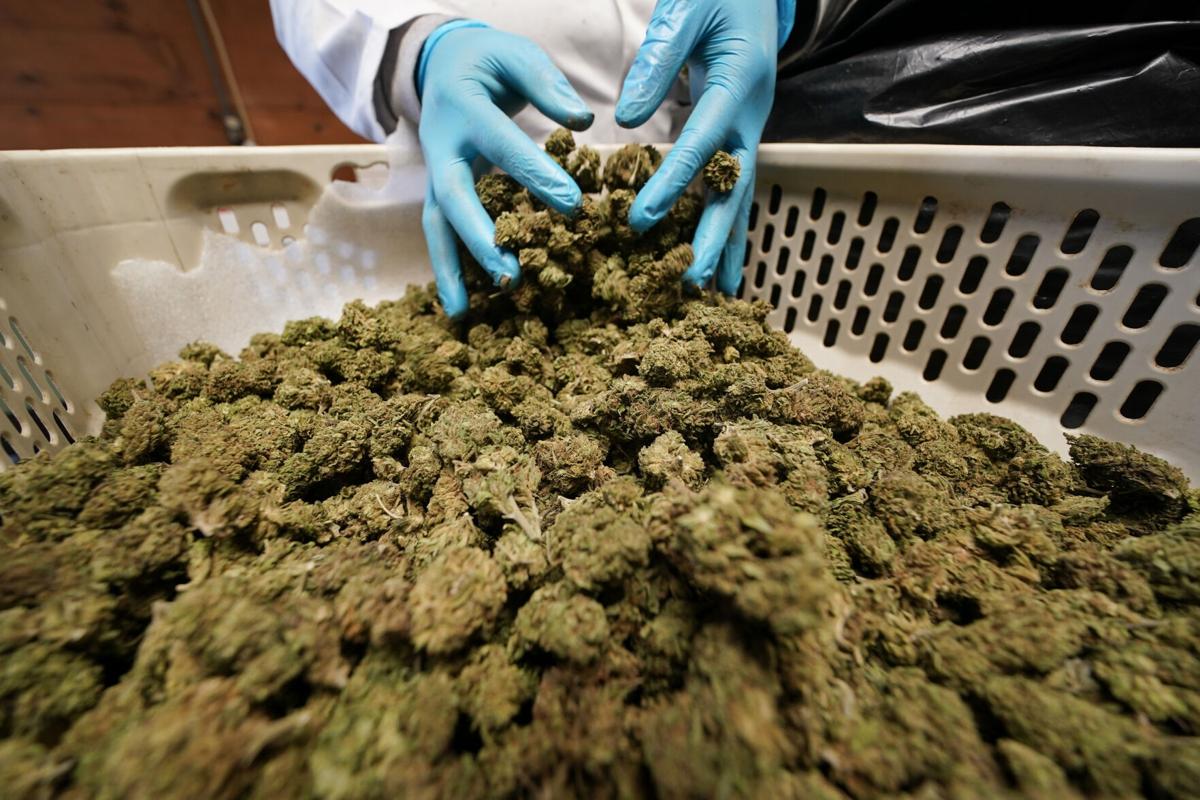 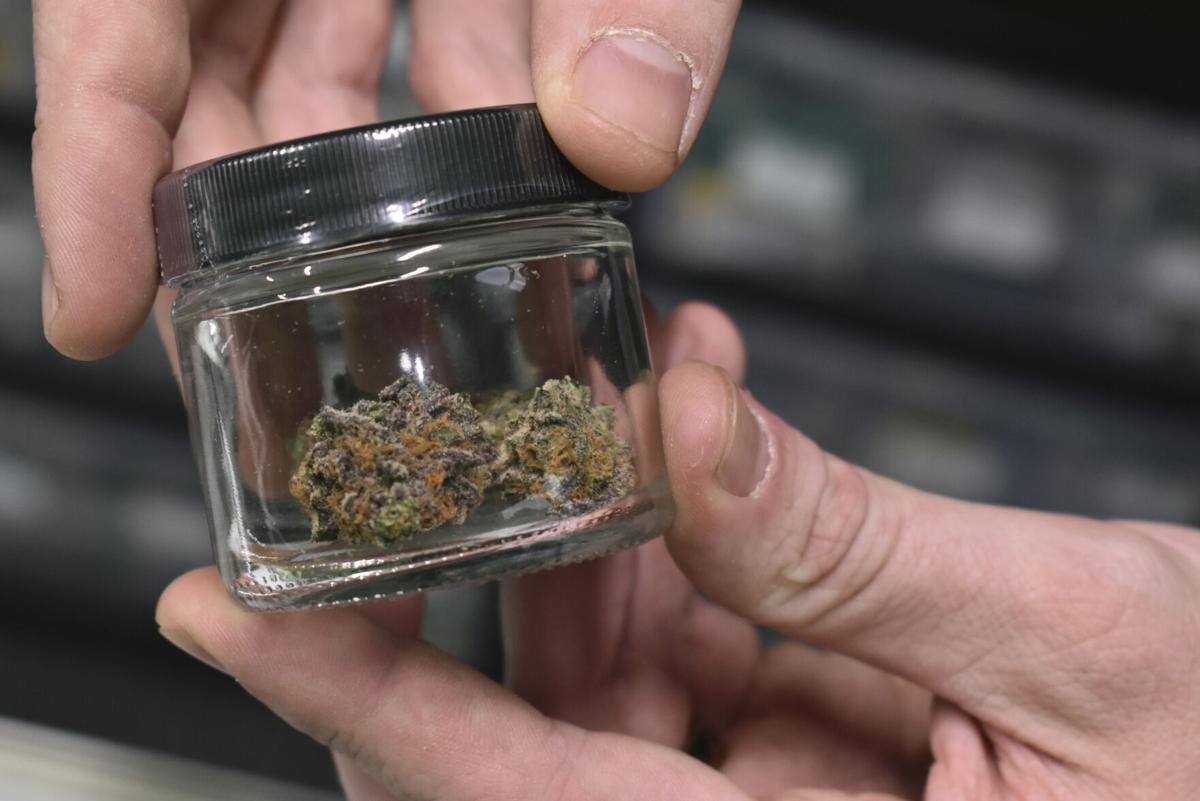 This Nov. 11, 2020 file photo a worker holds up a jar with marijuana offered for sale at Montana Advanced Caregivers, a medical marijuana dispensary, in Billings, Mont.