Become a Member
Read Today's E-edition
Share This
More than 15,000 without power as thunderstorms roll through southern Wisconsin
0 Comments
Share this

More than 15,000 were without power Tuesday night in Wisconsin as a massive series of thunderstorms rolled across the state, damaging trees and taking down power lines.

According to Alliant Energy's outage map, a total of 11,634 customers in the state were without power as of 7:30 p.m.

In the Madison area alone, an additional 4,244 customers of Madison Gas and Electric were facing power outages as of 7:35 p.m. A major outage affecting more than 1,300 customers was reported just after 7 p.m. on Madison's South Side, spanning an area from Fish Hatchery Road to Park Street.

Earlier in the night at 7 p.m., more than 1,800 customers were without power in Columbia County to the north, but Alliant Energy restored power to more than 1,000 of those customers by 7:30 p.m.

A severe thunderstorm warning was in effect for southeastern Dane County, as well as Rock and Jefferson counties, until 7 p.m. Tuesday.

The National Weather Service said to expect winds up to 60 mph, and damage to roofs, siding and trees. Just before 7 p.m., tree damage was already reported in Rock County near Janesville.

Around 8:15 p.m., the Madison Police Department said it was dealing with many downed trees and power lines, including near Atwood Avenue on the city's East Side.

The Stoughton Police Department urged residents to avoid driving in the city because of numerous fallen trees blocking the roadways and flooding.

A heat advisory was also in effect for Dane and several other counties until 7 p.m.

Photos: Check out these epic shots of past Madison-area storms

Tornado leaves Barneveld in ruins in 1984

Tornadoes rip through Stoughton in 2005

Tornadoes rip through Stoughton in 2005

Branch breaks through wall in 2006

Madison residents dig out from under 2012 snow storm

Crews clean up fallen trees in 2014

Heavy rains cause flooding in 2014

Storm clouds loom over area in May 2017

Flooding in Tenney Park in 2018

A twister touched down briefly near Dodgeville around 6:30 p.m., prompting the tornado warning for Iowa and Dane counties, but the storm dissipated before hitting Dane County. 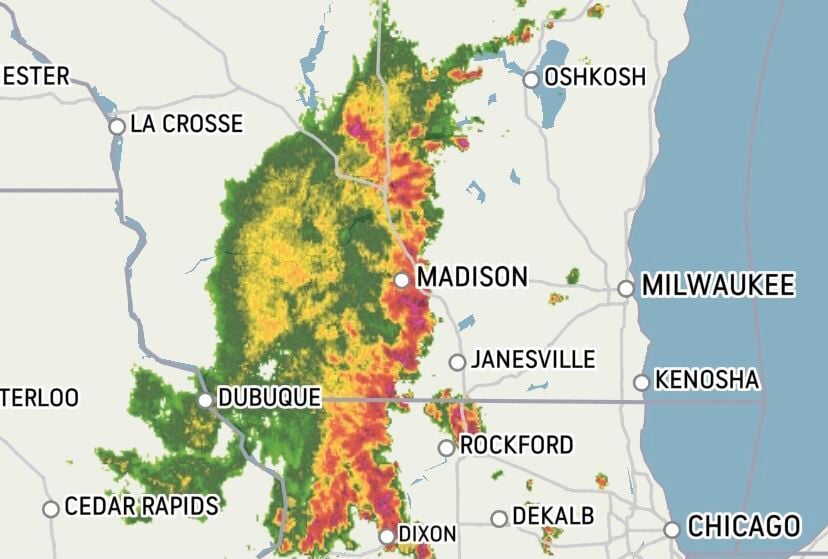 A massive series of storms rolled across Wisconsin Tuesday evening. 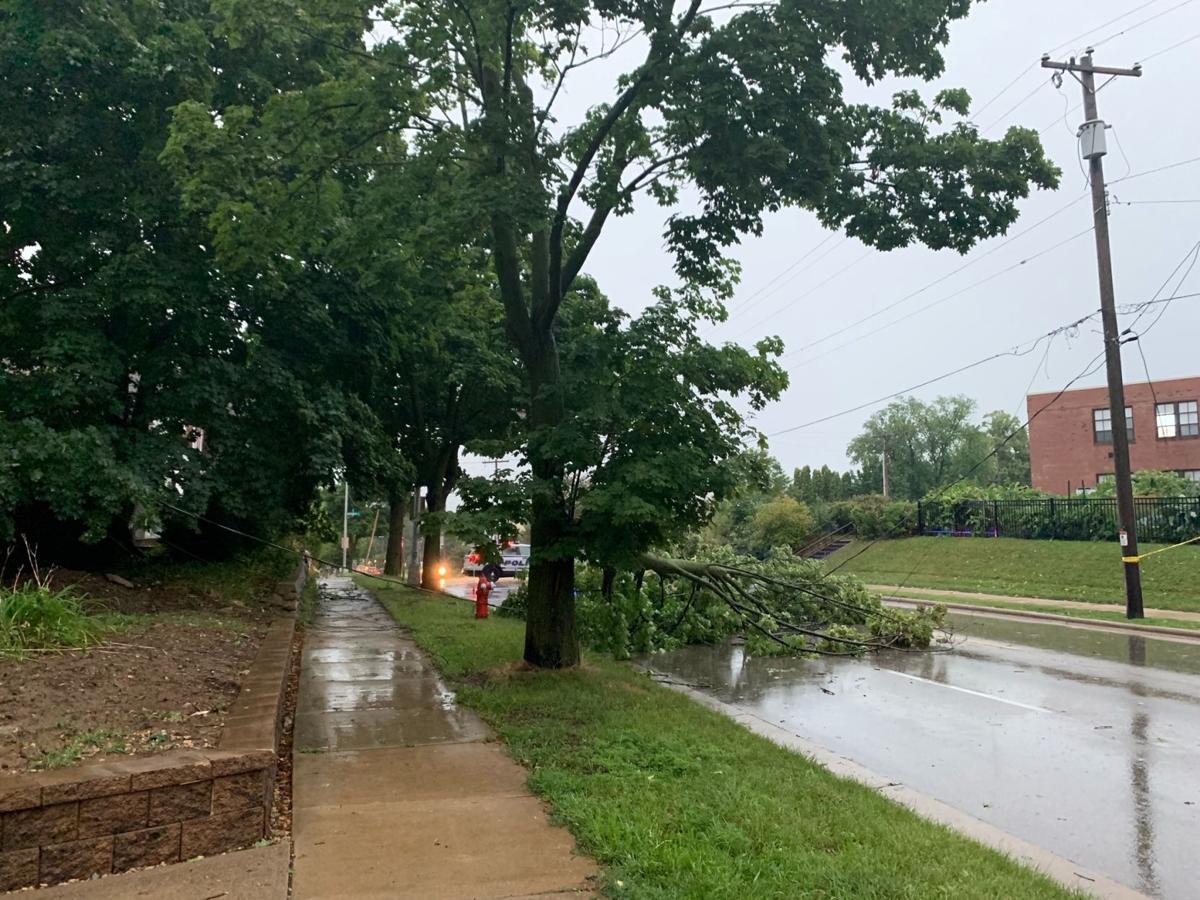 Tree branches near Atwood Avenue in Madison took down power lines on Tuesday as thunderstorms rolled through southern Wisconsin.