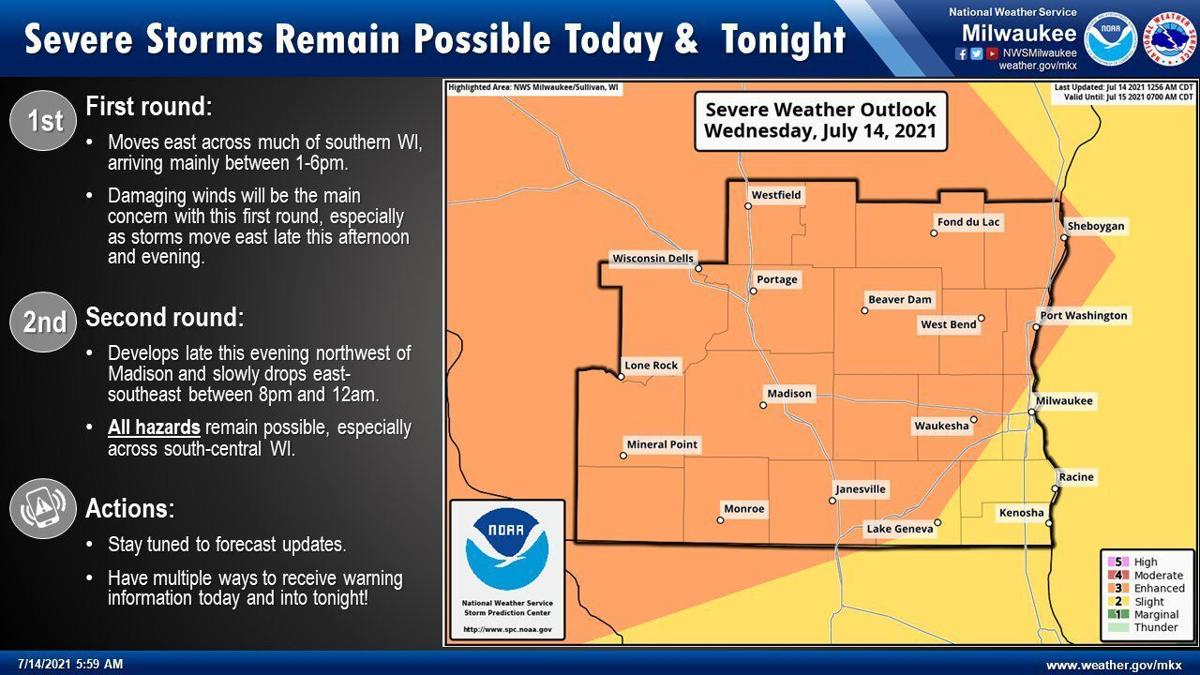 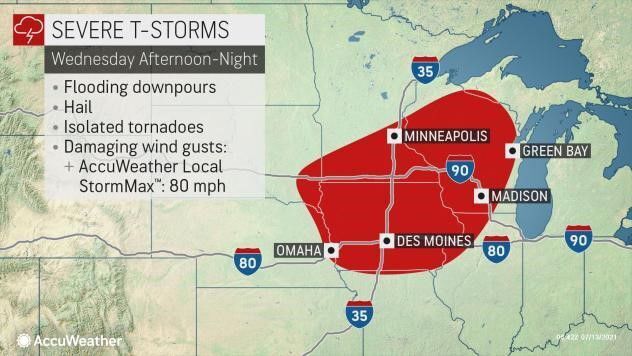 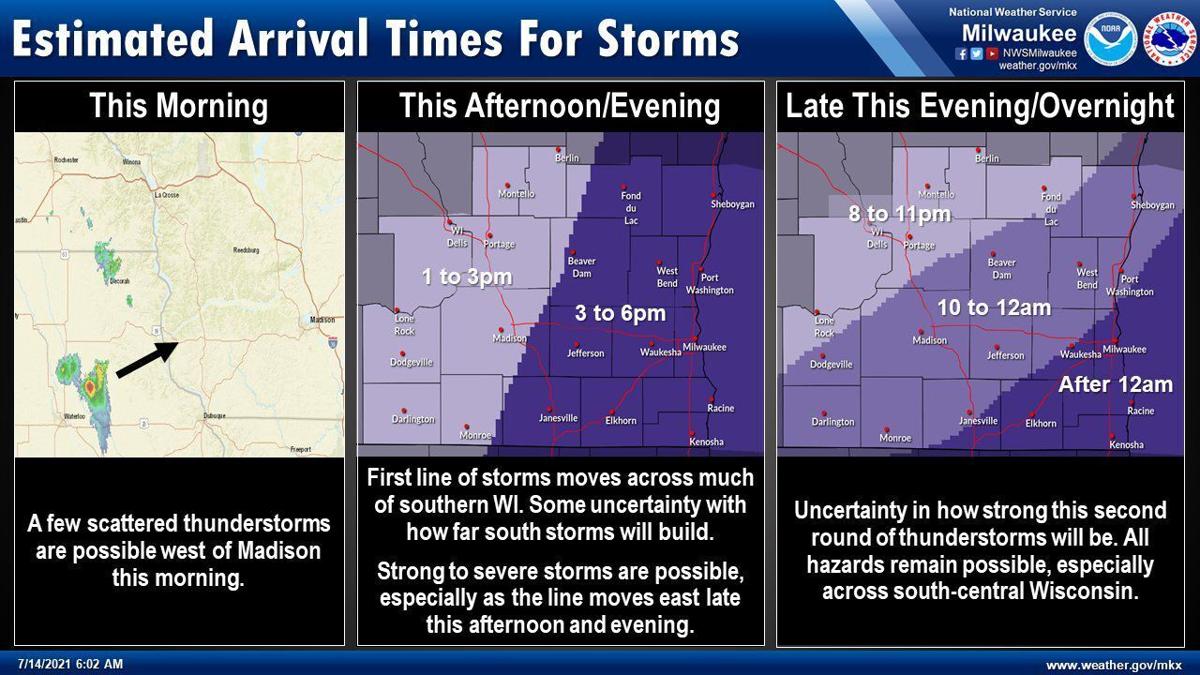 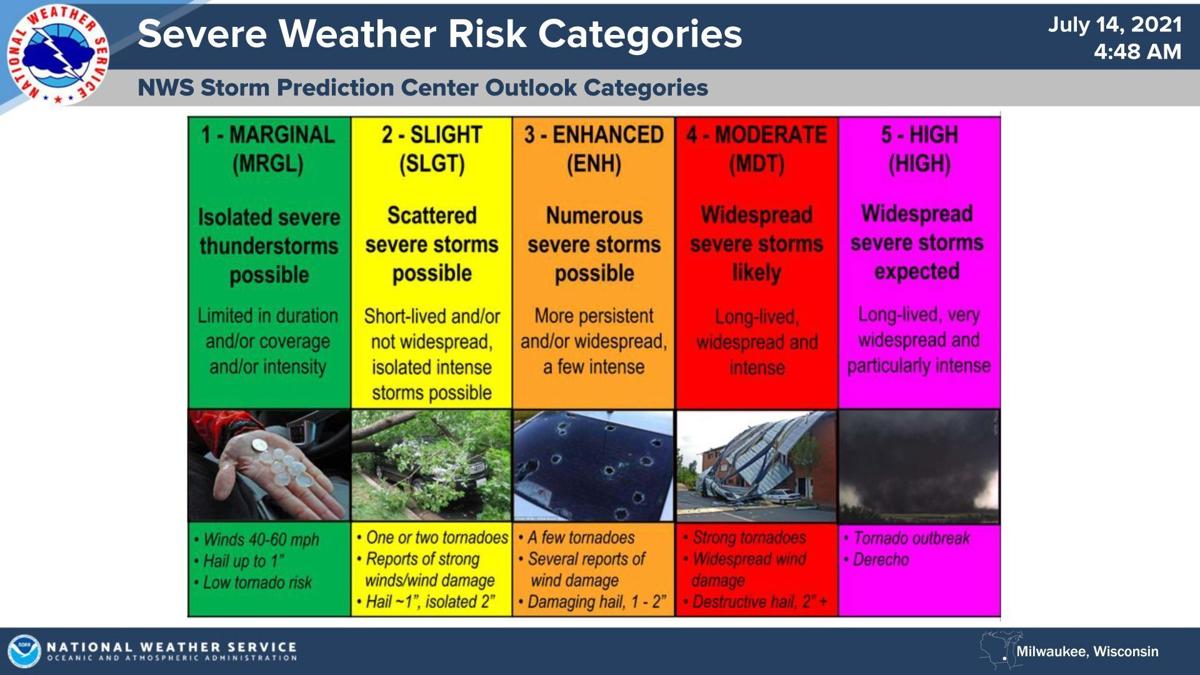 Tornadoes, large hail, strong winds and flooding are possible as two rounds of thunderstorms are expected to hit southern Wisconsin on Wednesday afternoon and night, according to forecasters.

Hail reaching an inch in diameter, winds gusting to 80 miles per hour, and several brief tornadoes and localized flooding are possible in the second round.

Storms and rain will linger through Thursday evening, but no severe weather is expected Thursday.

A small but focused southward dip in the jet stream is forecast to interact with a frontal zone to set off the storms that may evolve into one or more large complexes of severe weather Wednesday afternoon and night, AccuWeather said.

In Madison on Wednesday, there’s a 60% chance for showers and storms, mainly after 5 p.m., with some storms possibly reaching severe levels, and a quarter- to half-inch of rain possible. The high should be near 81 under increasingly cloudy skies, with south winds at 5 to 10 mph, the Weather Service said.

Overnight, showers and storms should occur mainly after 11 p.m. and may reach severe levels, with possible rain totals of 1 to 2 inches, as the low falls to around 68.

There is an 80% chance for showers and storms Thursday and a 60% chance Thursday night, with possible rain totals of a quarter- to half-inch Thursday, and less than a tenth of an inch Thursday night. The high should be near 72, with southwest winds around 10 mph turning out of the northwest in the afternoon, and the low around 62.

The Weather Service said quiet weather will follow, with no chances for precipitation from Friday through Tuesday.

From the archives: Deadly tornado leveled Barneveld in 1984

Watch now: The science behind tornadoes

Tornadoes are one of the most powerful and violent weather phenomena. Although the details of tornado formation are still being researched, th… 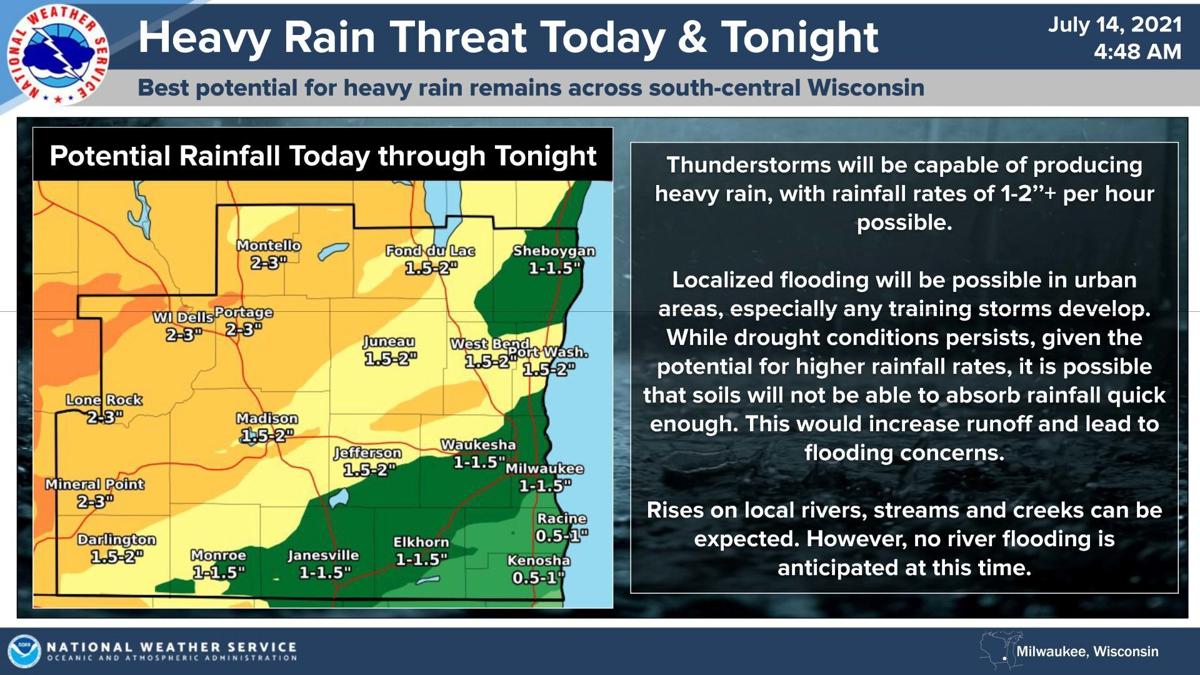