Become a Member
Read Today's E-edition
Share This
Watch now: A Midwest forecast to be thankful for? New Midwest meteorologist gives his take
0 Comments
Share this

Two frontal systems will bring a variety of weather for the holiday weekend.

Few weeks bring more attention to the weather than the week of Thanksgiving, when family gatherings are on nearly everyone's minds and itineraries.

Here’s a look at what to expect across the Midwest.

Wednesday: With most of the region on the warm side of a cold front, there's not much to complain about from a temperature perspective. Many will see high temperatures in the low to mid 50s, 5-15 degrees above normal for this time of year. The only catch is that it will be a windy day.

Many will see wind gusts of 30-35 mph during the afternoon. If you’ll be hitting the roads during daylight hours, there's no rain to worry about. However, as the cold front pushes east, scattered rain showers are expected to develop during the evening hours from southeast Iowa and Wisconsin and areas east.

Rain looks to be most widespread across Southern Illinois. The good news is most of the rain will be light to moderate, and the greatest chance is actually during the overnight hours. It shouldn't impact too many travel plans, but if you want to avoid the inconvenience of driving in rain, the earlier you can hit the road the better.

Temperatures will be falling through the night thanks to the cold front, with low temperatures ranging from 20 degrees in parts of Nebraska to near 40 in Indiana.

From a national perspective, it really doesn’t look like a bad travel day. Much of the country will be dry during the day with only isolated rain and snow showers along the Rocky Mountains, Arizona, the Dakotas, Minnesota and Texas. The evening hours will see scattered showers and storms along the cold front from Michigan back into New Mexico, but with no flooding or severe storms anticipated, travel delays should not be widespread.

Thursday: Some leftover rain will be around during the morning and early afternoon in Illinois in Indiana, but it looks like much of the day will be dry across the Midwest. Thanks to the cold front though, Thanksgiving looks like our coldest day of the holiday weekend overall. High temperatures will only be in the 30s in most locations. Factor in wind gusts that will still be about 25 mph, and feels-like temperatures will struggle to get out of the 20s. Winds will die down after sunset, but it will be a cold night with low temperatures around 20 degrees in a large number of locations. If you plan on standing in any Black Friday lines, bundle up!

Friday: While some isolated rain and snow showers can’t be ruled out during the day in Iowa, Illinois and Indiana, many will stay dry. A warm front will be working across the region leading to a wide range of temperatures. How you dress for Black Friday shopping will vary considerably depending on where you live! While high temperatures may reach the low 60s in western Nebraska, they may get stuck in the low 30s in northern Indiana. Unlike today and Thanksgiving, it does not look like a breezy day. Low temperatures will range from the low 20s to mid 30s Friday night.

Saturday: Another cold front will be arriving, though this one looks pretty weak. Much of the Midwest has a chance of seeing precipitation, but right now those chances look low. The day will start with an area of isolated rain showers in Nebraska and Iowa. Those showers will push into Wisconsin and Illinois during the afternoon and evening hours with a little snow mixing in at the colder locations. During the overnight hours, the rain and snow showers will probably be limited to Illinois and Indiana. Any snow accumulations will likely not exceed a half inch. Once again, there will be a fair amount of variability with temperatures. Highs should be near 60 in western Nebraska, but only about 40 in Northwest Indiana. Low temperatures will generally be in the mid 20s to mid 30s. Not much wind is anticipated.

Sunday: Good news for everyone driving home! Isolated rain and snow showers are possible in the morning in eastern Illinois and Indiana, but the rest of the day is looking dry across the region. This will not be a big temperature change from Saturday. Most will experience a few degrees cooler, but high temperatures will still range from the upper 30s east to the upper 50s west. As you head back to work or school Monday morning, temperatures will mainly be in the upper 20s to mid 30s.

Elsewhere, isolated rain and snow showers will continue to move from west to east across the Ohio Valley, Mid-Atlantic and Northeast throughout the day. Scattered rain showers are also possible in South Texas and the Pacific Northwest. While there could be some isolated delays at airports, there are no signs of a system that will cause widespread travel problems.

Overall, your holiday-stretch forecast is fairly routine weather for this time of year. Have a safe and happy Thanksgiving!

The Ethical Life podcast: What are the ethical pitfalls of Halloween, Thanksgiving and Christmas?

Matt Holiner is the new chief meteorologist for Lee Enterprises, covering weather and the environment across the Midwest, including in your community. Holiner has seven years of professional meteorology experience and has forecast weather for cities across the country. He holds the National Weather Association's Seal of Approval.

All 11 occupants of passenger van injured in Wisconsin crash

Authorities say all 11 occupants of a passenger van were injured when the vehicle rolled over Thursday on an icy road in central Wisconsin.

Nine people were injured in north-central Wisconsin when a vehicle rear-ended an Amish buggy at "highway speeds," authorities said.

The remains of a woman that were discovered 13 years ago in Fond du Lac County east of Lomira have been identified as an 18-year-old from Rockford, Illinois.

A Reedsburg woman, who was one of two people charged with felony child neglect with the consequence of bodily harm after a 9-month-old in their care was found to have ingested heroin and amphetamines in August 2020, was sentenced to probation Tuesday.

A former Baraboo man accused of attacking a child multiple times was released on a $3,000 signature bond Thursday.

A Baraboo woman is leading an effort to oppose potential construction of a new lakefront building at Wisconsin’s most popular state park.

Dan Brown envisions Madison as a tourist destination for Ho-Chunk history and culture in the same way America's Southwest is synonymous with Navajo Nation.

A Broadway actor from Florida who had been playing the role of Judas in a tour of the rock musical "Jesus Christ Superstar" has been arrested in connection with the Jan. 6 riot. 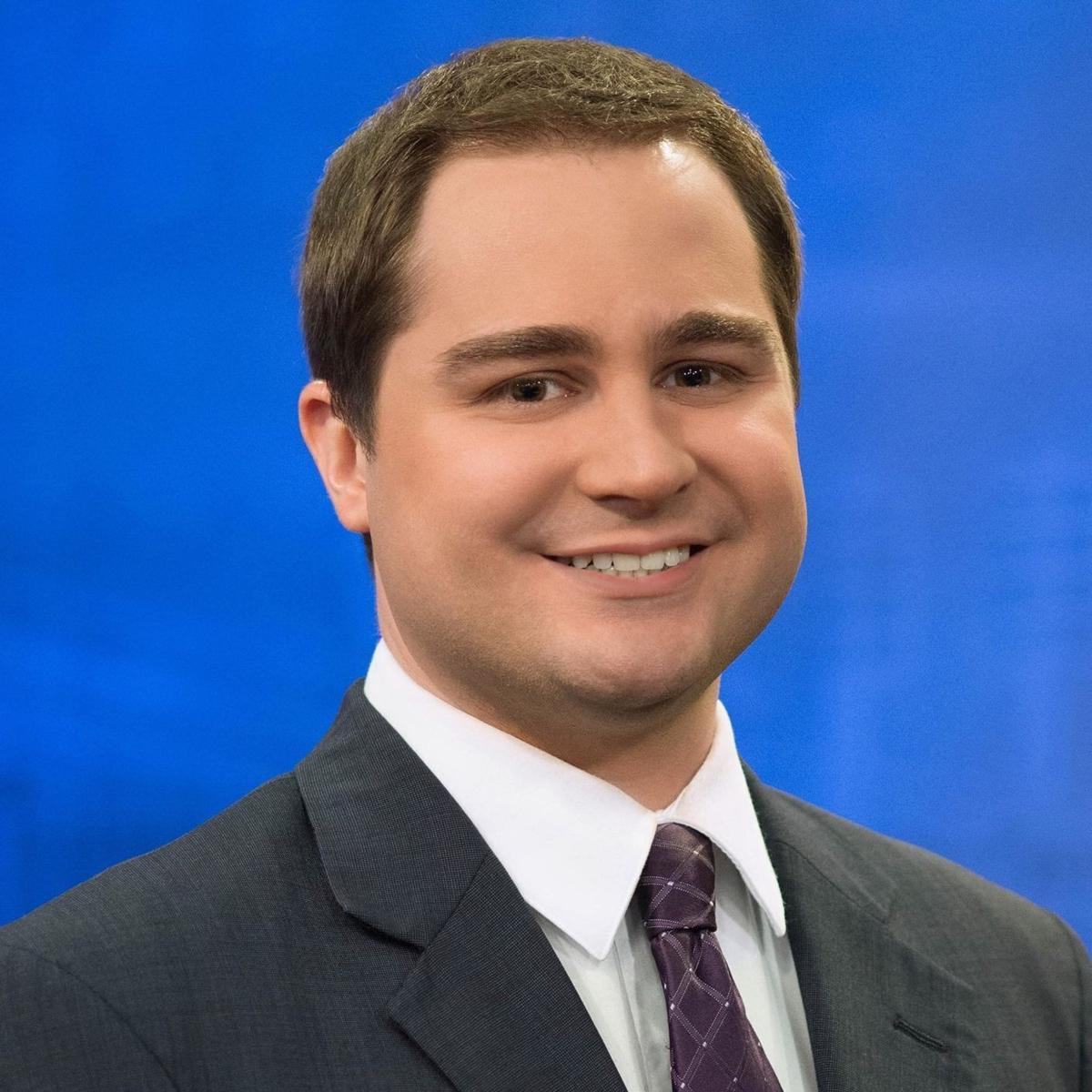 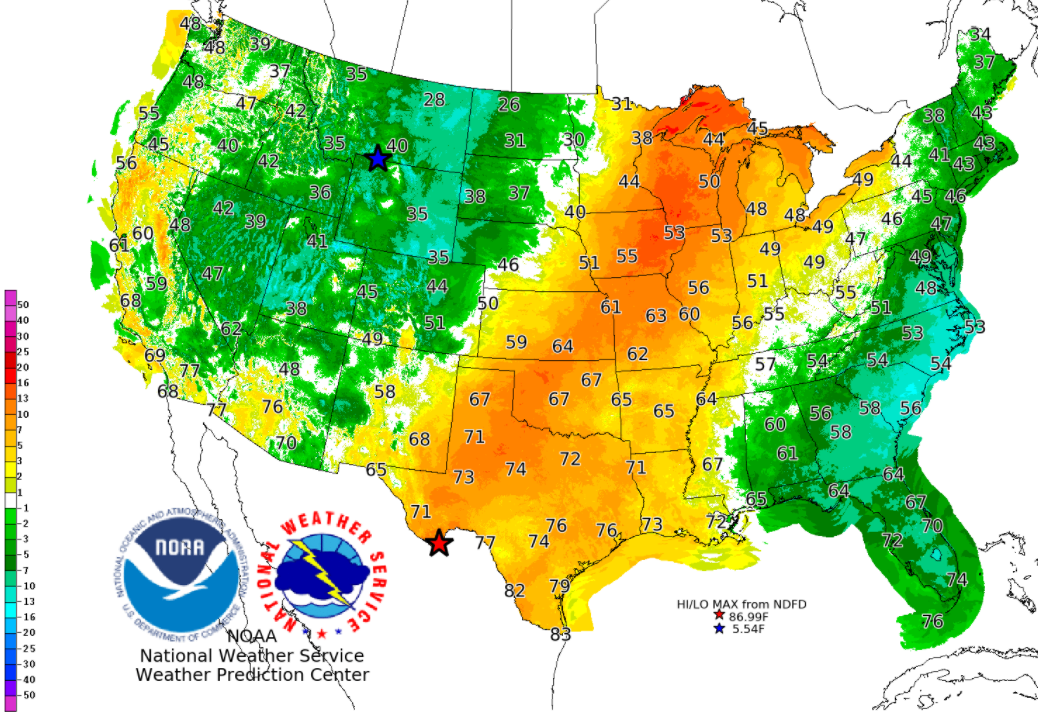 Much of the Midwest will see high temperatures in the low to mid 50s on Wednesday. 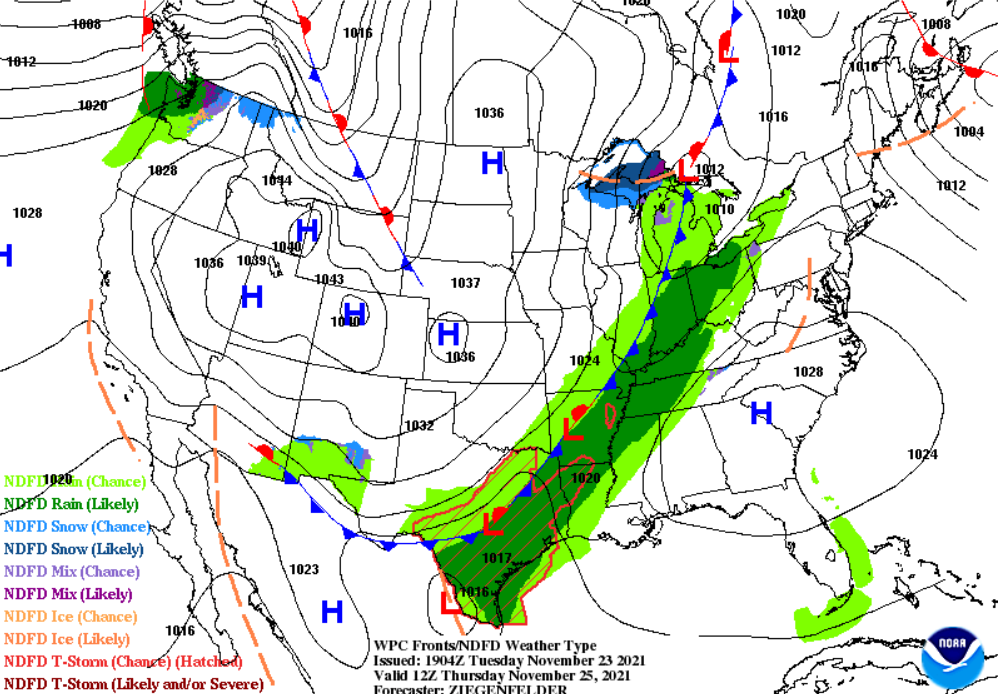 Thanksgiving looks to be the coldest day of the holiday weekend, but much of the day will be dry across the region. 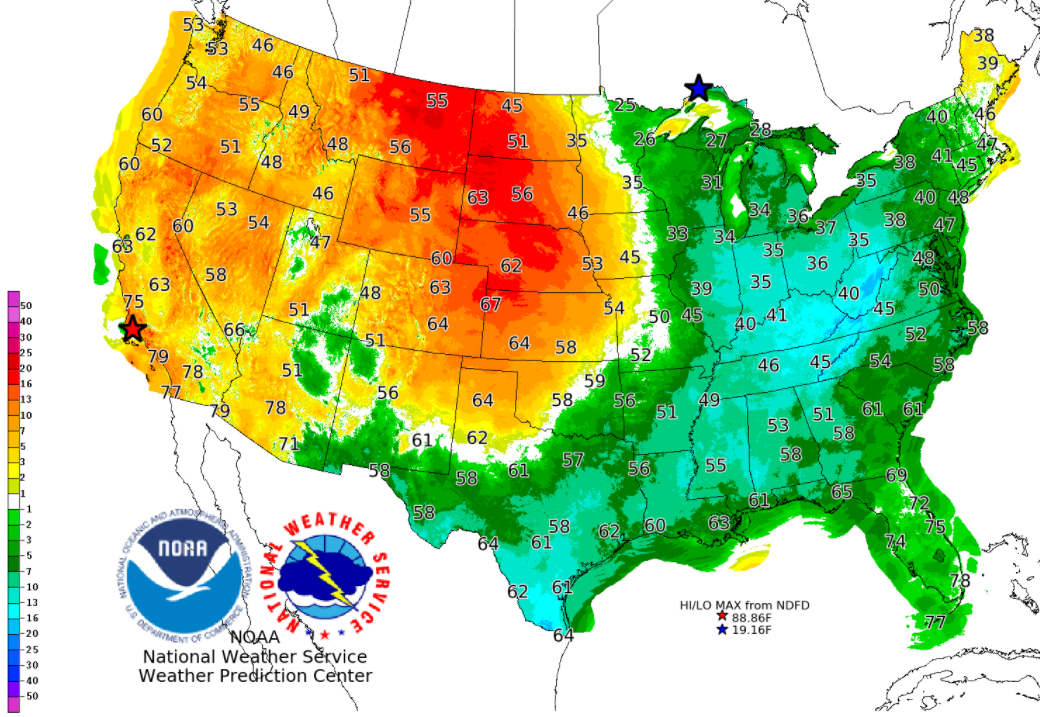 Friday's high temperatures will vary across the region. 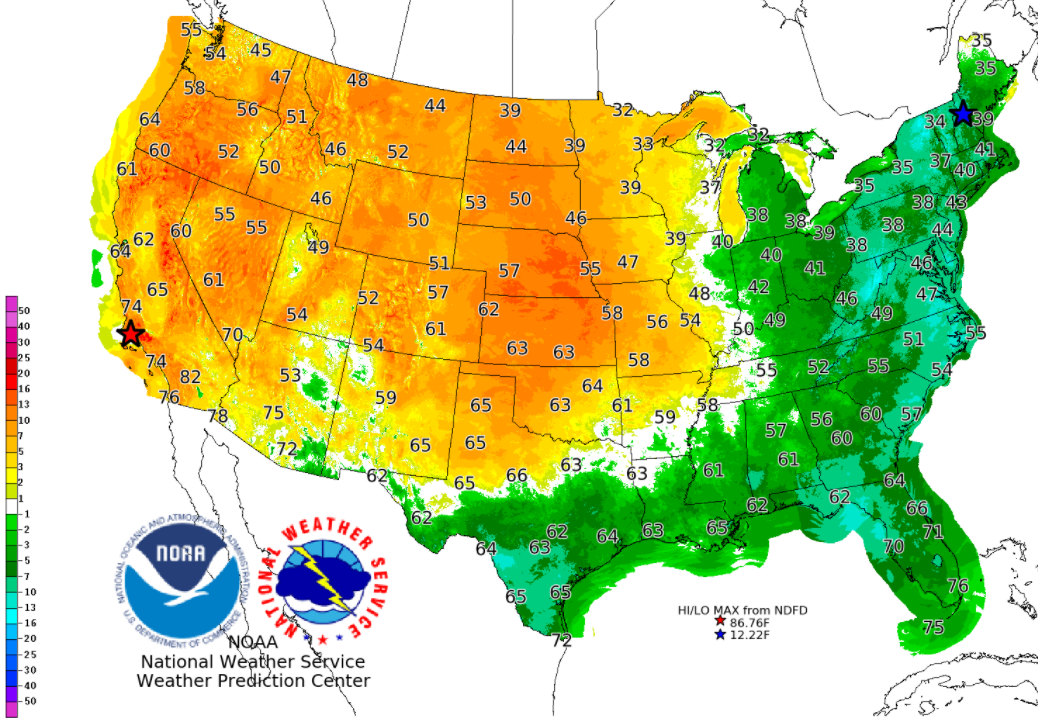 Another cold front will be arriving on Saturday. 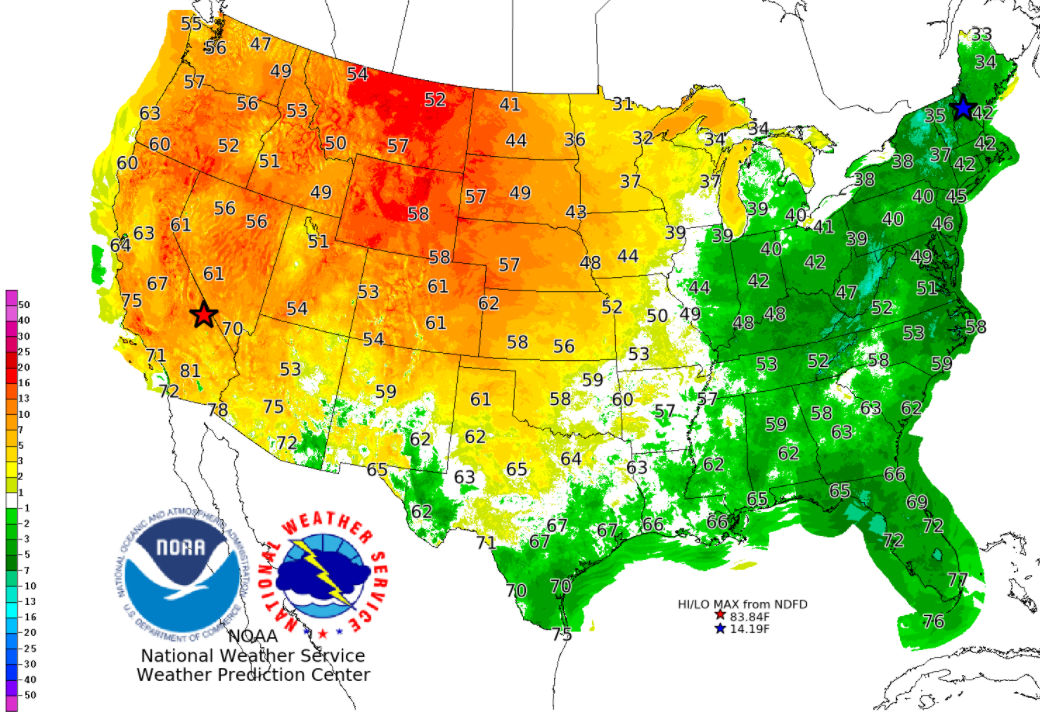 On Sunday, high temperatures will range from the upper 30s to the upper 50s across the region.