KENOSHA — A chaotic Kenosha County Board meeting adjourned after a man was arrested during public comments Tuesday night.

Joel Trudell, 43, of Kenosha, was arrested during his remarks by Kenosha County Sheriff’s Department deputies after he refused to stop speaking after County Board Chairman Gabe Nudo told him to stop for allegedly being out of order.

The meeting ended after about an hour and a half of public comments on several contentious issues.

The board was considering a proposed resolution to amend an ordinance to allow firearms and electronic control devices in some Kenosha County buildings, a proposed policy that would give the Kenosha County executive the power to terminate the employment of division heads, and a resolution prohibiting the acceptance of grants or donations from non-governmental entities for purposes of funding the administration of elections.

Trudell spoke against the resolution to amend an ordinance to allow firearms in some county buildings and the proposed policy change regarding department heads.

“What and whose priorities do these amendments represent?” Trudell said before calling out some supervisors who he said received campaign contributions in the spring election from people out of state and Republicans.

While he was speaking, a man in the audience shouted something about how he wished he had provided funds for the supervisors Trudell named. Trudell then stopped giving his prepared statements and requested that his allotted time account for the interruption. A few moments later, a man got up from the front row and walked past Trudell.

“I guess it’s a good thing we weren’t concealed carry, I could have taken that as a threat, huh?” he said.

Nudo then said Trudell should be “civil” and not make “derogatory” comments.

“I’m sorry Mr. Nudo, I will share your campaign information in a bit,” Trudell said as the two continued to speak over each other.

“One more word and you’re going to go out,” Nudo said.

Trudell then replied, “Are you afraid of the public’s comments, sir? I would like my time back.”

“Your time is out,” Nudo said before calling on deputies to remove Trudell.

Trudell refused to leave the podium as deputies approached. Trudell was removed from the podium and brought to his knees in front of the crowd by the deputies. Trudell then began screaming “What is going on? I’m trying to talk!”

Members of the public yelled, “Let him speak!” and then chanted, “Shame. Shame.” in support of Trudell. Trudell’s allotted time had not run out when he was arrested.

Within minutes of the incident, Sup. Terry Rose made a motion to adjourn the meeting. The motion passed by a single vote.

Trudell was arrested for disorderly conduct and obstructing or resisting officers. He was released from jail about 8 a.m. Wednesday.

“We will review the referral and make any decisions with his summons date in mind. We obviously would not comment before,” Graveley said.

Nudo sent a statement to the Kenosha News Wednesday afternoon about the incident.

“During our meeting last night, a disturbance during citizens’ comments led to the abrupt adjournment of the meeting. An individual was warned repeatedly throughout the evening to stop causing disruption and was eventually asked to leave the meeting. As Kenosha County Sheriff’s deputies attempted to escort this person out of the room, he continued to create a disturbance and ultimately resisted arrest by the deputies,” Nudo said.

“While I strongly support the right of the public to voice their opinions in citizens’ comments at our meetings, decorum must be maintained, and disruptive behavior will not be tolerated,” he said.

He asked those not at the meeting to “see the scene for themselves and watch the video of the meeting.”

Some of the supervisors were visibly upset about the arrest.

Former County Board Chairman John O’Day said the arrest of Trudell was “a travesty.”

“He was doing public comments and he was shut down,” O’Day said.

O’Day said he would not have asked Trudell to be removed and believes Tuesday’s incident will anger many area residents.

“I think more people are going to come and comment now,” he said.

“I think people ought to make their presentations and arguments in an orderly fashion. That would be a lot more persuasive than name calling and getting personal or disregarding the chairman’s admonitions to conduct themselves in a proper way,” Rose said. “I thought the chairman was very patient and the speaker got out of hand. Had he not gotten out of hand he could have made the same argument.”

Rose said Trudell “breached proper decorum” with the “personal nature of his comments and the tone as well as just being generally disruptive.”

“If he had just gone along with being escorted to his seat in an orderly way nothing further would have happened,” Rose said. “He started the fight. He started resisting the officers and struggling away from them and created a big scene.”

Amanda Becker, treasurer of the Kenosha County Democratic Party, said she planned to comment during the meeting before it was adjourned.

“I’m disappointed that the citizens in attendance didn’t get to exercise their First Amendment right during citizens’ comments,” she said. “I was frustrated because Joel (Trudell) still had time on the clock when he was arrested. There were several other citizens who were yelling out and making comments throughout.”

The previously scheduled issues are expected to be brought back up for a debate and vote at next month’s meeting.

The Vernon County Sheriff’s Office said it is investigating the deaths of two people whose bodies were found Sunday in a rural residence.

Struck deer leads to fatal crash on I-94, authorities say

After hitting a deer, an SUV reversed from the right shoulder of Interstate 94 into the left lane, leading to a crash with a tractor-trailer that killed one.

"They just came in and bombed our school," said one mother. "It's like a brand-new school."

According to the sheriff’s office, Alan Hartig was last seen pursuing his pontoon boat in shallow waters after it came unmoored from a sandbar. The empty boat was recovered nearby.

"Do not give that to him," a top Pence aide told the staffer, Sean Riley, on Jan. 6, 2021, when Riley said the senator wanted to deliver the fake Trump electors to him.

After more than 250 years, last remnant of one of Wisconsin's largest white oaks is no more

The TPC Network has announced that it plans to license the club, which will be renamed TPC Wisconsin when it reopens next year under the design of pro golfer Steve Stricker.

That happened just an hour before a Pence aide denied Johnson chief of staff Sean Riley's attempt to pass those documents, which falsely stated Trump won Michigan and Wisconsin in November 2020, to the vice president. 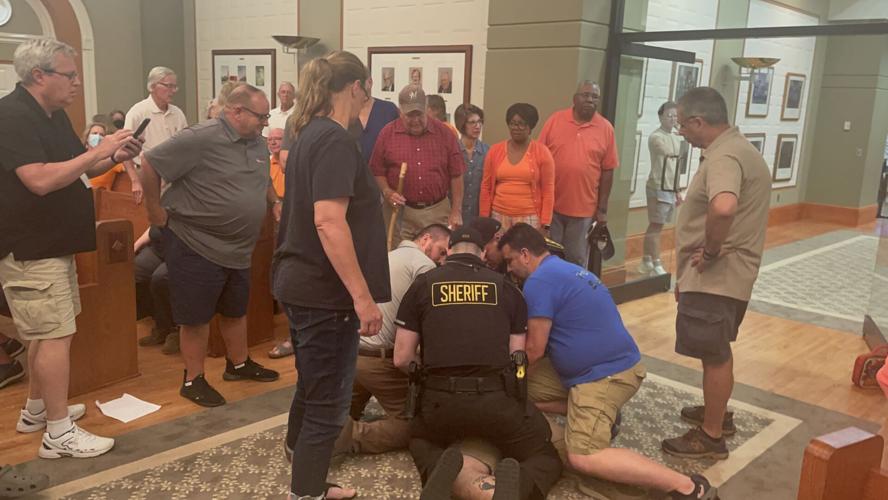 Joel Trudell, 43, was arrested during his speech by Kenosha County Sheriff's Department deputies after he refused to stop speaking after County Board Chairman Gabe Nudo told him to stop for allegedly being out of order. 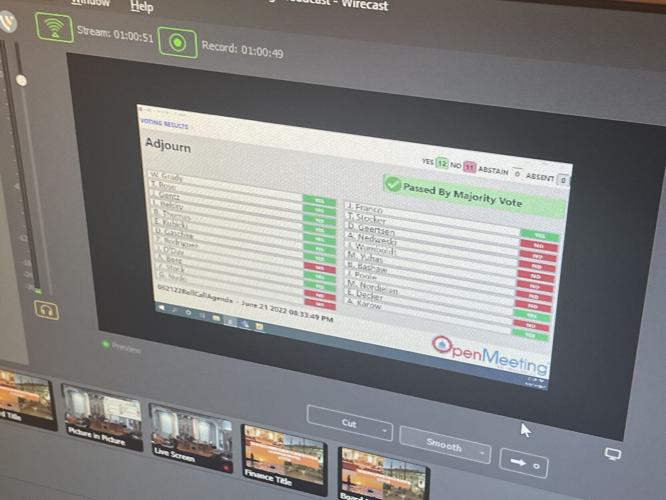 A chaotic Kenosha County Board of Supervisors meeting adjourned after a Kenosha man was arrested during public comments Tuesday night. The roll call vote on supervisors' decision to adjourn. 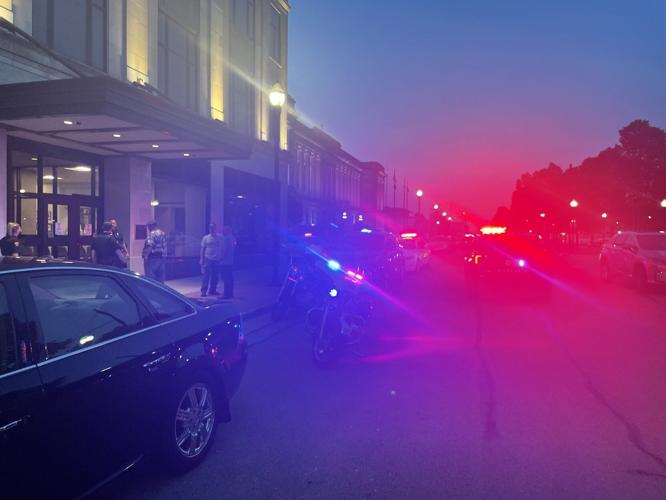