Deb Compton has been in countless dog-grooming competitions, but never one with stakes as high as this.

Compton, who works in Fitchburg, and her son Jordan Jones will appear at 7 p.m. Tuesday on the new ABC-TV reality series “Pooch Perfect,” where dog groomers vie for a $100,000 grand prize.

The goal for each of the show’s 10 teams: To do a perfect do on a range of breeds.

“These dogs are going from scruffy ... to fluffy,” announces host Rebel Wilson in the show’s flashy trailer.

The competition means cutting, sculpting and sometimes coloring dog coats to make the canines stand out from the competition, or even to resemble different animals altogether.

“I’ve been grooming for 18 years, and I’ve won everything I could possibly win, in three different countries,” Compton explains during a featured interview for the series.

But just how far Compton advances in “Pooch Perfect” won’t be revealed until the broadcast of the eight-episode show.

In 2020, Compton was contacted through her Facebook page and asked to apply to be on the U.S. debut of “Pooch Perfect,” already a reality series produced in the United Kingdom and Australia. She did a video interview with the producers and, after she was selected, flew out to Los Angeles for the filming.

“I am so not a camera person, but I had to become one overnight,” she said last week while combing Ripley, a Bedlington Terrier she co-owns with a breeder, in the pet grooming studio where she works.

During the filming there were always four to six cameras in the contestants’ faces, she said.

“It was a crazy experience, but just amazing to see how everything operates in the background,” she said. “I’m a very big reality TV fan — I love all the reality shows — so this was right up my alley.”

From 2011 to 2019, Compton ran her own grooming studio near Madison called “In the Dogz House.” Compton, who lives in Westfield, is now regional salon lead for Pet Supplies Plus, and works out of the Fitchburg store located at 2928 Hardrock Road.

Over the years she’s groomed show dogs for American Kennel Club events, won titles such as “Best Up and Coming Creative Groomer,” and personally shows Bedlington Terriers and Miniature Poodles in AKC shows. Her grooming techniques include “coat carving, scissoring animals into the dog’s hair and turning dogs into wild creatures, including a zebra Pegasus, a jungle tableau, sloths, and a troop of monkeys,” according to her bio.

Compton, 42, calls herself a “late bloomer” in the business. She started out 20 years ago working in a Florida pet store on the management team before tiring of the retail side of things. Enrolled in the local firefighting academy at the time, she took on a job to learn dog grooming to help pay for her schooling.

Soon, she fell in love with grooming, and “I never looked back,” she said.

Jones, on the other hand, grew up with dog grooming, helping out his mom while he was home-schooled along with Compton’s other sons, now ages 10 and 14.

Jordan “bathed and dried all my dogs from when he was 8,” she said. Now 19, he works as a dog groomer in the Pet Supplies Plus store in Austin, Minnesota. She asked him to partner with her on “Pooch Perfect” as part of “Team Deb.”

Compton said she actually knew some of her co-contestants in the show — at least by reputation or through their social media sites.

“It’s a very small world” for champion dog groomers, she said, noting that “there was a lot of helping” one another between teams during the competition.

During filming, the contestants worked six days a week, with Sundays off, and wore “a hot mic all day” to catch their every comment, Compton said.

Because of the COVID-19 pandemic, participants were frequently tested for the virus and had to work in front of an audience of stuffed animal dogs, rather than humans.

“It has a lot of facets that a lot of people don’t understand,” Compton said of the creative dog-grooming world. “That’s why there’s so few of us who do this.

Contestant Scott Shewfelt was stumped on the final question of the episode that aired Monday, so he asked about a certain decision.

If the Wisconsin Supreme Court would have allowed the governor's emergency order to last one more full day, the increased aid would have lasted another month.

A man who claimed he was sleeping and did not remember sexually assaulting an 11-year-old was sentenced to prison Tuesday by Sauk County Circuit Court Judge Michael Screnock after pleading guilty to two felony charges.

"I'm ready to get to work on day one and build a stronger more equitable public education system," Jill Underly said after winning the state superintendent election.

The case could still be appealed to the Wisconsin Supreme Court.

Roger Bruesewitz — a "safecracker," heroin addict and UW-Madison graduate who died in 2019 — left behind more than $159,000 to be donated to local nonprofits.

Johnson, who has not indicated if he plans to seek re-election, said he appreciates the former President's support.

The controversial voter rolls case has worked its way through the court system since late last year, with the Supreme Court deciding to take it up in June. 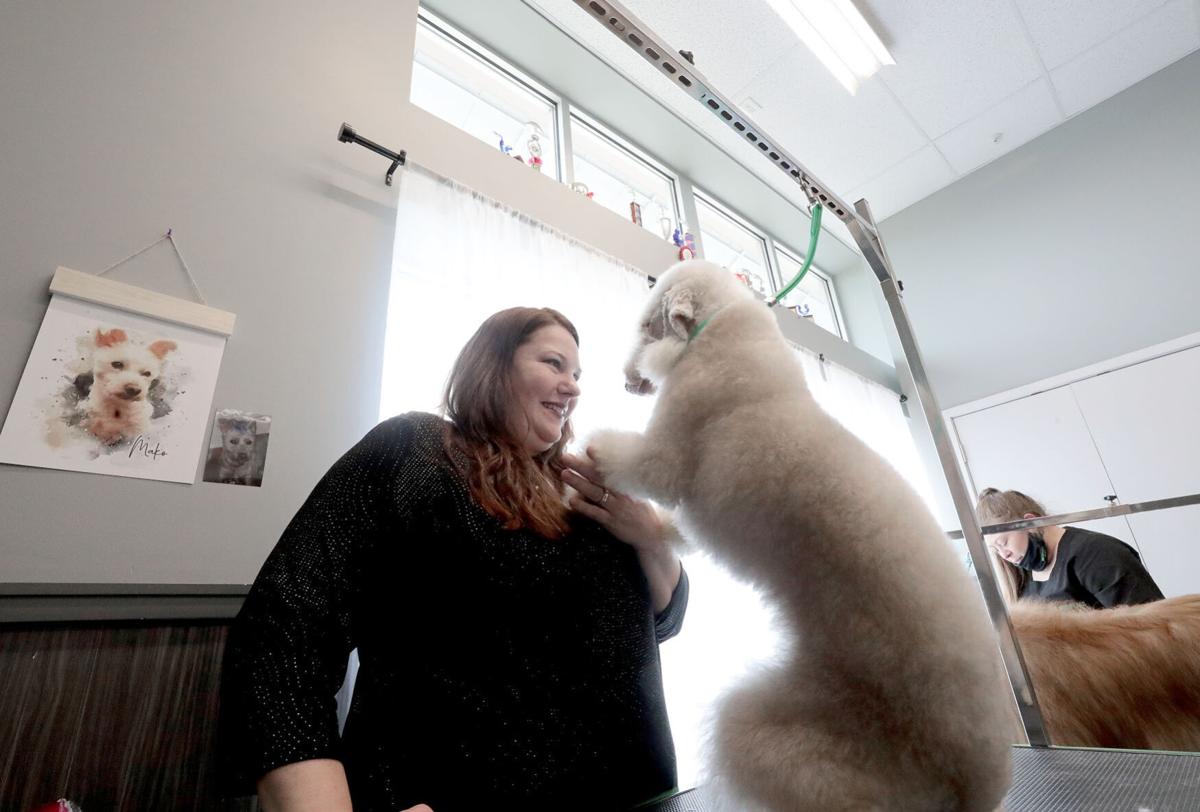 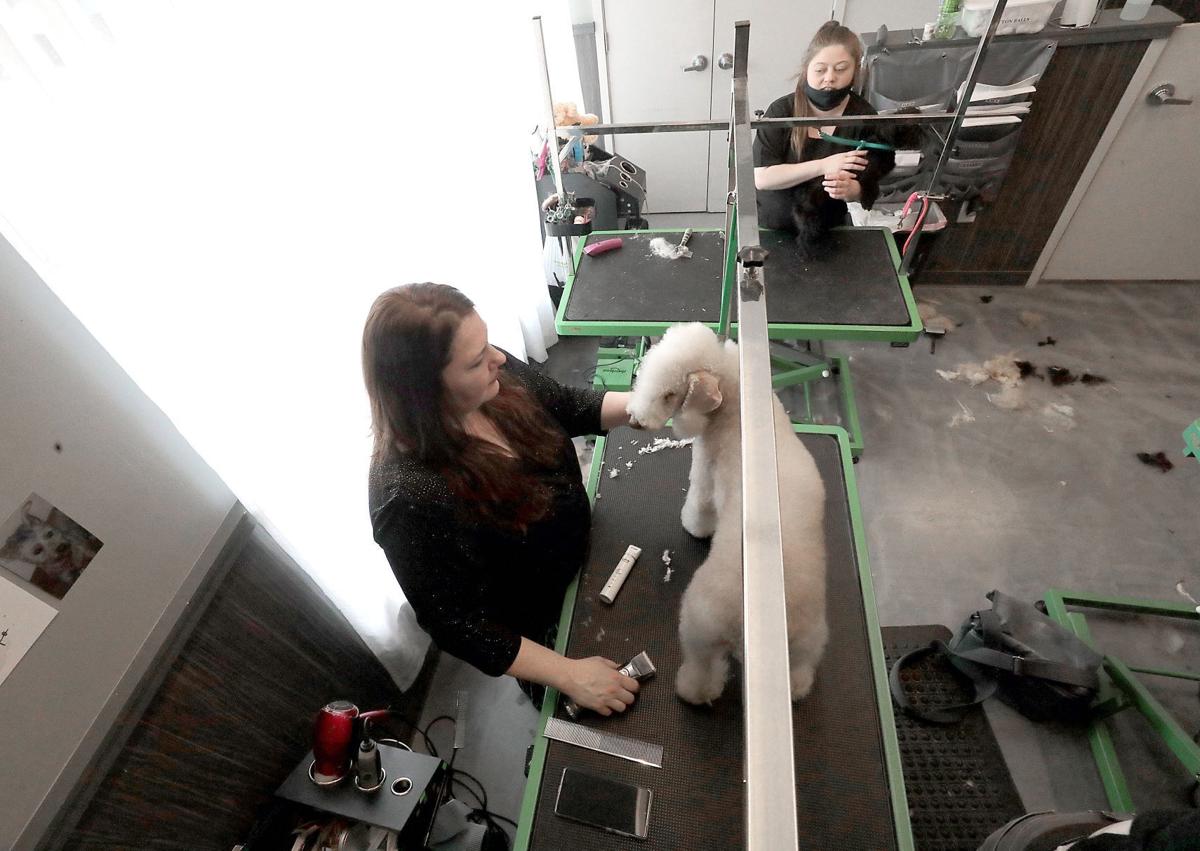 “I’m a very big reality TV fan — I love all the reality shows — so this was right up my alley,” says Deb Compton, regional grooming team lead at Pet Supplies Plus in Fitchburg. Compton will be competing on the reality TV show "Pooch Perfect." 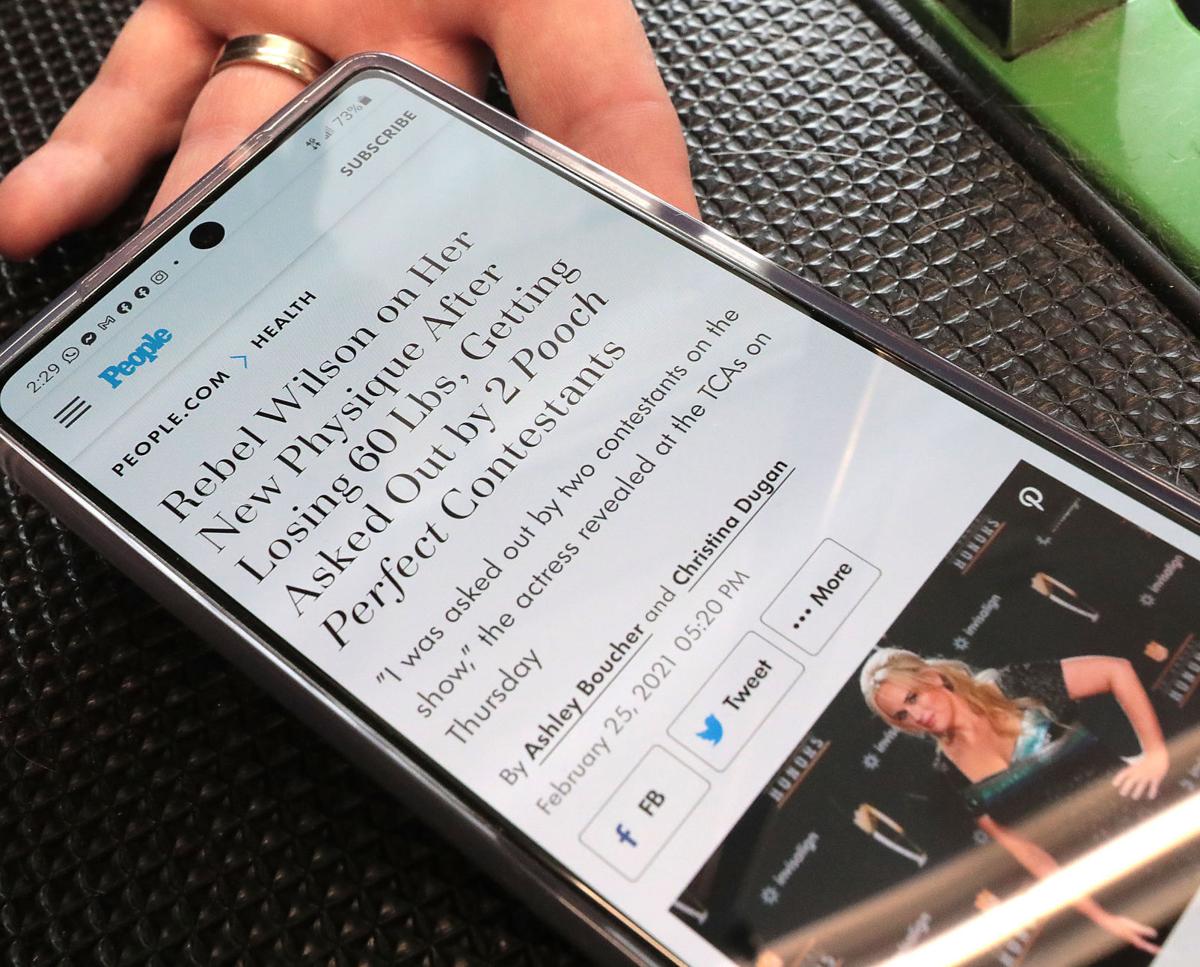 Dog groomer Deb Compton pulls up a People magazine story on her cellphone featuring an interview with actress Rebel Wilson, host of the upcoming reality TV series "Pooch Perfect." Compton and her son make up one of the 10 competitive teams on the show. 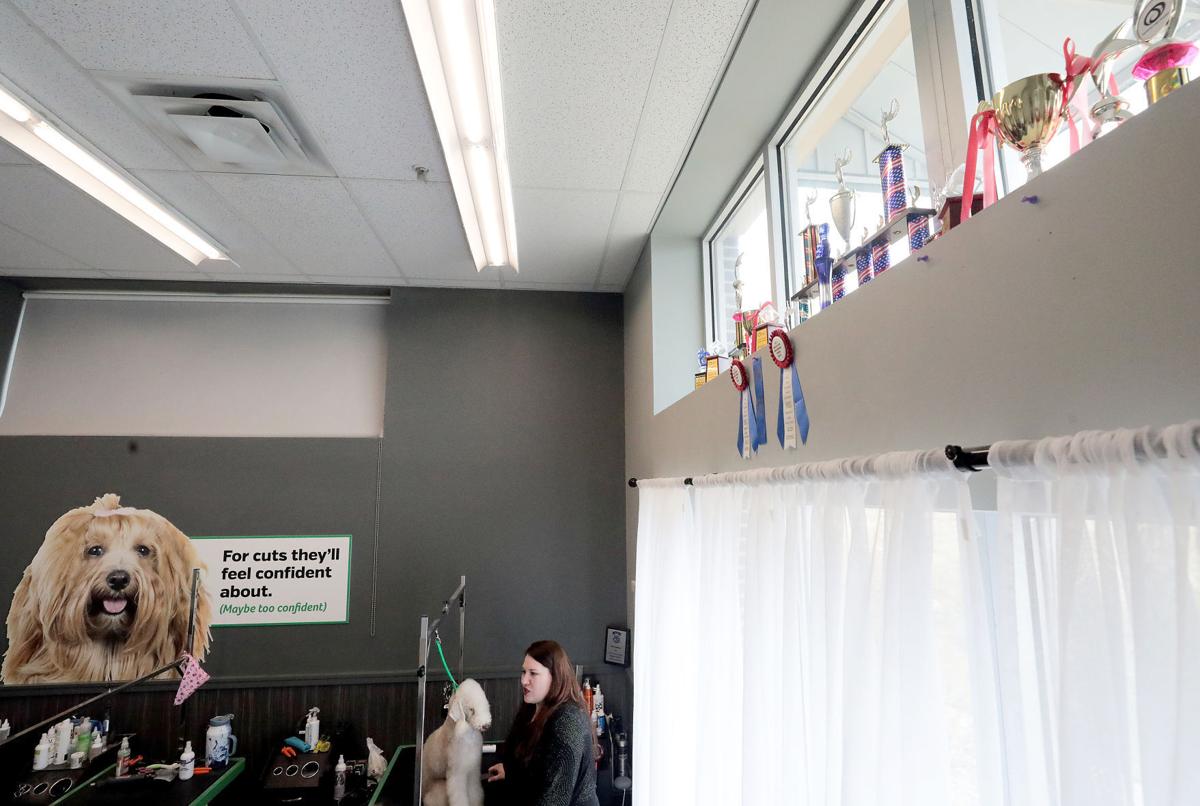 Grooming awards line the windows at Pet Supplies Plus in Fitchburg, where Deb Compton heads the dog-grooming team. 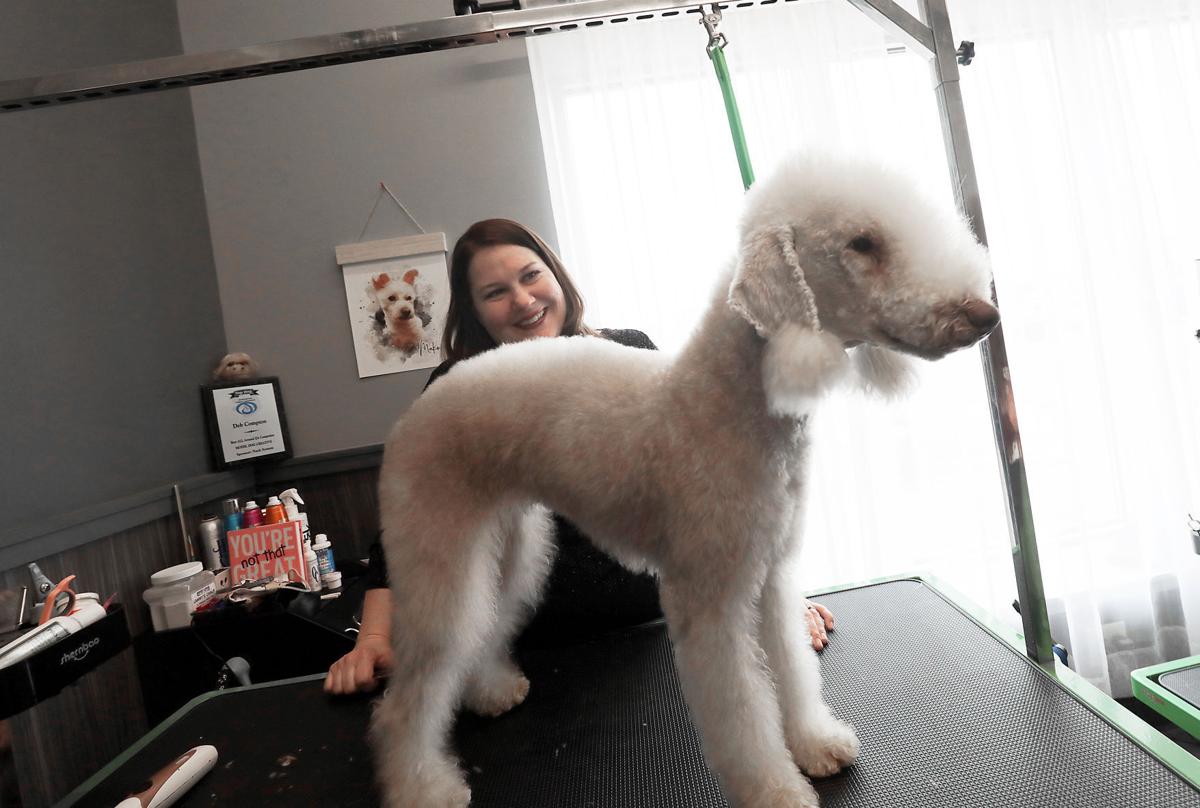 Bedlington Terriers, like Ripley, are the favorite breed of dog groomer Deb Compton, who specializes in curly coats. 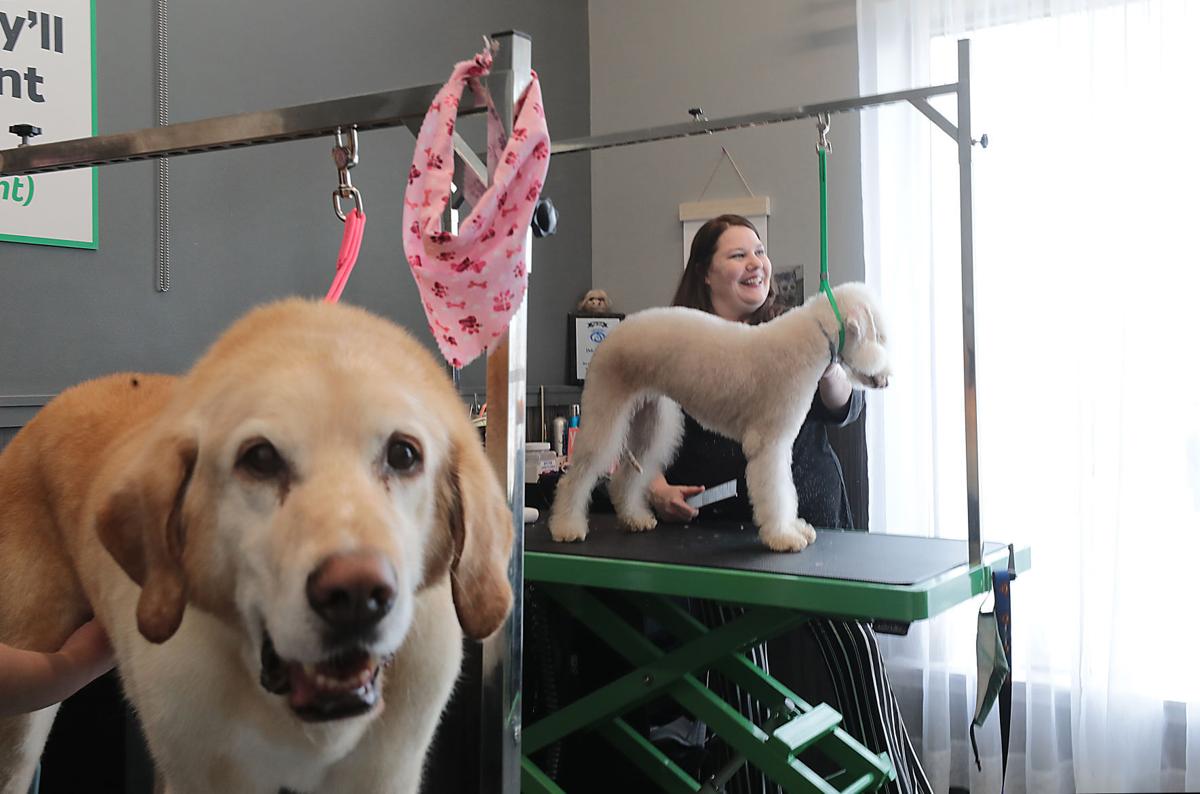