Close to half of Wisconsin businesses say they won’t survive longer than 10 months under the current circumstances amid the COVID-19 pandemic.

About one-third of respondents to a survey conducted by UW-Oshkosh, the Madison Region Economic Partnership and other economic groups around the state reported they would likely be able to survive for more than 10 months, if shutdowns relating to the pandemic persist.

The survey was conducted between May 4 and 17, during which time Gov. Tony Evers loosened some restrictions on retail shopping and the state Supreme Court subsequently repealed almost all of his “safer at home” order. Because of these changes during the survey period, the responses to the question referring to “current conditions” might not have been made with the same understanding.

“This is why we’re going to ask those questions again in June and July and so on,” said Jeff Sachse, interim director of the UW-Oshkosh Center for Customized Research and Services.

This is the second survey conducted by this group of organizations, the first being in April, with the intent of helping economic development organizations and government entities identify how businesses are coping with the pandemic and where help might be most needed.

Survey: 35% of Wisconsin businesses could close permanently if shutdown continues for 3 months

About 65% of respondents said they were open at the time of completing the survey, but about one-quarter of businesses said they would need assistance of some kind to reopen. MadREP president Paul Jadin said it is “absolutely critical” that economic development organizations focus on the businesses needing that help to get doing again.

“There are an awful lot of businesses out there saying, ‘Please help me,’” Jadin said.

Sachse said it’s hard to determine what that change means without further study because some of those businesses may have closed, altering the percentages.

“Several of the businesses that responded to the April survey suggesting they had low levels of survivability did not respond to the May survey,” Sachse said. “We’re going to be doing some tracking and following-up with those nonrespondents and seeing if those businesses are still viable.”

Businesses across the state saw dramatic losses in April, although those losses were smaller than the March losses the businesses reported.

“It is encouraging to see reductions in inventory and income losses, though respondents are less optimistic about their ability to recoup these losses,” Sachse said in a statement. “It will be equally critical to trace the survivability of vulnerable firms now that we have started to reopen the state’s economy.”

The fight against COVID-19 has affected all corners of Wisconsin. Here's a look at how it's affecting our lives, in photos. 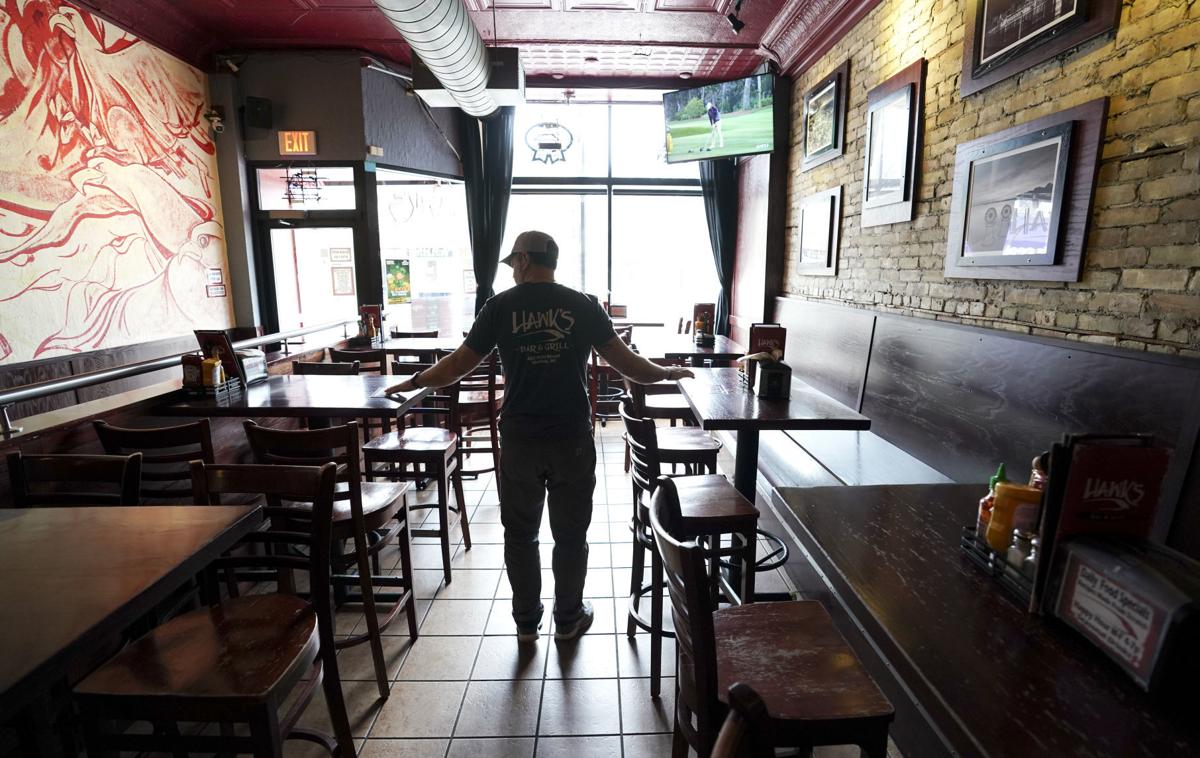 Hawk Sullivan, owner of Hawk's Bar & Grill on State Street in Madison, had to at least temporarily shut down the restaurant in March, when limits were placed on social gatherings. A survey of Wisconsin businesses found close to half reported they would likely close if shutdowns lasted more than 10 months. 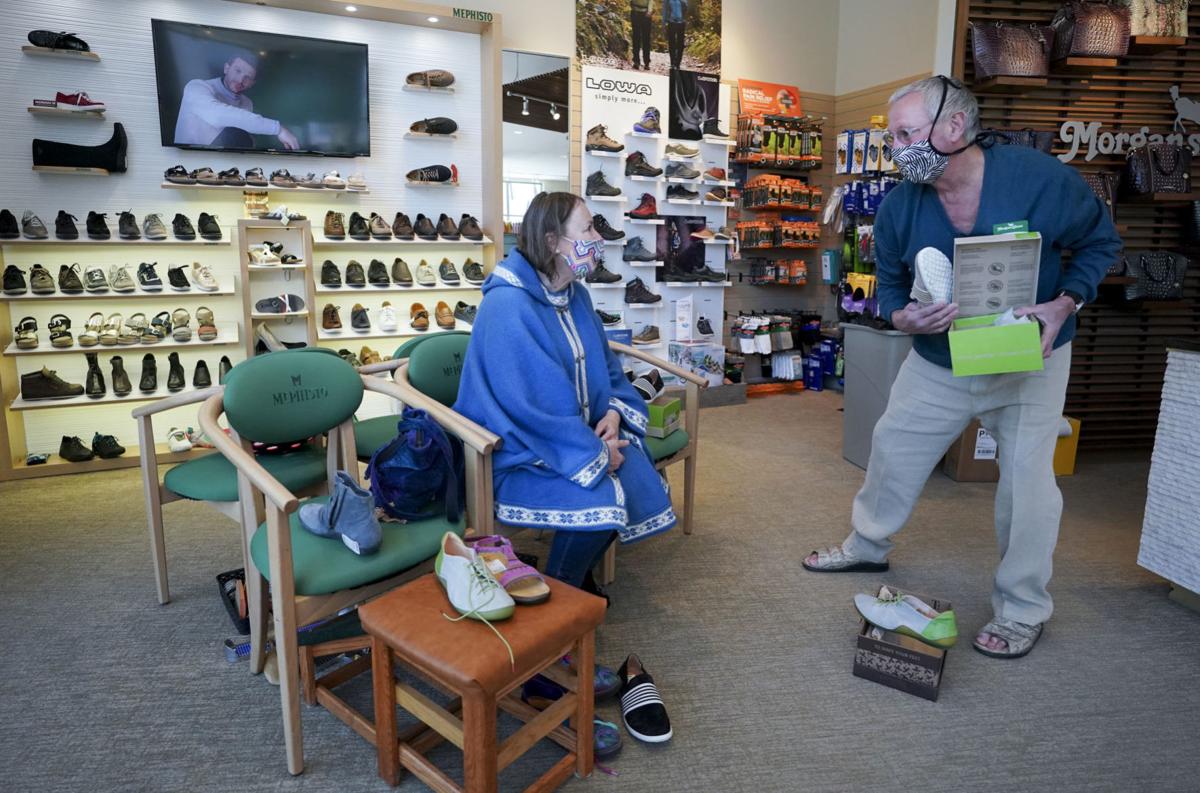 Morgan's Shoes CEO Jeff Langner, right, helps Patricia Grillot, of Madison, find a pair of shoes on May 12, the first day the store opened in more than a month. 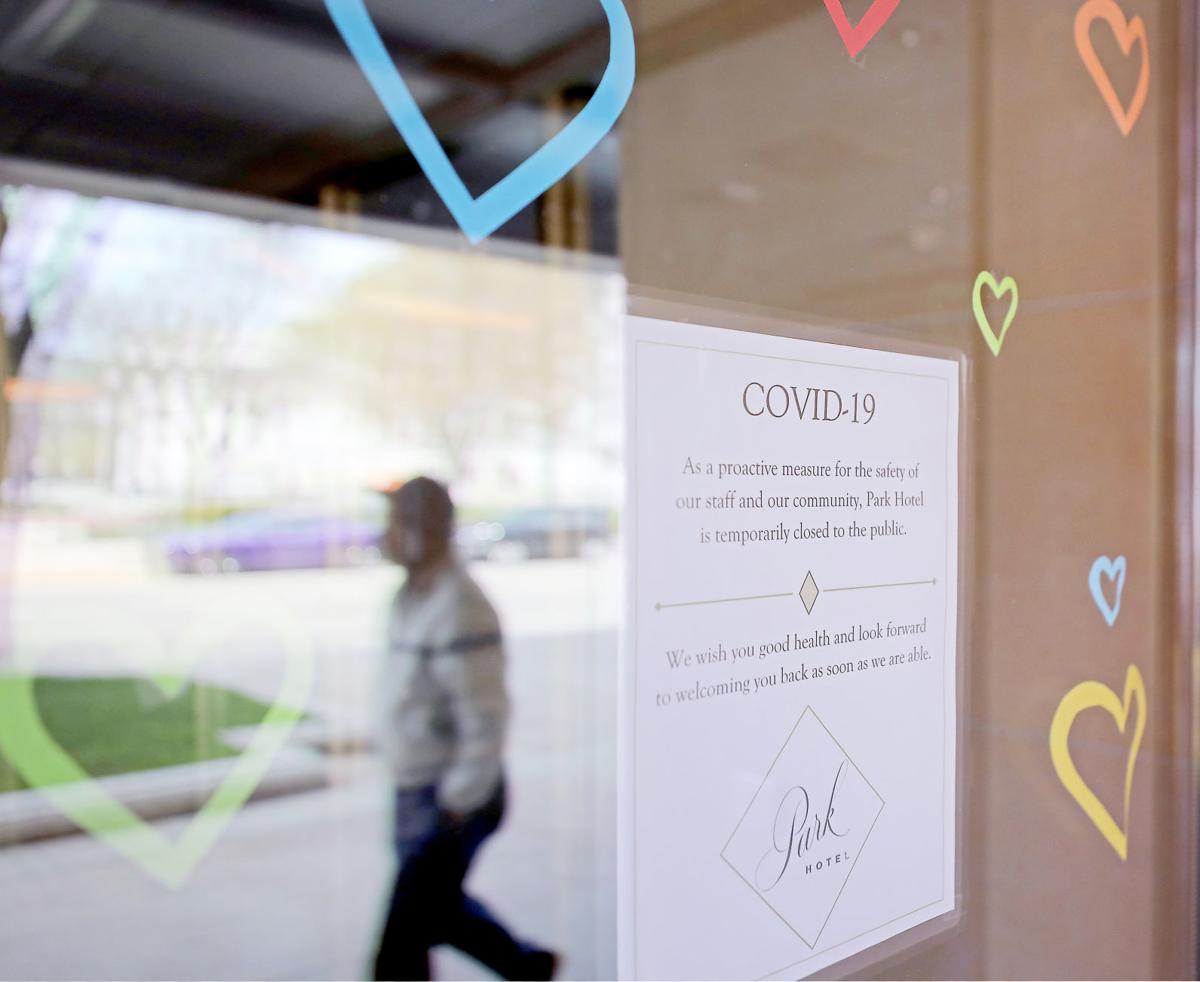 Many businesses, including the Park Hotel on Capitol Square, closed at least temporarily due to the coronavirus pandemic.