Fitzgerald’s comments represent the latest Republican efforts to stand by the president as he faces an impeachment inquiry into his attempt to leverage Ukraine to investigate his political opponent, former Vice President Joe Biden, and Biden’s son Hunter.

Fitzgerald, R-Juneau, is running to replace Republican U.S. Rep. Jim Sensenbrenner when he retires after the 2020 election.

Fitzgerald told reporters he believes the impeachment inquiry is a political witch hunt by Democrats that is sure to last through 2020, but he also expressed concern about allegations Trump tried to pressure Ukrainian President Volodymyr Zelenskiy to open an investigation into the Bidens by withholding military aid to the eastern European country.

“Everything should be vetted, and I think that’s what members of Congress are asking for right now,” Fitzgerald said.

According to a reconstructed transcript of Trump’s phone call with Zelenskiy released last month by the White House, Trump is recorded as telling Zelenskiy, “I would like you to do us a favor though.”

Trump suggested Zelenskiy should work with Attorney General William Barr to open an investigation of CrowdStrike, a company involved in the beginnings of the FBI inquiry of Russia’s 2016 election interference. He also wanted a corruption investigation connected to the Bidens, although it’s unclear on what grounds. Ukraine’s former prosecutor general said he found no evidence of wrongdoing by either Biden.

Fitzgerald said he doubted whether concerns over Trump’s behavior related to Ukraine are legitimate.

Based on what he’s heard about the phone call between Trump and Zelenskiy, Fitzgerald said he saw no problem with Trump’s conduct.

“Everything that was done within that discussion was in the purview of what a president of the United States should be able to do with any foreign diplomat, and it shouldn’t necessarily be made public,” Fitzgerald said. “So far, nothing’s been proven.”

State Sen. Tom Tiffany, R-Hazelhurst, who is running to represent northern Wisconsin’s 7th Congressional District, also stood by Trump’s actions, saying the dispute boiled down to a difference in style.

“Every president has a different style, and you go up to the 7th Congressional District, you go to northern and western Wisconsin, and people understand that style,” Tiffany said. “And they say maybe I wouldn’t do it that way, but that’s his style.”

Tiffany is vying to replace former Republican U.S. Rep. Sean Duffy, who resigned in September to help care for his ninth child, who was born with a heart defect and Down syndrome.

Tiffany’s Republican opponent in the race, Jason Church, of Hudson, in a statement called the House impeachment inquiry a “political charade” and “another attempt to undo the 2016 election.”

No Democrat has officially announced in the race for the 7th Congressional District.

Fitzgerald also expressed concerns about the fact the Trump whistleblower wasn’t in the room during Trump’s phone call with Zelenskiy. As for a second whistleblower coming forward, Fitzgerald said it’s appropriate to hear out the person’s concerns.

“If there’s more information out there, sure, they should continue to take a look at it,” Fitzgerald said.

Mirroring remarks from other Republicans in recent days, Fitzgerald said Trump’s call for the Chinese government to investigate the Bidens was “off the cuff” and should not be taken seriously.

U.S. Sen. Ron Johnson, R-Oshkosh, who last week revealed key information related to the impeachment inquiry, said it’s not appropriate for the president to pressure a foreign government to investigate a political opponent, but that he’s “not sure that’s what’s happening.”

He started dismembering his girlfriend's body using a steak knife but stopped after reaching a leg bone, the complaint said.

So far, Gov. Tony Evers has granted nearly 30 pardons after his predecessor, former Gov. Scott Walker, issued zero. “This is one of the best parts of my job,” Evers said.

Shelter officials say the puppies were about three weeks old and hungry because their mother had stopped producing milk.

The restaurant agreed to voluntarily close for deep cleaning, discarding any potentially contaminated food and pest control efforts; it has since reopened.

The right to build on others' land: Realtor-backed bill undoes Supreme Court ruling on docks

Supporters say it corrects a bad Supreme Court ruling and restores rights in place for more than a century, but opponents say it unconstitutionally strips lakebed owners of their rights with no compensation.

One in four direct caregiver positions at Wisconsin’s nursing homes and assisted-living facilities are vacant, up from one in five two years ago, according to a survey by provider associations released this week. 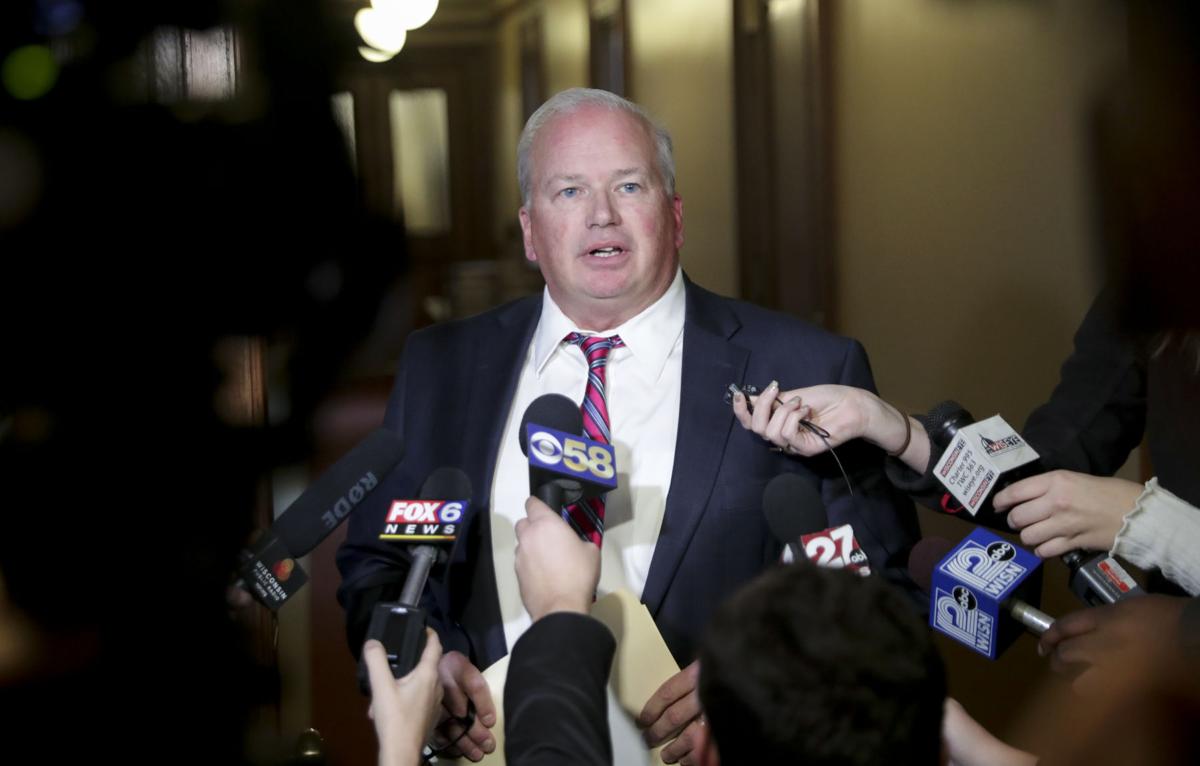 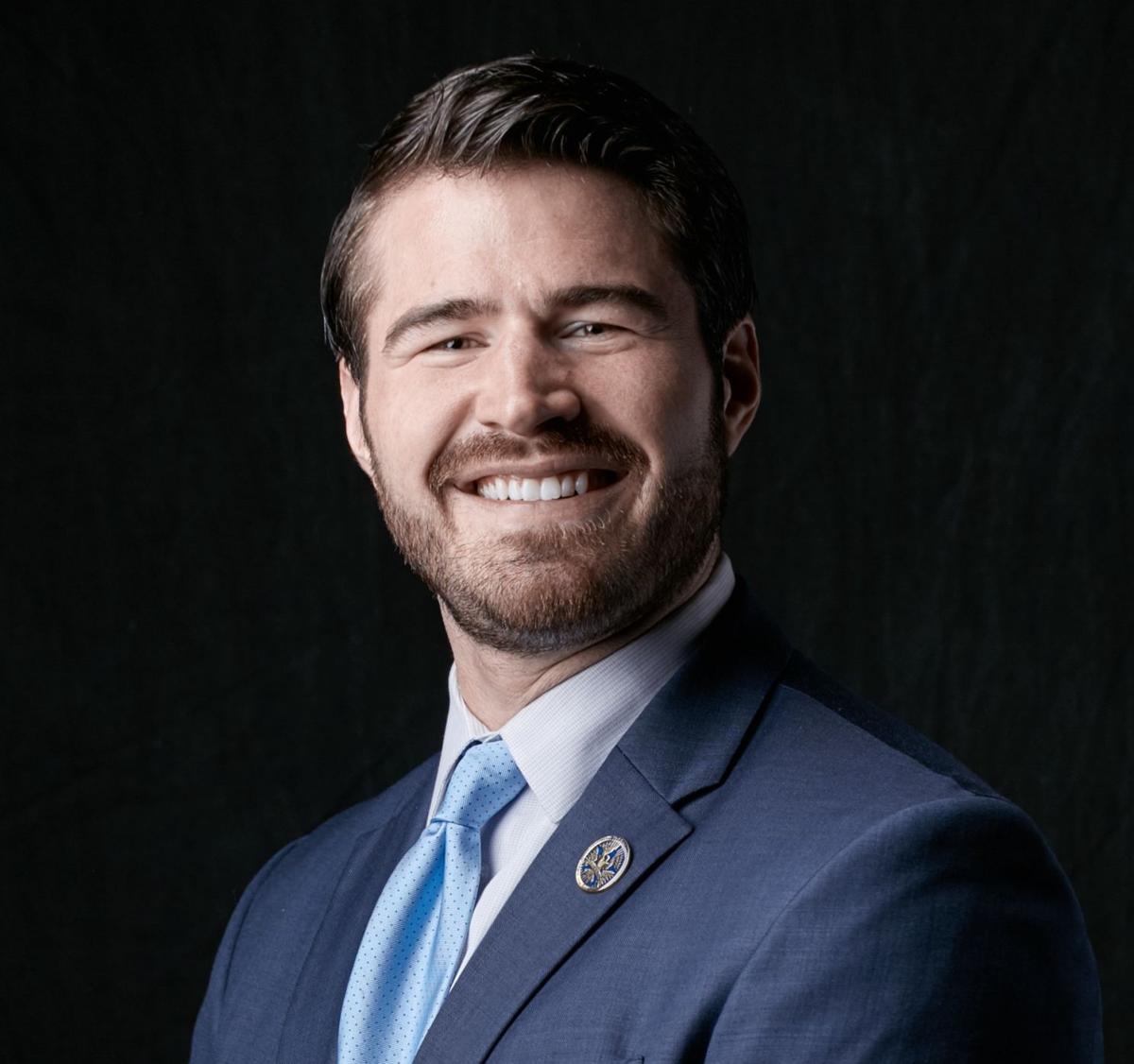