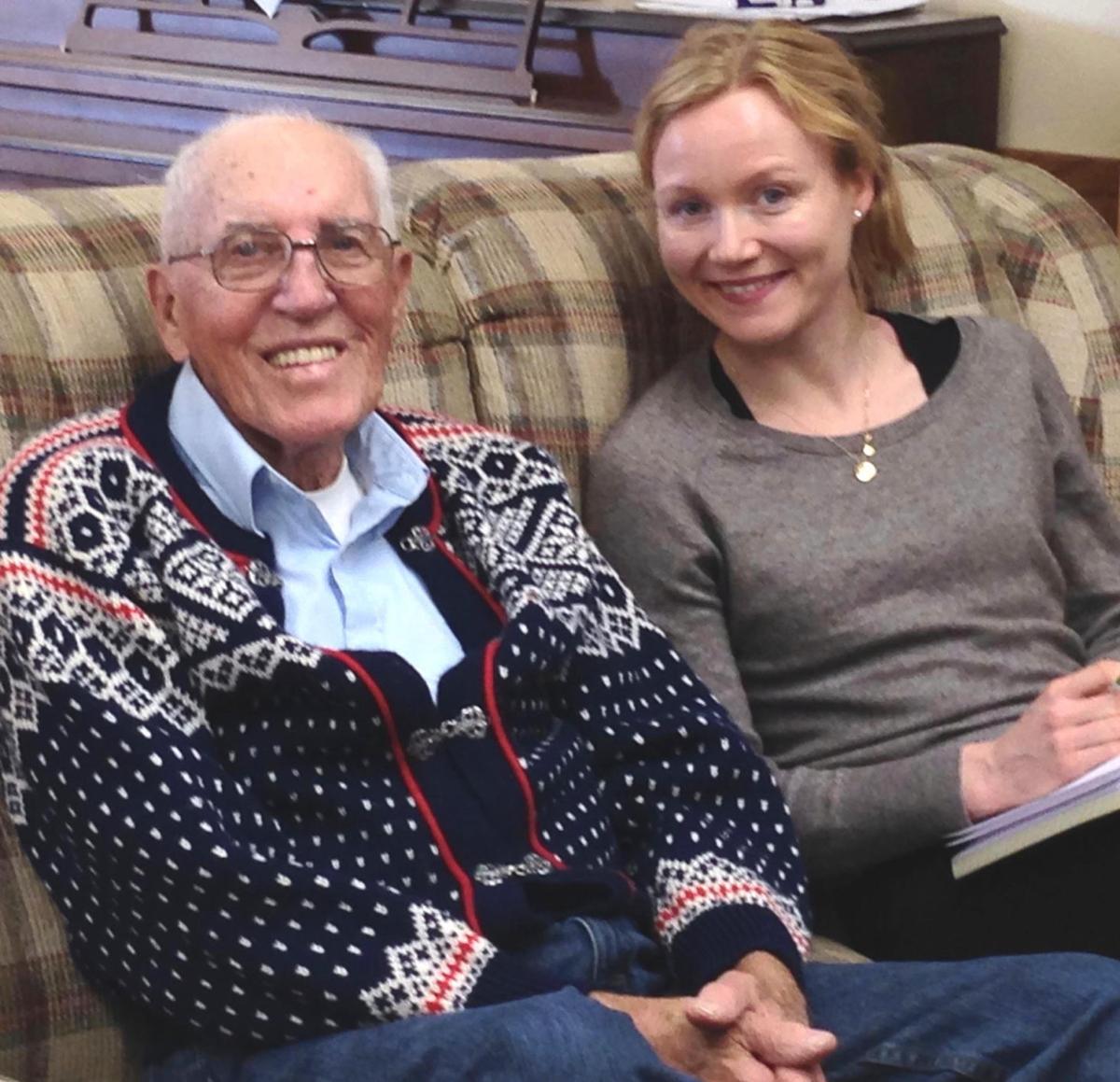 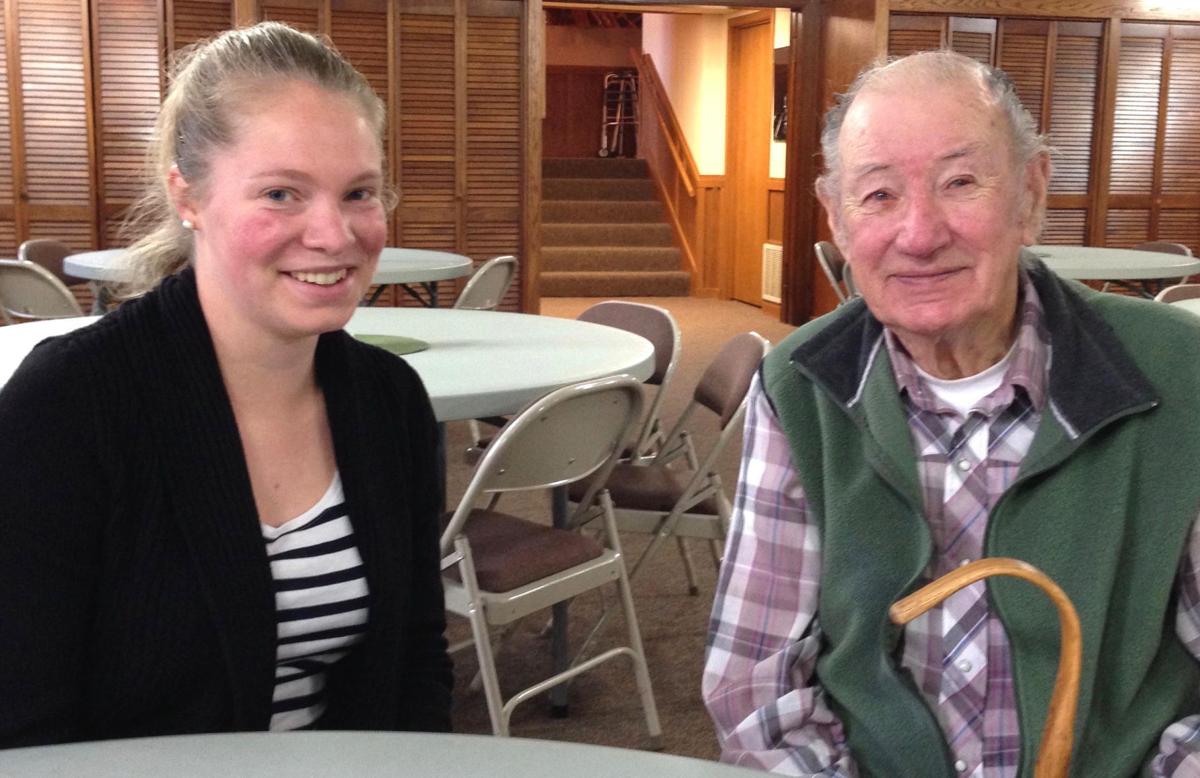 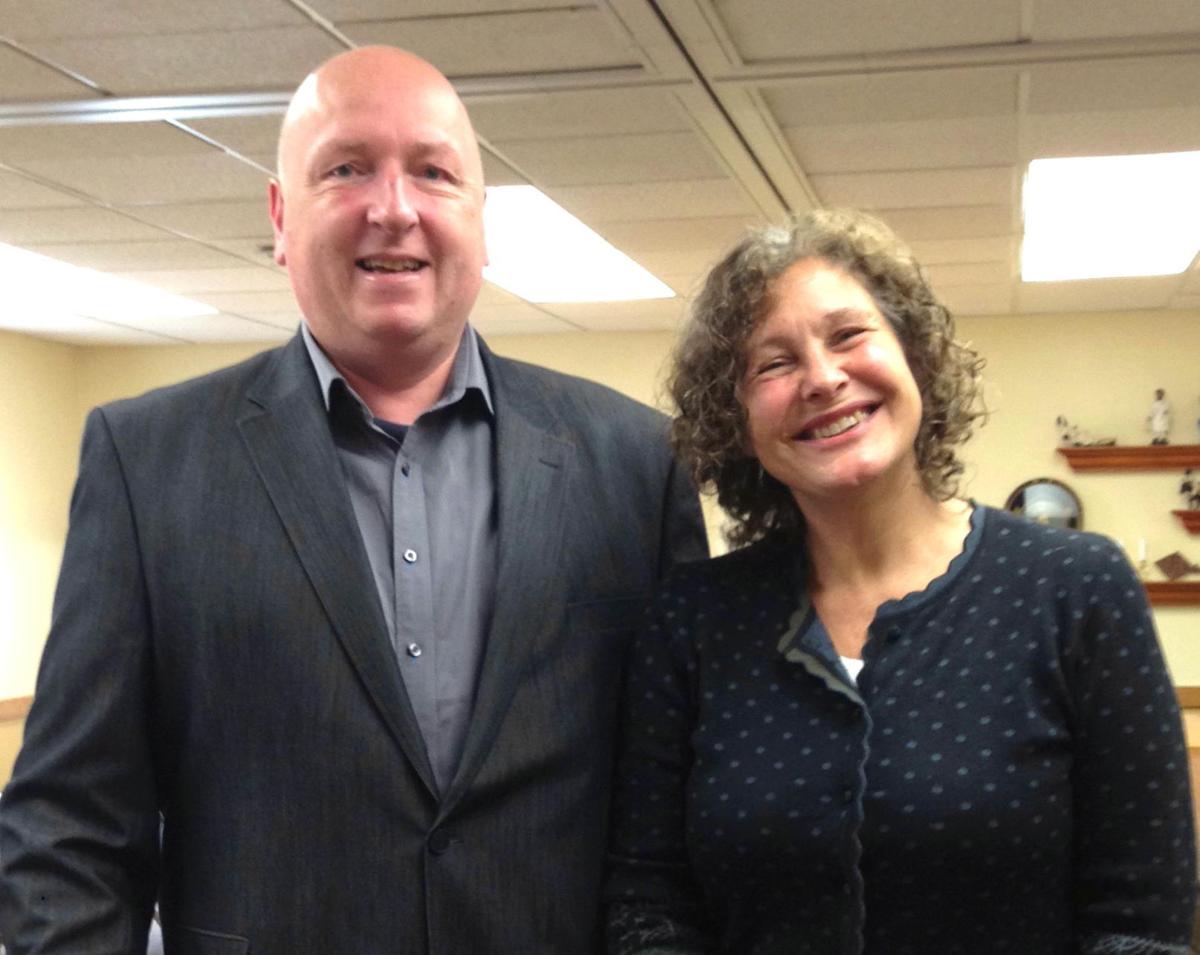 Professor Arnstein Hjelde, Ostfold University College, and Professor Janne Bondi Johannessen, University of Oslo, are among the five members of the “Norwegian Language in America Project” who visited Westby, Oct. 31 to Nov. 2. 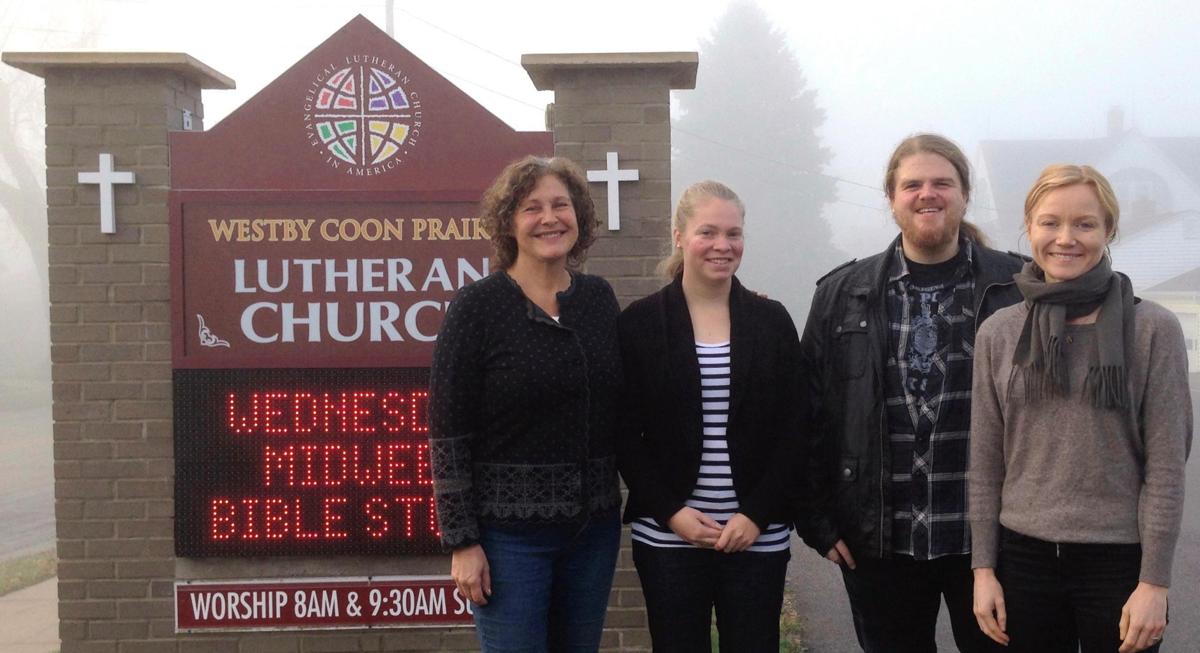 On Monday through Wednesday, Oct. 31 to Nov. 2, five members of the Norwegian Language in America Project visited Westby. They came from the University of Oslo, funded by a grant from the Norwegian Research Council, to study Norwegian speech of Americans.

Interviews at the Westby Coon Prairie Church would number at least 15 people who were born in the United States, speak Norwegian, and learned the language from immigrant relatives who arrived in the United States before 1920 or their descendants. In addition to Westby, the research team is making stops in Chicago, several small towns in Minnesota, and Fargo, N.D., on this visit to the U.S. They have been working on this project since 2010, coming to many parts of the U.S. and Canada almost yearly.

Audio and video recordings of Norwegian language studies from the University of Oslo have been done in this area since the 1940s. The grammar, cadence and dialect of that language spoken in our immigrant community is more unique, as described by Professor Janne Bondi Johannessen, than any of the other areas they study. Because the people in this community have maintained their pride in Norwegian heritage, and have maintained the language more consistently than most communities, the language is more pure, less changed, from how the original immigrants spoke. There are people aged 50-something up to 94 years old in the Westby area who are being studied for this project.

When the team gets back to the University of Oslo, the recordings will be cataloged, downloaded to a computer database, then made accessible for the general public, as well as researchers to review.

Subjects in the study are treated as the “experts” of the language, Johannessen said, because current citizens of Norway, even those from Gudbrandsdal where this Westby area’s dialect originates, do not speak the same language. Slang and modernization of the language has happened in Norway to make some words seem “old fashioned.” For example, when one of the subjects was being interviewed, he used the Norwegian words for “portrait machine,” undoubtedly what he learned from his parents or grandparents, instead of the more modern word “camera.” Also, none of the five researchers in this project are from the Gudbrandsdal area and therefore, do not speak the same dialect as people they are studying. Johannessen said the researchers have had to learn the dialect that is spoken by those in the project.

Keep reading for FREE!
Enjoy more articles by signing up or logging in. No credit card required.
Log in Sign up

Each interview may take as long as two hours. The researchers show pictures, have participants translate stories and use general conversation points to prompt the participants to speak the many aspects of language that are useful to their research. This study of changes, or lack thereof, in the Norwegian language can be shared with researchers studying languages in France, Spain and Germany, to name just a few. The information collected by the Norwegian Language in America Project will be shared with others and help in the study of culture and heritage, in addition to language, throughout the world.

There is quite a process involved in such a project. Professor Arnstein Hjelde has been visiting this area since 1986, when he first came to Westby High School for a semester to teach Norwegian. Hjelde explained that volunteers come to the project by referral, encouragement from friends or relatives who have heard about the project, and by advertisements seen in Norwegian/American publications. Participants are now “old friends” with the researchers, having met many times since 2010 for this project, and even earlier for other studies. Eileen Nelson, who grew up in Westby and now works in Madison, helps the team coordinate the appointments – place, date and times, so that as many people as possible can be interviewed in the short time the team is available in this area.

There may be a few English words spoken by the study subjects during the interviews, there may be a few minor grammatical differences and there may be a slight hesitation while they search for the “correct” word they need to speak, but overall, the researchers are amazed by the “perfect” dialect they study while in the Westby area. Because the subjects do not use Norwegian as their everyday language, the team is very impressed that people in this area speak such a “pure” language.

Before leaving for Minneapolis, the team ate at Borgen’s, shopped at Dregne’s, visited with residents at Norseland Nursing Home and toured Norskedalen. All five researchers agree that this area is a wonderful place to visit and to include in their project. The people in Westby are “so willing to share their stories.”

The researchers said the citizens of Norway, as well as radio broadcasters and newspaper people who share the story of this project, find it very touching that Westby immigrant descendants still maintain so much pride in their Norwegian heritage. Compared to other areas they study, the Westby area has an especially strong attachment to Norway that continues to be embraced by the community. They believe that affinity “is what makes the Westby-Coon Valley area such a special place.”

Bridget Owens has a television date with Rachael Ray.

Owen Colley says he is making clay koalas to raise money for Australian wildfire relief because "helping animals is better than watching TV."

Iowa brother, sister on way to school killed in crash

HINTON, Iowa (AP) — Authorities say a brother and sister who attended schools in the same northwestern Iowa school district have been killed i…

Professor Arnstein Hjelde, Ostfold University College, and Professor Janne Bondi Johannessen, University of Oslo, are among the five members of the “Norwegian Language in America Project” who visited Westby, Oct. 31 to Nov. 2.