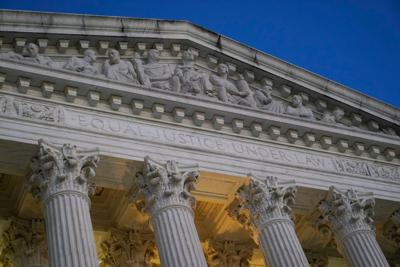 After surviving the ups and downs of yet another election season, it’s hard to even imagine the next one. Next month, however, the U.S. Supreme Court will hear oral arguments in a case — Moore v. Harper — that could have profoundly damaging implications for the way elections are administered here in Wisconsin and across America.

As a former nonpartisan Milwaukee County Circuit Court judge and Wisconsin Supreme Court justice, I really detest the partisan nastiness and name-calling that occurs during election season. But I also firmly believe in the importance of exercising my right to vote and admire those who put their names forward to serve. Public service should be about improving the lives of the people — not a shameless effort to grab more power. And elections should always be free, open and fair to all voters, regardless of their party affiliations.

The Moore case threatens all of that.

The case originated last February after the North Carolina Supreme Court struck down the state’s congressional map on the grounds it violated the state constitution. The justices wrote that the map constituted an “egregious and intentional partisan gerrymander” designed to give the party holding the pen, in this instance the Republicans, an unfair electoral advantage going forward.

Following that decision, a few Republicans in the state legislature appealed the decision to the U.S. Supreme Court. And in June the court agreed to take up the case, with oral argument on Dec. 7. I’m bringing attention to this case because its implications extend far beyond the congressional maps in North Carolina or any other state. They go to the heart of the checks and balances of our three branches of government in sustaining our democracy through fair elections.

A central question for the justices in this case is the so-called “independent state legislature theory.” This theory is an obscure reading of the Constitution — pushed by extreme partisans in recent years — that would give state legislatures the sole authority to set rules for federal elections. Unlike today, the governor and state courts would have no say in the matter, giving state legislatures the green light to draw partisan voting maps, set restrictive election rules and otherwise manipulate the outcome of elections.

Put simply, independent state legislature theory would allow politicians to thwart your vote. This case has the potential to remove all checks and balances at the state level, turning over unchecked power to politicians in state legislatures. Their decisions on regulating elections would not be subject to any judicial review. The threat is so serious that judges like myself all around the country are ringing the alarm bell. The Conference of Chief Justices — which represents chief justices from all 50 states — filed a brief urging the Supreme Court justices to reject the independent state legislature theory. It is rare for judges to stand up like this, but it’s necessary with so much at stake.

Here in Wisconsin, we’ve seen up close just how eager some politicians are to overturn the will of voters. During the past two years, both elected officials and candidates have repeatedly pledged to dissolve the Wisconsin Elections Commission, which is intentionally divided between three Republican-appointed commissioners and three Democratic-appointed commissioners. The elections commission administers and supports elections in Wisconsin, but now politicians in the state legislature want to reclaim the power for themselves.

Here's who really won and lost in Wisconsin's election

Wisconsin’s elections have been well run, administered and tested in the courts. The Wisconsin Supreme Court has reviewed many of those cases and has decided sometimes for Republican litigants and sometimes for Democratic litigants. The point is that parties could seek relief by turning to our courts.

It’s critical that when deciding Moore v. Harper, the justices understand that the power belongs in the hands of the people — the voters of Wisconsin — not just politicians in the statehouse. That’s why our political system — since the framing of the U.S. Constitution by our Founding Fathers — has distributed checks and balances across institutions in the first place, to protect against abuse of power by any one entity or individual. So today, we need reasonable guardrails against those who seek to rig the system for their own benefit, and that’s why the Supreme Court must reject independent state legislature theory once and for all.

Geske is a former Wisconsin Supreme Court justice appointed by Gov. Tommy Thompson. She is a law professor at Marquette University and a member of the Wisconsin State Journal editorial board.

Richland professor looks back and wonders about future after 31 years and 4,500 students