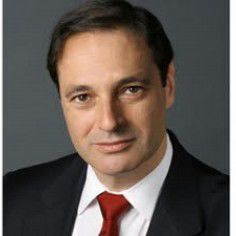 Tokyo 2020 banners adorn the main press center of the Summer Olympics in Tokyo.

COVID-19 cases are rising, vaccinations are low, and most of the host country wants to cancel the event. Yet, the Games should go on.

The 2020 Tokyo Summer Olympics were delayed until July 23, 2021, due to the pandemic. The rescheduled Games face continued headwinds.

More than 80% of Japanese, fearing a super-spreader event, want the Olympics canceled. Only 15% of the population is fully vaccinated. The country had a surge in cases during May that subsided, but small upticks in new cases in the Tokyo area — approximately 900 new cases per day in a city of 10 million — have prompted Japanese authorities to declare a state of emergency.

Japan had earlier barred foreign spectators from attending the Games and limited attendance to no more than 50% capacity by domestic spectators. More than 3.5 million Japanese fans bought tickets. Now the government, in concert with Olympic officials, announced that no spectators will be allowed into any Tokyo athletic venue. The total ban means that organizers will lose $800 million in ticket sales. So far, the billions in TV revenues are safe but would be imperiled if the whole event is canceled.

More than just money is at stake, though. Over the years, the Olympics have been an important symbol of peaceful international competition and cooperation. Holding the Olympics is an opportunity to demonstrate that the pandemic is largely behind us and that life can safely return to normal. There are plenty of reasons to believe it can be done.

The NBA “bubble” — where the basketball league sequestered players and officials at Disney’s Orlando resorts for three months last year to play the final games of the season and the playoffs — showed that sporting events could be safely conducted in an era before vaccines were available. Mitigation measures included daily testing, social distancing, mask-wearing and contact tracing. No COVID-19 cases were reported in the bubble.

Similar mitigation measures will be in effect in Tokyo. In addition, in contrast to the NBA bubble, most of the Olympic athletes have been vaccinated, which substantially lowers the possibility of viral transmission in the Olympic Village.

Japan’s earlier strategy of allowing limited domestic attendance would likely be safe. NFL and NCAA games held with limited attendance this past football season did not increase the spread of COVID-19. Completely banning spectators is likely overkill, but it guarantees there will be no disease transmission.

While Japanese vaccination efforts have lagged those of other developed nations, the pace of vaccinations has recently surged. Japanese authorities initiated a drive to vaccinate the country’s 36 million people over age 65 by August. This is the age group that is far and away the most vulnerable to severe COVID-19 disease and death, accounting for more than 80% of COVID-19 deaths.

COVID-19 represents a far less dangerous threat to younger people, especially if they do not have complicating medical co-morbidities. Vaccinating the elderly and convincing people with medical conditions to steer clear of public events will, independent of mitigation measures in place at the Olympics, curb COVID-19 infections and complications.

After a year and half of sacrifice and medical and economic hardship, it is time to look forward. The Tokyo Olympics can be safely conducted and will be an important symbol of human resilience.

Joel M. Zinberg is a senior fellow at the Competitive Enterprise Institute and an associate clinical professor of surgery at the Icahn Mount Sinai School of Medicine. He wrote this for InsideSources.com.

The Ethical Life podcast: Should we cheer recent trips to space by billionaires?

Episode 17: The hosts also debate whether teens should be able to get vaccinated without their parents’ consent and discuss a study that shows many have lost confidence in big institutions.

Jeff Bezos, the world’s richest man who is stepping down as CEO of Amazon, once told a graduating class at Princeton University that “we are w…

When I ran for State Senate, I pledged to bring western Wisconsin common sense values to the legislature and stand up for hard-working familie…

Counterpoint: Should COVID-19 vaccinations be mandatory for students?

Throughout the country, schools (especially colleges and universities) are mandating that students receive COVID-19 vaccinations before they r…

The most important and high-profile case the U.S. Supreme Court will hear in the upcoming 2021-2022 term that begins in October revisits Roe v…

Point: We would die for our children; let them be vaccinated

Our fear for our children’s safety is visceral, and it is universal.

Adrian P. Wydeven: Hunting seasons on wolves should be based on facts, sound science

July 27, the Tribune published a commentary titled “Supervised hunt posed no risk to survival of the wolf.” The article had several false and …

Opinion: Vaccine rollout Is a success story unlike any in the world

On May 4, President Biden set the goal for 70% of adults to receive a COVID-19 vaccine dose by Independence Day. On June 22, the White House c…

Tokyo 2020 banners adorn the main press center of the Summer Olympics in Tokyo.