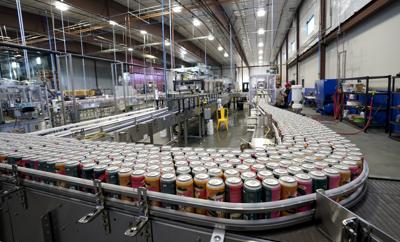 Donald Trump might have learned some basics about tariffs — such as who pays for them — during his more than 3½ years of waging unwise trade wars.

Instead, the Republican president still doesn’t get, or simply ignores, the financial burden on regular Americans. Trump continues to claim that nations on whose goods he imposes tariffs pay the import taxes. In fact, U.S. consumers or companies end up footing the bill.

Take the new 10% import tax Trump says he is going to reinstate on Canadian aluminum. Canada won’t pay that. Companies that use aluminum will, and then they’ll pass it on to consumers who buy their products. And when other countries retaliate with tariffs of their own, American workers suffer because the goods they produce aren’t as competitive. Less demand becomes less work becomes smaller or fewer paychecks.

“These tariffs will also disproportionately harm Wisconsin’s storied beer industry, which is already facing weakened demand due to a national shortage of aluminum cans and a stagnant economy,” Kind said. “This is not how we treat allies that we have recently agreed to a new trade deal with.”

Stick with mask mandate for now

The tariff likely violates the recent United States-Mexico-Canada Agreement that Trump was so proud to negotiate, Kind warned.

Trump, who calls himself “Tariff Man,” points to a surge in imported Canadian aluminum to support his charge that Canada was trying to flood the U.S. market. But aluminum demand has gone up as pandemic quarantines have driven bar patrons home and away from draft or bottled beer. In addition, the growing popularity of hard seltzers has increased demand for aluminum cans.

Imports of Canadian aluminum have actually leveled off, and they even dropped from May to June, according to the Aluminum Association trade group, further undercutting Trump’s stated rationale.

Instead, it seems clear that Trump, who announced the tariffs at a Whirlpool plant in Ohio, is trying to score points with Midwest industrial workers. But a move that will make people pay more for beer and other products served in aluminum cans while harming American workers affected by Canada’s retaliatory tariffs seems destined to backfire — especially with the economy tanking because of the pandemic.

Trump’s trade wars have been unmitigated disasters. His trade war with China cost U.S. farmers billions — devastating Wisconsin dairy and soybean farmers. He tried to make up for that with $28 billion in bailouts, but the programs were beset by scandal and incompetence.

Wisconsin’s congressional delegation must try again to pass the Bicameral Congressional Trade Authority Act, stripping Trump of the ability to unilaterally impose tariffs by simply claiming they are necessary to protect national security.

Launching another unnecessary, unwinnable trade war during a global pandemic against an ally that recently signed a trade treaty with America is the real threat to national security. Soybeans were one thing. But when the price of a six-pack goes up because the cans are more expensive, maybe Americans and Congress will finally do something.

Bring an early Trump vs. Biden debate to Wisconsin

OUR VIEW: Commission should add Wisconsin event to get ahead of surge in absentee voters

OUR VIEW: Body-worn cameras are key to seeing what really happens

OUR VIEW: The Madison City Council must do more to help smashed and looted stores