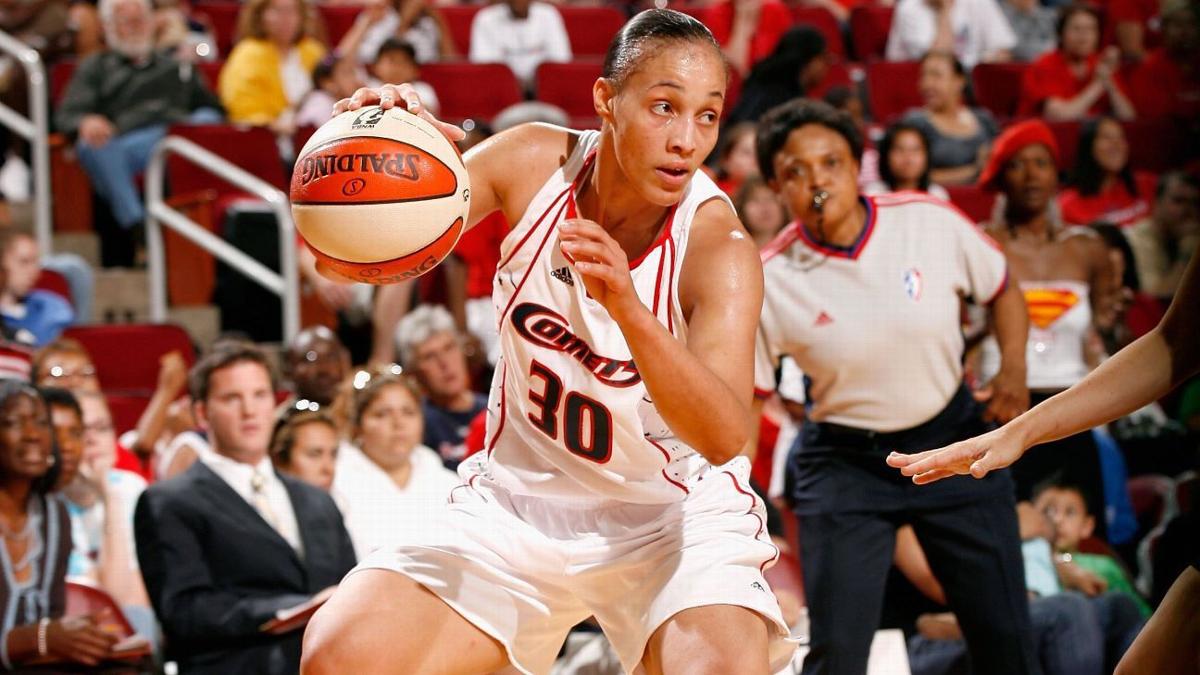 Tamara Moore, who was a first-round choice and the 15th overall selection by Miami in the 2002 WNBA draft, played for seven teams from 2002-2007 in her WNBA career. 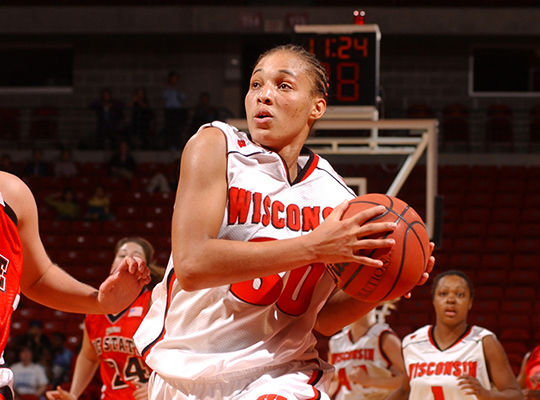 Since she was 10 years old, Tamara Moore knew what she wanted to do.

“I was always going to be a coach,” Moore said.

On April 11 — her 40th birthday — Moore was announced as the men’s basketball coach and the softball coach at Mesabi Range College, a junior college in Minnesota about 64 driving miles northwest of Duluth.

“I never knew I’d get this high (in coaching) and make history,” she said in a recent phone interview. “I’m really excited to get going.”

She isn’t the first woman to coach a college men’s basketball team (she’s believed to be the second). But she’s been told she is the first African-American female to coach a men’s team in college basketball.

Moore, who has coached high school basketball and semi-pro men’s basketball, said she appreciates the women she’s played with and those who have opened doors and served as trailblazers in basketball — mentioning individuals such as Becky Hammon, Swin Cash, Teresa Weatherspoon, Sue Bird, Lisa Leslie, Cheryl Ford, Diana Taurasi and Edniesha Curry (an assistant coach for the Maine men’s basketball team).

Moore also said she appreciates this opportunity from Mesabi Range. In turn, she hopes she can create opportunities for the student-athletes she coaches so they can enjoy success like she did.

Moore was a standout at UW, a 5-foot-10 point guard who could score, pass and defend — with a vibrant personality that filled a room.

That Moore eventually got into coaching didn’t surprise WIAA assistant director Peterson Abiad, who was an assistant on then-coach Jane Albright’s staff when Moore played.

“She orchestrated the plays,” Peterson Abiad said. “She was a very heady player. She understands the game so well. She was always aware of what we were doing and wanted to do, and what we were doing in the game. … She was the consummate point guard. She was our quarterback.”

Knowledge of the game

Moore is confident she can demonstrate that women are as knowledgeable as men coaching the game.

“I know the game,” she said. “I’m more than prepared for the challenge.”

Moore, who had coached three years at Edison High School in Minneapolis, said she learned about the openings at Mesabi Range in February when an Edison student-athlete was being recruited by Mesabi Range women’s volleyball coach Sara Matuszak, who spoke with Moore.

When Moore heard Matuszak’s voice, she said she recognized the former guidance counselor at Minneapolis North, where Moore led her team to a state championship and was named Miss Basketball in 1998.

“Hearing her voice, brought me back to my high school days,” Moore said. “You never know what connections will lead to a future opportunity.”

Even in high school, Moore was interested in coaching. When she was a senior, she said she coached the freshman girls team and then played in the varsity game; she also served as a manager for the boys team.

“Now looking back at it, how did I do all that?” she said.

She had caught the coaching bug.

“I’ve always been enamored with the X’s and O’s,” she said.

Excited by ‘The Last Dance’

She was immersed this spring in watching “The Last Dance” documentary about Michael Jordan and the Chicago Bulls because the Bulls were the team she focused on as a youth, studying their games on TV and constantly drawing diagrams of plays.

“I got my passion from watching the Bulls’ games,” she said.

So far, she’s bringing in 15 players to Mesabi Range — including her younger brother, Michael Johnson — and adding them to a basketball roster with three returners. She hopes to get started on campus this fall, after the COVID-19 pandemic prevented that this spring.

Moore, inducted into the UW Athletic Hall of Fame in 2017, said her background and resume in basketball aids recruiting and how male players respond to her.

They are convinced about her knowledge when they hear she was the 15th overall pick in the 2002 WNBA draft (in the first round to Miami) and played five seasons in the WNBA (for Miami, Minnesota, Detroit, Phoenix, New York, Los Angeles and Houston). She also played two years in France and four years in Israel during and after her WNBA career.

They know she has been there and done it.

Defense on her mind

“I’m a very defensive-minded coach,” said Moore, 2001 Big Ten Conference Defensive Player of the Year and a two-time first-team All-Big Ten selection. “I love that defense can lead to offense.”

She said she learned from many coaches, including her high school coach, Faith Johnson Patterson; Albright at UW; and WNBA coaches Bill Laimbeer, Michael Cooper and Joe “Jellybean” Bryant, father of the late Kobe Bryant. Moore said she was inspired most by the former Tennessee women’s coach, the late Pat Summitt.

This is not the first time Moore has coached men.

She said she’s coached a men’s semi-pro team, The Twin Cities Elite, since 2016.

She said she owns the team and also a semi-pro league, the OBA (the Official Basketball Association). The coronavirus outbreak kept the league from playing in 2020, but she said she hopes the league will have 35 teams playing nationally in 2021 (including two in Wisconsin).

Moore also closely watched the Badgers’ men’s basketball games when she was at UW.

“I was always enamored with the style of men’s basketball,” she said.

Moore thinks back fondly to when she played at UW, winning a WNIT title when she was tournament MVP in 2000, climbing the national rankings when the Badgers started 16-1 in the 2001-02 season, playing in the NCAA tournament and breaking the program’s assists and steals records.

However, Moore knew she never was going to be a coach until she finished her bachelor’s degree. Her WNBA and overseas career delayed her completing her degree.

Moore, encouraged along the way by Albright, said she came back to UW in 2008 and completed eight credit hours, then finished her final 12 credit hours in 2014. She earned a degree in African-American studies in 2014.

“I knew that was something that would make my mom proud,” she said. “I always wanted to be a college graduate.”

Moore, who’s lived in the Minneapolis area the past 10 years, has served as a school behavioral dean for K-8 in Minneapolis.

Now, she embarks on a new journey, as a pioneer, breaking a new ceiling.

She hopes to make Mesabi a championship program, though one day she’d like to be an NCAA Division I coach, mentioning she wouldn’t mind at some point returning to UW to coach in some capacity.

“Men or women, I don’t care, I want to coach at the highest level,” she said.

Tamara Moore, who was a first-round choice and the 15th overall selection by Miami in the 2002 WNBA draft, played for seven teams from 2002-2007 in her WNBA career.