Training camp for the University of Wisconsin may not start next week as presently scheduled.

A letter sent to Big Ten Conference athletic directors from conference commissioner Kevin Warren and Dr. Chris Kratochvil, the chair of conference’s task force on emerging infectious disease, says “scheduling for fall sports remains fluid.” The conference will decide in the next five days whether training camps — UW is slated to begin camp Aug. 6 — can begin amid the COVID-19 pandemic.

The letter, first reported on by Eleven Warriors and published by Cleveland.com, says the conference is still determining whether testing standards can be met.

“We will not, and cannot, proceed with preseason camp until we are certain that we can do so safely and that will depend, in part, on testing,” the letter reads. “Once we have everything in place to execute our testing protocols effectively, including the appropriate number of tests secured for all fall sports, we can make a decision as to whether preseason camp will begin as currently scheduled.”

The letter also states that the conference will release conference-wide medical policies and protocols next week. These will include standardized testing requirements for each conference institution.

“We know how much this matters and recognize that these years are often some of the most formative and impactful years of a student-athletes,” the letter reads. “Though we remain hopeful to compete in a Conference-only schedule this fall, we cannot guarantee that will happen.”

When the Big Ten announced a conference-only scheduling model for fall sports on July 10, Warren said he anticipated having schedules ready “in a week or so.”

According to a Chicago Tribune report, the most likely plan for football is to adopt a 10-game schedule that would begin Sept. 5 and have three to five open dates to allow the possibility of teams needing to quarantine due to a COVID-19 outbreak, as has happened at Michigan State and Rutgers this month.

UW linebacker Jack Sanborn was an anchor of the Badgers defense a year ago, a group that ranked in the top five of key defensive metrics most of the season. But he also had teammates like Zack Baun and Chris Orr whose pass-rushing skills drew more attention.

Still, Sanborn led the team in total tackles (80) and tied for the team interception lead (three), and that performance has garnered preseason attention. The Lake Zurich, Ill., product is on the watch list for the Butkus Trophy as the nation’s top linebacker, the Bednarik Award as the nation’s best defensive player, and the Lott IMPACT trophy as college football’s defensive IMPACT player of the year.

“Obviously, it feels good, getting the recognition that I’ve been getting,” Sanborn said. “But at the same time, I understand it’s all preseason awards and what matters most is what you do during the season. I’m excited to soon get back on the field and play a little football.”

Preparing for the fall season has been a different task for Sanborn throughout the spring and summer. With no spring practices and usual summer workouts taking on a different look, he said he’s been focused on improving his understanding of UW’s defense and sharing his knowledge with teammates.

Orr’s production will certainly be missed by UW defenders, but he was also the vocal leader of the unit. That’s a role Sanborn said he’s also working on filling.

“I don’t know if I’m ever going to be the guy that just goes up and gives a motivational speech, but one thing about a leader that you’ve got to have faith in everyone and trust everyone and being able to talk to everyone,” he said.

Red Zone podcast: A rare recruiting miss for the Badgers and an in-depth look at the defense

In a media poll conducted by Cleveland.com, the Badgers are the favorites to win the Big Ten West Division, and the defending conference champion Ohio State Buckeyes the favorites in the East.

A beat reporter covering each team, including the State Journal’s, was polled, as were conference-wide and national reporters. Ohio State was picked as the conference champion by 33 of the 34 respondents, with Penn State tallying the other vote.

UW received 19 votes to win the West, with Minnesota receiving 14.

The Manning Award — named after the Manning family of quarterbacks, Archie and Eli (Ole Miss) and Peyton (Tennessee) — is given to college football’s top quarterback. The award is unique in that it accounts for bowl game performance as well.

Two Badgers recruits were in a rare position to play high school sports amid the pandemic this week, but neither had the outcome they wanted.

Daniel Wright, a walk-on QB in the 2020 class, pitched for his second-ranked Sergeant Bluff-Luton squad in the 3A quarterfinals Tuesday, and was hit with his second loss of the season. He allowed just three runs (two earned) in 6⅔ innings, and struck out nine, but SB-L lost 3-1 to Marion. Wright also went 0-for-2 with a walk.

TJ Bollers, a four-star edge defender orally committed to the 2021 class, saw his Clear Creek Amana team’s seventh-inning rally fall short in the 3A quarterfinals on Tuesday. Bollers was the designated hitter and went 1-for-4 with an RBI double.

It’ll be the first fall without football since 1896 in the conference, and the first since 1889 for the University of Wisconsin.

Badgers basketball forward Micah Potter said he knew within 72 hours of meeting Loyola University volleyball player Elle Van Grinsven that she was the one.

Conference presidents and chancellors are meeting Sunday night to discuss future of fall sports, according to multiple reports.

Giannis Antetokounmpo ejected for headbutt in Bucks' victory over Wizards

The NBA has yet to rule if the incident will result in a suspension.

It’ll be the first fall without football since 1896 in the conference, and the first since 1889 for the University of Wisconsin.

Figures released by UW on Thursday showed 21 athletes testing positive among 259 who were tested between June 8 and Wednesday.

The athletic director and coach say any plan wouldn't amount to a full season.

Antetokounmpo will be eligible for Game 1 of the Bucks’ first-round series against Orlando, which will almost certainly be played Monday or Tuesday at Walt Disney World.

Giannis Antetokounmpo sits out as Bucks fall to Raptors

The reigning MVP missed the game after undergoing oral surgery.

In an attempt to save the 2020 season, college football players call for standard testing practices across the Power 5 conferences and to form a players union. 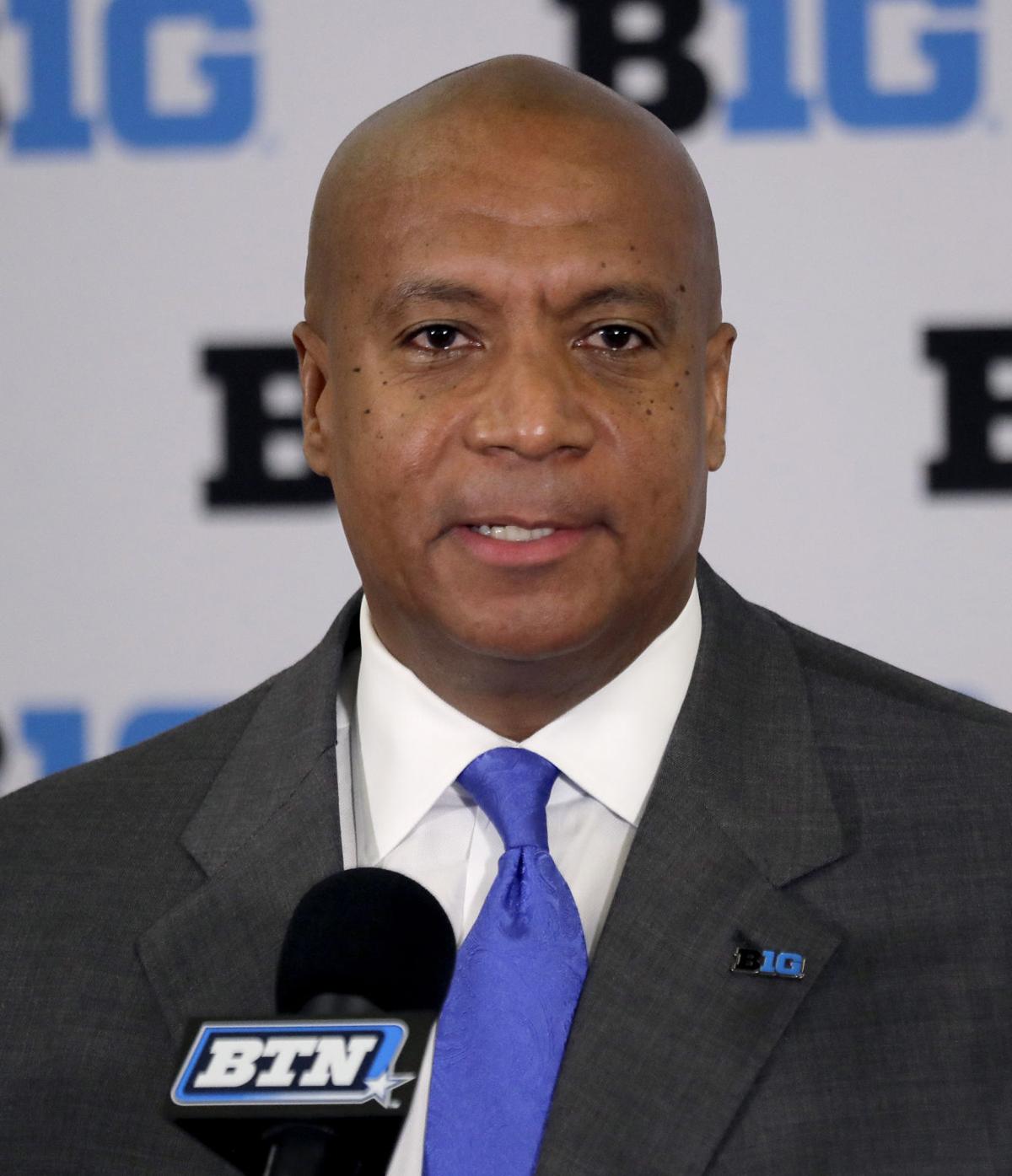 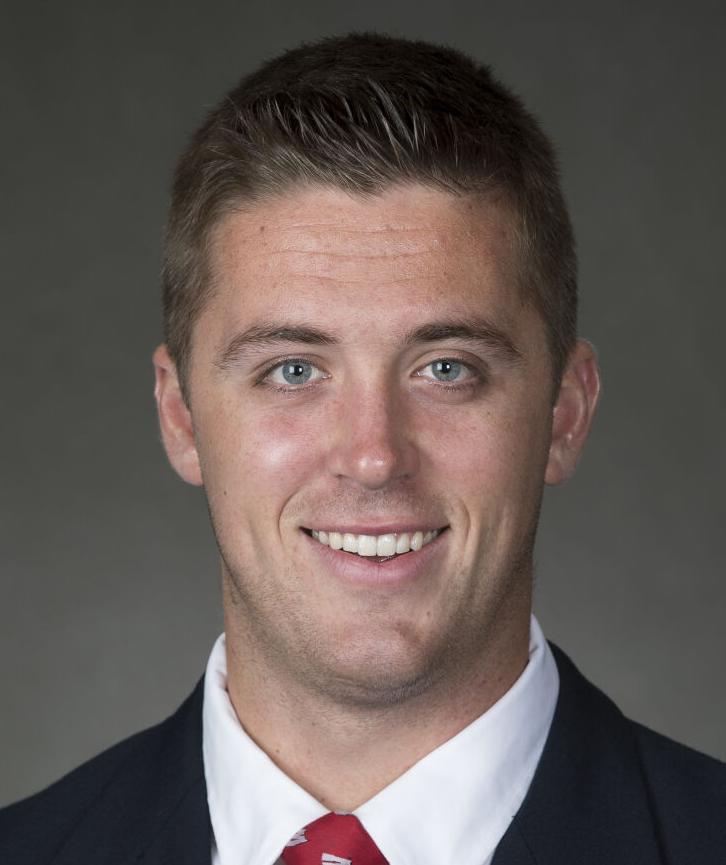