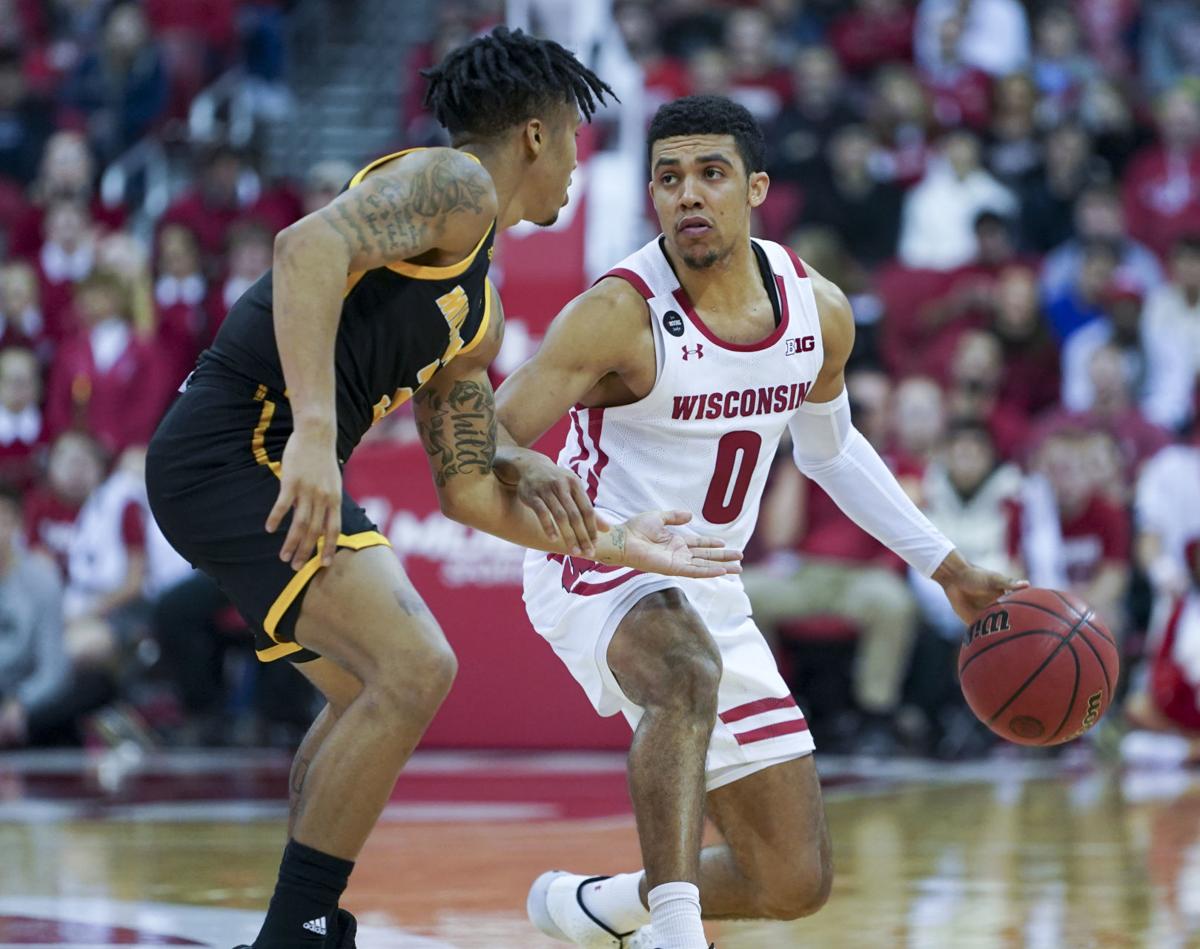 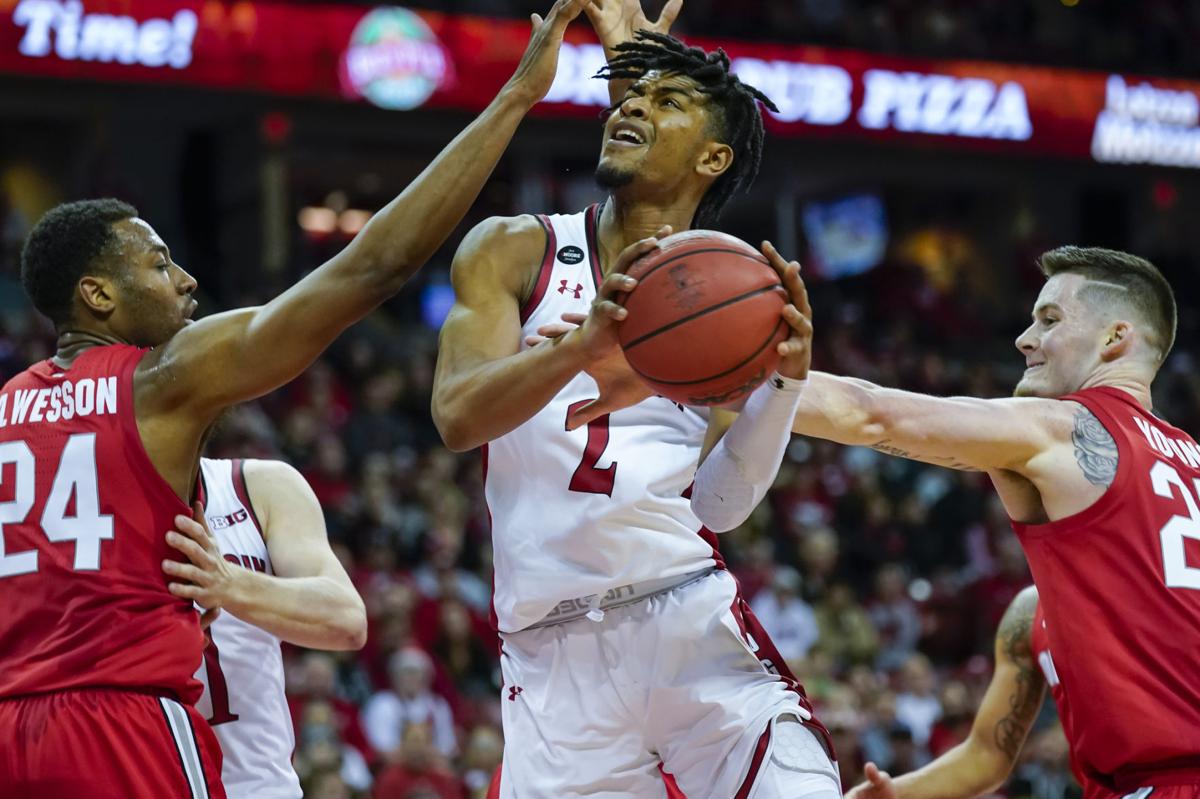 LINCOLN, Neb. — Aleem Ford and D’Mitrik Trice were just getting to know each other back in 2015 when they were seated at the same table at IMG Academy in Florida.

As the story goes, somebody in the room did something goofy that didn’t generate much attention. But both Ford and Trice noticed it, and each of them started laughing.

“When we both realized that we were laughing at the same thing, we just started laughing harder,” Ford said. “That’s when we realized we had the same sense of humor.”

It didn’t take long for Ford and Trice to discover that wasn’t the only thing they shared in common. They’d been friendly to that point, but that moment was the starting point of a bond that has only gotten stronger over four-plus seasons as teammates.

Now, as fourth-year juniors for the University of Wisconsin men’s basketball program, Ford and Trice are practically inseparable. They’ve leaned on each other for support through highs and lows, though both are trending upward as the Badgers (14-10, 7-6 Big Ten Conference) get set to play Nebraska (7-17, 2-11) on Saturday at Pinnacle Bank Arena.

When Kobe King left the team three weeks ago, it meant others would have to pick up the slack for UW. Count Ford and Trice among the players who have increased their production over the four games since King’s final appearance in a loss at Purdue on Jan. 24.

Trice, a point guard from Ohio, has averaged 12.0 points, 5.8 rebounds and 6.3 assists during that span while posting a sparkling 3.6 assist-to-turnover ratio.

Ford, a forward from Georgia, has averaged 10.0 points during that stretch and grabbed a career-high nine rebounds in a 70-57 win over Ohio State last Sunday. He’s scored in double figures in three consecutive Big Ten games, the first time in his career he’s accomplished that feat.

“We talk all the time and I’m always telling him and he’s telling me, we’ve got to be aggressive now, we’ve got to be even more assertive on both ends of the floor and I think Aleem is taking that role to a whole ’nother level,” Trice said. “He’s scoring the ball, rebounding, making the right plays. He’s just upped his aggressiveness and that’s really helped him on both ends of the floor, not just on offense.”

Not only do Ford and Trice share the same major — communication arts: radio, TV and film — they’ve been roommates each of their four seasons at UW. That wasn’t the case during their postgraduate season in Florida, where Trice had his own room and Ford lived down the hall with Jonathan Isaac, who went from IMG to Florida State for a season to being selected in the lottery of the 2017 NBA draft by the Orlando Magic.

Ford grew up with an older sister who didn’t play sports. In some ways, Trice has become the brother he never had and Ford even spends time with Trice and his family in Ohio during the offseason.

While Ford and Trice have the same basic interests — basketball, video games, that silly sense of humor — their personalities are different. “He’s more chill and relaxed,” Ford said, “and I can be all over the place.”

And, yes, they clash at times. There was the time as freshmen when they were in the same class and there was a miscommunication about an assignment. The details are fuzzy three years later, but one of them sent an email to an instructor and didn’t include the other in the chain.

“Like all brothers do, we always fight,” Trice said. “We bicker with each other, we’ve got in fights where we’re pushing each other and things like that. But at the end of the day it’s all love.”

That connection has been as important as ever this season, which has been challenging on and off the court for the Badgers. Ford was hoping for a breakout season but, after a strong start, hit a rough patch in Big Ten play. Trice was UW’s leading returning scorer, but his shooting numbers are down this season.

In good times and bad, the first official recruits of the Greg Gard era know the other is there to serve as a sounding board.

“We’ve both had different careers, but we’ve been through pretty much the same things in a certain sense,” Ford said. “We’re always there for each other whether we need to talk about it or you just need to give him a little push or you need to tell him to handle it a certain way.

“We have a good enough relationship to where we can communicate on those things and we know that it’s coming from a good place and we kind of take it into account that we have each other’s best interests” (at heart).

And to think it all started with some shared laughter.

“We knew from that moment,” Trice said, “we’d be best friends.”

Player to watch: Senior wing Brevin Pritzl (above) scored a season-high 19 points in UW’s 70-57 win over Ohio State last Sunday. Pritzl made five 3-pointers against the Buckeyes, a career high.

UW set a program record with 18 made 3-pointers in its 82-68 win over visiting Nebraska on Jan. 21. Brad Davison (above) made four 3s and finished with a team-high 14 points, while D'Mitrik Trice produced 11 points, 10 rebounds, seven assists and three steals. … Micah Potter made his first career start at UW in the win over Ohio State, finishing with nine points, five rebounds and two blocks in 24 minutes.

Coach: Fred Hoiberg, 7-17 in his first season at Nebraska.

Player to watch: Senior Haanif Cheatham (above) scored 20 points in Nebraska’s 72-70 loss at No. 9 Maryland on Tuesday despite playing with a calf injury. Cheatham began his career at Marquette before transferring to Florida Gulf Coast.

The Cornhuskers have lost nine consecutive games since a 76-70 victory over visiting Iowa on Jan. 7. … Dachon Burke (above) missed the game against Maryland with an illness. He scored 20 points in the first meeting with UW this season. … Cam Mack is third in the Big Ten with 6.5 assists per game.