GREEN BAY — Matt LaFleur will have a new defensive coordinator for his third season as the Green Bay Packers coach, having parted ways with Mike Pettine on Friday.

Pettine, whose contract with the Packers was set to expire after the season, becomes the second coordinator to depart this week. His exit comes two days after LaFleur fired special teams coordinator Shawn Mennenga.

The Packers announced both Pettine’s departure and Mennenga’s dismissal on Friday afternoon.

“We want to thank Mike for his commitment to the Packers for the last three seasons. He was an important part of our success. As a first-time head coach, he was also an invaluable resource for us during our time together,” LaFleur said in a statement released by the club. “We wish Mike, Megan, and the rest of their family the best moving forward.”

As for Mennenga, LaFleur said in the statement: “We appreciate Shawn for all that he has given to the organization and his contributions to our success over the past two seasons. We wish all the best to him, Christie, and the rest of their family in the future.”

A league source confirmed earlier this week LaFleur has decided to promote assistant Maurice Drayton to the special teams coordinator position, though the team has not yet announced that move.

Packers tab Maurice Drayton to be next special teams coordinator, a day after firing Shawn Mennenga

How he’ll move forward in his defensive coordinator search is unclear, but he’s not expected to limit himself to promoting from within.

Pettine, whose unit improved significantly during the season until giving up a pivotal touchdown in the closing seconds of the first half of the team’s NFC Championship Game loss to the Tampa Bay Buccaneers on Sunday, was not under contract for next season, having not signed an extension following last season. ESPN.com first reported earlier this week that Pettine opted to play out the 2020 season without extending his deal, which is rare in NFL coaching circles.

Pettine, who was originally hired by former head coach Mike McCarthy in 2018, was retained by LaFleur after LaFleur was hired in January 2019. With Mennenga and Pettine out, the lone remaining coordinator from LaFleur’s original staff is offensive coordinator Nathaniel Hackett.

LaFleur did not comment beyond the statement put out by the team. He and general manager Brian Gutekunst are set to hold their annual end-of-the-season Q&A sessions with reporters on Monday morning.

In terms of in-house candidates, defensive backs coach Jerry Gray has coordinator experience and would be an option if LaFleur decided he wanted someone who has been a coordinator before. Gray joined the staff on Jan. 29, 2020 and has 24 years of NFL coaching experience.

Asked about his decision to hire Gray last offseason, LaFleur replied: “I’ve been super impressed with Jerry. Obviously, he was a hell of a player. … Then when you combine his coaching experience with that, I think he’s just a tremendous resource for our defensive staff. He’s been in a lot of different systems; he‘s been a coordinator, so he sees it through that coordinator’s eyes and understands how all 11 work together. I think he does such a good job of connecting with our players in a short period of time that they’ve had a chance to sit down and talk. I’m really excited about just what he brings not only to that room but our entire football team.”

Outside linebackers coach Mike Smith, a Pettine protégé who has never been a coordinator, also could be an in-house candidate. Smith helped develop 2019 first-round pick Rashan Gary into a consistent contributor this season and is highly regarded by veteran outside linebackers Za’Darius and Preston Smith.

ESPN NFL analyst Rex Ryan, who worked with both Pettine and Smith in Baltimore and hired them with the Jets, praised Smith during an October interview on ESPN Wisconsin: “Believe me, the job Mike Smith did with (the Smiths) is unbelievable. They weren’t these type of players until last season. So Mike Smith did a hell of a job there, and Mike Pettine leans on him. I assure you.

“Mike Smith, he’s family. I love him. He played for me, he’s tough, he’s what you want as a coach. He’s the genuine deal. And like I say, obviously I pull for these guys. That’s obvious. But I guess I’m really proud of the job that Mike Smith did last year in particular.”

Veteran defensive coordinator Wade Phillips, who was on the Los Angeles Rams staff with LaFleur under Sean McVay in 2017, could be an interesting option if he wants to return to coaching at age 73. Phillips spent the 2020 season out of football after the Rams didn’t renew his contract following the 2019 season. He posted a Tweet earlier this month announcing he wants to still coach.

“I am ready to retire from retirement! I am ready and available,” Phillips wrote. “Let’s win.”

If LaFleur wanted to stay in a similar system and believes the Packers have the personnel to fit the existing scheme, he could pursue University of Wisconsin defensive coordinator Jim Leonhard, a standout player at UW who played for Pettine with the Baltimore Ravens, New York Jets, Buffalo Bills and Cleveland Browns and also played for Ryan with the Jets and Bills. Leonhard is viewed as one of college football’s brightest up-and-coming young coaches.

“I’m really proud of him,” Ryan said of Leonhard in that ESPN Wisconsin interview in October. “He’s so smart, and now you’re seeing it as a coach. There was no question in my mind, in Pettine’s mind, that this guy would be a phenomenal coach.”

Under Pettine, the Packers defense finished the 2020 regular season ranked ninth in the NFL in total defense — the first time they’d finished in the top 10 since 2010, the last time they made the Super Bowl — and tied for 13th in scoring defense. But LaFleur publicly criticized Pettine’s decision to play man-to-man coverage on the final play of the first half against the Buccaneers, resulting in cornerback Kevin King being beaten for a 39-yard touchdown pass from Tom Brady to Scotty Miller with 1 second left. That score put the Packers in a 21-10 halftime hole.

“Definitely not the right call for the situation, and you can’t do stuff like that against a good football team and expect to win,” LaFleur said immediately after the game. “You just can’t do that stuff. I blame us as coaches for putting our guys in that situation. That’s inexcusable. That should not have happened. So, we’ve got to take a look at it, do some self-reflection and try to figure out ways on how that can’t happen again.”

Pettine said last week he was pleased with how the defense had come together during the second half of the season but emphasized as he often did that the unit was only as good as its last game. He credited the collaborative approach his coaches and players took for that improvement.

“It really did click in for us later in the year, where they had a really good sense of what we’re doing, their role, understanding the why in their role, and guys really taking ownership and knowing the graduate-level details of what we’re doing,” Pettine said. “That makes it easy for us to adjust in-game, because you can talk about, ‘Listen, this here, or this here that we’ve done before,’ and go ahead and make changes on the fly.

“A lot of times, we’ll get feedback from players as well, because we encourage it. ‘Listen, it’s not my defense, it’s not the staff’s defense, it’s all of ours.’ We have a shared ownership. It’s taken some time, but I think that’s one of the reasons we’ve played better this last stretch of the year, having a good understanding of that.”

'I'm sorry,' Aaron Jones said after tough NFC title game loss that might have been his final game with Packers

Whether free agent running back Aaron Jones will play for Green Bay again remains to be seen — and is up, in part, to him and his new agent, Drew Rosenhaus.

In their end-of-season news conferences, Packers general manager Brian Gutekunst and coach Matt LaFleur had a clear message for Aaron Rodgers: You’re our guy. In 2021, in 2022 and probably longer.

Matt LaFleur has ‘clear vision’ for Packers' next defensive coordinator

Head coach Matt Lafleur said Monday he wants the Packers defense to be more aggressive than it was at times under Mike Pettine.

For Jim Leonhard, would allure of Packers, NFL be enough to make him leave the ‘dream job’ he loves?

An NFL source confirmed Packers coach Matt LaFleur was set to talk with Badgers defensive coordinator Jim Leonhard about the Packers’ vacant position, though it was unclear when that conversation was going to take place and just how intensely Leonhard was pursuing the opportunity.

“It was me choosing UW,” Jim Leonhard told the State Journal Saturday morning. “I want to stay at UW. I want to be at this level right now. Extremely flattered. Awesome opportunity. But it was not the right time for me to go back to the NFL.”

Aaron Rodgers doesn’t think there’s ‘any reason why I wouldn’t be back’ with Packers, but admits, ‘there’s no absolutes in this business’

Aaron Rodgers has a gift: the ability to answer a question truthfully, and in a way that placates those who are able to hear what they want to hear in his response — while still not clearly answering the question at hand.

Corey Linsley grapples with finality of playoff loss, uncertain future as Packers clean out their lockers

“I feel like I put out some good film and did the best that I could this year," Packers center Corey Linsley said. "Hopefully if the Packers don’t re-sign me, hopefully another team will."

The Packers’ gut-wrenching 31-26 loss to the Buccaneers at Lambeau Field had been over for less than an hour Sunday, and Aaron Rodgers was searching for words in the face of another NFC Championship Game disappointment. 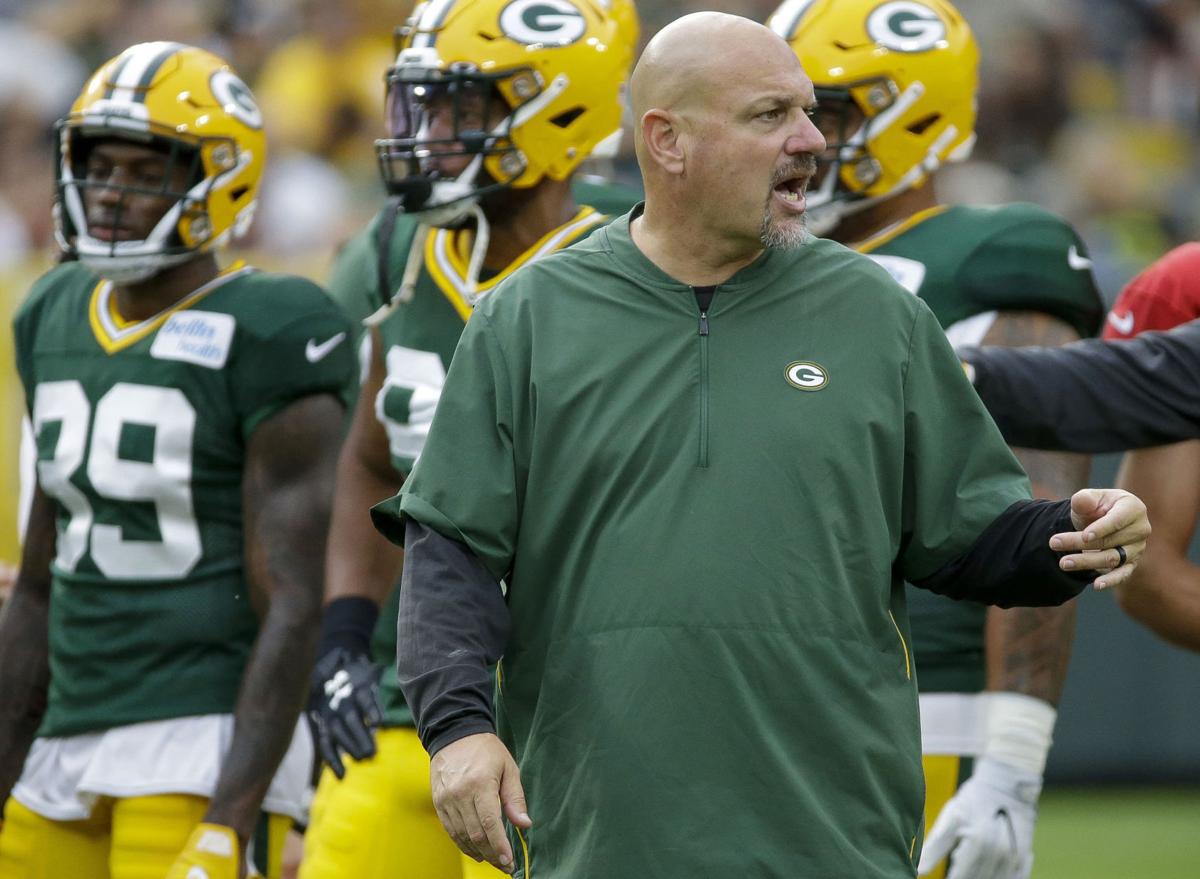 Green Bay Packers' defensive coordinator Mike Pettine's unit was better last season than it had been in 2018 but still wasn’t among the NFL’s elite defenses. 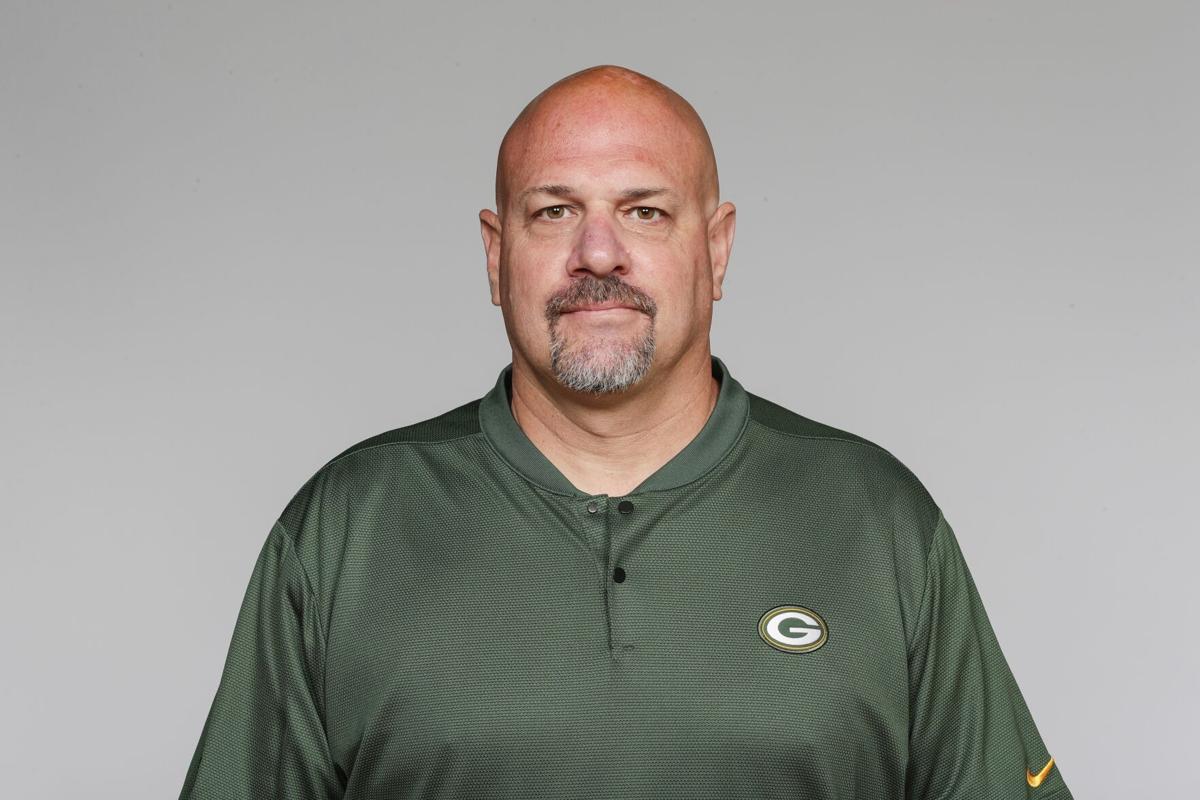