Fall sports teams at the University of Wisconsin are awaiting a new schedule after the Big Ten announced Thursday that teams would play only in-conference opponents this fall if seasons are held.

While the decision to cancel all non-conference contests due to the COVID-19 pandemic adjusts a number of regular-season schedules, a UW official didn’t close the door on Badgers teams being able to compete in the postseason against non-Big Ten programs if those chances are presented.

Justin Doherty, UW’s associate athletic director for external communications, wrote in an email that those decisions will be made later, but will depend on where the fight against the pandemic stands.

“It would be more a matter of what the circumstances at that time are dictating. As everyone has been doing all along, decisions would have to be made based on the best possible information at a given point in time,” Doherty wrote.

Big Ten commissioner Kevin Warren said Thursday that canceling non-conference games creates, “an environment to give us the best chance to play,” but said that a cancellation of fall sports is possible.

UW’s football team had three non-conference games canceled due to the the Big Ten’s decision — a Sept. 12 contest against Southern Illinois, a Sept. 19 date with Appalachian State, and a highly anticipated matchup against Notre Dame on Oct. 3 at Lambeau Field in Green Bay.

Warren said that a new football slate would be worked out in a week or so, and a number of media reports suggest there is strong support from within the conference for a 10-game schedule. How the conference-only football season determines representatives for the Big Ten Championship Game — or if that game is held this season — has yet to be announced.

The Badgers have played in six conference championship games since 2011 and have earned bids to bowl games each season since 2001, including this year’s Rose Bowl.

A postseason berth being possible keeps alive the UW volleyball program’s chance to continue its seven-year streak of qualifying for the NCAA tournament. The Badgers were the national runner-up last season after winning the Big Ten and defeating top-ranked Baylor in a national semifinal.

Led by senior middle hitter Dana Rettke — UW’s and the Big Ten’s female athlete of the year in 2019-20 — the Badgers are expected to be national championship contenders once again.

An all-conference schedule in the regular season will pit UW against some of the nation’s best teams even more frequently this year. Five Big Ten teams, including the Badgers, were ranked in the top 13 in the final AVCA Coaches Poll.

An early look at the 2020 Wisconsin Badgers offense

After bouncing back from a down year with a 10-4 campaign and a Rose Bowl appearance, the University of Wisconsin football team finds itself i…

College football still has a number of questions to answer and issues to address before next season begins in the wake of the COVID-19 pandemic.

Replacing talented players is one thing, but the University of Wisconsin football team’s defense has to replace leadership and elite productio…

Get to know the Wisconsin Badgers' 2020 basketball scholarship recruits 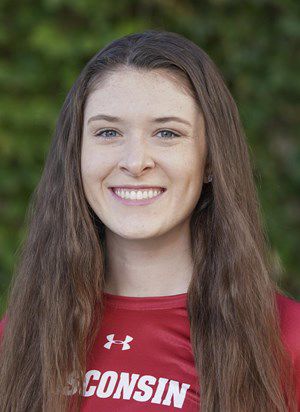