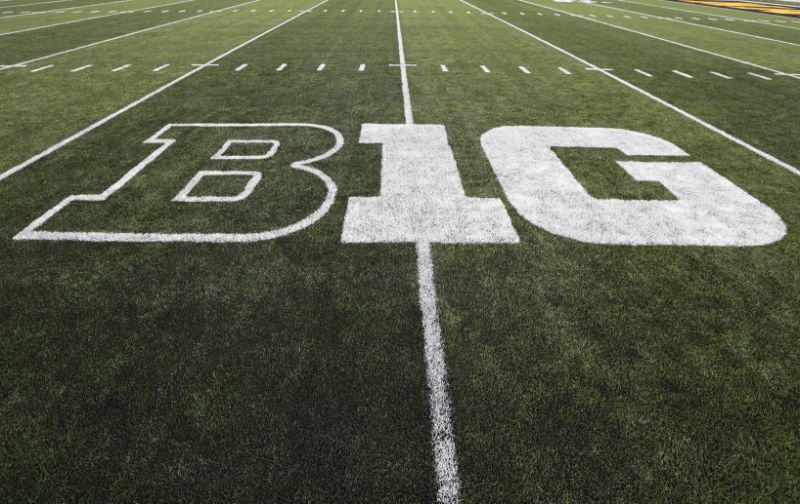 After deliberating this weekend, the Big Ten became the first Power 5 conference to cancel the football season. It will be the first fall without football since 1896 in the conference, and the first since 1889 for the University of Wisconsin. 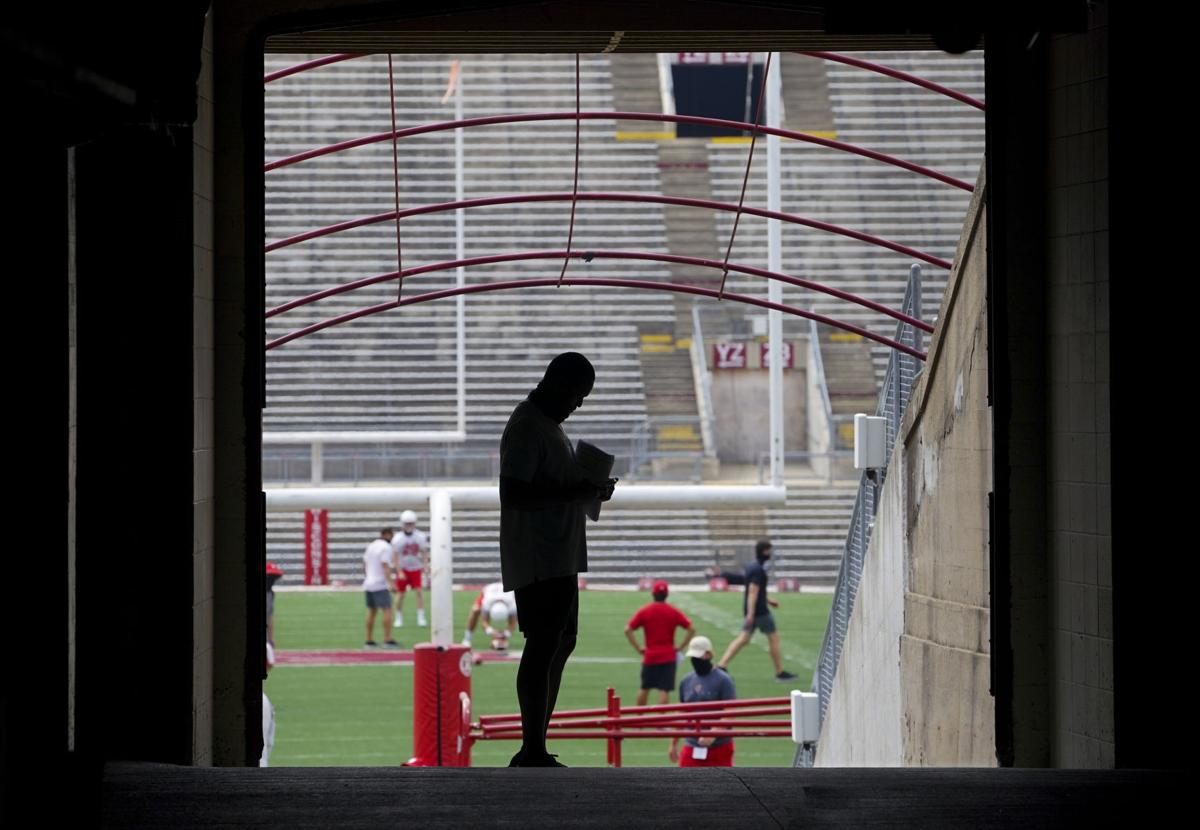 Members of the Badgers football team practice Monday morning at Camp Randall Stadium. This could become the first fall without football since 1896 for the Big Ten Conference, and the first since 1889 for UW. 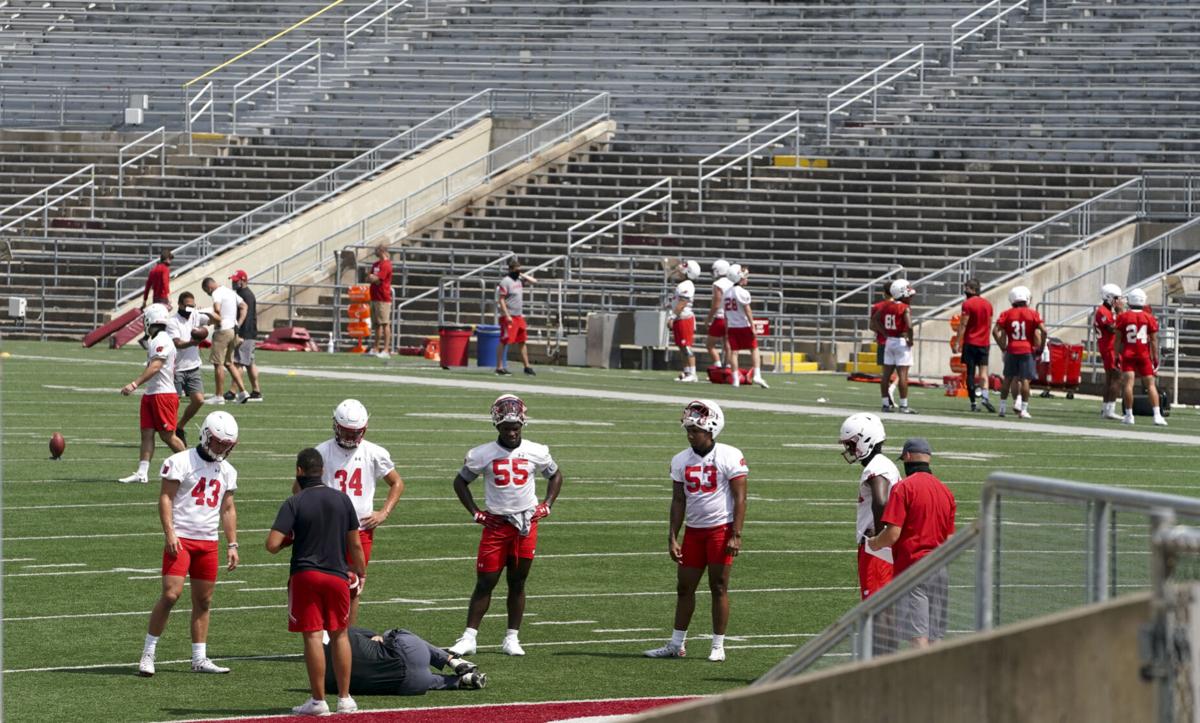 The Badgers opened training camp Monday at Camp Randall Stadium. The Big Ten decided Saturday that teams could practice with helmets only until more information was gathered. 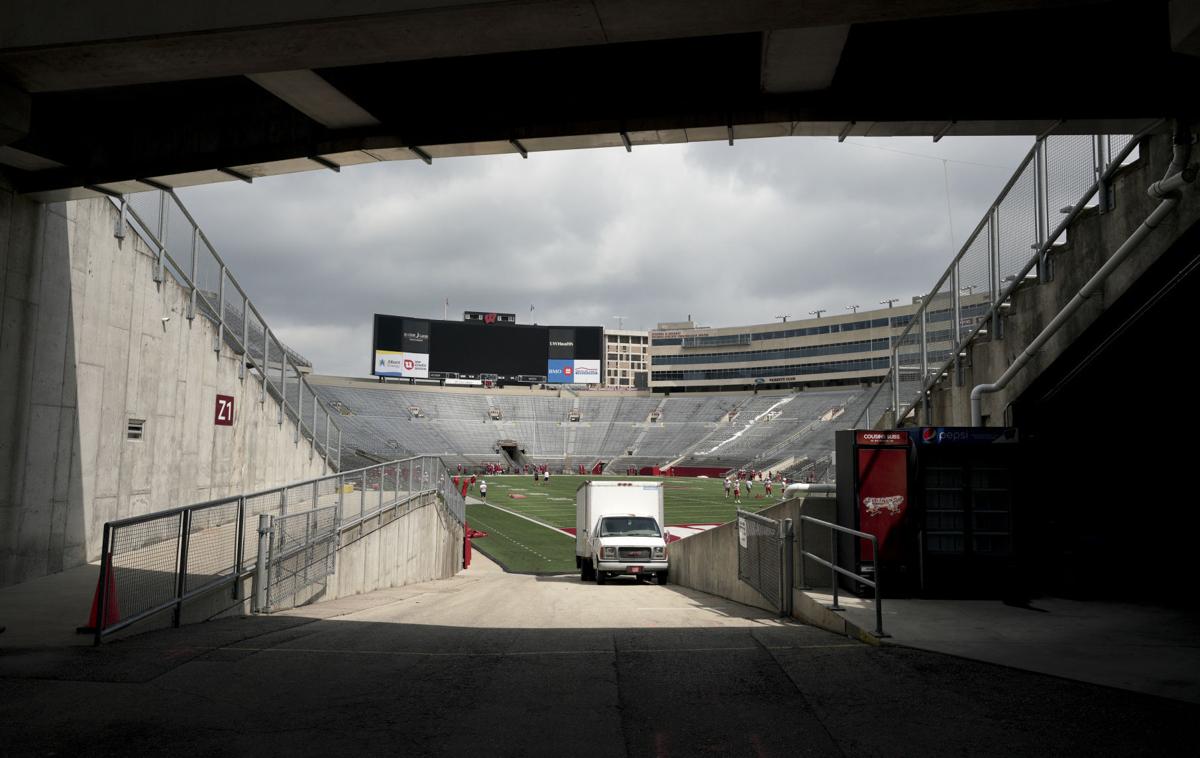 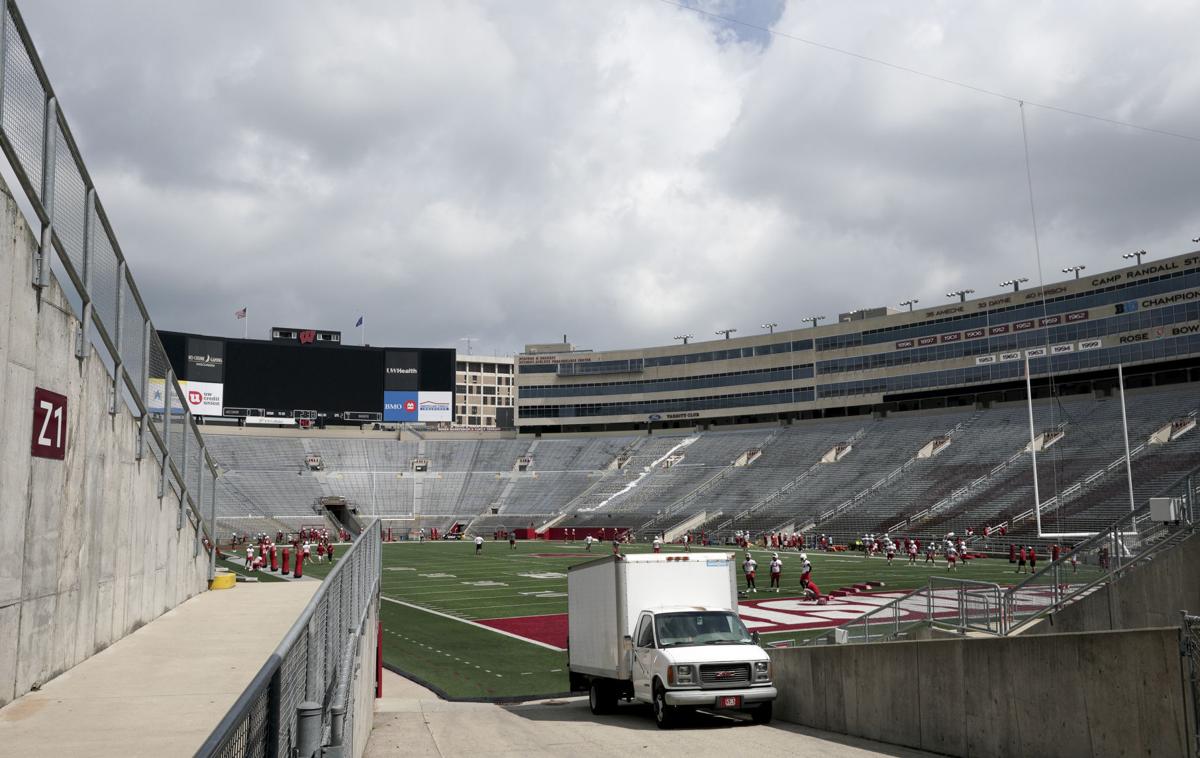 In the past 72 hours, conference presidents and athletic directors have grappled with the decision to delay, postpone or cancel the season, while coaches and players have pleaded for the chance to play.

Sources told the Detroit Free Press and Milwaukee Journal Sentinel that the Big Ten voted to cancel the football season due to concerns about the COVID-19 pandemic, and that decision was expected to be announced Tuesday. Big Ten athletic directors met Monday night to discuss a final decision on the football season, and were expected to continue talks again Tuesday morning.

If the season is canceled, it’ll be the first fall without football since 1896 in the conference, and the first since 1889 for the University of Wisconsin.

National radio host Dan Patrick said on his show Monday that Big Ten presidents voted 12-2 to cancel the season, with Nebraska and Iowa voting to play. A Big Ten spokesman told multiple reporters that no vote had been taken.

The Big Ten released its conference-only schedule for football last week, but did so while saying it was questionable if the season could be played. Big Ten Commissioner Kevin Warren reportedly prefers a spring football season, but no decision has been made yet on whether the season will occur next semester.

It is expected the Pac-12 will join the Big Ten in canceling its season Tuesday.

Big Ten presidents during a meeting Saturday decided teams couldn’t conduct fully padded practices, and they met again Sunday to discuss the future of football and fall sports as a whole.

A UW official confirmed the Badgers were on the field Monday, the day they were scheduled to start training camp, but no press conferences were held. Iowa’s team didn’t practice as scheduled; Purdue practiced, but canceled media availability for coaches and players.

Badgers wide receiver Adam Krumholz, who was unaware of the unofficial reports on the canceled season, said practice was normal on Monday and no announcement was made about the season.

“There’s so many questions we have — what to do in our off time (if it’s canceled), if the season will be played in the spring,” he said in an interview. “We know it’s not in our hands. We’ll just move forward from it.”

College football players across the country, led by the likes of Clemson quarterback Trevor Lawrence, have been vocal in their desire to play despite the risk. “#WeWantToPlay” was the No. 1 U.S. trending topic on Twitter Sunday night, and a handful of Badgers players shared messages with the hashtag.

Nebraska coach Scott Frost said at a press conference Monday afternoon that his team and university is “committed to playing” this fall, and is prepared to look for other options if the Big Ten cancels football. He said he wasn’t sure if the Big Ten would allow the Cornhuskers to play outside the conference, but they’d exhaust their options.

Despite the conference’s efforts to combat the pandemic, COVID-19 has taken its toll on the Big Ten.

Rutgers is currently dealing with an outbreak that has resulted in 28 players and multiple staffers testing positive, and Iowa reported Monday it had 15 positive cases in its athletics program. Michigan State had to quarantine its entire team last month due to an outbreak. Six programs have had to pause workouts this summer due to positive COVID-19 tests.

A Facebook post from the mother of Indiana freshman Brady Feeney was spread online recently detailing Feeney’s struggle with the virus, which required him to be hospitalized and has possibly caused a heart condition. COVID-19 can attack heart cells and can cause heart inflammation, which affects cardiac functions, according to Science magazine. An ESPN report Monday stated five Big Ten athletes have had heart inflammation due to COVID-19.

Not knowing the long-term effects of COVID-19 — especially in regard to heart problems — is a key factor in the Big Ten’s decision.

Dr. Chris Kratochvil, a doctor at Nebraska who heads the conference’s task force on emerging infectious diseases, has been at the center of the Big Ten’s decision-making.

“We know eventually sports are going to come back and we want each of the organizations to be optimally ready to come back in a healthy way whenever that is,” he told the State Journal last month.

Canceling football would deal a critical blow to UW finances. Badgers athletic director Barry Alvarez told the State Journal last month that not having a football season will result in a $100 million revenue loss for the department, and it will likely use a reserve fund to cover losses.

“I don’t discuss rumors,” UW-Madison Chancellor Rebecca Blank told a faculty committee Monday when asked about the reports of the football season being canceled.

She said athletics is one of many units on campus facing serious financial losses and the university would have a better budget forecast when students are back on campus and enrollment figures become clear.

While the fate of the Big Ten Conference football season is still to be determined, the league announced the schedule it will play.

After bouncing back from a down year with a 10-4 campaign and a Rose Bowl appearance, the University of Wisconsin football team finds itself i…

College football still has a number of questions to answer and issues to address before next season begins in the wake of the COVID-19 pandemic.

As the college football season approaches, players on the University of Wisconsin team are garnering national recognition as some of the best …

Replacing talented players is one thing, but the University of Wisconsin football team’s defense has to replace leadership and elite productio…

After deliberating this weekend, the Big Ten became the first Power 5 conference to cancel the football season. It will be the first fall without football since 1896 in the conference, and the first since 1889 for the University of Wisconsin.

Members of the Badgers football team practice Monday morning at Camp Randall Stadium. This could become the first fall without football since 1896 for the Big Ten Conference, and the first since 1889 for UW.

The Badgers opened training camp Monday at Camp Randall Stadium. The Big Ten decided Saturday that teams could practice with helmets only until more information was gathered.