The University of Wisconsin plans to name its new athletic director Wednesday, with Chancellor Rebecca Blank revealing her pick to replace the retiring Barry Alvarez.

Three sources indicated that Blank will recommend the UW System Board of Regents approve Chris McIntosh as UW’s next athletic director. The Board of Regents, which must approve all athletics contracts valued over $500,000 annually, will meet at 9 a.m. Wednesday to finalize the hiring process, according to an agenda sent to media members.

A source said UW is planning an event for Wednesday afternoon at the Kohl Center, similar to the one in early April where Alvarez announced he will retire June 30.

Alvarez hasn’t made it a secret that he wanted McIntosh as his successor. McIntosh, a Pewaukee native and former Badgers football player under Alvarez, spent the past four years as UW’s deputy athletic director.

Frazier confirmed Tuesday that he interviewed but wouldn't give any other details.

McIntosh, 44, has been working at his alma mater since December 2014 after jobs in the health and wellness industry. He started as UW’s director of business development, was promoted to Alvarez’s senior staff a little more than a year later and was named the deputy athletic director in July 2017.

When Alvarez on April 6 officially announced his plans to retire, he initially said he was “reluctant to beat the bandwagon” for McIntosh but added that he felt it was his responsibility “to have someone prepared” to succeed him.

“Chris McIntosh was a player here. He loves Wisconsin. He understands it. It means something to him,” Alvarez said at the time. “(He’s) very bright, and he’s been outstanding. I’ve given him a lot of responsibility. He spearheaded many of the things that we did, and managing staff and how we managed everything throughout COVID.”

McIntosh was a four-year starter at left tackle from 1996 to 1999. He was a two-time captain — both seasons ended with the Badgers winning the Big Ten title and Rose Bowl — and earned consensus All-America honors as a senior.

McIntosh was selected 22nd overall in the 2000 NFL draft after starting 50 games for the Badgers. He started 10 games for the Seattle Seahawks as a rookie, but his career was cut short after three seasons due to recurring neck injuries.

McIntosh is only the third UW athletic director in a span of 31-plus years, and he has big shoes to fill.

Pat Richter, who was in charge from 1989 to 2004, helped lift UW out of financial ruin and made the right hires to give the school’s major programs a much-needed boost.

He was followed by Alvarez, the man Richter had landed in 1990 to resurrect the football program. Alvarez’s 119 wins are the most in program history, and he led the Badgers to three Big Ten titles and Rose Bowl victories during his 16 seasons.

Alvarez, who was inducted into the College Football Hall of Fame in 2010, took over for Richter in 2004 and held the dual roles of coach and athletic director for two seasons.

His tenure as UW’s leader included sustained success across a number of programs, including the two biggest money makers in the department: The football program has played in a bowl game in 19 consecutive seasons, while the men’s basketball team has missed only one NCAA tournament since Alvarez moved into the athletic director role.

Sixteen UW teams have produced national titles during Alvarez’s tenure, including six in women’s hockey and five in women’s lightweight rowing, and the Badgers have won more than 70 conference championships since he took over.

The department has flourished financially as well. The athletic department hadn’t operated in a budget deficit with Alvarez as athletic director until the COVID-19 pandemic disrupted the 2019-20 campaign. UW is planning a fiscal year 2022 budget of $129 million and total expenses crossed the $150 million threshold in 2019, putting the Badgers in the top 10 nationally.

The school also released a comprehensive “search prospectus” that included details on what it was looking for in its next athletic director. Under “principal duties” for the position, it said the role required someone who “develops and sustains a departmental culture that values diversity and inclusion, including such areas as recruitment, hiring and programming.”

Blank said Alvarez would provide “advice and commentary” during the search process, but only when asked.

The committee met four times, most recently May 19, to consider candidates. The final decision rested with Blank.

Blank was asked in April if she had concerns that the selection of a candidate publicly supported by Alvarez would be viewed as a rubber-stamped decision.

“As far as I can see, for every other athletic director search that has happened around this university, the process has been the following: The chancellor threw open his or her door and announced the candidate,” Blank said. “I have (put) a serious search committee together with a great chair. I’ve already made calls to a number of people around the Big Ten and elsewhere saying, ‘If you know good people, encourage them to be part of this search.’ We’re doing a national search and we’re going to look for the best candidate.”

Blank made it clear at the time that she understood the importance of finding the right person to replace Alvarez.

“Leadership matters for maintaining the culture and the ethos and the quality of programs we have here,” she said. “And if we get it wrong, we will not maintain that and that would be at a very high cost to our students, to our university, to the state.”

– Colten Bartholomew contributed to this story.

Johnny Davis and Tyler Wahl once again led a gutsy effort late to turn things around against the Gaels. Davis was named tournament MVP.

Discussed in this week's review: The Badgers' offensive line is adding more variety to its scheme, the outside linebackers did their jobs without making a lot of noise and no, Jim Leonhard's defense was not exposed.

Halftime observations: How crossing routes are causing problems for Wisconsin's defense against Nebraska

Braelon Allen is having another big game, but the Badgers football team is locked in a tie with the Huskers. Here's what stood out in the first half.

The Badgers right now do not have a scholarship to offer, so the 6-foot-2 guard from Hartland will join the program as a walk-on.

The Badgers duo combined to score 52.8% of the team’s points while in Vegas. But that doesn’t tell the whole story of how they led UW to the title.

Badgers postgame: Follow live coverage after No. 19 Wisconsin holds off the Nebraska Cornhuskers

The 19th-ranked Badgers picked up their seventh straight win when they defeated the Huskers 35-28 in a Big Ten West battle at Camp Randall.

More than 20,000 Wisconsin football tickets went unscanned last week, and several factors are expected to lead to a smaller crowd this week against Nebraska.

Braelon Allen became just the sixth Badgers freshman to rush for 1,000 yards in a season. And that's after he didn't get a carry in two games this season.

After missing one game with a lower body injury, Davis scored a career-high 21 points and was one rebound away from a double-double in UW's win over Texas A&M in the Maui Invitational. 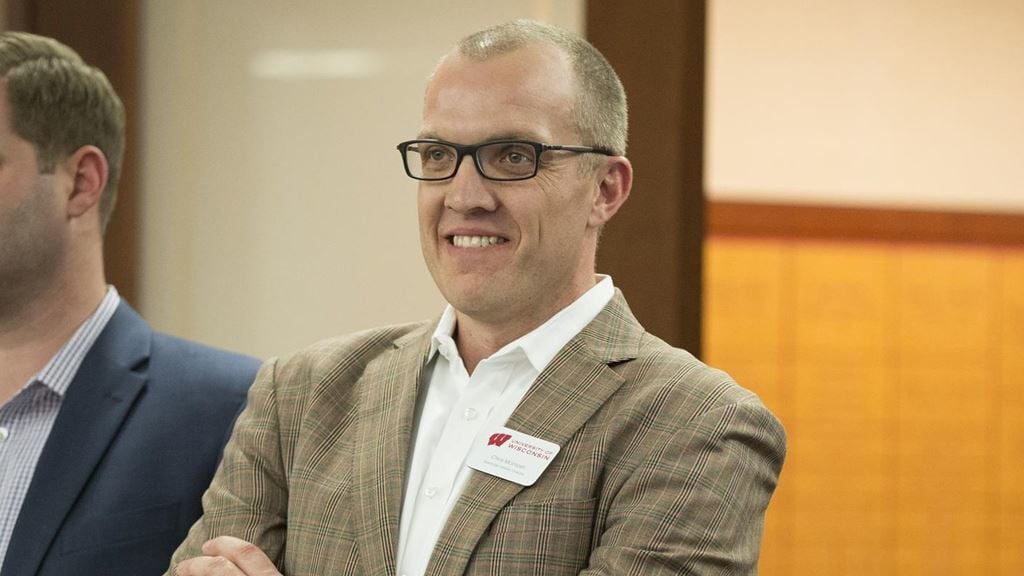 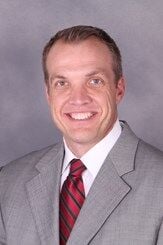