PITTSBURGH — Neither Le'Veon Bell nor Eddie Lacy are on an NFL team at the moment, but eight years after they were drafted, it's clear which running back had the better pro career. The one who went to the Steelers at 48th overall made two All-Pro first teams and two Pro Bowls, while the one chosen by the Packers 13 picks later in the second round was out of the league in five years.

At the time, it was a hot debate around whom the Steelers should've taken to bolster their running game. Lacy was the bruising, bowling ball of a rusher coming off an MVP performance in the national championship for title-winning Alabama. Bell was the tall, pass-catching back who racked up prolific numbers at Michigan State but was widely viewed as a lesser prospect than Lacy.

To their surprise, both were on the board midway through Round 2 — plus Wisconsin's tough-running Montee Ball — and they had a major decision to make. Mike Tomlin later called it an "easy" choice to make Bell the second-highest back drafted that year behind Giovani Bernard, and eventually it emerged that the Steelers — like other teams — were concerned about Lacy's injury history. Still, there was no doubt they'd be compared for years to come, especially since the Steelers had their pick of the litter.

Ball flamed out after 21 games, battling alcoholism and weight gain, but Lacy and Bell were trains on parallel tracks. Lacy got off to a hot start, winning offensive rookie of the year in Green Bay, but never hit 1,000 yards again after his first two seasons. Bell got better with age, leading the NFL in carries while Lacy was struggling to make an impact with his new team, the Seahawks.

Look to the 2021 draft, and the Steelers had another tough call to make on the top running backs. Najee Harris and Travis Etienne always were going to be measured against one another after playing for powerhouse programs Alabama and Clemson, electing to return to school and staying in the same class, then being chosen back-to-back last week by the Steelers and Jaguars.

Of course, this time around, the Steelers went with the Alabama workhorse. The irony is that Harris is much more Bell than Lacy, with his size and receiving ability making him the longtime target in Pittsburgh. But Etienne also had Tomlin and Kevin Colbert at his pro day, so he seemed to think he was in play for the Steelers when they grabbed Harris.

"When that 24th pick was there, I was nervous," Etienne told Jaguars reporters on draft night. "I didn't know where they were going to go with it. ... I was secretly rooting for Jacksonville."

It's easy for Etienne to say that now, given that the Steelers passed on him, the Jaguars snagged him, and he's reunited with Clemson quarterback Trevor Lawrence. Harris appears to be thrilled with his destination, too.

But that won't stop them from being tied together, especially since they were the only two running backs to go in the first round, and draft analysts were nearly split on the Harris-Etienne quandary. Among the heavy hitters, Harris got the nod from ESPN's Mel Kiper, The Athletic's Dane Brugler, Pro Football Focus and NFL Network's Gil Brandt, Bucky Brooks and Maurice Jones-Drew. Etienne was the No. 1 back for ESPN's Todd McShay, NBC's Chris Simms and NFL Network's Daniel Jeremiah and Lance Zierlein.

"I feel like I can do all of that stuff [Bell did], if not better," Harris said the day after he was drafted. "I'm excited to learn more."

Obviously, Harris and Etienne are headed to vastly different situations, one with a future Hall of Fame quarterback and the other with a rookie, albeit the No. 1 pick. They're also different players, with Harris a big-bodied back who rarely fumbles, and Etienne a smaller-but-faster, huge-play threat who had problems with ball security.

But it's easier to compare running backs than most positions. And the Steelers have had other famous either/or draft scenarios, some in which they decidedly nailed it, others where they didn't get the chance to choose.

It was a different Crimson Tide star who fell to them a year later, but at 15th overall, they picked Ryan Shazier from Ohio State instead of Alabama's C.J. Mosley. To make it even more interesting, Mosley went two spots later, to the Ravens. Those two were having similarly successful careers until Shazier's devastating spinal injury ended his time in the NFL. Mosley has been with the Jets since 2019 but has only played in two games.

Two years down the road, it was clear the Steelers needed help at cornerback. Problem is, the 2016 draft was both too good at that position, but also not good enough. Jalen Ramsey, Eli Apple and Vernon Hargreaves all went in the top 11, but only Ramsey has been a reliable starter. None went in the next 12 picks, but then the Bengals were on the clock one slot before the Steelers. They went with Houston cornerback William Jackson III, and the Steelers ended up with Artie Burns, two players whose careers have gone in almost opposite directions since that night.

In 2019, the Steelers also had a decision made for them — the Devin Dilemma. It was no secret they were searching for an inside linebacker, and the only two in the draft worthy of a first-round pick were LSU's Devin White and Michigan's Devin Bush. They likely had no shot of stealing White, who went fifth overall to Tampa Bay, but they traded up to take Bush 10th overall as a solid consolation prize. Through two seasons, White is showing why he was drafted twice as high, elevating his game to another level on the Buccaneers' Super Bowl run — but Bush's body of work so far is incomplete due to his torn ACL last season.

On the bright side, the Steelers seemingly found a stud in the second round a year ago. Ten wide receivers flew off the board in the first 46 selections, so their options were dwindling, but Chase Claypool looks to be a gem. If finding a tall, fast outside receiver was the priority, they also could've gone for Baylor's Denzel Mims. Both Claypool and Mims were projected as fringe first-rounders, but while Claypool was racking up 873 yards receiving and 13 total touchdowns as a rookie, Mims was limited to nine games due to injury and averaged just 39.7 yards per game.

If Harris can break out like Claypool as a rookie, and be as dynamic as Bell in the long term, it's a safe bet that he'll have been the right man for the job based on where the Steelers picked him — and who they picked him ahead of.

Will Phil Mickelson finish in the top 20 at the US Open?

Will Phil Mickelson finish in the top 20 at the US Open?

Will Aaron Rodgers be the starting QB for the Packers week 1?

Will Aaron Rodgers be the starting QB for the Packers week 1?

For Aaron Rodgers, a sarcastic ‘quiet offseason’ continues as Packers’ OTAs wrap up

Meanwhile, the Packers were holding the penultimate OTA practice of their offseason — a voluntary session that Aaron Rodgers was hardly the only player to skip.

Packers' Devin Funchess ready for comeback after long time away

Packers wide receiver Devin Funchess wants to show he still has the skills that made him an effective red-zone threat for the Carolina Panthers earlier in his career.

"We are working to resolve the situation and realize that the less both sides say publicly, the better,” Packers president Mark Murphy wrote in his monthly column for the team website.

Clarence E. Hill Jr.: Dallas Cowboys won the offseason. So why is Mike McCarthy on the hot seat?

Optimism certainly abounds for the 2021 season and Year 2 of the Mike McCarthy era at the Dallas Cowboys world headquarters at The Star in Frisco.

Playbook learning, on-field competing and … napping? How Packers rookies have benefited from a true offseason

There is absolutely no question the group is better off than their counterparts from last year were, when those rookies spent their first NFL offseason entirely in the virtual realm thanks to the COVID-19 pandemic.

A modification of Danielle Hunter's contract gives the Vikings a tidy resolution to a situation with a star player that stands in stark contrast to the scene in Green Bay with Aaron Rodgers.

Here’s why the Green Bay Packers should trade Aaron Rodgers 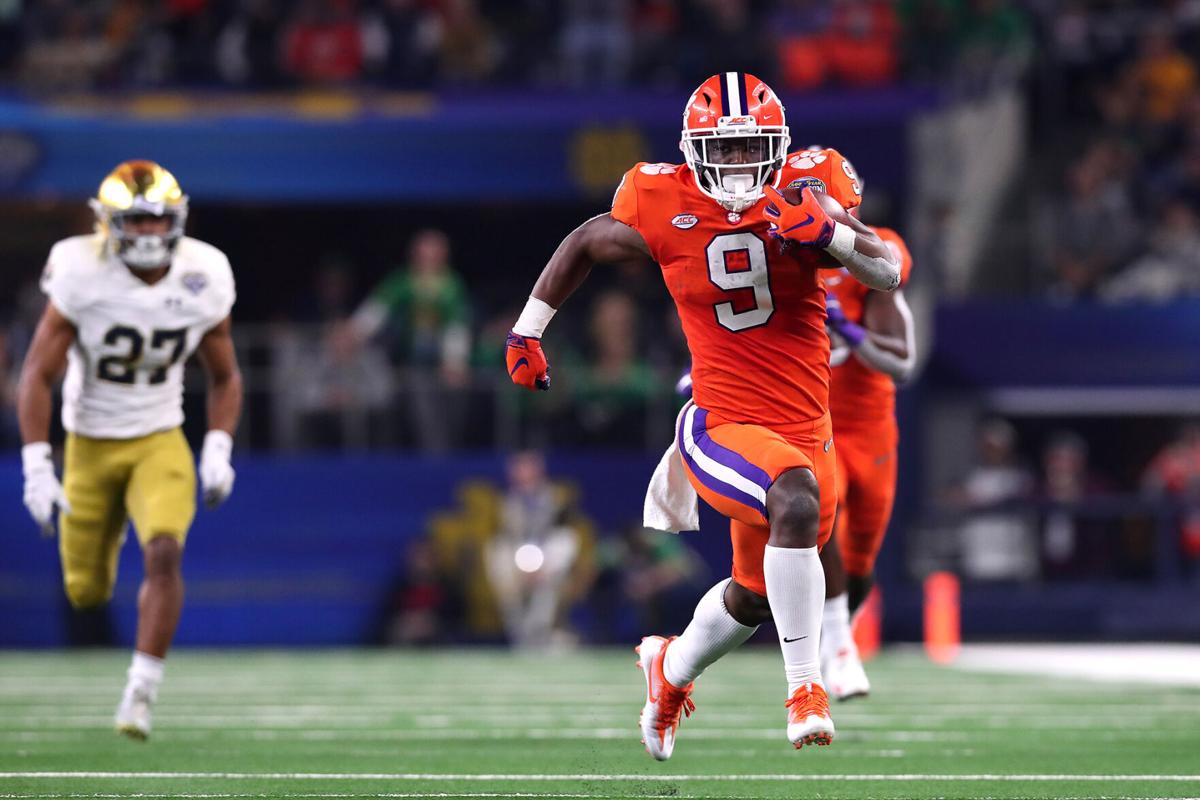 Travis Etienne (9) of the Clemson Tigers runs for a 62-yard touchdown in the third quarter against the Notre Dame Fighting Irish during the College Football Playoff Semifinal Goodyear Cotton Bowl Classic at AT&T Stadium on December 29, 2018 in Arlington, Texas. (Tom Pennington/Getty Images/TNS) 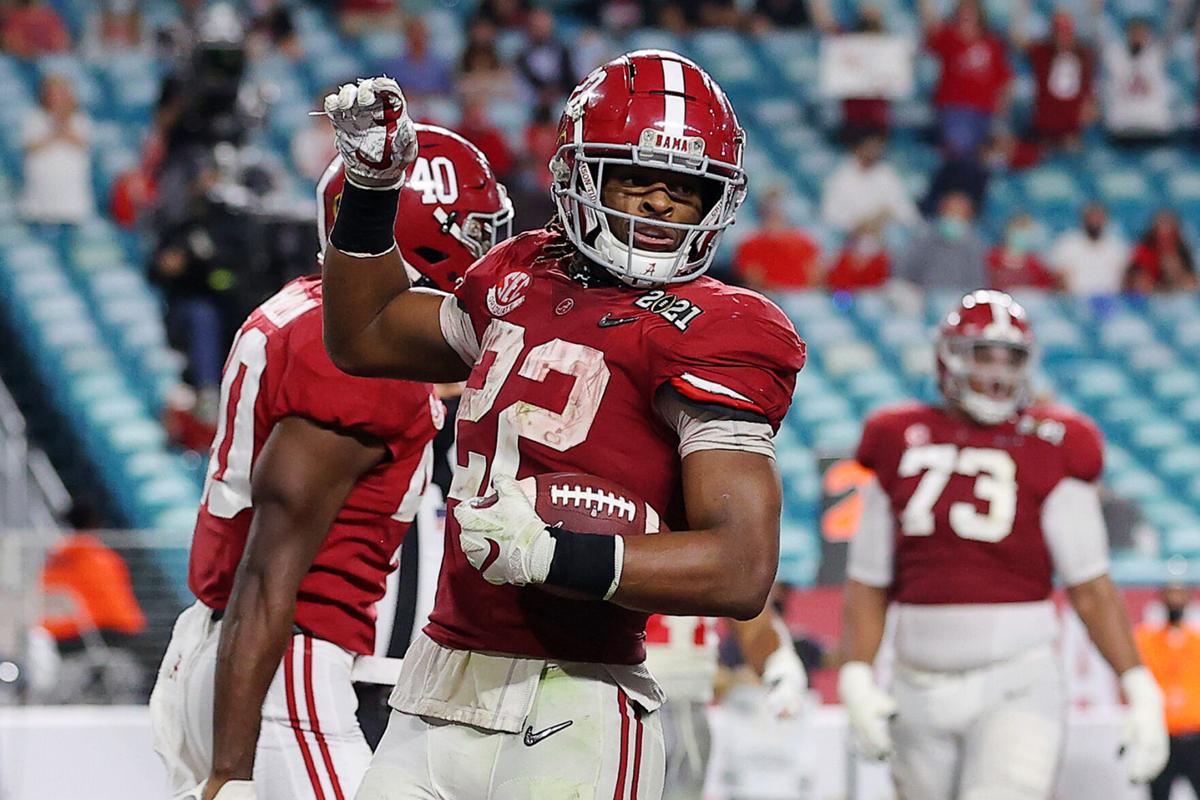