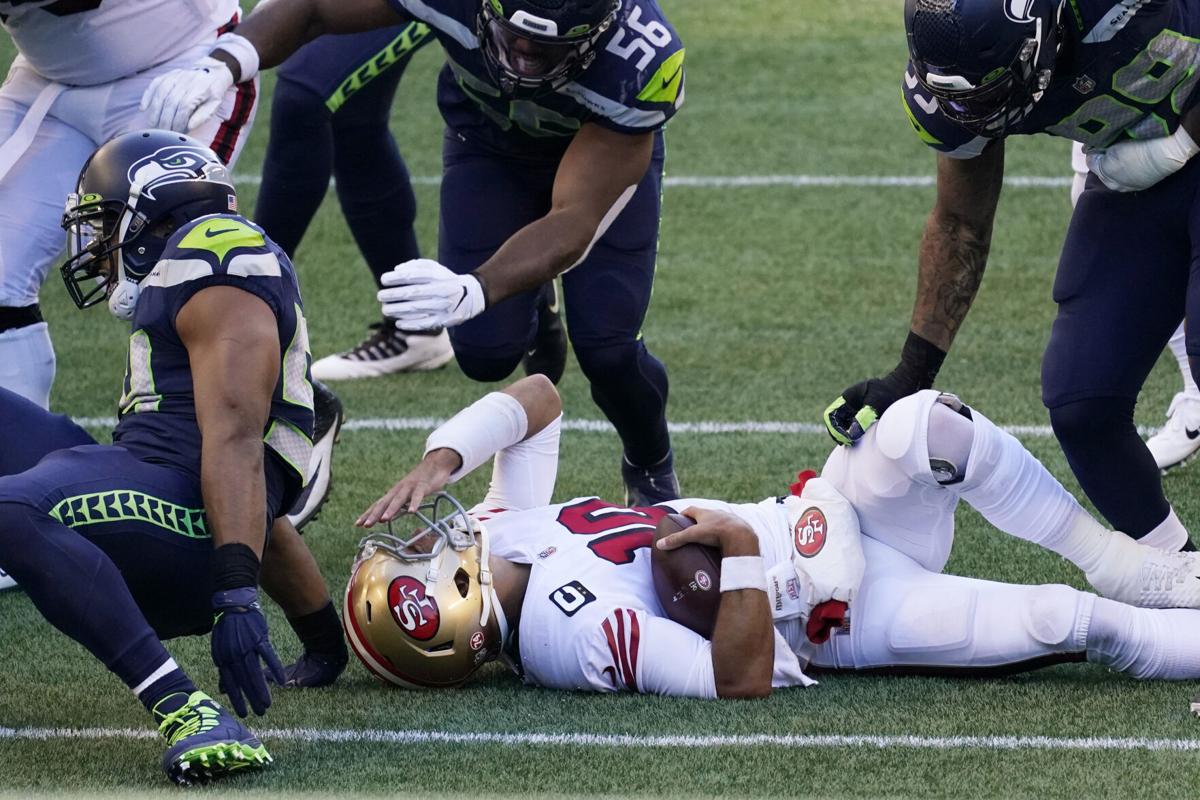 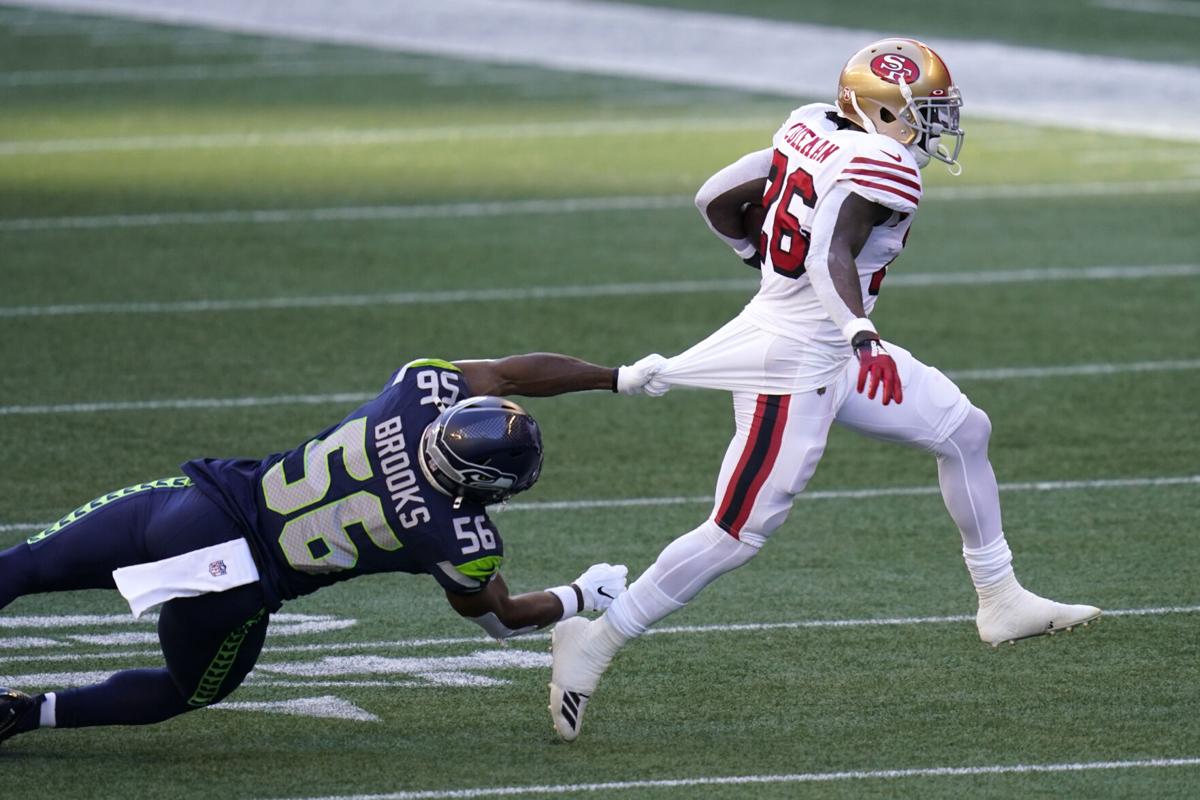 SEATTLE — Getting thumped by a division rival was bad enough for the San Francisco 49ers without seeing more names added to its injury list.

But the 49ers continue to be riddled with injuries, with Jimmy Garoppolo, George Kittle and Tevin Coleman all leaving Sunday’s 37-27 loss to the Seattle Seahawks.

The momentum from two straight impressive wins by the 49ers evaporated during its visit to the Pacific Northwest. Garoppolo appeared to aggravate the ankle injury that caused him to missed two games earlier this season. Kittle limped off with a foot injury in the fourth quarter, and Coleman never returned from halftime after suffering an injury to the same knee that had kept him out since Week 2.

And to top it off, the 49ers only have three days of rest before hosting NFC North-leading Green Bay on Thursday night.

“It still hurts each time. Even though it seems to happen over and over again, guys dropping every game, it still hurts every time,” 49ers fullback Kyle Juszczyk said. “Hopeful that we can have at least some of those guys back for Thursday. But man, I’m so happy that we are playing on a Thursday because after a loss like this, you just want to get the taste out of your mouth. You want to go play football again.

"So happy that we can just turn around and get back on the field in just a few days.”

Garoppolo wasn’t very good before he left in the second half and the performance of backup Nick Mullens will only continue to raise questions about which quarterback is the best option going forward for San Francisco. Garoppolo was 11 of 16 for 84 yards and an ugly interception in the first half. He was sacked three times and pressured countless others as Seattle aggressively went after the 49ers QB.

San Francisco coach Kyle Shanahan said Garoppolo’s injury would be reassessed Monday, but he was displeased with the offense overall.

“I was frustrated with the whole offense. Starting with myself, this wasn’t a very good day for us,” Shanahan said. “I thought the defense came out and played pretty inspired in those first couple of drives and gave us a chance to get up on them and we missed those opportunities.”

Shanahan said after the game that X-rays on Kittle’s foot were negative. Even before he was injured, Kittle was mostly a non-factor and his one highlight — a terrific 25-yard reception from Nick Mullens — led to his injury. Kittle finished with two catches for 39 yards on a day he figured to play a big role in the offense with Deebo Samuel out.

“There’s never a time that we ignore Kittle, but coverages, fronts, all that stuff plays into it,” Shanahan said.

Mullens played just the fourth quarter and was 18 of 25 for 238 yards and two touchdowns. He led three scoring drives, although he came in with the 49ers facing a 30-7 deficit and Seattle’s defense backing off the pressure. Mullens pulled San Francisco within 30-20 on a 16-yard TD pass to Ross Dwelley with 4:16 left, but the 2-point conversion to Jerick McKinnon was ruled short on replay and the 49ers could get no closer.

Mullens could be in line for his third start of the season Thursday against the Packers, depending on the severity of Garoppolo’s injury. Mullens was great in the Week 3 blowout win over the New York Giants, but not good in Week 4 in a loss to Philadelphia.

It’s also unclear if Samuel will be back against the Packers after missing Sunday’s game with a hamstring injury. Also sitting out Sunday were starting linebacker Kwon Alexander, starting safety Jaquiski Tartt and backup wide receiver Richie James.

“We flush it and move forward,” 49ers offensive tackle Trent Williams said. “With a short week, we wouldn’t be able to break down this film even if we wanted to.”

49ers' Jimmy Garoppolo, George Kittle reportedly out 'indefinitely' ahead of showdown with Packers

With the Packers set to visit for a Thursday night showdown, the 49ers' fading playoff hopes took another hit Monday when the extent of the injuries to their quarterback and tight end became clear.

With their backfield options dwindling, the Packers took another hit to their offense, while also losing a member of their defense, just a day after reporting a positive COVID-19 coronavirus test.