With over a century of Green Bay Packers history, fans can be forgiven if they're not familiar with the latest member of the storied franchise to be inducted into the Pro Football Hall of Fame.

While he didn't leave a legacy as large as some of his fellow former Packers, safety Bobby Dillon's production on the gridiron deserves recognition.

Dillon was a superb player on a bad team. He was with the Packers from 1952-59, retiring after Vince Lombardi’s first year as coach in Green Bay. Despite a childhood accident in which he lost an eye, Dillon was an NFL star. He had nine interceptions in a season three times and seven picks twice, despite playing only 12-game seasons. Dillon picked off four passes in one game against Detroit on Thanksgiving Day 1953 and led the NFL in interception return yardage (244) in 1956.

Dillon, who died in August at age 89, is part of the Hall of Fame's 15-person Centennial Class. The 26th member of the Packers to be enshrined in Canton, Ohio, Dillon will be recognized next month at the NFL Honors ceremony.

A third-round pick by Green Bay in 1952, Dillon had lost his left eye when he was 10 years old after two accidents. Despite having a glass eye, the loss of vision on his left side didn't slow Dillon.

Dillon, who was named to All-Pro teams from 1953-58 and was a Pro Bowl selection from 1955-58, finished his eight-year career in Green Bay with 52 interceptions.

Former NFL Commissioner Paul Tagliabue made the Hall of Fame in his fifth attempt.

Tagliabue replaced Pete Rozelle as league commissioner in 1989 and served 17 years, during which there was labor peace, expansion to 32 teams and widespread upgrades in stadiums. The NFL's television revenues under Tagliabue skyrocketed, and he helped establish a pension system for former players.

The issue that seemed to keep him from earlier selection to the hall was how the NFL dealt with concussions and head trauma. But, as with all commissioners, Tagliabue was doing the bidding of his bosses, the team owners. He made some unwise comments about the connection between concussions and football for which he later apologized.

“Deep appreciation to the Hall of Fame and just as much to all the people who worked with me for almost 50 years in the NFL,” Tagliabue said. “Football is the ultimate team sport, we were not playing the game on the field ... the team was people who worked for me at the NFL and the teams and our partners.”

Current Commissioner Roger Goodell noted that Tagliabue is “a guy who made such a difference to the game. I think when you look back at his career, he brought it into the modern era and not only from a business standpoint. He understood how a community and the NFL have to operate together ultimately.”

Young, who also worked under Tagliabue in the league office, was a front-office executive for the Colts and Dolphins before joining — and turning around — a moribund Giants franchise. New York won two Super Bowls under his guidance.

“George is certainly very deserving of being in the Hall of Fame,” Giants co-owner John Mara said. “My only regret is that he's not around to enjoy this. He took our organization from being in last place and not having a lot of respect around the league, to being a Super Bowl champion. He made every football department in our organization more professional. He changed the reputation and level of respect that our team had for the better."

Harris was one of the hardest-hitting defensive backs in the NFL, a major part of the Dallas defenses of the 1970s who made three All-Pro teams and six Pro Bowls. He played in seven conference title games and five Super Bowls, winning two.

Speedie was part of the unstoppable Cleveland Browns offense in the AAFC and then in the NFL. As one of two primary targets for quarterback Otto Graham, along with Dante Lavelli — both already are in the hall — Speedie averaged 16.1 yards on 349 receptions and scored 32 touchdowns. Twice he gamed more than 1,000 yards receiving.

Another member of the Steel Curtain, safety Donnie Shell, made it as did defensive tackle Alex Karras. Shell is the 10th man from the Pittsburgh dynasty of the 1970s to be elected, and the fifth from the defense that dominated the NFL.

Over the weekend, the election of coaches Bill Cowher and Jimmy Johnson as part of the special class celebrating the NFL's 100th season was revealed. Four more 2020 members are upcoming.

Shell had to be special to keep up with the likes of Joe Greene, Mel Blount, Jack Ham and Jack Lambert on the Steel Curtain. A punishing hitter with terrific ball skills, Shell played 14 seasons, had 51 interceptions, made three All-Pro teams and five Pro Bowls. He also won four Super Bowls.

“Don't give up on your dreams and aspirations,” said Shell, who was an undrafted rookie in 1974 when he made the Steelers — and won a championship. “Some people have to work harder to make those gifts come out and I was one of those people.”

Karras, who became well known off the field as an actor and also was suspended for one year by commissioner Rozelle for gambling, was an unmovable defensive tackle for the Lions. A three-time All-Pro in 12 seasons, Karras unofficially had 97 1/2 sacks — it was not an NFL statistic in the 1950s and ‘60s — and was considered by Lombardi the one Detroit player who could single-handedly disrupt the Packers.

Slater played 10 seasons in the early NFL, from 1922-31, mostly for the Chicago Cardinals, making four all-NFL squads at tackle when players went two ways. He was the longest-tenured African-American player during that era and was the main blocker for Ernie Nevers when Nevers scored 40 points in one game.

Sprinkle was called “the greatest pass rusher” that George Halas ever saw. In his 12 pro seasons as a linebacker, defensive end and end on offense — yes, another two-way star who once was dubbed “the meanest man in football’’ — he made four Pro Bowls and the 1940s All-Decade Team.

Sabol, whose father, Ed, was enshrined in 2011, was the creative force at NFL Films, which has become an institution in the football world. NFL Films won more than 100 Emmy Awards under his stewardship, telling stories about players and teams in ways previously untried in sports. Steve and Ed Sabol are the third father/son combination in the hall, joining Tim and Wellington Mara, owners of the New York Giants, and Art and Dan Rooney, owners of the Pittsburgh Steelers.

At 6-foot-8, 225 pounds, Carmichael was something new to pro football. He used his height, long arms and strong hands to dominate smaller defenders — which meant just about everyone — from 1971-84. He made 590 catches for 8,985 yards, a 15.2 average, and had 79 TD receptions in a mostly run-oriented league.

Hill was the powerhouse blocker for the New York Jets who stunned Baltimore in the third Super Bowl, considered the biggest upset in league history. Behind Hill, who played 15 seasons, the Jets used their running game to keep the Colts off-balance. Joe Namath has called Hill “one of the biggest reasons we won that game.”

Covert spent eight seasons in Chicago and was the top offensive lineman on the great 1985 Bears team that won the championship. Against pass rushers already in the Canton, Ohio, shrine such as Lee Roy Selmon and Lawrence Taylor, Covert allowed a mere 4 1/2 sacks. He was voted a Bears captain in his second season.

Tom Oates: 20 moments that shaped sports in Wisconsin in 2019

It was a very good year to be a sports fan in Wisconsin. 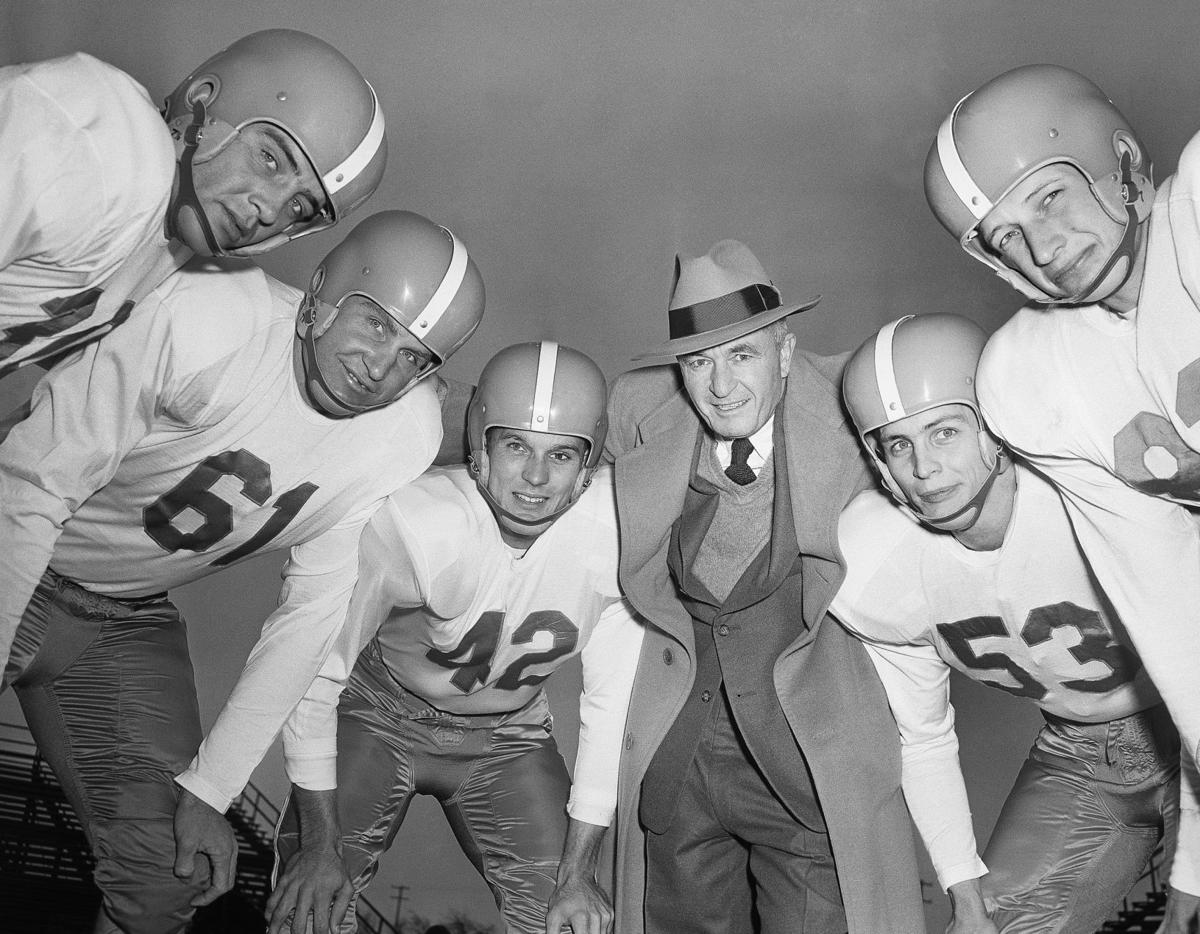 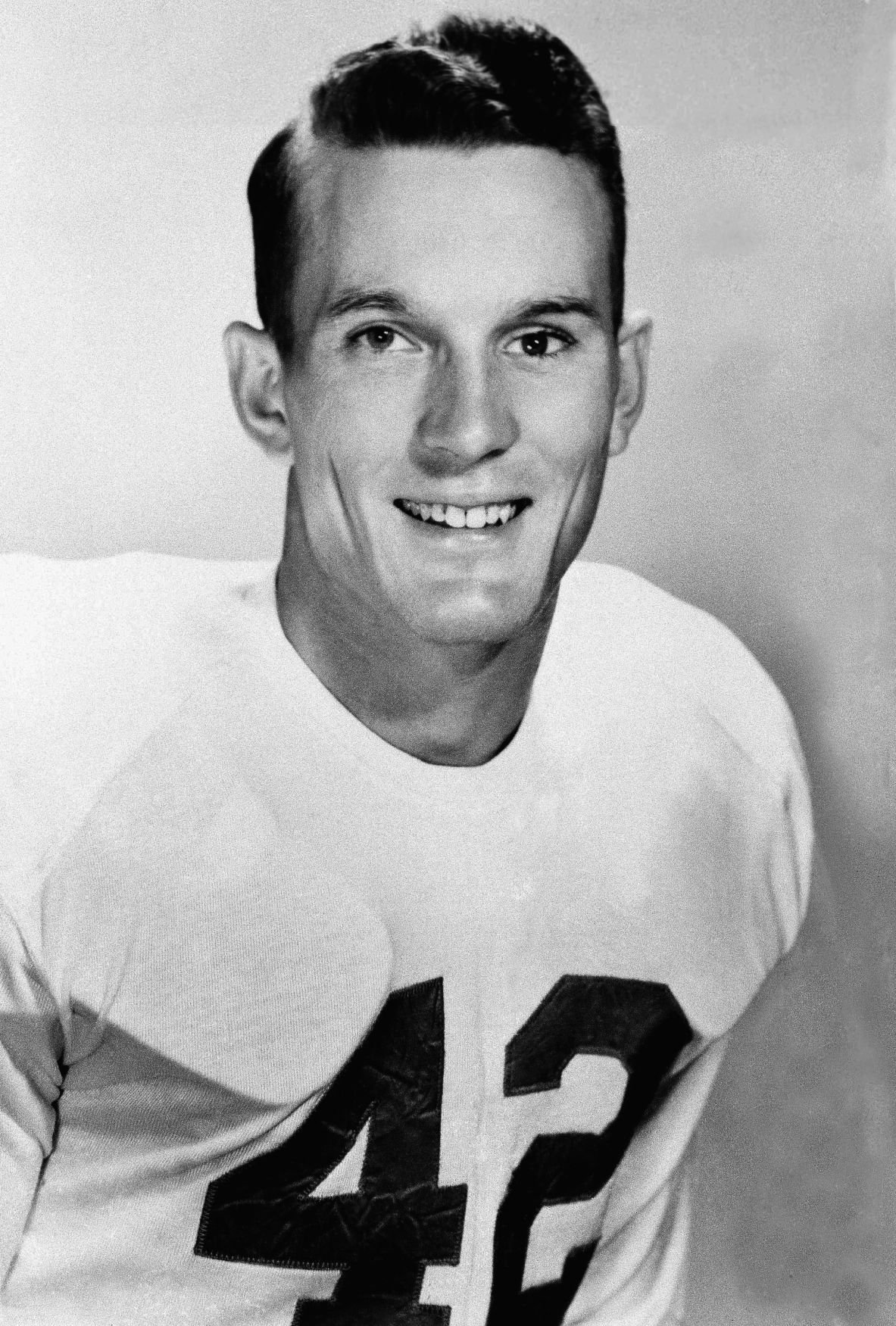 Bobby Dillon, part of the 1951 All-American defensive team, played for the Green Bay Packers from 1952-59. Dillon has been elected to the Pro Football Hall of Fame as a part of the Centennial Class of 2020.