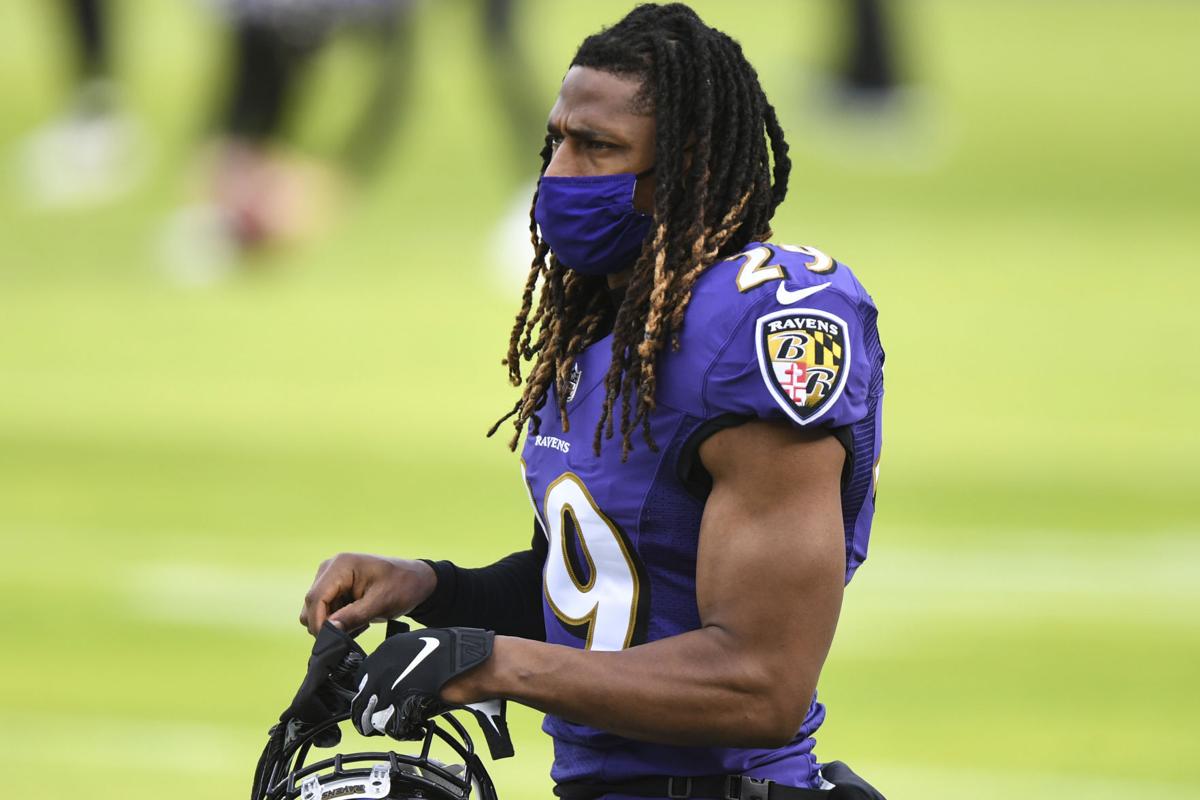 Tramon Williams played in seven regular-season games and one playoff game with the Ravens before joining the Packers. 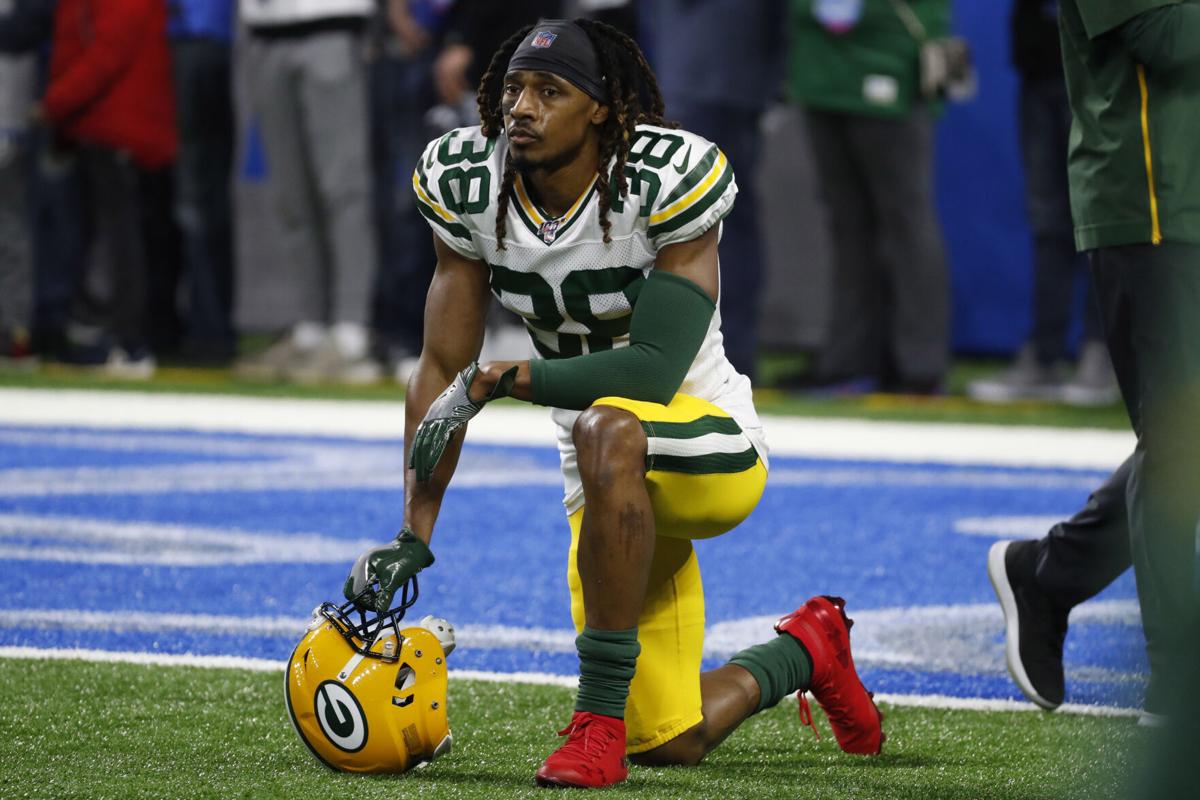 Tramon Williams had 41 tackles, one tackle for a loss, two interceptions, a forced fumble, two fumble recoveries and 11 pass breakups while playing 73.2 percent of the Packers' defensive snaps in 2019.

GREEN BAY — Aaron Rodgers is so excited about having one of his all-time favorite teammates — and fellow thirtysomething — back on the Green Bay Packers’ roster he’s hoping veteran cornerback Tramon Williams plays a lot in Sunday’s NFC Championship Game against the Tampa Bay Buccaneers.

And with starting cornerback Kevin King having been added to the injury report as questionable after missing Friday’s practice with what coach Matt LaFleur called “a little back issue,” the Packers’ 37-year-old quarterback might just get his wish.

“It’s special,” Rodgers replied Friday when asked what it means to have Williams back on the squad. “He’s one of those teammates you just love playing with over the years. He’s such a professional. The way he takes care of himself, he looks amazing. He looks like he could go out and play 70 plays for us. I’m not sure if he’s going to or not. I hope he does, because he’s still so talented.”

Williams played for the Packers from 2007 through 2014, then again in 2018 and 2019 before the team opted not to re-sign him last spring. He spent part of the year out of football, then joined the Baltimore Ravens on Nov. 10, playing 191 snaps in seven regular-season games. He then played 12 snaps in the Ravens’ AFC divisional playoff loss to Buffalo last Saturday before being released, and the Packers moved quickly to add the 37-year-old Williams to bolster their own secondary depth.

Little did they know King, who missed five games earlier this season with a quadriceps injury and also has been dealing with an Achilles’ injury recently, would be unable to practice Friday. The Packers officially listed him as questionable, and LaFleur said the team would “give him through the week and see where he’s at. Hopefully, he’ll be good to go on Sunday.”

King, set to become an unrestricted free agent after the season, has recorded 65 tackles, forced one fumble and broken up five passes this season (including playoffs). He also returned a fumble 48 yards against Carolina on Dec. 19 but has not registered an interception after leading the team with five last year.

While King was sidelined at midseason, 2018 second-round pick Josh Jackson started in his place, with Chandon Sullivan staying inside as the nickelback in the slot. Jackson has been a healthy scratch in three of the past four games, including last week’s NFC divisional playoff win over the Los Angeles Rams.

Asked on Thursday what would be realistic to expect of Williams on Sunday, defensive coordinator Mike Pettine, who also coached Williams with the Cleveland Browns in 2015, replied: “It’s great to have him back. Just such a great calming veteran presence. I just think it’s so good for our guys, especially in the DB room. He proved this year that he can still do it. I think it was a great move to bring him here. (Thursday) was the first day he was in the building, so we don’t have a great feel just yet of kind of where he is and looking at his role. But we’re thrilled that he’s here and it certainly gives us some options.”

Special teams coordinator Shawn Mennenga also could use Williams if he has any lingering concerns about Tavon Austin, who lost a fumble on a punt return in the regular-season finale against the Chicago Bears.

“His leadership and just what he brings to the team as far as his professionalism and things like that are always good,” Mennenga said of Williams. “Obviously, he has ability to punt return in his past and has been successful doing that. That’s always an option for us.”

Williams also brings vast playoff experience. His appearance with the Ravens in the divisional round was his 16th career playoff game. He was a star of the 2010 team’s run to the Super Bowl XLV title, intercepting three passes in the four playoff games, including an end-zone interception that clinched the 21-16 wild card victory at Philadelphia. He had a just-before-halftime interception in the divisional playoff win at Atlanta that he returned 79 yards for a touchdown to break the game open.

“He’s one of those special guys, special personalities,” Rodgers said before launching into a nostalgic story about Williams showing off his athleticism while playing on the Packers’ offseason barnstorming basketball team that played charity games in the winter around the state. “He is by far one of the most athletic guys we’ve ever had here; had some big plays over the years in the playoffs.

“You think about the 2010 run, he ended a game in Philly; (he) basically gave us a huge jolt in the divisional round (against Atlanta) with his pick-6. Still one of my favorite moments in all the moments in that is watching him pick that ball off and run down the sidelines with Nick Collins to put us up 14 going into half. So, it’s fun. I wish we did this every year.“

Williams said during the offseason he was hoping to re-sign with the Packers so he could end his career in Green Bay. But he also wasn’t looking to sign a one-day ceremonial contract after playing productively the last two years in his second stint with the Packers.

Playing in all 16 games (including seven starts) and both playoff games last year, primarily as the slot corner in the nickel defense, he registered 41 tackles, one tackle for a loss, two interceptions, a forced fumble, two fumble recoveries and 11 pass breakups while playing 73.2% of the defensive snaps.

In 2018, when the team dealt former Pro Bowl safety Ha Ha Clinton-Dix at the trade deadline, Williams moved to safety and wound up playing all but two of the 1,061 defensive snaps that season, finishing with 54 tackles but without an interception.

“No doubt about it, I can still play at a high level,” Williams said in July. (He was not among the players who spoke via Zoom video conference during the week.) “I’m a competitor. We got so close to the Super Bowl last year, and as a competitor, regardless of how you feel, whether you want to continue to play or not, as a competitor, I want to win. So that’s the main factor in what I do want to do. I want to be in a situation where I can win. But I definitely feel I can still play at a high level.”

As of Friday, Williams was still on the team’s practice squad, although LaFleur hinted even before King’s back injury flared up that Williams would be promoted to the active roster. That roster move would have to be made, obviously, for him to play against the Buccaneers.

“It’s big time,” veteran safety Adrian Amos, who played with Williams last season, said of Williams’ return. “It’s a boost. To especially the DB room when you’ve got a guy like that back where everybody, that’s just somebody that everybody likes and respects and somebody that’s been in the game so long. A guy that a lot of people look up to, as well.

The Buccaneers ruled out wide receiver Antonio Brown with a knee injury and listed safety Antoine Winfield Jr. as questionable after he didn’t practice Friday because of an ankle injury. … Tampa Bay activated defensive tackle Vita Vea from injured reserve Friday, and he will see his first action since breaking his ankle in Week 5. “He’s looked real good,” Tampa Bay head coach Bruce Arians said. The 6-foot-4, 347-pound tackle is one of the top run-stoppers in the NFL. … In addition to listing King as questionable, the Packers ruled out defensive lineman Kingsley Keke, who practiced throughout the week but hasn’t played since sustaining a concussion against Tennessee on Dec. 27. … The Buccaneers placed ex-University of Wisconsin linebacker Jack Cichy on injured reserve with a broken arm suffered last week against New Orleans.

Packers quarterback Aaron Rodgers, who again has his team a win away from the Super Bowl, explains how he’s a different man than he was when he led Green Bay to the title after the 2010 season.

‘I hugged him, and I told him I loved him': How Aaron Rodgers said goodbye to Ted Thompson

“He was a really, really humble man, and I definitely appreciated that humility,” Aaron Rodgers said of Ted Thompson, the former Packers GM who died on Wednesday.

Tom Brady’s teams are 10-3 against Mike Pettine-led defenses, including winning the past eight games.

A buzz surrounded and filled Lambeau Field, but the Packers fall to the Tampa Bay Buccaneers in Sunday’s NFC championship game.

Tramon Williams played in seven regular-season games and one playoff game with the Ravens before joining the Packers.

Tramon Williams had 41 tackles, one tackle for a loss, two interceptions, a forced fumble, two fumble recoveries and 11 pass breakups while playing 73.2 percent of the Packers' defensive snaps in 2019. 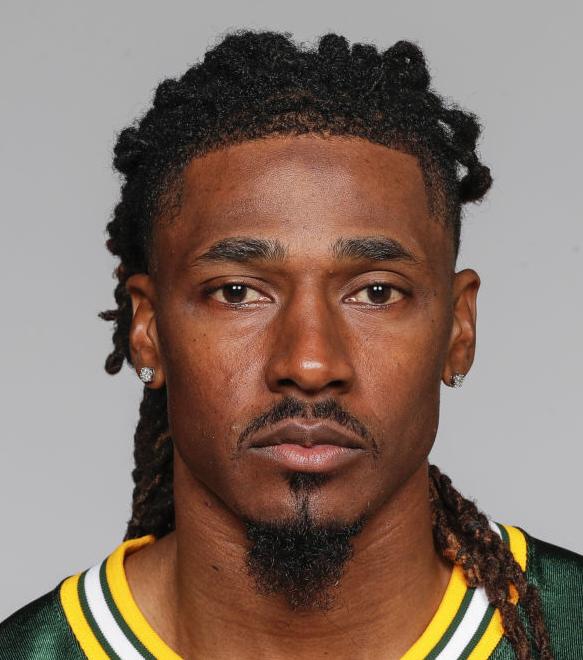