A little more than five years after his Aquinas High School football team had to forfeit a game because it didn’t have enough healthy players, Tom Lee was celebrating a state championship at Camp Randall Stadium.

The ability to both build and navigate a path from one to the other made Lee the choice for The Associated Press as its state coach of the year.

Lee took the Blugolds from that forfeit to West Salem on Sept. 23, 2016 to a 28-26 win over Mayville in the WIAA Division 5 title game last month to complete the turnaround of a program that was in serious trouble.

Lee said a key to that turnaround was the message given to remaining and new players.

“We never practiced like we were small-time or falling apart,” Lee said. “We didn’t think of ourselves like that.

“We were like, ‘Here’s what it’s supposed to look like, and here’s how we’re going to do it. We met, we watched film, we taught the kids how to do things the right way. Our staff bought into it first, and that was important.”

Lee’s best season with the team he once played for resulted in a Coulee Conference championship — it last won a conference title when it tied for the Mississippi Valley Conference crown in 2008 — and 14-0 season. The 1990 Aquinas graduate spent 17 seasons as an assistant coach for the Blugolds before taking over in 2013.

Aquinas posted losing records the first six seasons — it was 3-24 from 2016-2018 — before starting to turn the corner with a 7-4 record in 2019 as it qualified for the playoffs for the first time in seven years.

Small classes and a roster of players that once numbered in the 20s expanded to the 40s and 50s before hitting the 70s this season. Not bad for a school with an enrollment of about 300.

“We had some really good players during those (tough) years,” Lee said. “We just didn’t have enough of them.”

The Blugolds had plenty of them this season, and they were led primarily by quarterback Jackson Flottmeyer, wide receiver Quinn Miskowski and linebacker Calvin Hargrove. The Blugolds put together an offense that scored nearly 50 points per game and a defense that held half of its opponents to less than 10 points.

Putting together the entire package allowed Lee and his staff to show the players who stuck with them that the hard work can pay off.

“I can’t believe it; there’s no way,” Lee said on the field after the championship win over the Cardinals. “I’m so happy for those boys.”

PLAYER OF THE YEAR: When you look at Myles Burkett’s body of work this past season, you have one of the best seasons ever for a Wisconsin high school quarterback.

The 6-foot-2, 200-pound senior from Franklin completed 206 of 289 passes (71.3%) for 3,427 yards, 36 touchdowns and four interceptions. For his play, Burkett, a University of Wisconsin recruit, was named The Associated Press state player of the year Thursday.

Burkett’s yardage total is tied for the eighth-best in state history, according to records kept by the Wisconsin Football Coaches Association. His touchdowns are the 19th-best for a season. There are no single-season records kept for completion percentage, but Burkett’s completion rate was higher than any of the signal callers who rank ahead of him on the single-season yardage list.

And the University of Wisconsin recruit is the only one of the bunch who can boast of winning a state championship during his prolific season.

“He’s very talented, but if we were to have a most improved player, he’d be one of the kids I’d mention, believe it or not just because he’s improved tremendously as a leader,” Franklin coach Louis Brown said.

“When he made the commitment to Wisconsin that told me a lot about him because a lot of kids might get that offer and then wait and see what else I get. The fact that he committed right away said a lot about the type of kid he is. He just kind of embraced this whole program.”

Burkett added another layer to his legacy with the AP player of the year award. The honor, which won voted on by a panel of prep sports writers from around the state, came on the heels of the Large School offensive player of the year award he received from the Wisconsin Football Coaches Association last month and, of course, an undefeated season capped by the school’s first state championship since 2006.

Though Burkett is proud of his accomplishment on the field, he gains more satisfaction from how the team helped unify the community.

“This pandemic has been a struggle for all of us, but for our team to be that source of light and create a buzz around our city, I think that all of us will be true legends,” Burkett wrote in a text message.

“We said at the beginning of the year, what legacy would we leave at our school and this state, and I watched this team come out every day and stamp our legacy into the history books.”

Eli King has played enough basketball to know how, when and where to help his Caledonia High School boys basketball team.

The West Salem boys and Bangor girls basketball teams both checked at No. 2 positions in the first installment of state rankings released by T… 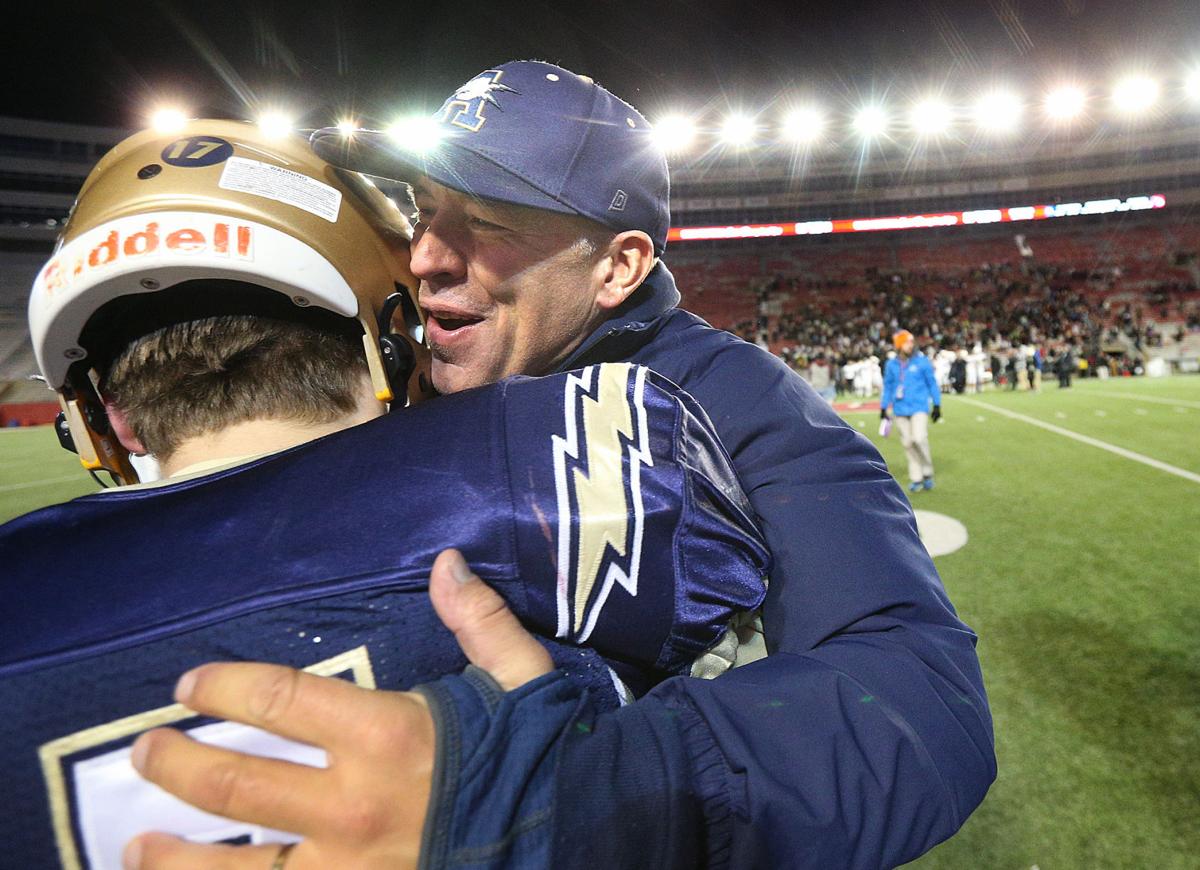 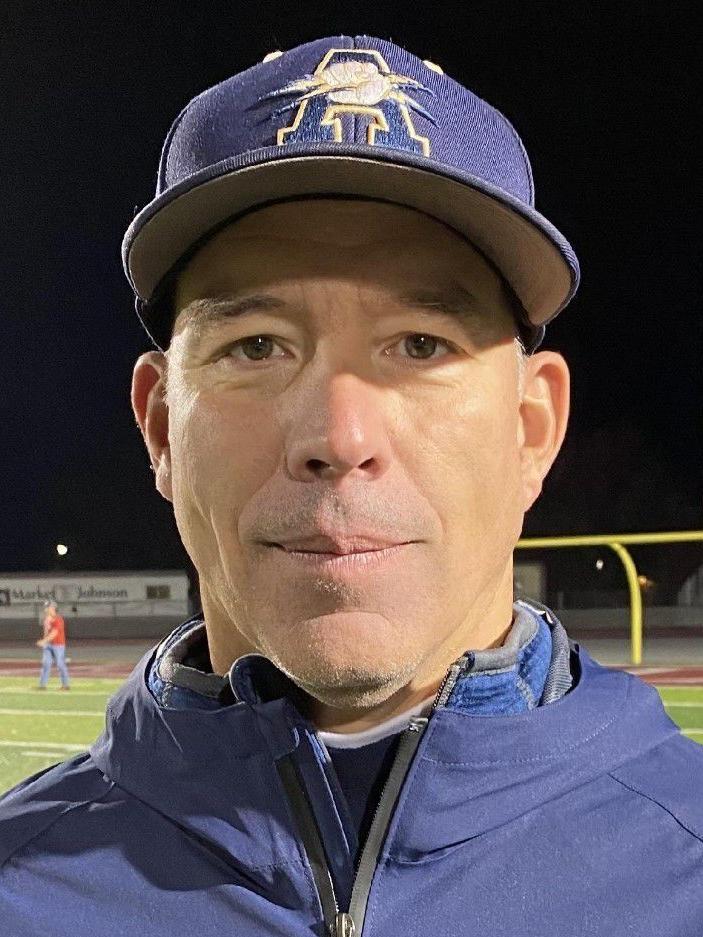 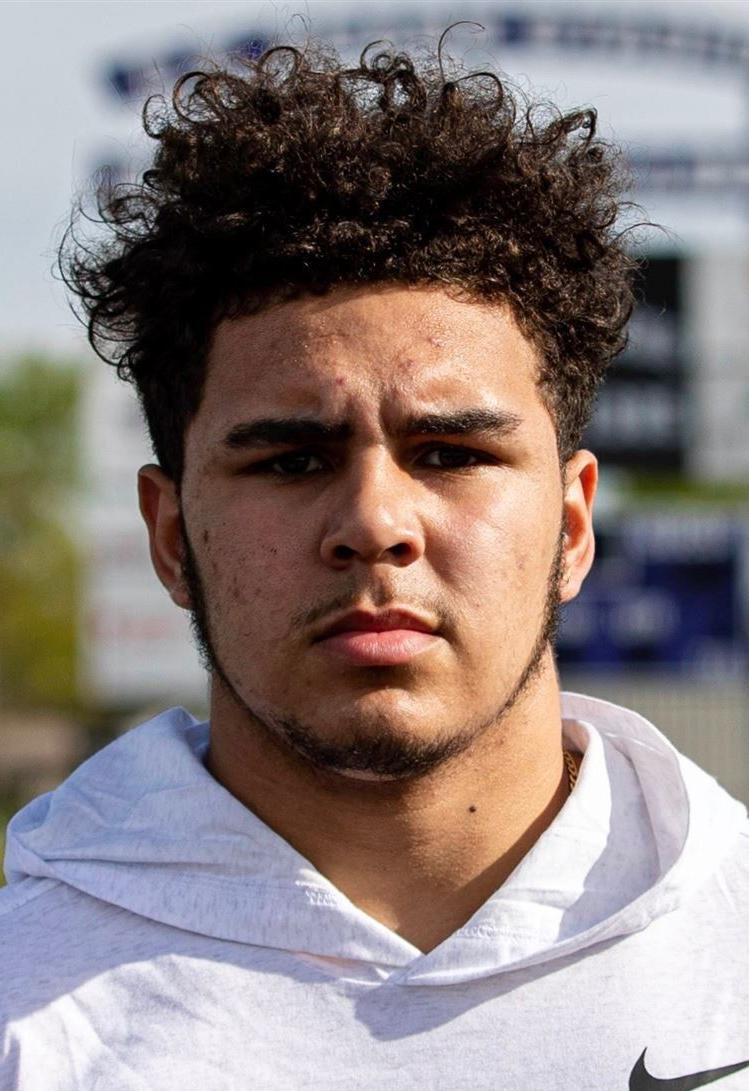