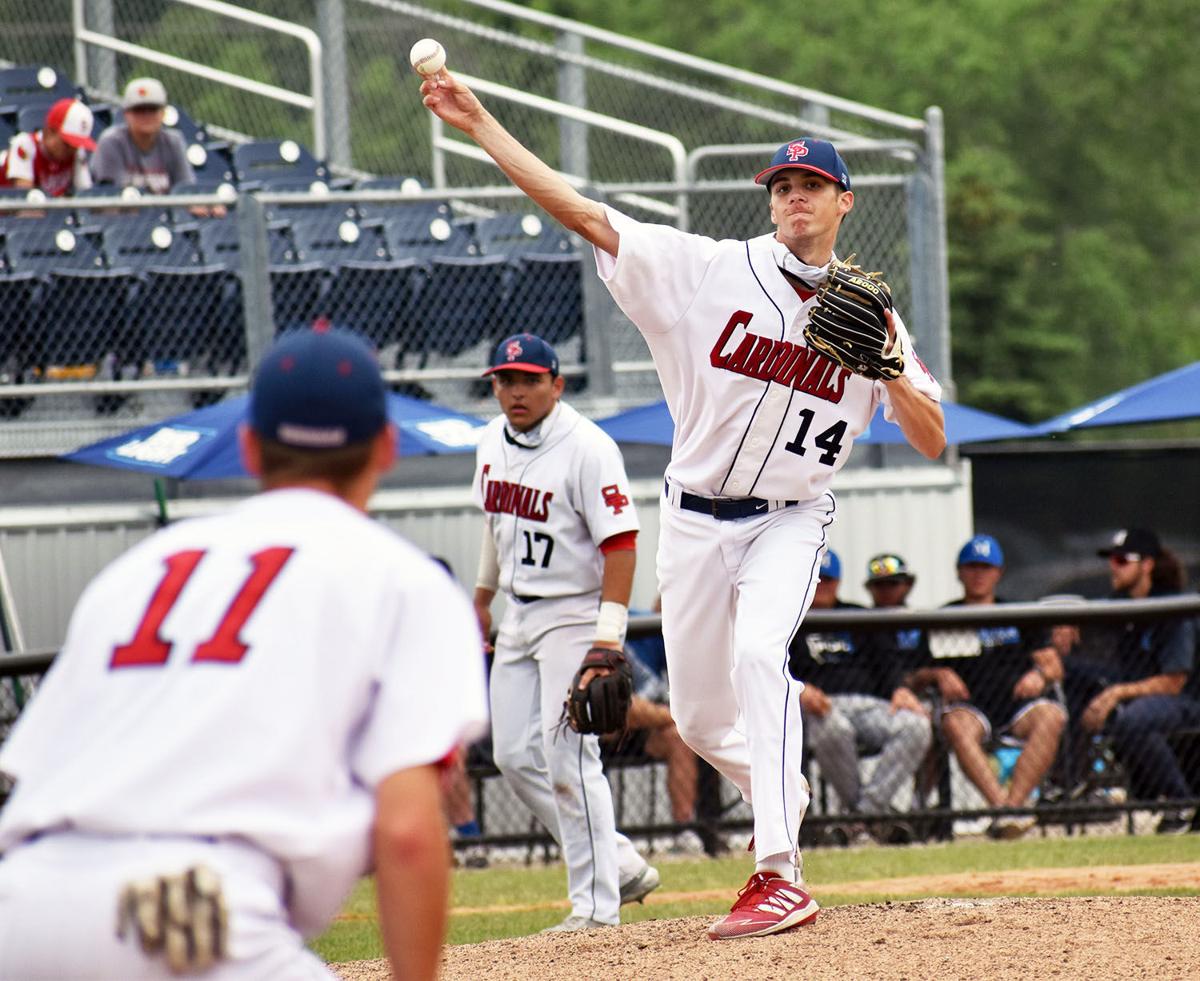 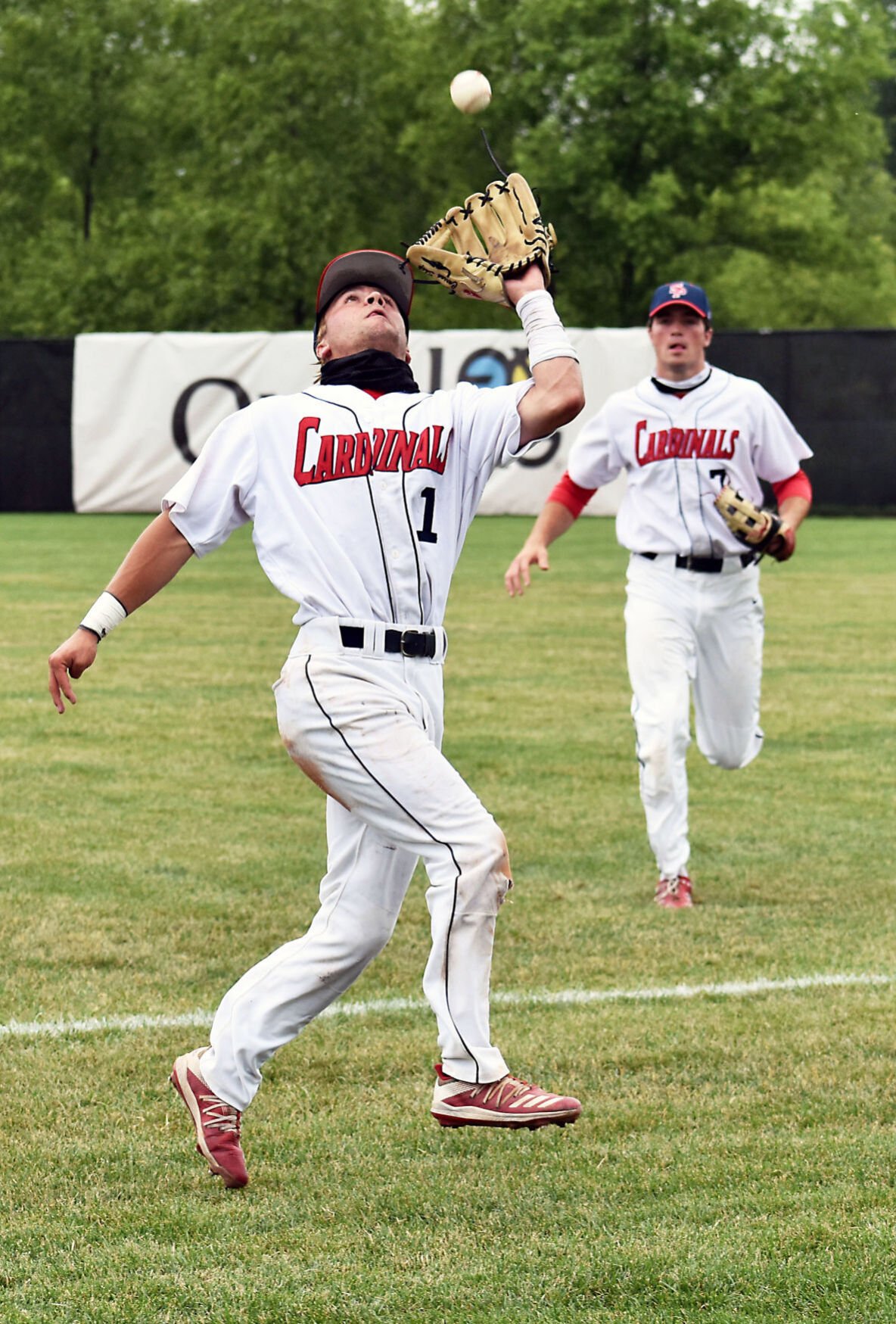 Sun Prairie second baseman Carson Shepard hauls in a pop up down the right field line during the Division 1 state quarterfinal game in Fond du Lac on Friday. 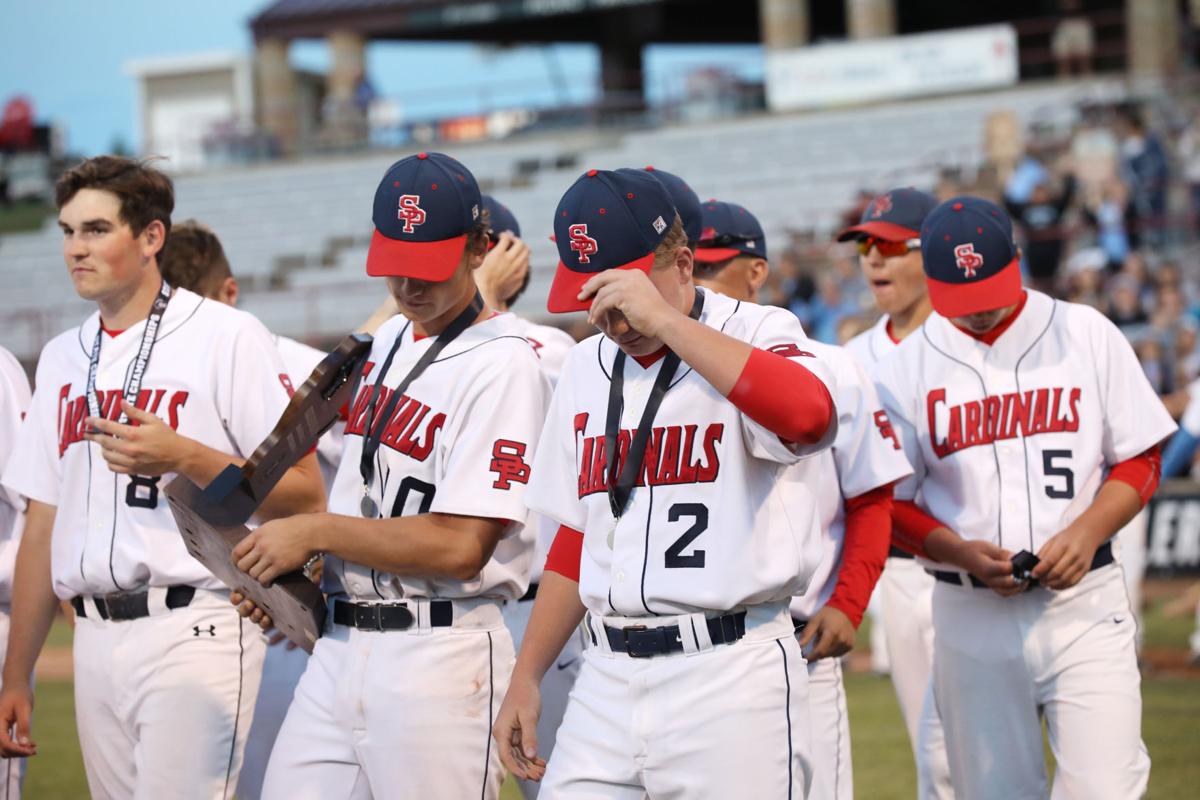 All season long, the Sun Prairie baseball team has cogitated, ruminated and otherwise obsessed over its runner-up finish in the 2019 WIAA state tournament.

“There are a few guys on the team who have the picture of us with the runner-up trophy saved as their home screen (on their phones),” Cardinals senior pitcher/outfielder Brady Stevens said. “So every time they open up their phone, that’s something that fuels them.

“We never want to feel that same way after we lost, so our goal is absolutely to win that last one.”

And that's why the Cardinals are 100 percent focused on Thursday — the day they’ve been waiting for, and the day they can turn that silver into what would be the school’s ninth state baseball championship.

In the 2017 final, Sun Prairie lost 5-4 to Eau Claire North, earning the runner-up trophy for the second time in three years. Now the Cardinals are back in the state semifinals, with the long-awaited chance to win two games on Thursday and take home their first championship since 2014.

A win in that game would place the Cardinals in the 6 p.m. championship game against Bay Port (24-1) or Eau Claire Memorial (21-7).

Stevens and catcher Josh Caron are two of nine hungry seniors on this year’s Cardinals roster, forming a murderer’s row of talented offensive players who have built a team batting average of .344 and scored an average of 9.6 runs per game.

Stevens has played a key role in the Cardinals’ success. Through 25 games, he has hit .343 with 17 RBIs — and he has been the most consistent starter on the mound with a 2.10 earned-run average and 56 strikeouts over 33.1 innings pitched. His play has helped Sun Prairie push through injuries to other key pitchers.

“Brady’s got a calmness to his personality in general,” Hamilton said. “He brings that to the field every day. He never gets too up, he never gets too down, and that’s been really good for us.”

Despite his demeanor on the field, which may come from his experience as the quarterback of Sun Prairie’s successful football team, Stevens understands the value of bringing positive energy to the field.

“Our coach always says energy is worth three runs,” Stevens said. “We (the seniors) understand that each playoff game could be our last, so coming in with the right mindset has been huge.”

Caron, a left fielder on the 2019 team who now catches and pitches, believes the team’s determination is a result of their experience together and has been as important as anything in getting them to the state tournament.

“We’ve limited some of the mental errors that we had in 2019,” Caron said. “We’re all pretty close and we have some pretty good team chemistry, so that’s kind of stayed the same throughout the years.”

The University of Nebraska commit added that he believes this team has better depth and overall talent than two years ago, which seems evident in the difference in records and statistics.

Hamilton believes his team played the hardest schedule in the state all season, losing a Big Eight Conference game to Madison West and a season finale to Hartland Arrowhead. When that is factored in with everything else, it seems the Cardinals’ first title in seven years is theirs to lose.

“We’re just trying to focus on the moment, play hard and enjoy it … have fun with it,” Hamilton said. “You try to just appreciate the moment and not make it bigger than it is.

“We’re going to try to win two more games. If we do, that’d be awesome, but if not, we’ve had a great journey.”

Sun Prairie second baseman Carson Shepard hauls in a pop up down the right field line during the Division 1 state quarterfinal game in Fond du Lac on Friday.