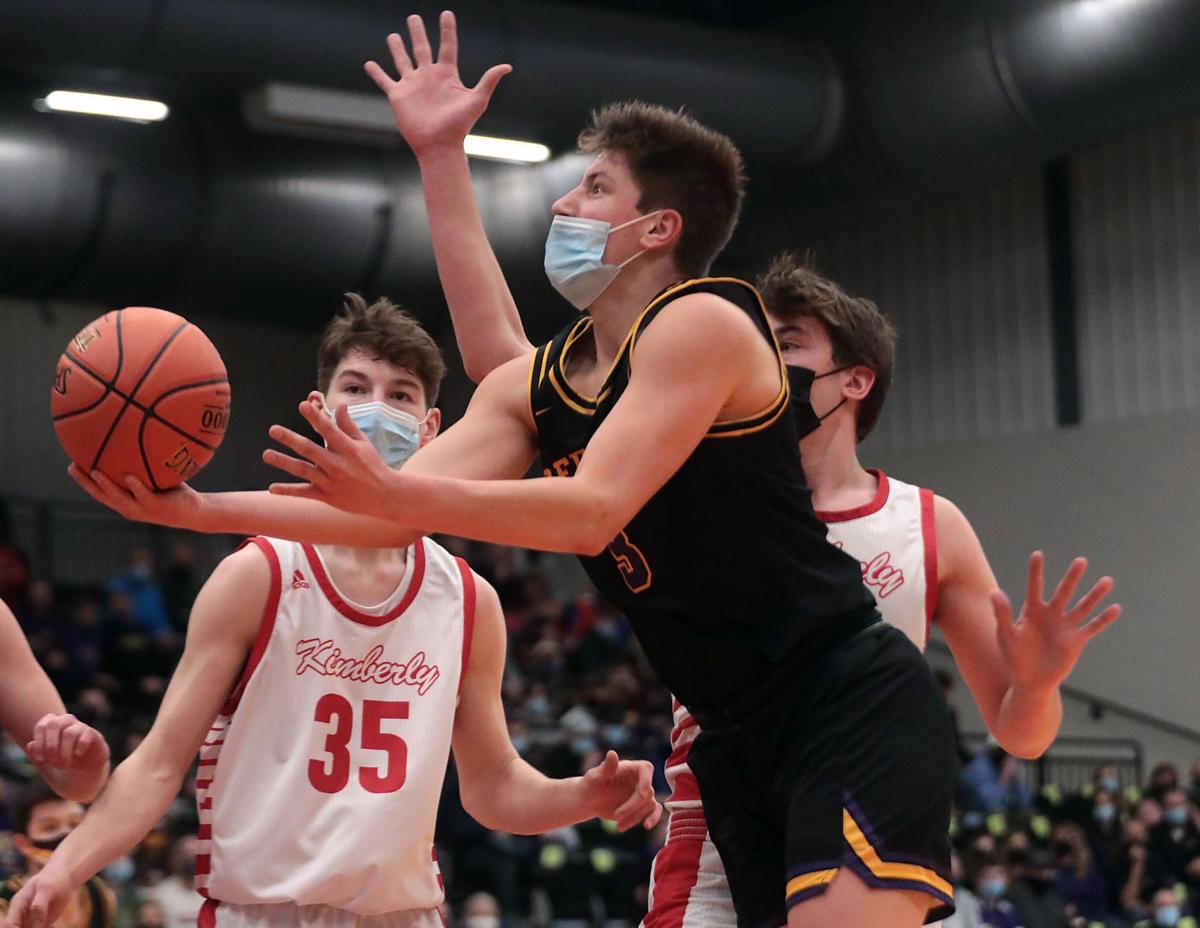 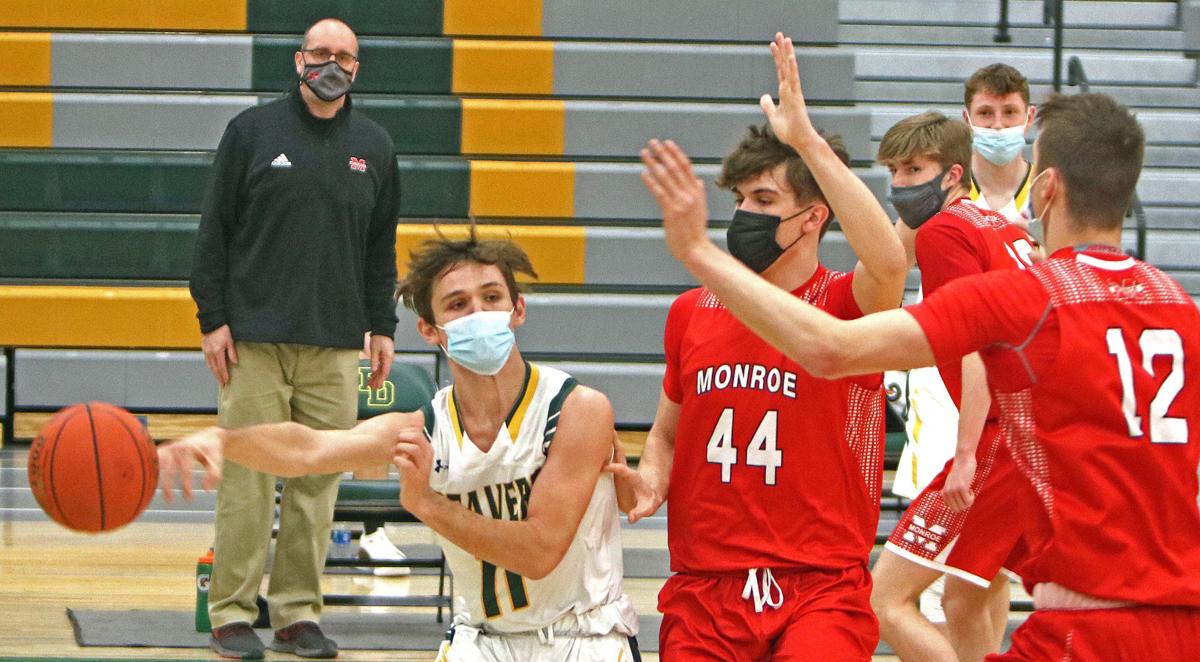 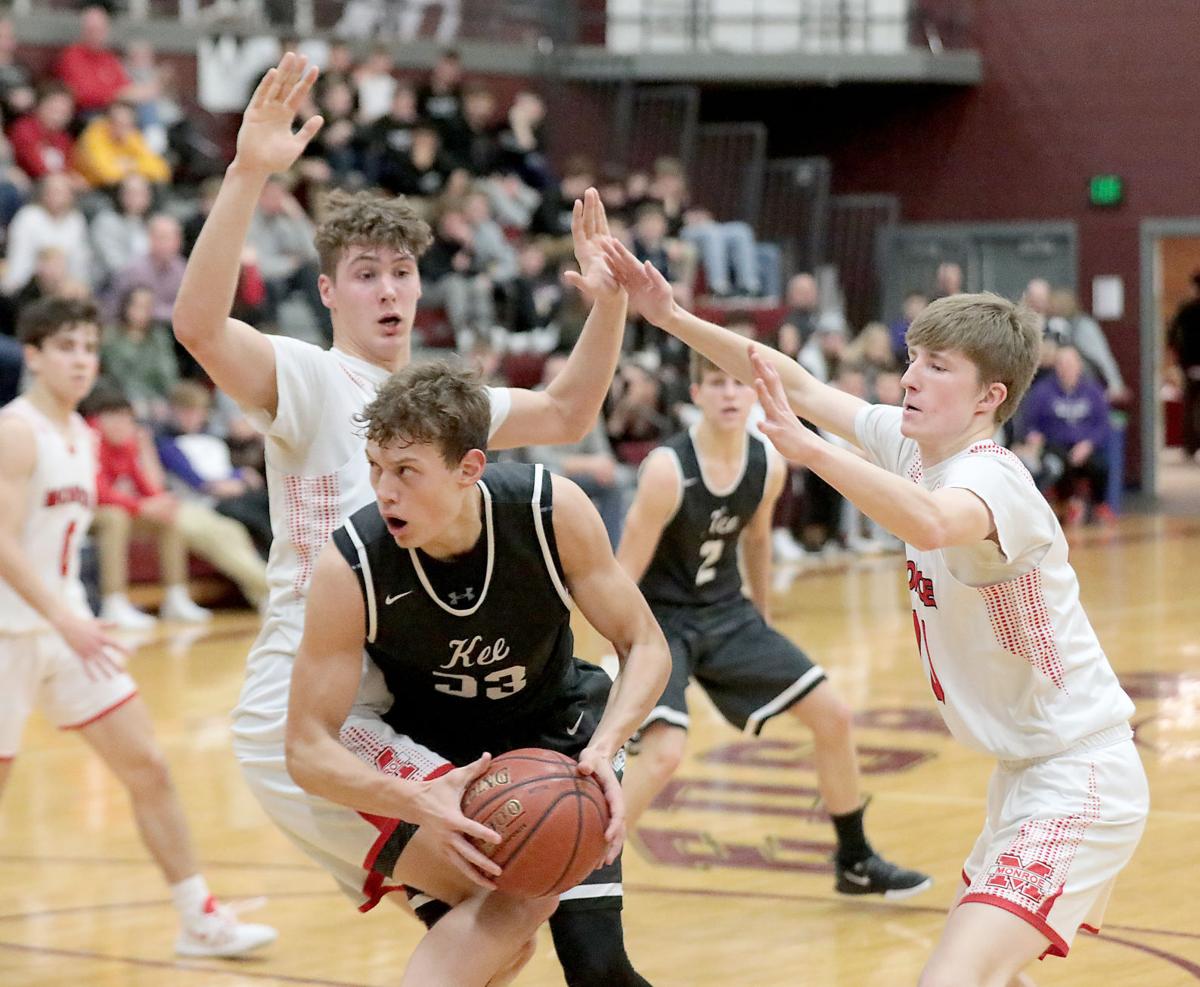 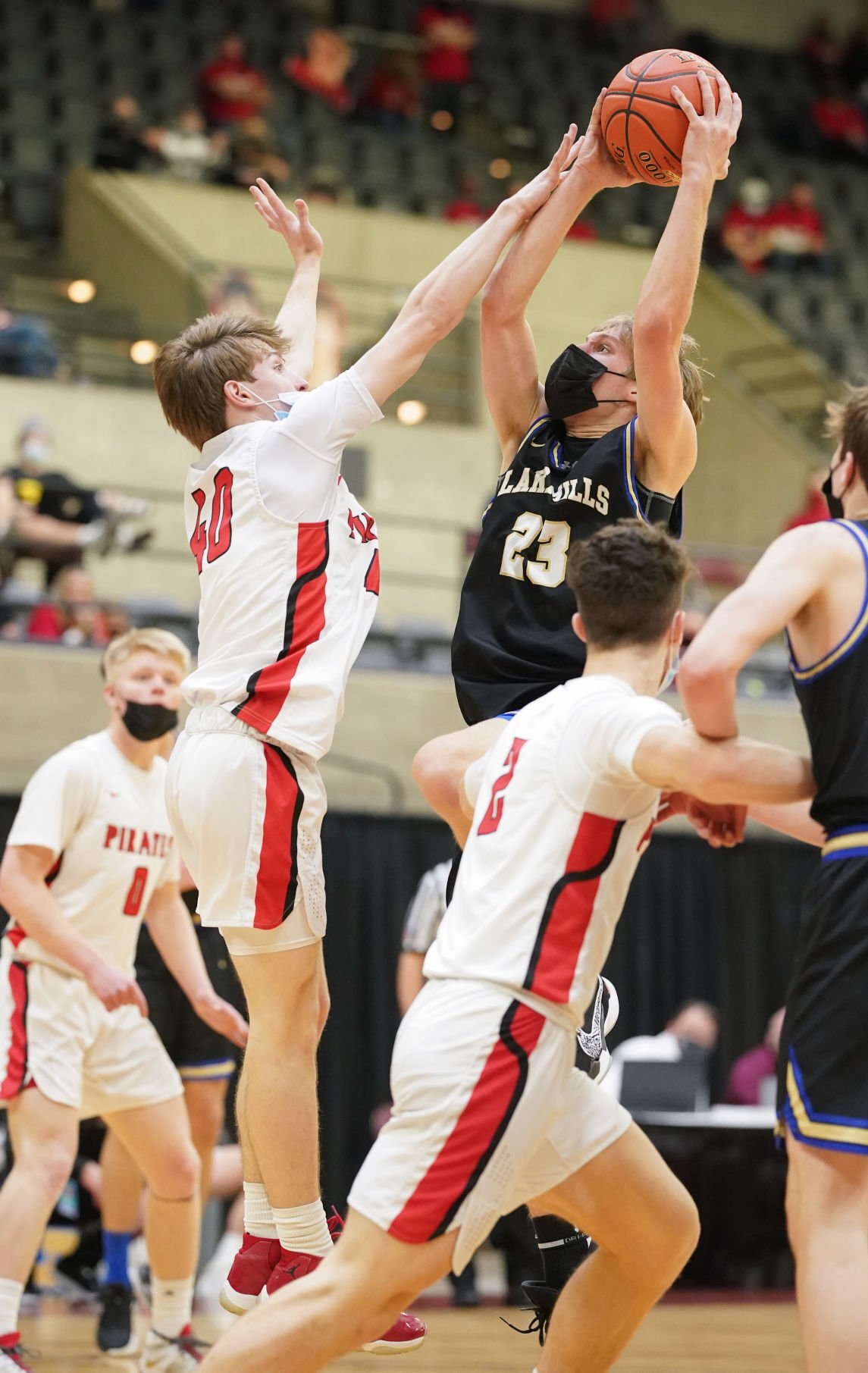 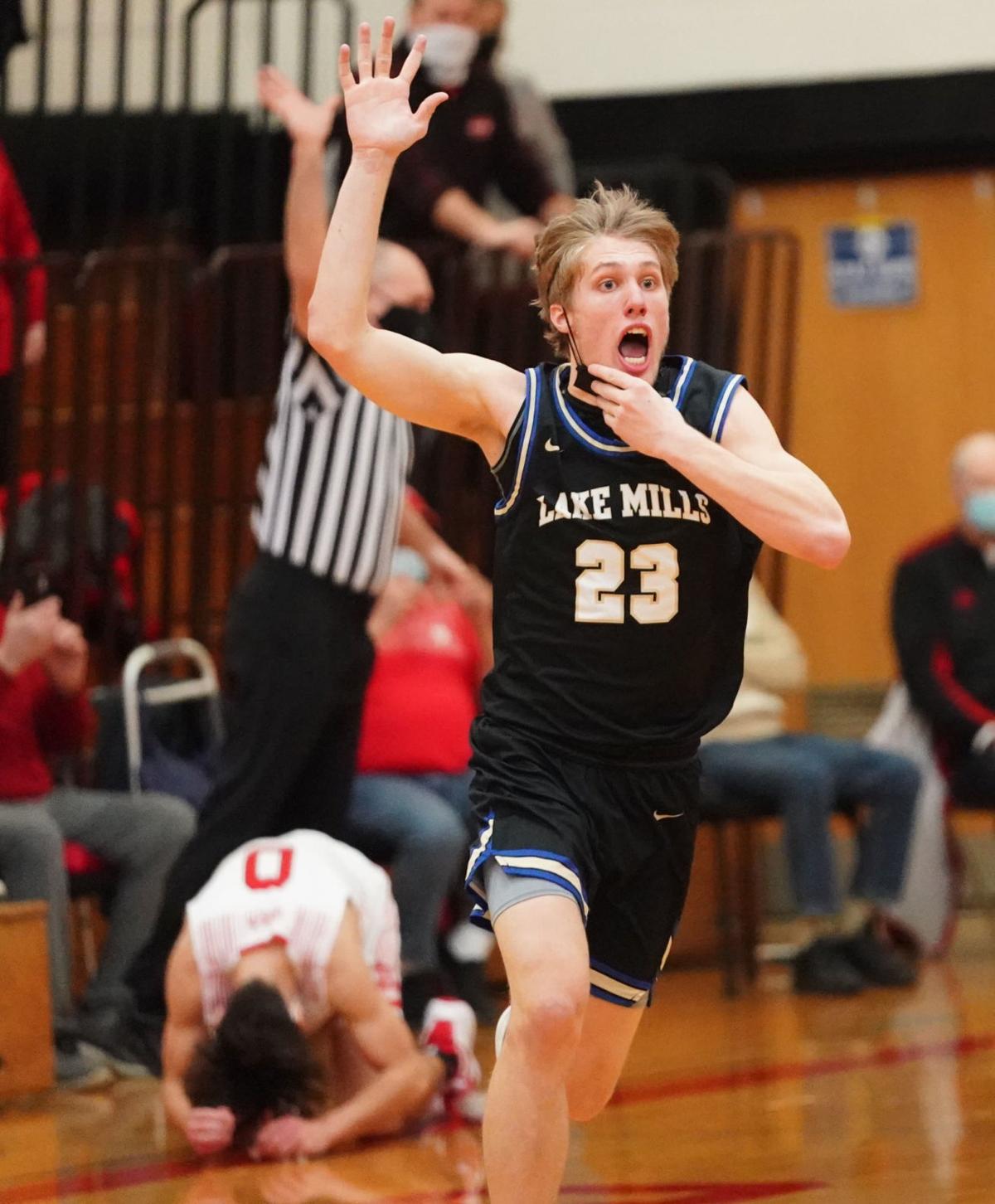 The 6-foot-8 Meyer and the 6-3 Weisbrod were third-team selections on the All-State team selected by a statewide panel of sports reporters.

Meyer, a UW-Green Bay commit, averaged 20.1 points and 9.1 rebounds per game and shot 56.6% from the field while helping lead Monroe to a WIAA Division 2 sectional final appearance.

The 6-3 Bender, the Capitol North Conference player of the year, averaged 18.8 points, 7.1 rebounds, 3.6 assists, 1.7 steals and 1.2 blocked shots and shot 52.9% from the field for Lake Mills, which advanced to a Division 2 state semifinal.

Brandin Podziemski, a 6-6 senior guard from Delafield St. John’s Northwestern Academies, was selected as the AP player of the year.

Podziemski, who was the Wisconsin Basketball Coaches Association’s “Mr. Basketball,” averaged 35.1 points, 10.0 rebounds, 5.6 assists and 4.0 steals per game and shot 60.4% from the floor, including 43.4% from 3-point distance.

Fennimore senior Adam Larson was on the fourth team and Darlington senior Carter Lancaster was a high honorable-mention selection.

Player of the year story

Brandin Podziemski never had an off night.

That was the beauty of the season for the Delafield St. John’s Northwestern Academies senior.

The 6-foot-6 guard delivered at least 20 points each night and shot at least 50% in all but three games. His 974 points are the seventh-best single-season total in state history.

With the prolific season, he became the 44th boy in state history to score 2,000 points, accomplishing the feat without the benefit of playing at the varsity level as a freshman.

Those were some of the statistics and accomplishments a panel of writers from around the state considered when they voted Podziemski the Associated Press state player of year. Racine St. Catherine’s senior Tyrese Hunter and Brookfield Central senior David Joplin also were considered for the award.

The biggest accomplishment in his mind, however, was playing 27 games – he missed one – during a season played in a pandemic. Not everyone was so fortunate.

“It was a good season,” he said. “It doesn’t matter to me unless we win, so I’m kind of bummed that we didn’t win, but looking at individual success as well as team success probably the brightest moments would be being able to play (so many) games.”

Podziemski led St. John’s to a 21-7 record that included a regional championship. The team reached the sectional final in Division 3 where it lost to eventual state runner-up Lake Country Lutheran.

He recorded a career-high 50 points on 18-for-36 shooting in a 90-86 quadruple overtime loss on Jan. 30 to Pewaukee, which went on to win the Division 2 state title.

“I think the biggest thing with (his scoring) is you take a look at his percentages,” said DJ Mlachnik, who served as the interim coach for St. John’s this season. “You can see how efficient he is is the biggest wow for me.”

He reached his scoring average with 21.6 shots per game.

That efficiency is part of the reason he is considered a four-star recruit. He is weighing scholarship offers from Kentucky, Illinois, Miami, Vanderbilt and Wake Forest.

“I gave 110% and that is all you can ask for,” he said. “I thank everyone that has been a part of the last three years at St. John’s for not only helping me as a basketball player but as a man. I thank them and my family obviously  … Without them none of this stuff would be possible.”

Coach of the year story

After a year of uncertainty and frustration brought on by the COVID-19 pandemic, Racine St. Catherine’s realized its goal of winning the Division 3 championship on March 5.

It was Nick Bennett, whose last name is synonymous with basketball excellence in Wisconsin, who held together this talented team through challenging times.

And the man who replaced the legendary Bob Letsch at St. Catherine’s in 2016 was rewarded by being named the Associated Press Coach of the Year in Wisconsin.

Bennett, who started for his father, Jack, on UW-Stevens Point’s 2004 and ’05 NCAA Division III national championship teams, usually prefers to stay out of the limelight.

But he admitted that this honor is especially meaningful to him.

“Absolutely,” he said. “I know how many great coaches have come through this state. I am truly humbled because I grew up in this state. This state is very near and dear to my heart. I made connections that are going to last me a lifetime. So when I look around at the coaches who got this award – and have not gotten this award - I go, ‘Holy cow, I don’t belong with these guys!’ ”

Based on what he overcame with his players during the last year, Bennett is not likely to encounter many people who agree with him.

On the night of March 12, 2020, St. Catherine’s extended its record to 25-0 with a hard-fought sectional semifinal victory over Delafield St. John’s Northwestern Academies.

Led by the All-State backcourt of Tyrese Hunter and Kamari McGee, it appeared likely that the Angels would go on to win the 15th state championship in the history of this storied program.

But later that night, it was announced that the rest of the season was being canceled because of pandemic concerns.

Suddenly, it was all over and team members were left to wonder if they would ever get the chance to bring back a gold basketball from the state tournament.

Bennett, 39, helped keep that vision alive for the Angels, who graduated four seniors, including two starters, from their 25-0 team.

Among those returning were Hunter and McGee, who respectively committed to Iowa State and UW-Green Bay during the offseason.

St. Catherine’s kept piling up victories, but it was so much more difficult this season.

Because of a City of Racine ordinance in response to the pandemic, the Angels were prohibited from playing or practicing at their John F. McGuire Gymnasium.

Instead, they practiced within the cramped confines of the Lincoln Center just outside of the city and played all their games on the road.

Then, on Jan. 23, Hunter suffered an injury to his right ankle that was so severe that it was originally thought he would miss the rest of the season.

He ended up sitting out six games and was clearly not the same player for the rest of the season.

Just after that, Bennett dealt with quarantine issues that reduced his numbers so much that he was forced to promote two freshmen for a couple of games just to have depth.

St. Catherine’s winning streak was at 43 games when it lost 65-59 in overtime to Greendale Martin Luther Jan. 30 in Greendale.

But Bennett kept the Angels’ eyes on the prize and they went on to a 68-49 victory over Hartland Lake Country Lutheran in the Division 3 championship in Oshkosh.

That victory completed a memorable two-year run for the Angels, during which they went 53-1.

“Even before the state championship game, the kids never heard me say, ‘We’re going to win state,’ ” Bennett said. “My goal was just to get our guys ready for the task at hand.”

To say the least, Bennett succeeded at that in a big way.