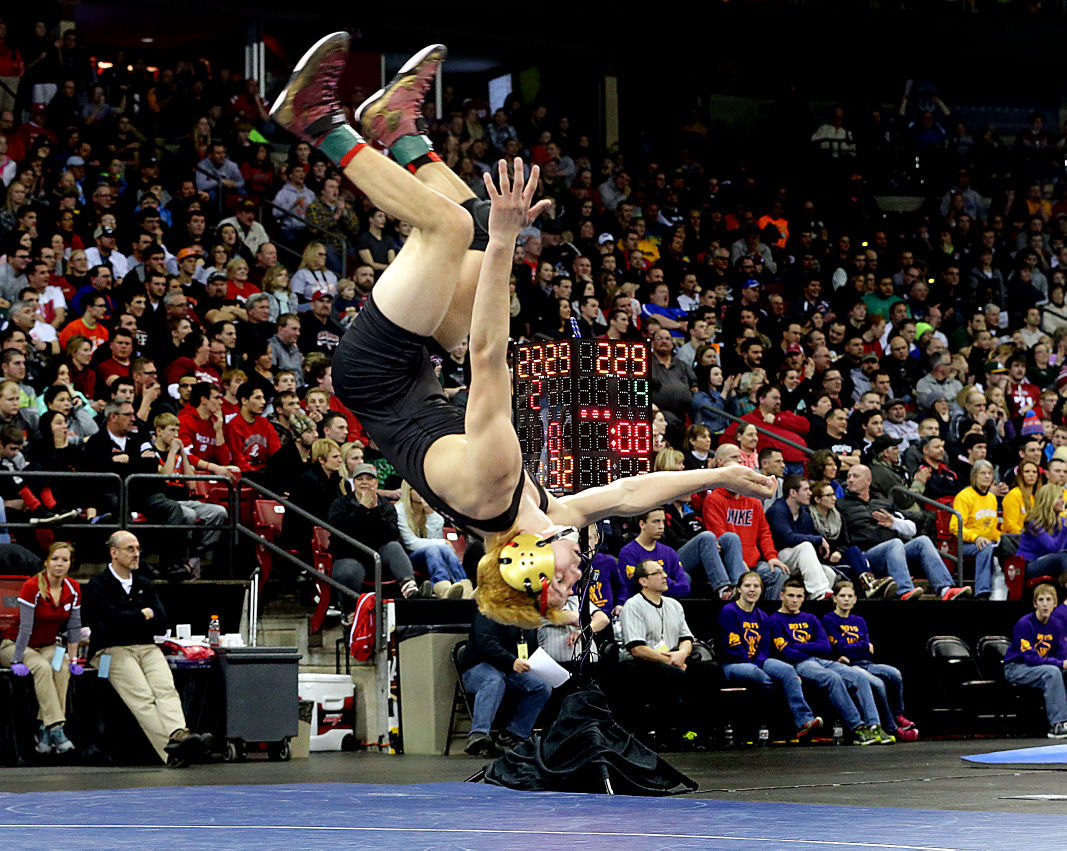 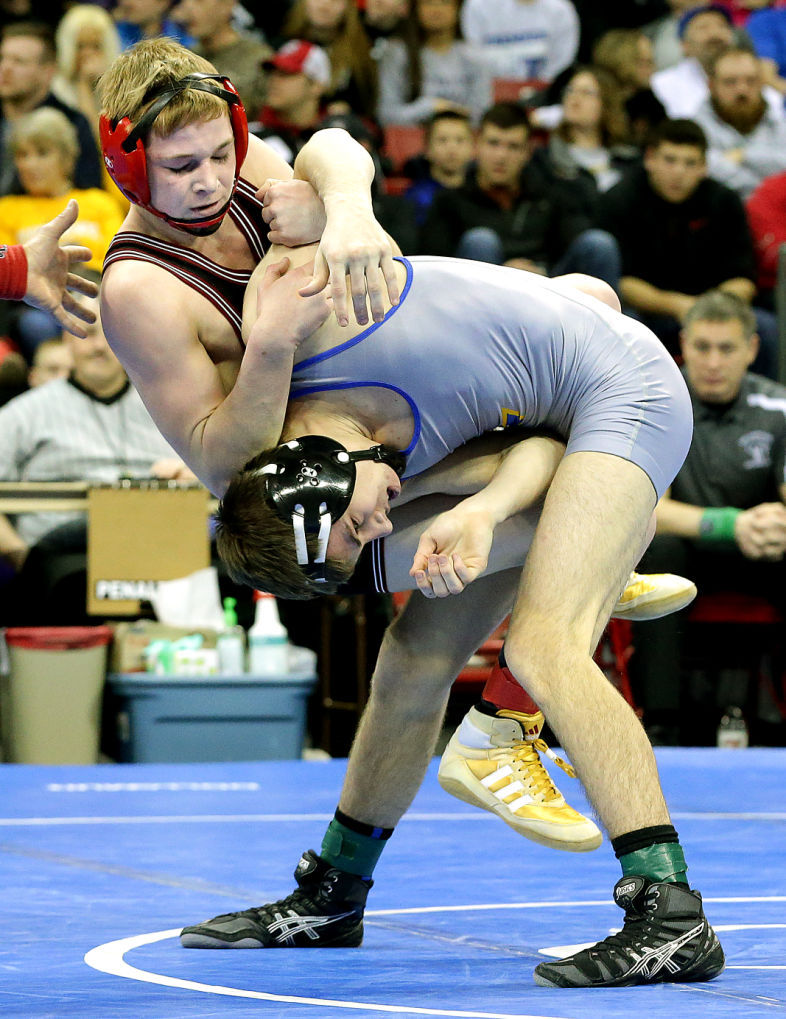 MADISON -- At some point, Jaden Winchel will celebrate what happened on the middle wrestling mat at the Kohl Center on Saturday.

Maybe he has by now.

The Sparta High School sophomore did celebrate a 4-2 victory over Edgerton’s Sonny Schliedt and the WIAA Division 2 132-pound championship that came with it briefly.

The cartwheel and backflip that followed the buzzer showed that he acknowledged the title. So did the hugs for his dad, Brian, and brother, Dylan, after he jumped to the rail and ran to their seats.

But mere moments after he became the Spartans’ first state champion since 2010, Winchel was back into the day-to-day mindset that seems to overtake those in his sport.

“It’s just another win,” Winchel said with a straight face. “I’m not where I need to be, and I still have a lot of work to do for the next level, which is college.”

So no celebration at all?

When pressed, he finally smiled.

“Maybe later,” Winchel said. “Maybe it has to sink in.”

Winchel (48-0) really never gave Schliedt a chance. He shot at Schliedt’s legs the first time just 5 seconds into the match and took him down on a second shot 5 seconds later.

The plan after getting the lead, Winchel said, was to grind it out the rest of the way to win. There was no flash, just physical wrestling.

“I just want to build that lead,” said Winchel, who led 2-0 after one period and 4-1 after two. “I wanted to get a lead big enough that would leave me OK if he got a reversal.

“I just looked for that lead, heavier leg and went for it when I could.”

Winchel’s second takedown, which was 45 seconds into the second period, was a successful attack on Schliedt’s left leg. Schliedt did escape late in the second, but a stall point in the third was the extent of his scoring.

“The process of what we do always has to be the same,” Sparta coach Mike Roddick said. “That’s why he’s saying that. The outcome can be special, and this one was super-duper special.”

Van Maanen (47-1), ranked fifth in the state, tied seventh-ranked Nathan Smith (40-3) of Mukwonago with an escape early in the third period, but Smith corralled Van Maanen near the edge of the mat about a minute later to set himself up for a 6-3 victory.

Van Maanen, a third-place finisher a year ago, never could get to Smith for a takedown and settled for three escape points in the match.

“He had a great season, and I told Jaden that I really look forward to watching him wrestle next year,” Central coach Josh Hein said. “He is going to have a chip on his shoulder and be a little bitter about what happened tonight, and there’s nothing wrong with that.”

Van Maanen gave up the opening takedown 43 seconds into the match and never led. He had trouble initiating the action throughout.

“When he’s on his offense, he is the best. We didn’t see him open up tonight like he normally does.”