More than 1,300 killed in powerful earthquake that struck Turkey and Syria; death toll likely to rise

It came down to being comfortable and accepting an opportunity to do exactly what he wanted to do.

At 6-foot-5 and 225 pounds, he had the size to catch the attention of college coaches, and the skills he demonstrated as Aquinas won 32 of the 36 games he started could certainly hold it.

Then Flottmeyer was thrown a curveball by some of the bigger programs expressing interest. They wanted him to consider playing tight end.

Winona State University wanted Flottmeyer to be part of its quarterback room from the day it showed interest, and that was important as the Associated Press All-State second-teamer weighed his decision.

Flottmeyer committed to the NCAA Division II Warriors late Saturday morning and couldn’t be more excited to have a plan in place with a program he feels provides a natural fit.

“I had all these questions circulating in my head,” Flottmeyer said. “Then I took my official visit to Winona last Friday and Saturday. Being around the players and coaches, I found that these are some of the finest men I could surround myself with.

“I knew then and there that I wanted to go there.”

Flottmeyer said he was open to changing positions in the right situation, but getting a chance to play a position he loves for a program that returned to the postseason for the first time in five years last fall was the right choice.

Flottmeyer said offensive coordinator Isaac Fruechte, a Caledonia High School graduate who played at Minnesota and spent some time with the Minnesota Vikings as a wide receiver, played a significant role in the decision while selling what the team did during his first season with the offense.

“He does some really great things, and I think I’d be a great fit in their offense,” Flottmeyer said. “Them getting back to the playoffs for the first time since 2017 was a big credit to him because of the way that offense ran.”

Winona State averaged nearly 345 total yards and 27 points per game during an 8-4 season. The Warriors passed for 191 yards per game, rushed for 153 and scored at least 38 points on four occasions.

Flottmeyer was instrumental in the Blugolds (13-1) averaging 40.4 points on 381.6 yards per game during a second-place finish to Division 3 state runner-up West Salem in the Coulee Conference.

Flottmeyer completed 67.6 percent of his passes for 2,651 yards, 30 touchdowns and eight interceptions. The interceptions represented a career high, but four of them came in the first three games. He threw 23 touchdown passes against four interceptions over the final 10 games.

Equally comfortable in the pocket or on the move, Flottmeyer completed his career with 6,436 passing yards, 77 passing touchdowns, 428 rushing yards and 11 rushing touchdowns.

He was the perfect weapon for Aquinas offensive coordinator Steve Kramer, and the two put together offenses that produced more than 5,000 yards two straight seasons.

“The relationship we have is almost like a father and son,” Flottmeyer said. “We would go back and forth a lot where he’d put in a play, and I’d say, ‘Coach, why don’t we do this?’

“He’d say, ‘OK, I see what you are saying, but how about this?’ I learned a lot from him, and I think he learned from me, too, so I think we made each other a lot better. He helped me the most by helping me learn to read defenses.”

Flottmeyer opted not to play basketball this winter to devote more time to football. He starts his days by waking up at 4:45 a.m. and heading to Three Rivers Performance – owner Eddie Hodges works with Aquinas athletes on speed and strength programs – for one workout and then throwing drills after school.

He believes arm strength plays to his benefit moving to the next level, but Flottmeyer understands the weight room and continued understanding of the offense and what opposing defenses are trying to do will play the biggest roles in potential playing time.

“I have a strong throwing arm and think I can really air it out,” Flottmeyer said. “And I think I’m a playmaker, and those are important things.”

6,436: Career passing yards while completing 64.7 percent of his attempts

12-0: Postseason record as a starting quarterback

Macy Donarski likes playing in big games, and the Aquinas High School girls basketball team had one of those with West Salem in town Tuesday night.

Every step of the process for a new program of any kind is exciting, but some are more important or significant.

BLAIR — Senior Lindsay Steien might go down as one of the best in Blair-Taylor High School Athletics history.

HOLMEN — They maneuvered through the smoke, blaring music and darkened Bernie L. Ferry Fieldhouse to slap the hands of the girls who one day w… 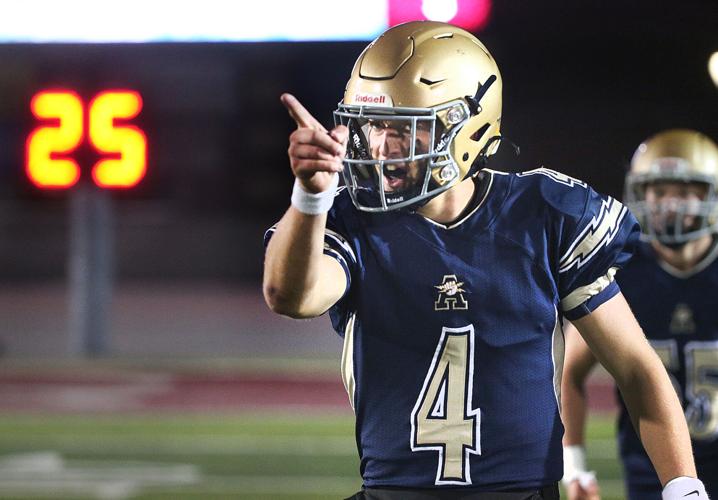 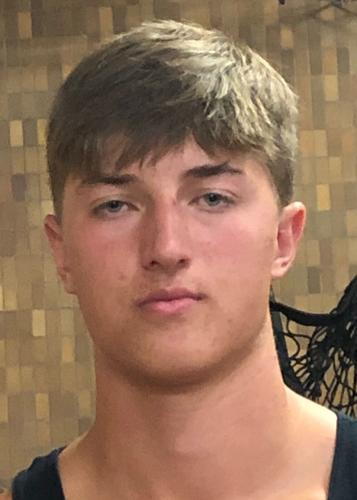