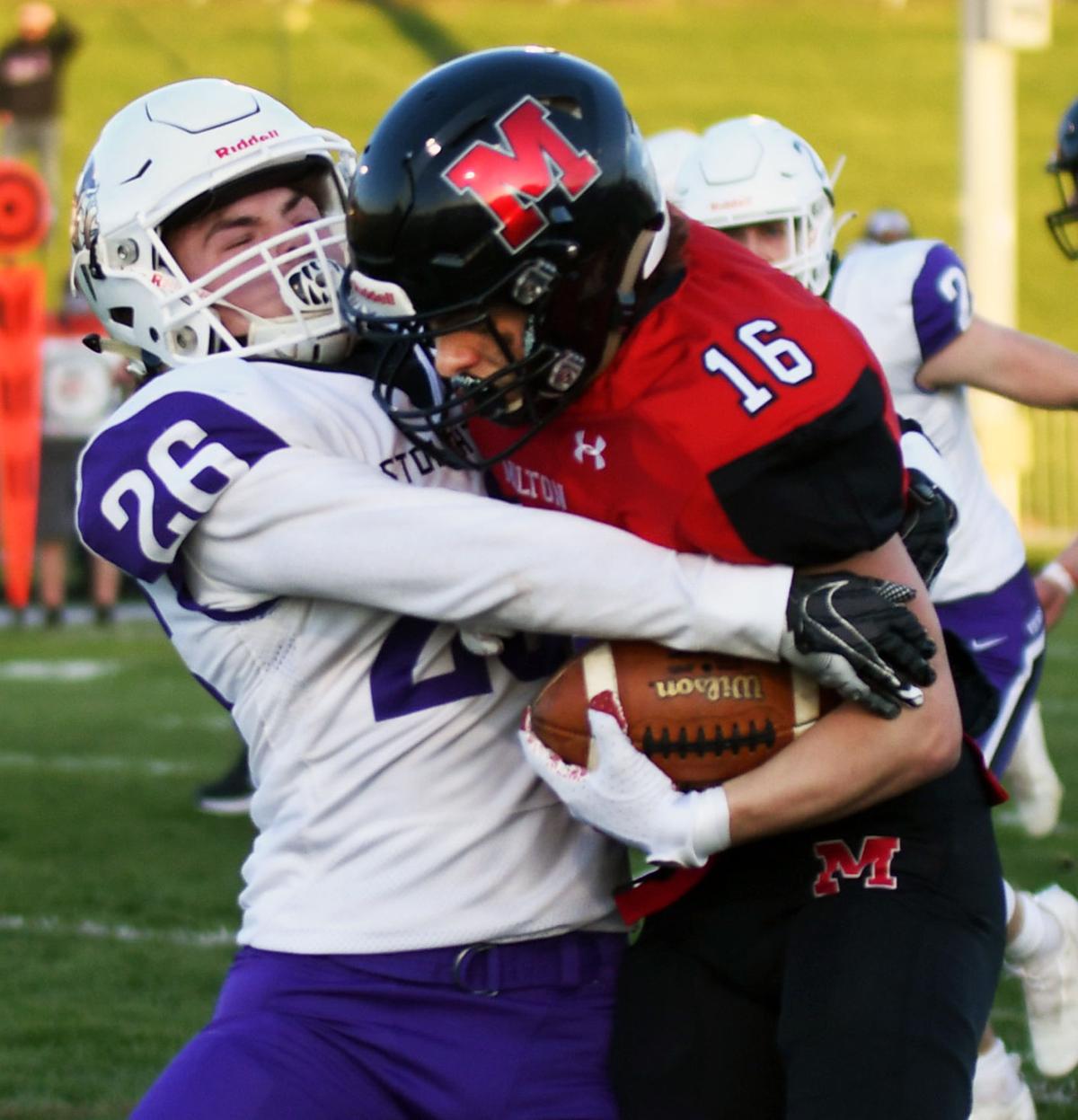 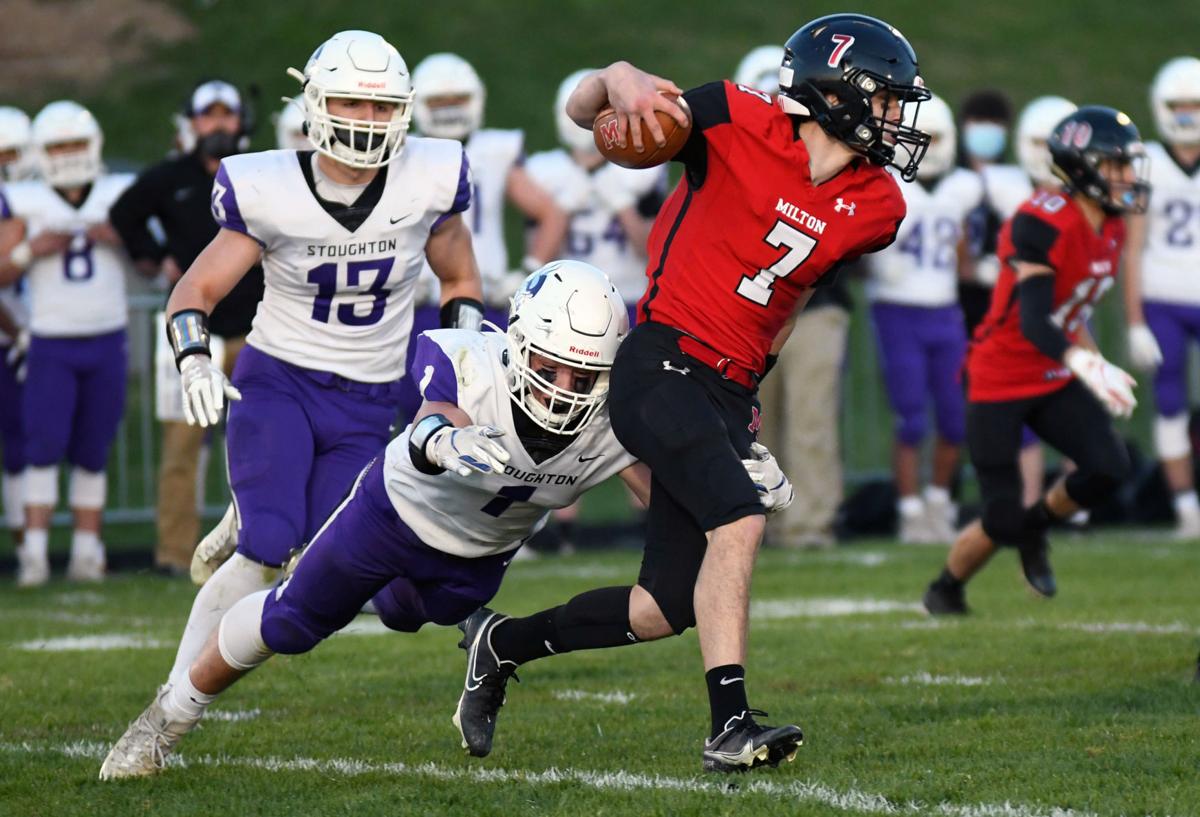 BILL COONEY For the State Journal

MILTON — The ability to anticipate might not be the flashiest of skills, but for a defensive back it’s about as critical as vision is to a pilot.

The junior safety diagnosed two passes for interceptions — returning a second-quarter pick 85 yards for a touchdown — in the Red Hawks’ 14-7 victory over Stoughton in a spring season prep football game.

“I’m a point guard so I’ve got to use my vision. That’s one of the big keys,” said Campion, who is being recruited by colleges for his basketball abilities.

The Red Hawks (3-1) held off a furious comeback attempt by Stoughton, which drove inside Milton territory in the final minutes.

Using its “Hippo” offense that worked to great effect the previous week against Monona Grove, the Vikings (2-2) used their size advantage to drive to the Red Hawks’ 40-yard line on a 14-play march that ended with a fourth-down stop with 35 seconds to play.

After using a heavy dose of 220-pound senior running back Brooks Empey, quarterback Jonah O’Connor tossed a pass out to the flat to junior Nathan Vagedes on fourth-and-4, but he was greeted by a host of Red Hawks and brought down short of the marker.

And who was there to finish off the play and victory? Campion, of course.

“We just had to get low and wrap up,” Campion said. “Get those big guys down and work together as a team.”

Campion also used his speed to track down ball carriers all night and added a 49-yard punt return to flip field position in the fourth quarter.

Later, he sailed high for a fourth-quarter deep pass from O’Connor, hauled it in over the receiver, and returned it inside the 10-yard line.

“He is the eyes of our defense,” said senior defensive end Luke Hessenauer, who blocked a first-quarter punt to set up Milton’s opening touchdown. “He’s our fail-safe.

“If we don’t have him out there, he’s a major difference in the game. A huge factor. Plays three sports. Just a hard worker all the time.”

In the second quarter, Campion anticipated his first interception, backpedaling before jumping in front of the receiver, collecting it and finishing off the 85-yard pick-six. The play gave Milton a 14-0 lead and a ton of momentum behind an energized home crowd at the half.

“I read the quarterback’s eyes pretty well, predicted it pretty well and I just had to take it to the house,” Campion said.

Stoughton pulled within seven points midway through the third quarter, as senior Luke Mechler scored on a 5-yard run. The Vikings used a heavy dose of the “Hippo” on the drive, as Empey used his brute strength to run for 39 yards on six carries.

But turnovers and penalties haunted Stoughton all night. The Vikings had a punt blocked, fumbled a kickoff return, threw three interceptions and totaled seven penalties for 70 yards.

Milton also held Stoughton to 1 yard in the first half.

“They took it to us in the first half,” Stoughton coach Jason Becker said. “They had a great defensive game plan and did what they needed to to slow us down offensively. … At the end of the day we’ve got to take care of the football, too. Turnovers plagued us and you’re never going to win when you lose the turnover battle like that.”