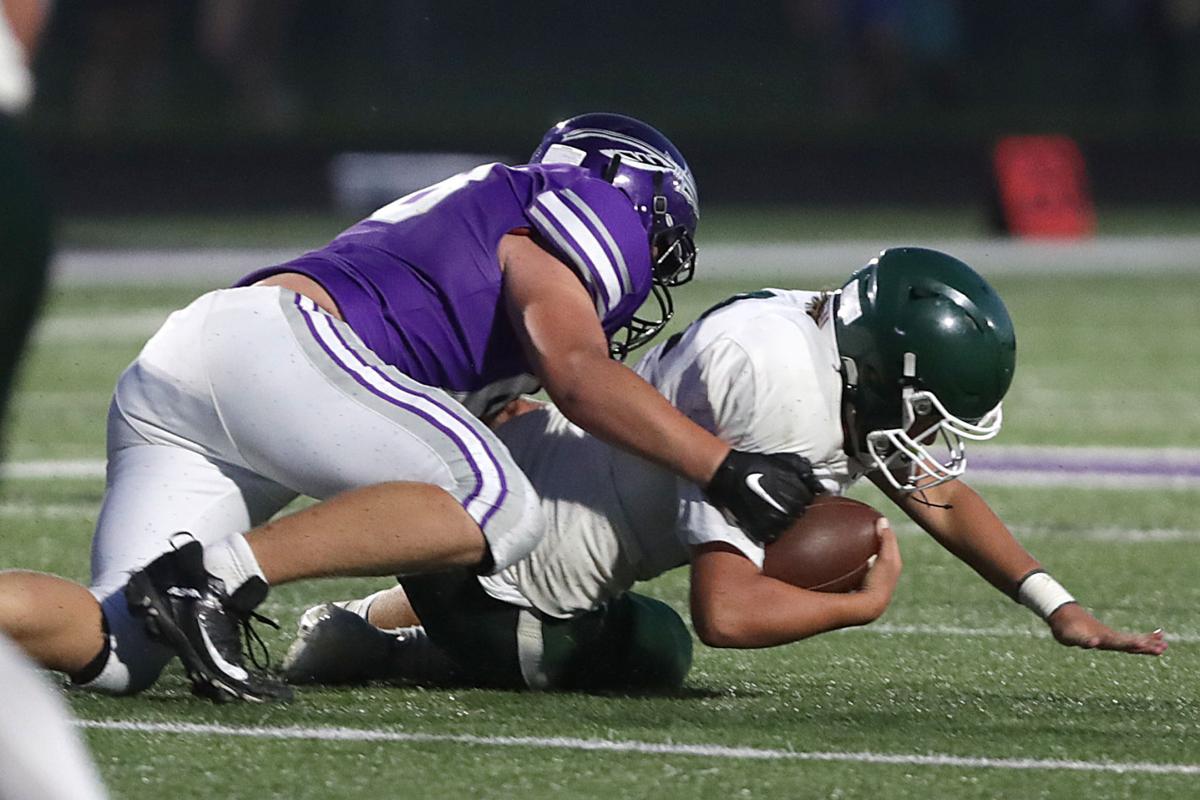 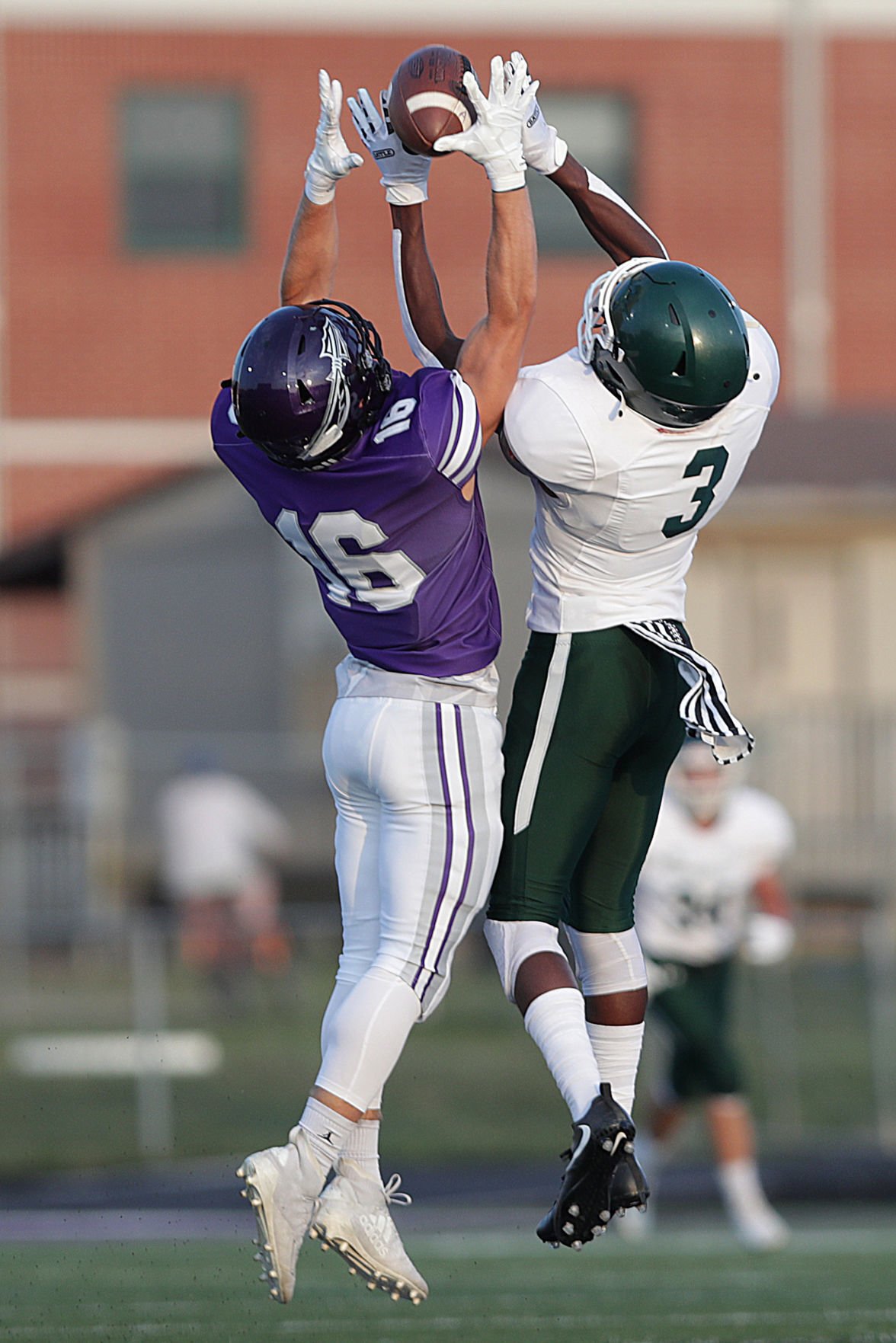 After a rousing first week of high school football, area teams look to build off those performances.

Week 2 again features Thursday games, including Madison La Follette at Monona Grove, Madison West at Oregon and Wisconsin Rapids at Sun Prairie (which was ranked third in the state in this week’s Associated Press Large Division poll). The majority of the games will be Friday, including an interesting non-conference game between visiting Marshall and Black Hawk/Warren (Ill.), eighth-ranked among Small Division schools.

Among games to watch, here’s this week’s Pick 6:

Lake Mills (1-0) at Madison Edgewood (1-0), 4:30 p.m. – Lake Mills opened with a 23-10 victory over Mineral Point in its opener, pulling away in the fourth quarter on Michael Stenbroten’s touchdown. Madison Edgewood went on the road for a 42-14 victory over River Valley in Spring Green. Edgewood’s Joe Hartlieb tossed three touchdowns in his 247 yards passing and Mason Folkers passed for one touchdown and ran for another. Edgewood announced that it will be its first home game on its home field in 30 years.

Stoughton (1-0) at DeForest (1-0), 7 p.m. – Stoughton comes off a thrilling 27-21 victory over Oregon. After Oregon tied the game at 21-all, Stoughton drove downfield and Darrick Hill scored on a 1-yard run with 12 seconds left. Hill finished with 271 yards rushing and four touchdowns, as the Vikings piled up 355 yards rushing. DeForest, ranked ninth among Large Division schools, blanked Madison East 42-0. The Norskies’ Deven Magli scored on a punt return and a touchdown reception and Cale Drinka rushed for two scores.

Monroe (1-0) vs. Mount Horeb/Barneveld (1-0), 7 p.m. in Mount Horeb: Monroe, tied for seventh among Medium Division schools, defeated Sauk Prairie 43-7. The Cheesemakers’ running attack in the Delaware Wing-T was led by Keatin Sweeney (116 yards, three touchdowns) and Alex Hernandez (113 yards). University of Wisconsin commit J.T. Seagreaves rushed for 94 yards and two touchdowns, one rushing and one receiving. Mount Horeb/Barneveld got off to a good start with a 37-30 victory over Racine St. Catherine’s. Tyler Buechner had 228 yards rushing and three touchdowns and Trenton Owens added a kick return touchdown and a rushing touchdown.

(This report includes information and statistics from the State Journal, other published reports, teams and WisSports.net).

Klatt is expected to be a key contributor this season, particularly at running back and defensive back. He showed promise at those positions last season, but injuries derailed his campaign.

Soto was making strides to be a standout playmaker for the Golden Beavers last spring. The 6-foot-1, 170-pounder caught 19 passes for 166 yards and two TDs through the first three games before suffering a season-ending injury against Whitnall. Fully healed, Soto is primed to make an impact in his final season with the Golden Beavers. With Beaver Dam moving from a pass-happy attack to a bigger run game, look for Soto to get a lot of his work on jet sweeps.

Magli, a North Dakota commit, is one of the Norskies’ leaders in the secondary and as a receiver. He was an AP first-team All-State selection as a defensive back for the alternate season and was a WFCA Large Schools All-State pick. He had 24 tackles, including 19 solo, forced a fumble and had two interceptions returned for scores. He is set to move from cornerback to safety. He also averaged 19.3 yards per catch on 16 receptions.

Harriel, a running back and cornerback, is one of the Cougars’ key returning players. The 5-9, 160-pound Harriel was a threat in the passing game, totaling 21 receptions for 310 yards and a touchdown in the alternate season.

The 5-10, 155-pound Campion is a versatile performer for the Red Hawks, playing safety, receiver, kick returner and punt returner. Milton coach Rodney Wedig described Campion as “one of the best three-sport athletes in the state.” Campion had 57 tackles and four interceptions on defense and averaged 25.4 yards per punt return, returning a punt, a kickoff and interception for touchdowns.

King, a linebacker and fullback, led the Panthers’ defense with 49 tackles last spring, including 12 solo, and had two tackles for loss and a sack as Oregon finished 2-3, defeating the Janesville schools.

Huff, one of the top dual-threat quarterbacks in the Badger Large, threw for 916 yards, with eight touchdowns and four interceptions, last fall — often targeting Oliver Meyers. Huff also rushed for 204 yards and eight touchdowns, behind a line led by Caden Maas.

The 6-foot-7, 255-pound Dotzler, who’s committed to the University of Iowa, turned in a stellar junior season in the WIAA’s alternate fall season in the spring. He was a unanimous selection on The Associated Press fall season All-State football first team, a Wisconsin Football Coaches Association Large Schools All-State pick and WisSports.net’s spring offensive lineman of the year for undefeated Waunakee, which averaged 47.3 points per game.

The 6-5 Keller, who has committed to Iowa State, was one of the top pass-catching tight ends in the state last season with 19 catches for 321 yards and five touchdowns. He was a unanimous first-team selection on the AP alternate fall season All-State team and a WFCA Large School’s All-State choice.

The 6-1 Keene was an AP honorable-mention All-State choice and a WFCA Large Schools honorable-mention selection after a breakout season as a quarterback for the Warriors. He threw for 1,112 yards, with 18 touchdowns and three interceptions last spring, and completed 78.2% of his passes.

Jim Polzin is announced as the Lee Sports Wisconsin Columnist, where he will write stories covering all levels of sports throughout the state.