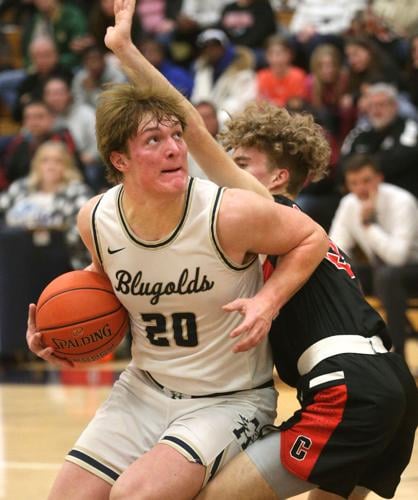 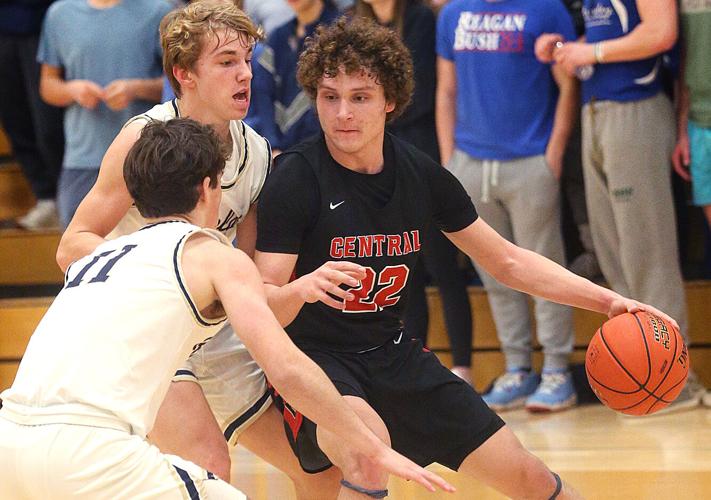 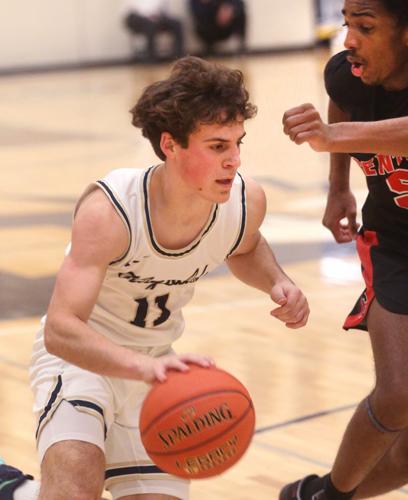 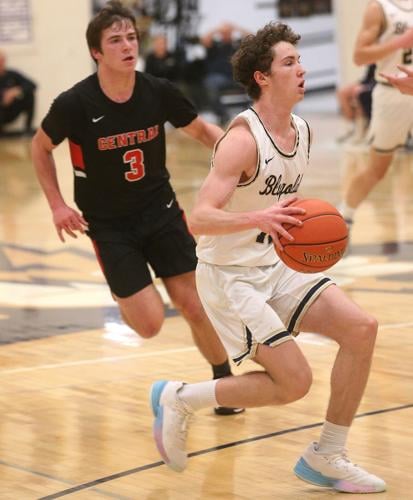 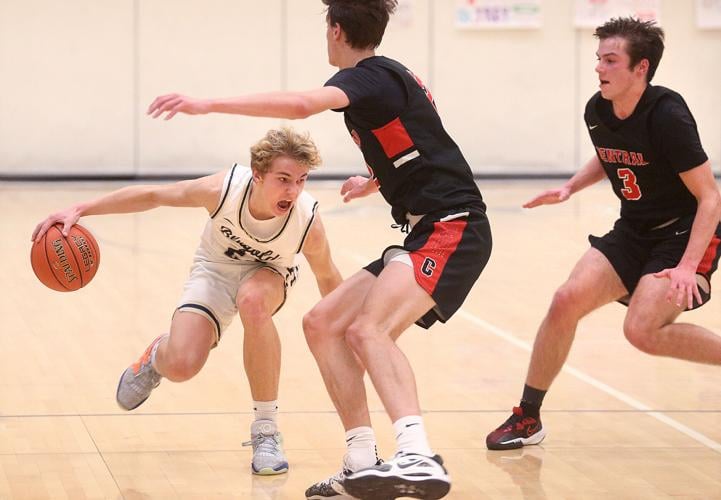 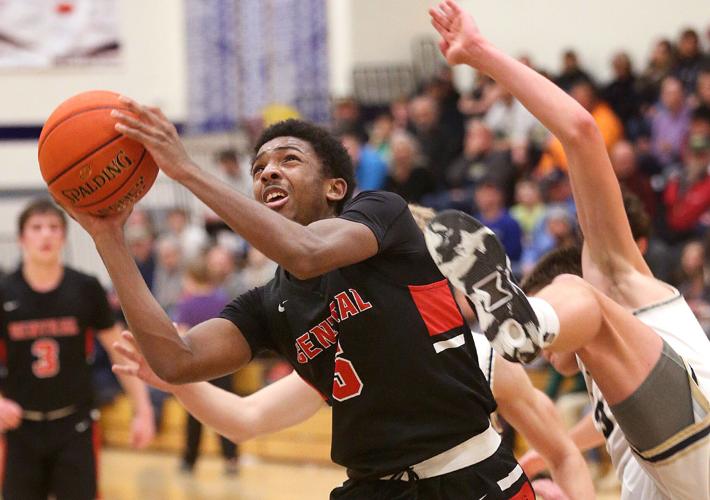 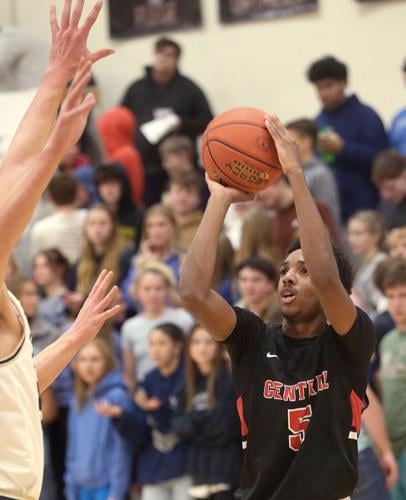 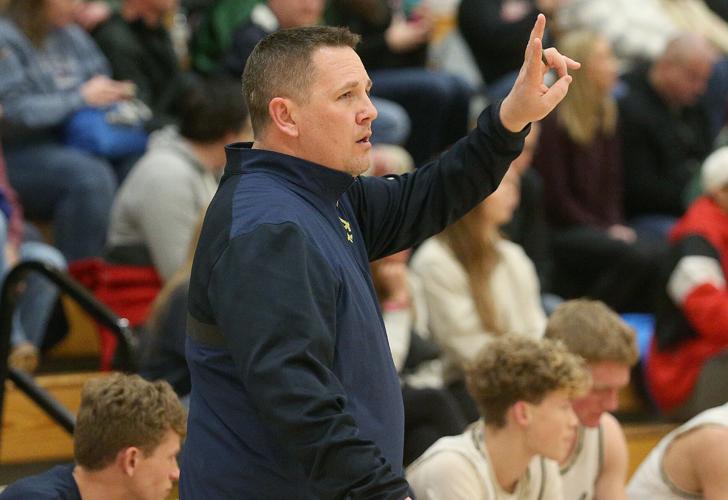 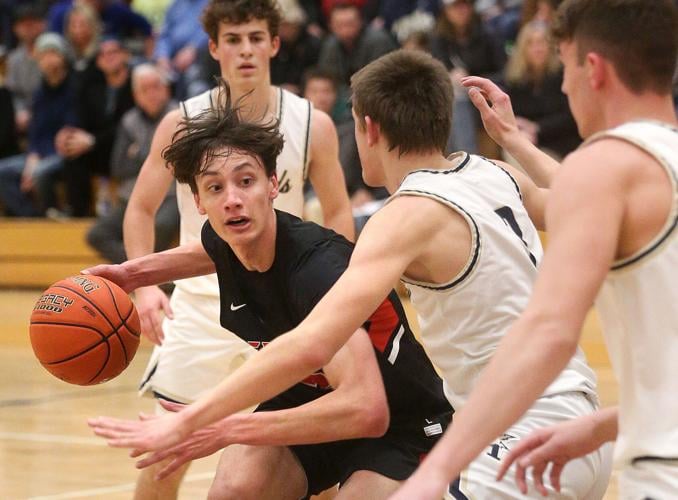 Both the Central and Aquinas boys basketball teams entered their matchup Tuesday night needing to catch their breath and catch a break.

Central entered on a three-game losing streak — all against ranked opponents — and coming off a stretch of four games in eight days. Aquinas was on a two-game skid with injuries mixing up their starting lineup.

With both sides needing a win, the game at Aquinas was naturally another physically demanding struggle. The RiverHawks defense prevailed, limiting the Blugolds to nine points in the second half and winning 42-31 against their MVC in-town rivals.

“I’m just really proud of our guys battling and competing,” Central coach Todd Fergot said. “I thought Aquinas battled and competed like they always do. I’m proud of our guys for hanging in there and staying the course with our defensive principles. We haven’t had many ugly wins this year and in some ways this one was ugly, but I’m proud of them for it.”

The last time Central had entered a game losing three-in-a-row was during the 2010-2011 season when they lost five in a row. The focus wasn't on the losses Tuesday, nor the toll it took on the RiverHawks players.

“We just play one game at a time, whether we win or lose,” Fergot said. “We knew we played four really good teams in a row in eight days. I don’t know if there’s anything special or different, I think our guys just competed, especially in the second half on the defensive end.”

Fried said the stretch may have put a dent in their win-loss record, but overall the physical test of four straight opponents ranked in either Wisconsin or Minnesota will be what helps mold them into a playoff ready team as they hope to make a run back to the WIAA Division 2 State Championship game.

“This stretch has been tough but one of the things we push hard in our program is we don’t make excuses,” Fried said. “We know we schedule a tough schedule every year, we know who we have out there. We don’t make excuses and we can’t let that stuff affect us. We go and play the next game like we’re 100% even if we’re not.”

“This four game stretch is really good for us. It sucks to lose but I think this’ll help us with our growth.”

The Blugolds (11-4, 3-3) played without junior Tanner Peterson, the team’s third best scorer, due to injury. Junior guard Walter Berns had a team-high of just eight points.

Aquinas coach Brad Reinhart acknowledged the difficulty of playing through a lineup change but isn’t hitting the panic button yet.

“Our next guys up have to rise to the occasion and it’s their time to step up,” Reinhart said. “Battling down one or two starters each of those games, we did see some things out of our guys in terms of toughness. While they’re games that go into the loss column, we have seen growth in guys and ultimately it’s about the end goal of ‘how are you playing come playoff time?’”

The RiverHawks led 24-22 at halftime after a 3-pointer by Williams put Central ahead in the final seconds of the first.

The second half saw both teams go through scoring spells, combining to shoot 23% from the field. Central went nearly 10 minutes without a field goal before senior guard Boston Brindley made a layup with four minutes, 20 seconds to go.

The Blugolds got to within two with just under six minutes to play following a Berns basket. Fergot's team shutout Aquinas for the remainder of the game, going on a 9-0 run that was capped off by a dunk from junior guard Henry Meyer.

“We played our defense our way,” Fergot said of the second half. “We were not playing our defense in the first half. I thought we were a little loose defensively and then we dialed in with good pressure and good vision.”

Aquinas struggled with fouls, both committing and drawing them. Berns and junior forward Shane Willenbring each had two fouls in the first half, limiting their minutes. Meanwhile, the Blugolds only went to the free-throw line six times.

“It’s low scoring, so that just magnifies every possession and amplifies it even more,” Reinhart said. “Central does a good job of keeping the ball on one side of the floor and we weren’t disciplined or tough enough to make that decision to get reversals and touches we needed to be able to have success opening up their defense.”

Central gets three days off before returning Friday with a home game against Tomah. Aquinas hopes to end their losing streak Thursday when they visit Holmen.

Macy Donarski likes playing in big games, and the Aquinas High School girls basketball team had one of those with West Salem in town Tuesday night.

Every step of the process for a new program of any kind is exciting, but some are more important or significant.

BLAIR — Senior Lindsay Steien might go down as one of the best in Blair-Taylor High School Athletics history.

HOLMEN — They maneuvered through the smoke, blaring music and darkened Bernie L. Ferry Fieldhouse to slap the hands of the girls who one day w…