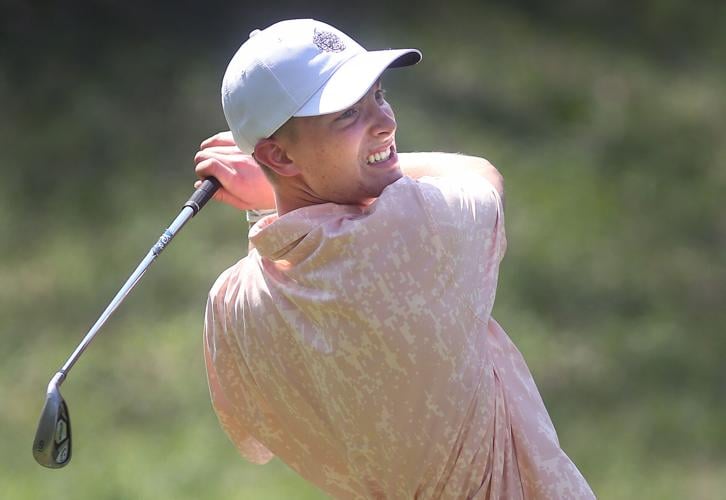 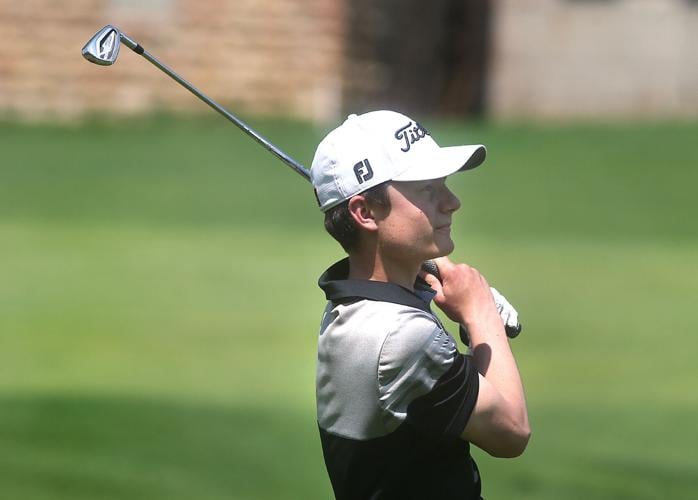 HOLMEN — Mike Antonelli started the season with plenty of goals after what he and his Black River Falls High School golf team accomplished a year ago.

He hoped to be celebrating two of them Thursday at Drugan’s Castle Mound, and Arcadia spoiled part of that.

But no one could stop Antonelli from becoming the Coulee Conference season medalist after he shot a 1-over-par 72 to accomplish that goal.

“I’ve played this course three times now, and I know it’s pretty scorable,” the senior said. “My putter was hot today, and I was hitting mid- and long-range putts. I usually don’t expect to hit the shots that were dropping for me today.”

Sobotta shot an 81 on Thursday to complete his runner-up season finish, but he also led the Raiders to the team championship.

The Tigers won the championship meet but were denied their third straight title by a more consistent group from Arcadia. The Raiders placed third on Thursday but had enough of a lead to hold off Black River Falls.

Arcadia scored 10 points for its third-place finish on Thursday to run its season score to 88. Black River Falls (87) was second and G-E-T (75) third.

“We came into the season knowing we were an underdog team,” Sobotta said. “We had one player (Joey Theis) come in a lot better as a sophomore, and everyone else got better grinding in the summer.

“Everyone had their good meets and bad, but we always had someone to pick us up with a good score, so it worked out well.”

Sobotta’s 81 was backed up by an 86 from Sid Halvorsen, but the 18-hole performance was good enough to hang with Black River Falls and G-E-T on Thursday.

Antonelli was complemented by an 80 from Evan Anderson and an 86 from Wyatt Madvig, and Boden Bratberg checked in with an 86 for the Red Hawks.

Sobotta had a tough start and said he was 6 over par after six holes. A par at No. 7 settled him down a bit, and he played the back nine at 1 over to salvage his round.

Antonelli had four birdies — three on the front nine and one on the back — en route to the low score on a windy and warm day.

“(The wind) really picked up once we got to the par-5 13th (hole),” said Antonelli, who golfed with the No. 1s. “I had to start flighting some shots lower, and it really helps when you get to hit the driver into the down wind.

Antonelli, who was also season medalist as a junior and helped the Tigers qualify for the WIAA Division 2 state meet, said he made a handful of putts that measured 20 feet or longer. He got going with birdies at Nos. 4 and 6 after starting on No. 1 in a shotgun start.

“It always helps a round when you get 2s on the card,” Antonelli said. “Once I get a birdie, I really get rolling with the momentum, and when I birdied (6), I was able to follow it with a birdie on the par-5 (No. 7).”

Antonelli also birdied No. 15 and gave himself a good chance at another on 16, but that short putt didn’t drop.