ARCADIA — Aquinas High School senior Jacy Weisbrod not only scored a team-high 29 points on Monday, she reached 1,000 for her career in a 97-52 nonconference victory over Arcadia.

Weisbrod, a guard who has committed to the University of Northern Colorado, made six 3-pointers and scored 25 points in the first half as the Blugolds improved their season record to 2-0.

Junior guard Macy Donarski, who has committed to Saint Louis, added 28 points for Aquinas, which had a 56-31 lead by the end of the first half. Junior Shea Bahr added 16 points and sophomore Danica Silcox 13 for the Blugolds, who won their 27th straight regular-season game.

Aquinas made 15 shots from the 3-point line, and the Raiders (0-2) added 12. Junior Autumn Passehl made five 3s and scored a team-high 29 points for Arcadia. Teammate Breah Golden added three 3-pointers and 13 points.

Bahr made four 3-pointers, and Donarski and sophomore Maddie Murphy added two each.

HOLMEN — Senior guard Ella Jordan scored 12 of her 18 points in the first half, and senior Ally Gilster had 12 of her 16 in the second half and made three 3-pointers as the Panthers (3-0) remained unbeaten.

Senior Marissa Baker scored all nine of her team-high points for the Vikings (1-2) in the first half. Senior Kelsie Reibel added seven.

Senior Taneea Henderson scored 11 points for West Salem, which led 36-30 at halftime and only 38-34 with 14 minutes remaining.

ONTARIO — Junior Hanna Nelson scored 19 points for the Norsemen (2-1), who had a 38-5 halftime lead after holding the Falcons to two first-half field goals.

Vanessa Anderson scored 11 of her team-high 14 points in the second half for Brookwood (0-2). Junior Aubrey Jothen added nine points for Westby.

BLACK RIVER FALLS — The Tigers fell to 0-2 on the season.

Jaden Hammes scored in the third period off an assist by McKenna LaFleur, but the Onalaska co-op didn’t find the equalizer.

Elsa Mitchell made 18 saves between the pipes for the Hilltoppers.

Macy Donarski drives to the basket

Gracie Cronk goes to the basket

Fiona O'Flaherty puts up a shot

Gracie Cronk gets tangled up with a pair of Westfield defenders

Eli King has played enough basketball to know how, when and where to help his Caledonia High School boys basketball team. 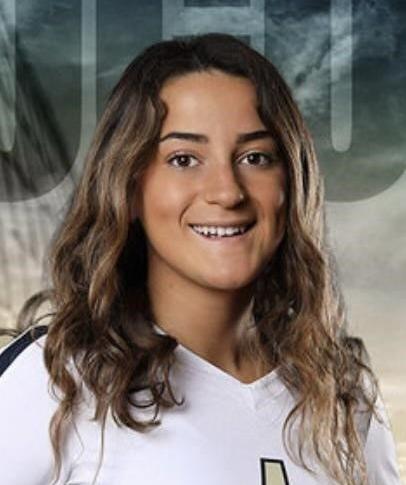