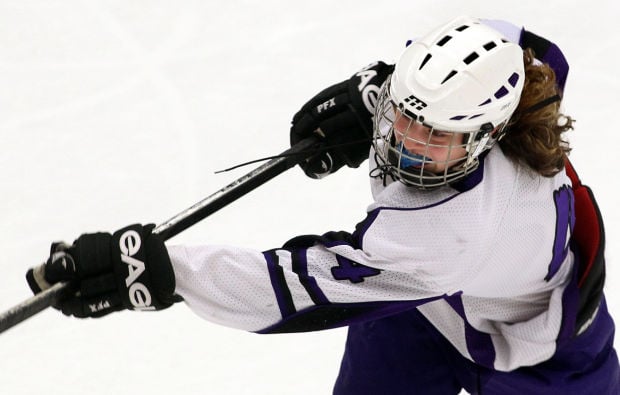 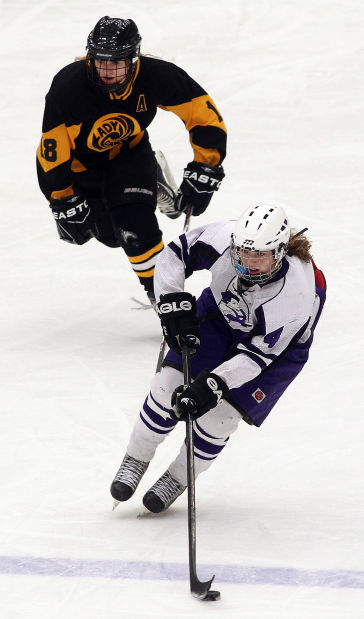 Onalaska co-op's Jacyn Reeves is trailed by Hayward co-op's Aly Tremblay as she skates with the puck during Saturday's WIAA state final game at the Alliant Energy Center in Madison. PETER THOMSON photo 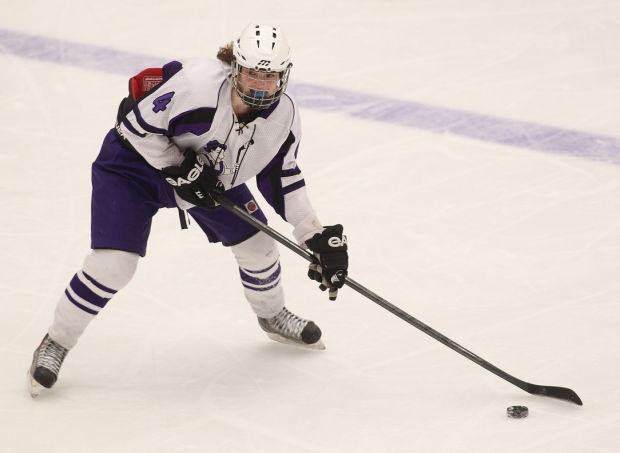 ONALASKA — When the right opportunity comes around, why wait?

Jacyn Reeves, despite having another year to decide, saw the perfect situation and pulled the trigger. The junior for the Onalaska co-op girls hockey team verbally committed to Union College, a NCAA Division I hockey program in New York.

“I fell in love with the school right away,” said Reeves, a junior at Holmen High School. “My parents said if you love (the school), why wait? So it just felt right to me.”

Reeves, who had 33 goals and 19 assists last season, said she has no ties to New York, but she said she is looking forward to the experience.

“She’s got the speed,” Hilltoppers coach Tim Franzini said. “You can’t teach speed, so that’s a huge asset. She’ll learn some of the other finer points, but I think she’s going to do very well.”

Reeves also recently visited Minnesota State-Mankato and Bemidji State, both NCAA Division I programs, but she still found herself drawn to Union.

Ivy League schools don’t offer scholarships, so Reeves won’t be receiving any money from the women’s hockey program, but she said she will seek academic scholarships.

“I’m really excited,” said Reeves, who has a team-high five assists this season with the Hilltoppers (2-0). “I think I will be able to play with them at that next level but I’m really looking forward to the experience and to learn some new things.”

Union, which finished 7-23-4 last season, is in its 11th season as a Division I program. It competes in the Eastern College Athletic Conference where it finished 0-18-4 last season.

“I had a personal goal to decide on a college before the end of my junior year so I didn’t have to worry about it my senior year,” Reeves said. “I just want to focus on playing and getting better.”

Onalaska co-op's Jacyn Reeves is trailed by Hayward co-op's Aly Tremblay as she skates with the puck during Saturday's WIAA state final game at the Alliant Energy Center in Madison. PETER THOMSON photo