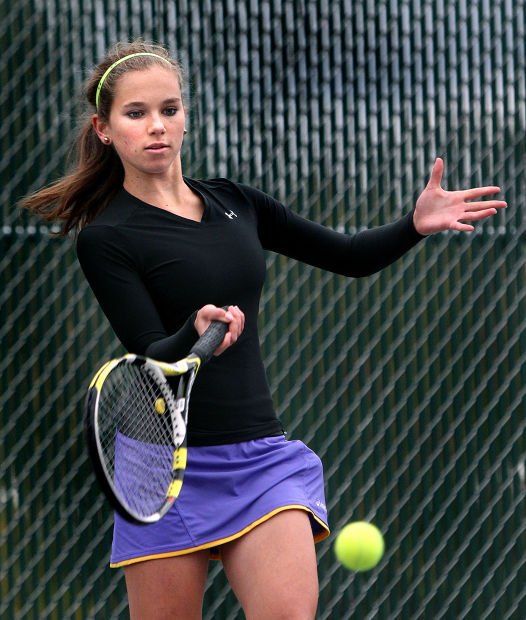 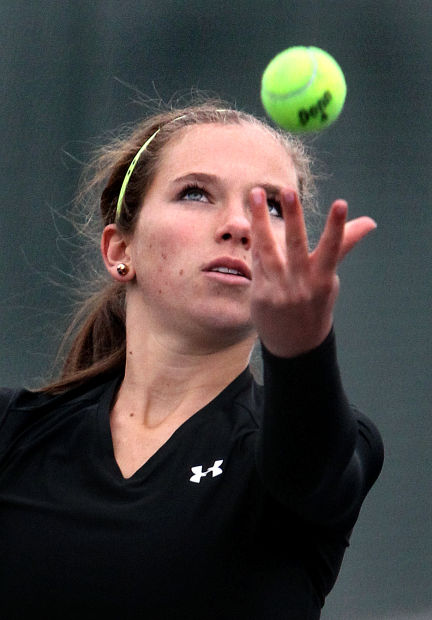 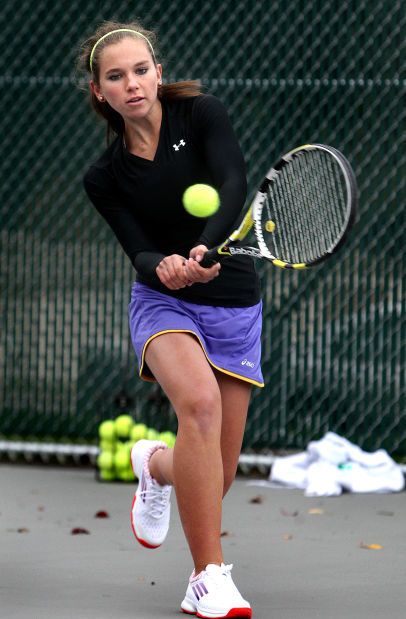 ONALASKA — Shannyn Waltz has almost always been ahead of the curve, especially when it comes to tennis.

The standout for the Onalaska High School girls tennis team picked up the game at the age of four and ran with it.

It all began with her using her father, Pete, as a hitting partner and blossomed into a WIAA Division 1 state tournament berth this season as a sophomore.

Despite being one of only 18 sophomores and freshmen in today’s singles field of 56, she feels right at home.

“I’m really excited because I worked really hard to get here,” said Waltz, who enters the tournament with a 25-3 record. “It’s just a really rewarding feeling.”

However, it’s no surprise that Waltz has emerged to be one of the premier players in the area.

In her freshman season, Waltz was already anchoring the Hilltoppers as the team’s No. 1 singles player, where she finished with a 22-6 mark. It included going head-to-head with Logan’s top singles player, Meredith Holt, who qualified for state last season as a senior.

“I’ve known all along that Shannyn was going to be someone that strides to do her best at tennis,” Hilltoppers coach Kurt Gutknecht said. “She has two older sisters (Kelly and Gretchen) who played for me as well, and she would tag along wherever they went. You could see that she was more interested in not watching them, but actually playing herself while they were playing.

“If you really want to do well, you have to keep practicing at it.”

Her work ethic has been second to none.

Whether she’s hitting around with a partner or competing at USTA (United States Tennis Association) competitions, she is always striving to grow as a player.

“My dad started hitting with me when I was four and then I started taking lessons,” Waltz said. “I just really fell in love with the sport.”

Even before she was headlining the Hilltoppers’ singles lineup, she was competing regionally with some top players from Wisconsin and Minnesota at USTA competitions.

“The USTA girls are like me where they want to get noticed by colleges and stuff,” Waltz said. “They’re pretty good and the level is a little bit higher than the competition around here.”

Waltz said she’s on a few schools’ radar, but hasn’t had any formal communication with college coaches. Instead, she focused more on her high school career and qualifying for state.

And who better to learn from than a former state qualifier?

“(Holt) was my main hitting partner this past summer,” Waltz said. “She’s definitely helped me get to this point.”

Waltz said she even teamed up with Holt to compete in a doubles tournament in Rochester, Minn., over the summer.

“We’re pretty good friends now,” Waltz said of her and the former Rangers’ standout. “It’s helped us get closer.”

Now, Waltz is hoping it helps her at the state tournament, which she will begin at 10:30 a.m. today against Green Bay East senior Valentina Gisbert at Nielsen Tennis Stadium in Madison.

Gutknecht, a longtime coach for the Hilltoppers, said Waltz is only the second sophomore in the program to qualify for state in singles since he’s been coaching.

The first was Maddie Johnson, who qualified for state all four years (2008-2011) with the Hilltoppers, including consecutive runner-up finishes as a junior and senior. Johnson, who recently won the Missouri Valley Conference singles title while playing for Drake University, lost in the 2011 state high school championship.

Elizabeth Konon of Homestead is the top seed in today’s tournament and would be Waltz’s opponent in the second round. But Waltz isn’t looking that far down the line. In fact, she’s not even focused on her opening-round opponent. Instead, she’s concentrating on her own game, which is exactly what Gutknecht wants out of her.

“She has all of the tools necessary to become a really good player, it’s just knowing when to use the shots and to have confidence at all times using those shots.”

That confidence will come with experience, beginning today when she makes her state-tournament debut. And she’s taking a few tips she received from Holt.

“She just says focus on your own game,” Waltz said. “Stay confident and try your best.”