Become a Member
Read Today's E-edition
Share This
Cole Sweitzer, Middleton boys volleyball eager to be back in front of fans, make another playoff run
0 Comments
Share this
1 of 3 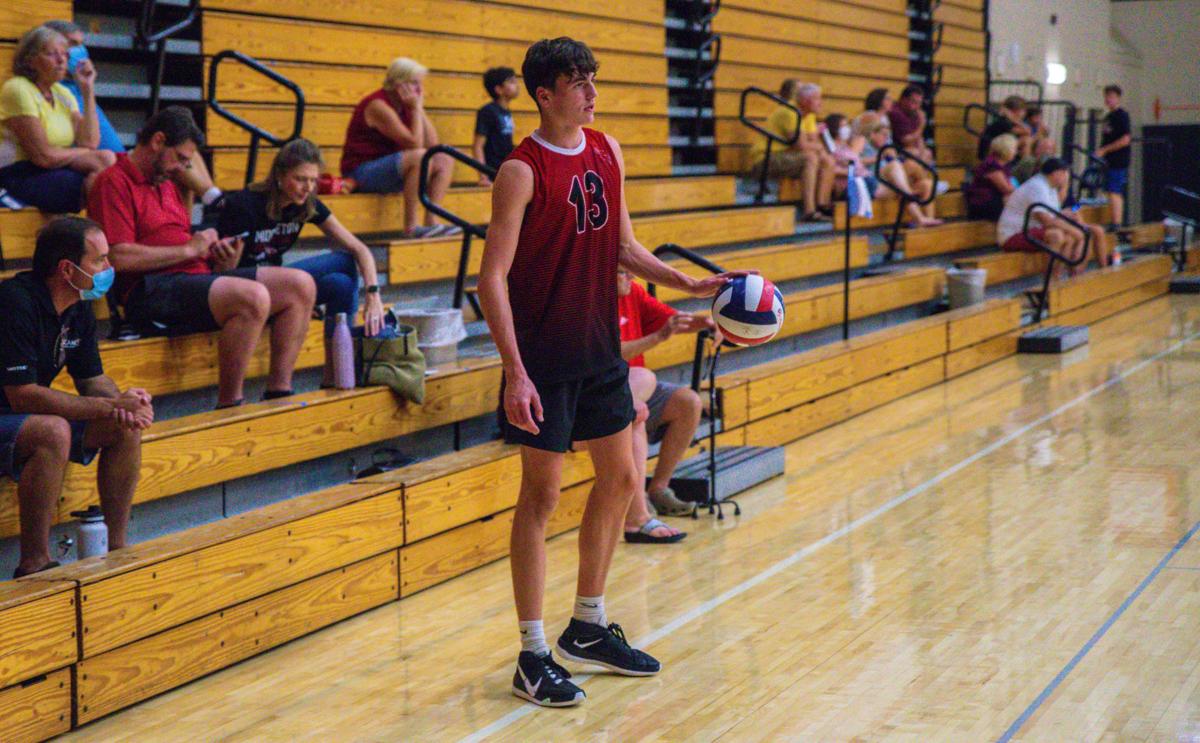 Cole Sweitzer had 13 kills and six digs in the alternate fall WIAA state championship in the spring. The senior attacker is back leading Middleton. 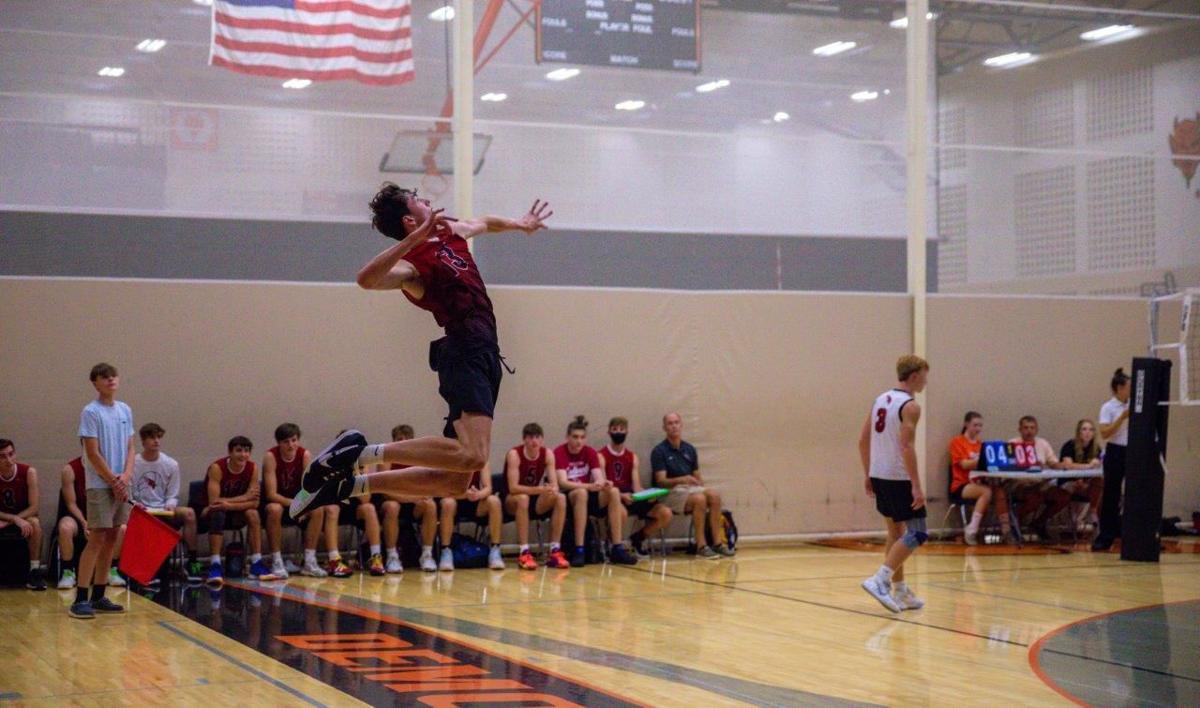 Middleton attacker Cole Sweitzer jump serves. The senior is a pivotal piece in the Cardinals' plan to make another deep playoff run this fall. 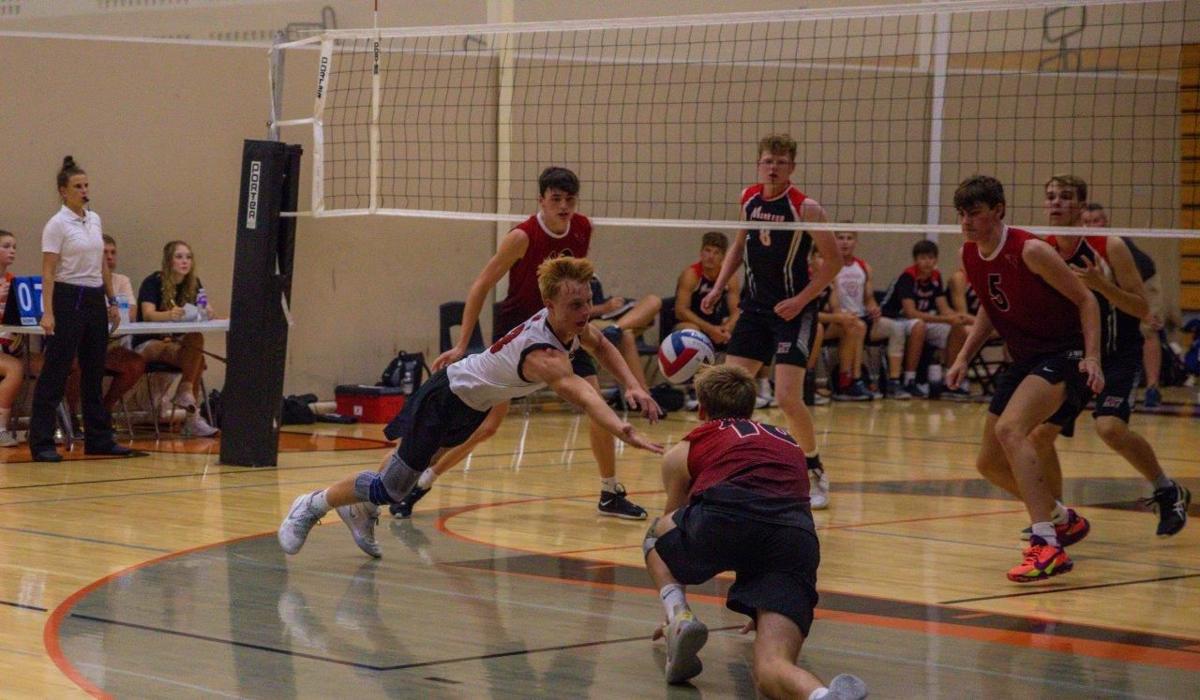 TAMIRA MADSEN For the State Journal

The Cardinals didn’t see many fans in the stands due to the COVID-19 pandemic, but that dynamic changed in Middleton’s state title match April 18 against Kimberly at Kaukauna High School.

“There was a crazy amount of people just coming there to support us, and that was a cool experience to have a big community behind us,” said Sweitzer, who had 13 kills and six digs in the final.

Once the Cardinals shook off the disappointment, they embraced the fact the state runner-up performance marked the best finish in program history.

Middleton is prepping for a quick turnaround for its regular-season slate of matches. The Cardinals, ranked fourth in the Wisconsin Boys Volleyball Coaches Association Preseason poll, lost seven seniors through graduation.

Rob Kleinschmidt, in his second year as Middleton coach, said the team has a strong corps to rely on, including Sweitzer, the team’s leading attacker last season. Sweitzer and senior libero Colton Tubbs were selected team co-captains last week.

Sweitzer organized a group of teammates to play in a league at KEVA Sports Center and sand volleyball at Middleton Hills Park during the summer.

Sweitzer, who’s also been in track and played basketball, started competing in volleyball as a freshman. With an aim to take his game to a new level, he joined the Milwaukee Volleyball Club in addition to participating in all all-star event in Florida with USA High Performance, a junior Olympic development organization.

“Cole’s a humble kid who works really hard,” Kleinschmidt said of the 6-foot-4 senior. “He’s a player who has a really high top end and he’s doing a lot to reach for it.”

Other players Kleinschmidt anticipates to vie for playing time are junior Kaden Fosdick and seniors Ryane Frank and John Kruchten at the middle hitter position.

Senior Mike Roach and sophomore Erik Jones are interchangeable at middle hitter or outside hitter, and senior Ben Heise will compete at right-side hitter.

Kleinschmidt said he’s impressed with the abilities and buy in from top to bottom of the entire Middleton program.

“We have a number of players who are very good at what they do and are able to compete at a high level,” he said. “That allows us to keep challenging ourselves as the season goes on.

“One of the things we put there in our first year as a motto for our program is to compete but care. We’re all on the same team and we’re all trying to get each other better.”

The Cardinals persevered through adversity during the alternate season in spring, earning a 10-3 record. The team quarantined for 10 days due to a spate of positive COVID tests, which forced postponements of five Middleton matches.

Tubbs, who did cardio workouts and ball control drills with family members during quarantine, will compete on the varsity squad for a third consecutive season.

Tubbs said Kleinschmidt acclimated well and has become a terrific motivator. Kleinschmidt was named coach in August 2020 to permanently replace Ben White, who stepped down in 2019 after 19 seasons.

Camaraderie has been a staple of the Middleton program, and Tubbs compares the team bond to a family one. He said Kleinschmidt stepped in and kept things moving in the right direction.

Cole Sweitzer. Isaac Seip. Just two of the big names this season that are leading Madison-area teams this season.

Cole Sweitzer had 13 kills and six digs in the alternate fall WIAA state championship in the spring. The senior attacker is back leading Middleton.

Middleton attacker Cole Sweitzer jump serves. The senior is a pivotal piece in the Cardinals' plan to make another deep playoff run this fall.