Biden in Wisconsin: President lands in Madison in first stop after State of the Union address 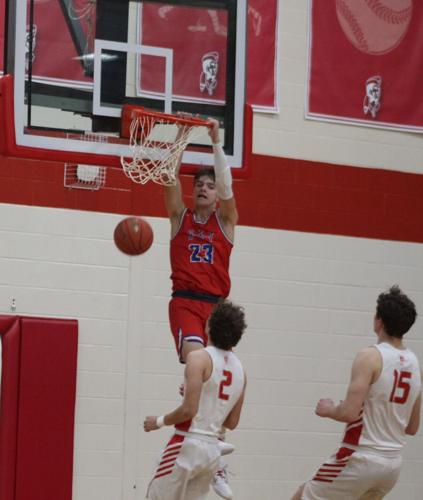 G-E-T junior Cody Schmitz throws down a dunk during a 68-62 nonconference win over Logan on Thursday. Schmitz scored 35 points, grabbed 15 rebounds and is averaging 34 ppg this season. 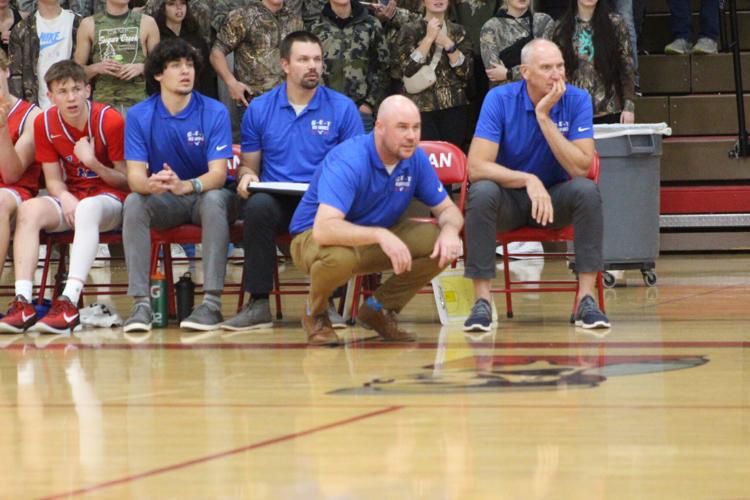 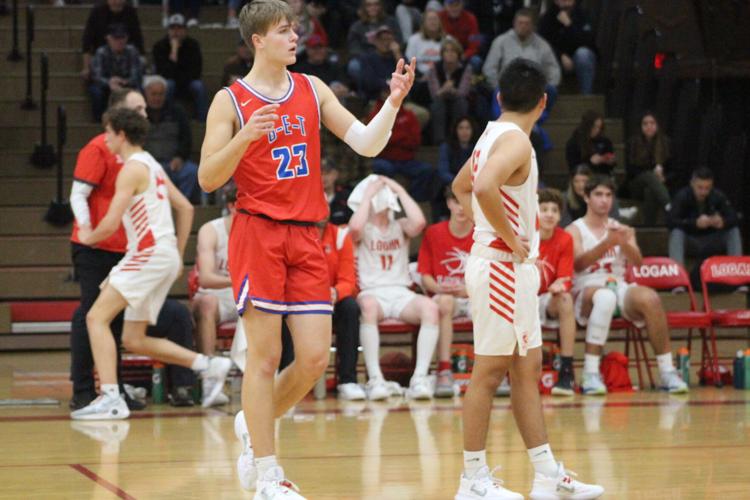 The Gale-Ettrick-Trempealeau High School boys basketball team got to take a bigger look at how it plays without star Cody Schmitz on Thursday.

The Red Hawks battled through a choppy first half with Schmitz picking up three fouls and built enough of a lead in the second half to withstand some hit shooting by Logan at the end of a nonconference game at the Logan fieldhouse.

Schmitz then returned with 15 of his game-high 35 points over the final 2 minutes, 49 seconds to help G-E-T finish off a 68-62 victory over the Rangers.

Logan (0-1) trailed by as many as 16 points in the second half, and it looked like the Red Hawks (2-1) were safe after a Braden Anibas steal and assist for a Schmitz dunk gave the Red Hawks that 44-28 advantage with more than 11 minutes left in the game.

But things got much tougher on G-E-T, especially after Schmitz picked up his fourth foul with 9:12 left. The Rangers scored seven of the next eight points to tighten things up and kept the heat on G-E-T with six 3-pointers over the final 3:16.

"Logan battles us tough every year," G-E-T coach Jared McCutchen said. "Anytime we can come out of here with a win, it's a big deal to us."

Senior Eli Stovall made three of the late 3s, and senior Justis Arellano made two. The Rangers were within five points of the Red Hawks three down the stretch, but Schmitz never let them get over the hump.

The junior exited the game after his fourth foul and walked back on the court after a Scotty Grossbach basket cut G-E-T's lead to 51-41 with 4:36 remaining. A basket from Arellano, who scored a team-high 25 points, had Logan within 52-46 before Schmitz scored his team's next 15 points.

"He was pretty tired at the end of the Mauston game," McCutchen said of Schmitz during an overtime loss to the Golden Eagles on Tuesday. "He had more energy at the end of this one after sitting on the bench with the fouls, and he just went and got this."

Schmitz also had 15 rebounds, five of which came down the stretch and kept the Rangers off the offensive boards when they did miss.

"I wanted to be a team player and win this game as a team," said Schmitz, who is averaging 34 points per game. "Whether it's assisting on a shot, taking control with a rebound or being strong with the ball and making free throws."

Schmitz made 9 of 12 attempts from the foul line and scored three times in the lane over the final 2:19. One of those baskets came on a steal and dunk with just under two minutes on the clock.

Senior Will Mack added 14 points and made three 3-pointers for the Red Hawks, and Stovall scored 17 with four second-half 3s for Logan.

"We feel great about the guys we have, and we know they will give 100 percent effort like they did at the end of this game," Logan coach Sam Zwieg said. "We didn't have a great first half, especially shooting the ball."

The Rangers gave themselves plenty of extra first-half shots by successfully hitting the offensive boards, but shot after shot came up short or bounced off the rim before they found themselves in a 23-8 hole. Arellano played a big role in bring the Rangers back with his aggressiveness, shooting and ball movement.

IN PHOTOS: Girls Basketball...C-FC vs G-E-T

A Battle in the Lane

Alexis Pronschinske at the Line

Emma Mann with the Layup

Battle for the Ball

G-E-T junior Cody Schmitz throws down a dunk during a 68-62 nonconference win over Logan on Thursday. Schmitz scored 35 points, grabbed 15 rebounds and is averaging 34 ppg this season.