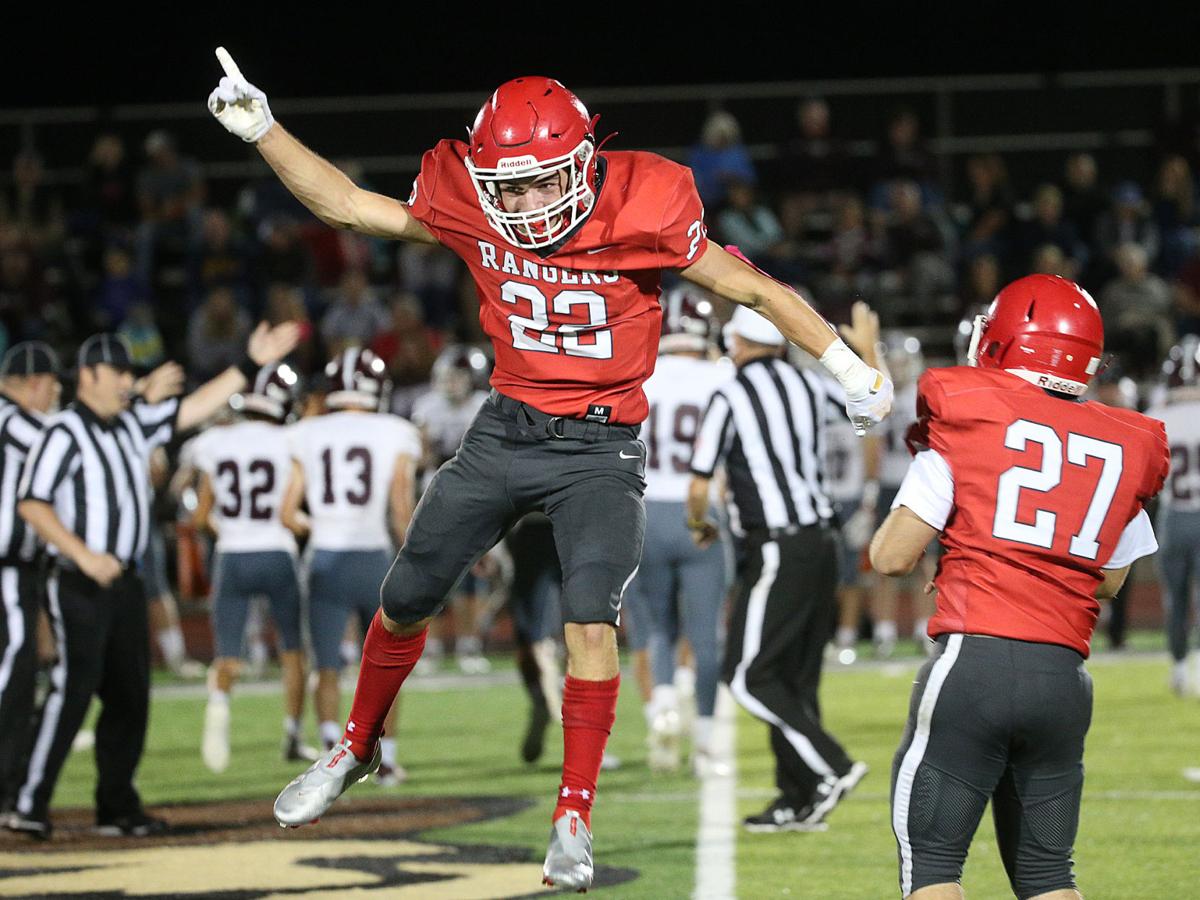 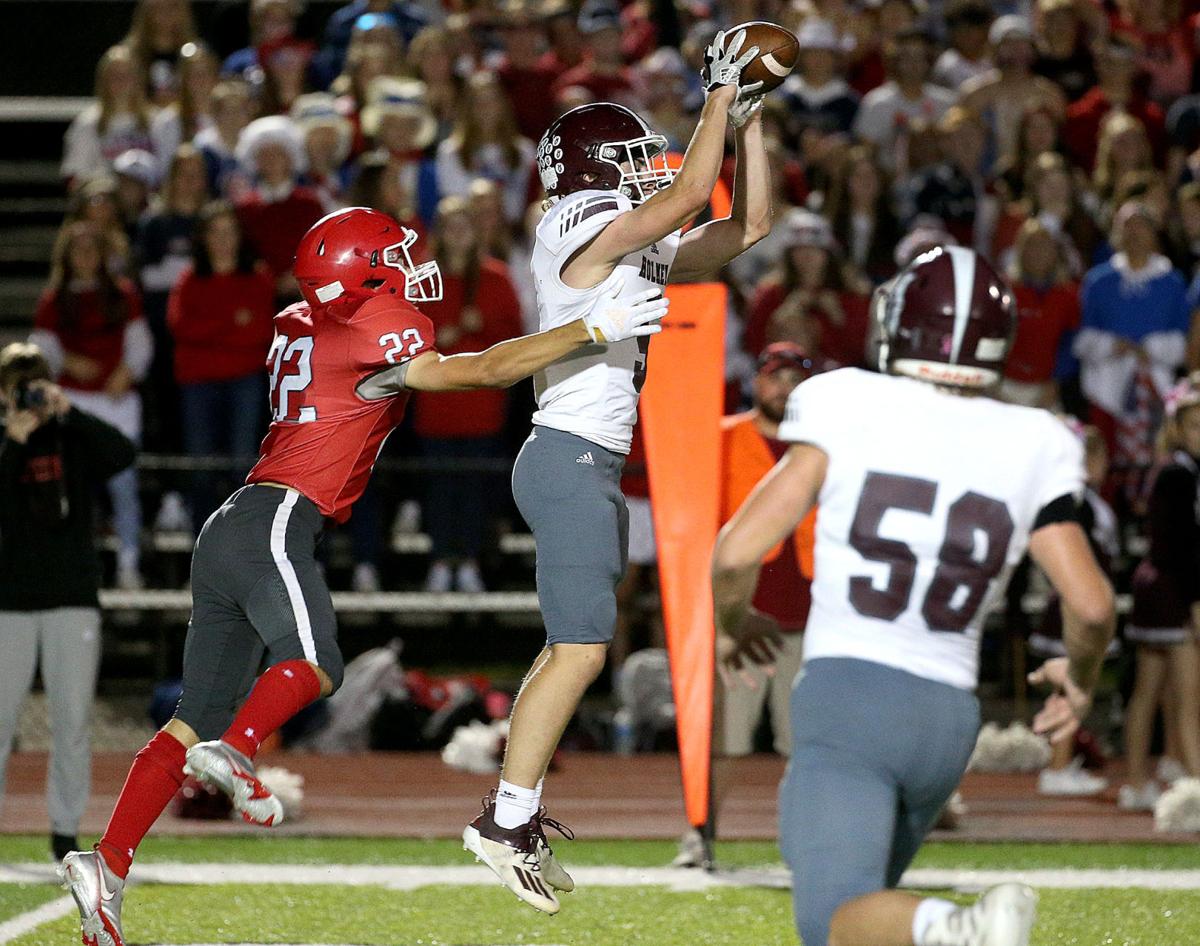 The last time Danil Roberts lined up to kick a field goal that counted for the Logan High School football team, it was blocked.

Good kickers can erase those experiences from the their minds, and Roberts had to find a way to do that as he trotted onto Swanson Field amid a rolling fog in and took center stage Friday night.

A large crowd surrounded him and screamed both for him and against him as Holmen jumped up and down opposite the line of scrimmage, which was the 10-yard line.

A Holmen timeout arranged time for nerves, but there were none on the ensuing snap, hold and kick. Roberts was at the back end of that and booted the ball through the goal posts to give the Rangers a 25-22 overtime victory that may just have kept their postseason hopes alive.

“I was chilled out on the sideline, but I was stressed because it was my first field goal attempt of the season,” Roberts said of the 20-yarder that followed a defensive stand by Logan. “Everyone did his job, It was a perfect snap, a perfect hold, and it was a routine kick that I do every day.”

But it was more than that for Roberts, who helped the Rangers improve to 3-5 overall and 2-4 in the MVC.

“It was the experience of a lifetime,” he said.

The Rangers gave themselves life with one game remaining on the schedule. A win over Central (6-2, 4-2) as they play for the Ark of Victory next week would give them a chance to earn a spot in the upcoming WIAA playoffs with a 3-4 conference record.

Holmen (2-6, 2-4) was trying to pick up that third conference victory and give itself a chance at a fourth next week to clinch a playoff spot. The Vikings now have to beat West Salem (6-1, 5-1) to even get a shot at a a 12th straight postseason appearance.

Roberts received his memorable opportunity after Logan rallied to tie the game with 43.9 seconds left and stopped Holmen on downs during the first overtime possession.

The Vikings looked like they were going to force a second overtime after pulling quarterback Johnny Leaver down for a 5-yard loss to force third-and-14 from the 29, but Leaver lofted a pass down the field that was defended pretty well and tipped into the air but caught by Logan freshman Jacob Hackbarth at the 9.

The Rangers moved as close at the 1 but a penalty and short pass led to fourth down at the 3 and Roberts’ winning kick.

“He’s a very good kicker,” Logan coach Casey Knoble said of Roberts. “We always told him in practice that one day he was going to make a winner for us, and tonight he did it.

“What a great kick.”

It was all made possible by the Rangers’ ability to capitalize on turnovers. Holmen lost two fumbles, couldn’t control a punt and walked away without the ball after a Logan onside kick.

The Vikings took a 22-14 lead after Hayden Goodell returned an interception down the sideline for a touchdown late in the third quarter and followed it up with a defensive stop that gave them the ball at Logan’s 36 early in the fourth. Braedon Graw, who carried 11 times for 87 yards, covered that distance on two carries and scored from the 5 for the eight-point lead with 11:22 on the clock.

Troy Knutson and Myles Boayue then ended Logan’s next possession with sacks, and Holmen drove inside the Logan 30 for what appeared to be the score to put the game away. But a fumble was recovered by Logan’s Curtis Leaver, and the Rangers were off.

Josh Waite, who completed 19 of 26 passes for 208 yards, had a 12-yard run, a 19-yard pass completion to Johnny Leaver and 16-yard throw to Ryan Bye along the way. The completion to Bye moved the ball to the 1, and Holmen stuffed Sam Veenstra twice before Martell Owens plowed in on third down and Waite completed a conversion pass to Nick Gavrilos.

The turnover was just what Logan needed as the Vikings went for the jugular.

“We needed a stop and we couldn’t let them score again,” said Owens, a defensive lineman. “We had to go in there hard and try to make some turnovers tonight. Our goal was five, and we executed.” 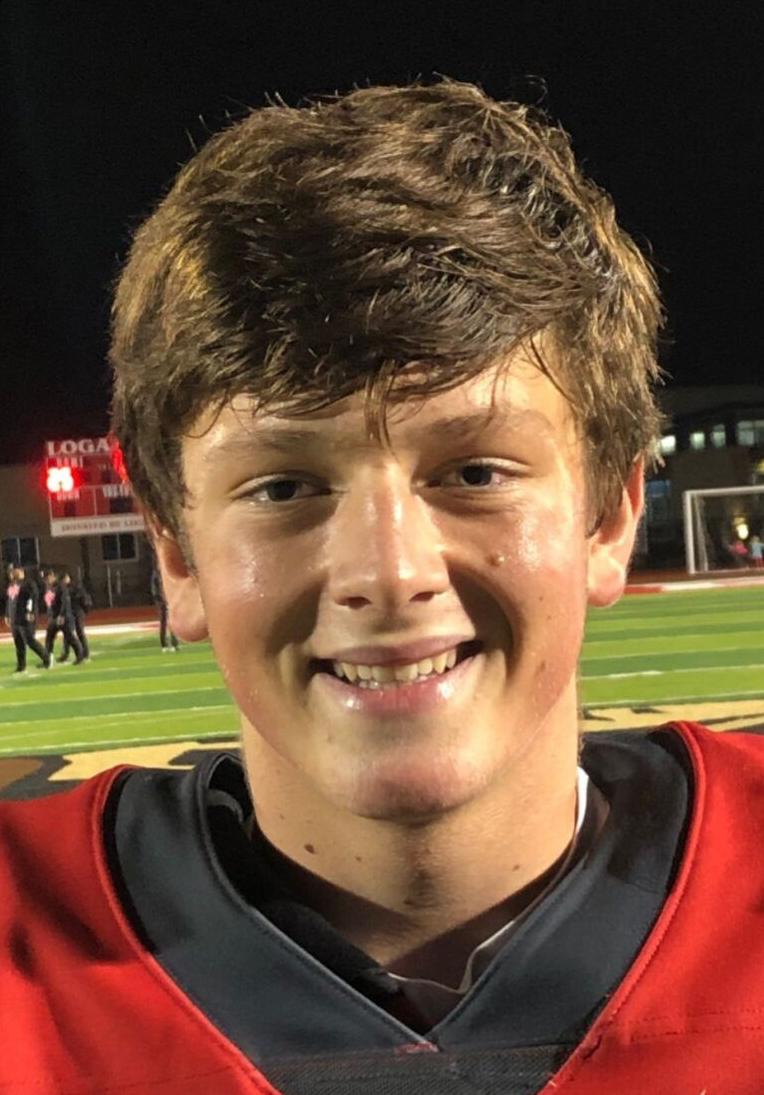