The West Salem High School junior knew the play call was a good one because it had worked before, but even the big hole that opened up to his right as he tucked the ball under his arm and ran didn’t lead him to believe he was about to give the Panthers a lead.

Adam Skifton circled back from the outside and made a dive at McConkey, but the quarterback ran through his extended arms at the 25-yard line. Ben Faas got his hands on McConkey’s shoulders at the 10, but that couldn’t stop him, either.

McConkey didn’t hit the ground until he crossed the goal line and celebrated with his teammates a 39-yard touchdown run that gave them an exciting 32-28 MVC victory over Onalaska on Friday.

“We were running that play the whole game and scored a touchdown on it earlier,” McConkey said. “I pulled it down, saw Jesse Loging out there ahead of me, and he got his block.

“I had one guy ahead of me and didn’t think I was going to make it, but somehow I got there.”

The touchdown, which came with 1:23 remaining and answered a 3-yard touchdown run by Onalaska’s Ayden Larson with 2:09 left, was followed by a big play on special teams as the Panthers improved to 5-0 overall and 4-0 in the conference.

The Hilltoppers (3-3, 2-2) never received another chance with the ball. West Salem’s kickoff was a line drive that was knocked down around the 30-yard line but not corralled by Onalaska. CJ McConkey came sliding in on the loose ball and recovered it to allow the Panthers to run out the clock.

“Coach just put me in to get the tackle, but they dropped the ball,” CJ McConkey said. “I had the chance to recover it, and I got it.”

Onalaska was able to run up 376 yards against a defense that had only allowed 14 points in four games, but it couldn’t get enough defensive stops against a West Salem offense that had 363 yards and seems to get better every passing week.

“We ran 60-some plays to their 30-some,” Onalaska coach Tom Yashinsky said. “We did what we had to do, but they just hit too many explosives. That was the name of the game. You have to get stops, and we didn’t.”

Brett McConkey was instrumental in the explosive plays that made a difference and kept the Panthers tied with River Falls (4-3, 4-0) for first place in the conference. The Panthers travel to play the Wildcats next week.

The trick play immediately followed an Onalaska fumble that was recovered by Loging at the Hilltoppers’ 37. Brett McConkey handed the first snap to CJ McConkey, who ran to his right and pitched the ball to Johnson coming the other way.

Johnson, a lefty who played quarterback on the freshman team, lofted an easy throw to a wide open Brett McConkey on the left side of the field for a touchdown that gave West Salem its first lead at 12-7.

“We just put that in this week,” Brett McConkey. “We ran it once or twice in practice, and all I was thinking when we ran it tonight was, ‘Oh, please, don’t drop the ball.’

“It was right there. Andy threw a good ball, and I caught it.”

Onalaska focused its attack around junior Nick Odom, who had five catches for 68 yards and nine carries for 35 more and a touchdown. The Hilltoppers tried to get the ball in his hands several ways and had success doing it.

Sophomore Brady Kuhn carried 19 times for 95 yards. Larson, who completed 12 of 20 passes for 162 yards, ran the ball 14 times for 67 yards and three touchdowns.

While West Salem’s defense probably didn’t perform the way it wanted to, it stopped the Hilltoppers on a key possession in the second quarter — a first down at the 10 was followed by four incomplete passes — that kept the Panthers in front 12-7 going into halftime. 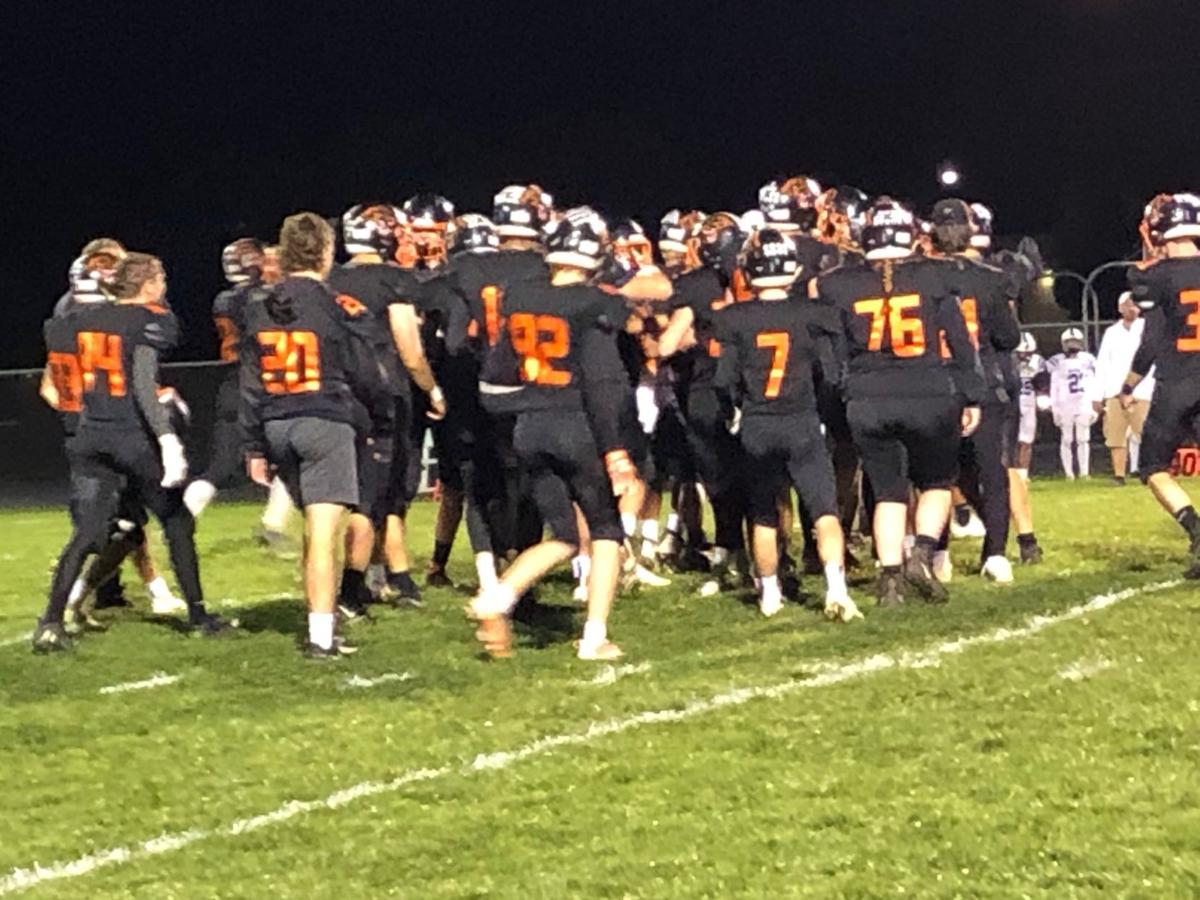 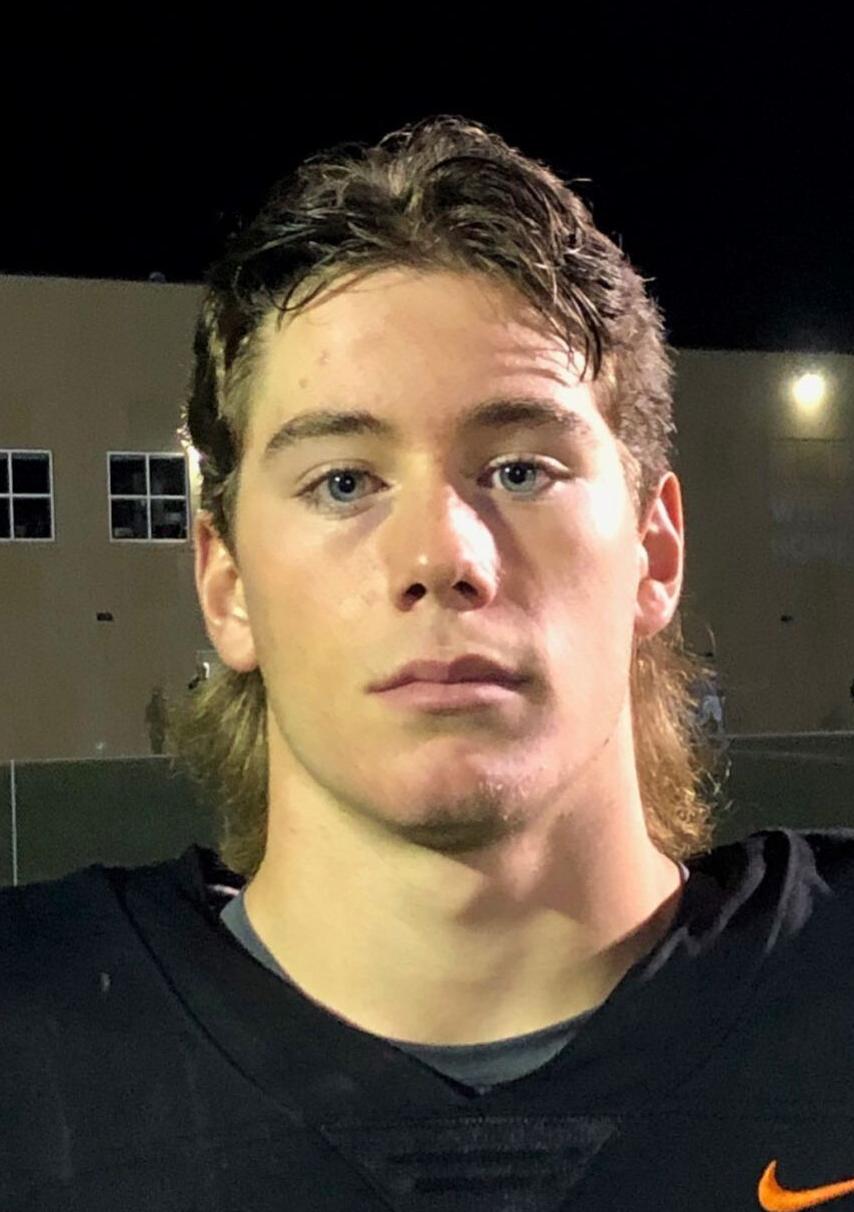