For too long, Matt Dumba felt he was on his own dealing with racial taunts directed at him as a youngster growing up in Saskatchewan.

It was no different for Dumba as an adult, one of just a handful of minority players in the National Hockey League. Even in a circle of his fellow players, the Minnesota defenseman was alone in dropping to one knee on a global stage to silently protest systemic racism.

Some two years since that iconic moment as the league resumed the pandemic-delayed playoffs in Edmonton, Alberta, Dumba has gained some perspective to know he has, in fact, not been alone.

“I’m the first one to say our generation, everything with the phones, social media, it’s not an easy world to live in,” Dumba told The Associated Press during a recent interview before shifting his gaze to the past.

“But back then, segregation and just how people of color were treated, it really gives you a different perspective on things, and just how much they did for us to even be in a position where we can make our impact felt in the present,” he added. “It’s all of us as a collective, everyone pulling on this rope to better the game.”

Dumba is referring to not only his peers, including members of the Hockey Diversity Alliance he helped establish in the wake of George Floyd’s death at the hands of Minneapolis police in 2020. The 28-year-old player with a Filipino mother and white father is also referring to those who endured many of the same taunts and confronted intolerance since hockey’s earliest days.

He came to this realization while taking part in the filming of the 90-minute documentary titled “Black Ice,” which is set to be released Friday.

The movie ties the past to the present by first highlighting the inroads made and struggles encountered by members of the Nova Scotia-based Coloured Hockey League. Established in the late 1800s and lasting until the 1930s, the league is credited for introducing the slap shot and allowing goalies to leave their feet to make saves but was nearly forgotten until being featured in a book of the same name that was published in 2004.

As for the present, the film documents first-hand experiences in revealing just how marred by hate hockey remains in affecting current players, from the NHL to 16-year-old goalie Mark Connors, the son of mixed-raced parents who faced racial slurs while competing in a tournament in Prince Edward Island in February.

For Dumba, the reality he and others have faced hit home when watching the late Herb Carnegie break down in tears during a television interview in response to Toronto Maple Leafs founder Conn Smythe reportedly saying he’d pay anyone $10,000 if they could turn Carnegie white in order to sign him.

“It’s not right,” Dumba said of Smythe, whose name is on the trophy awarded to each season’s playoff MVP. “People are seeing that. And people are also recognizing now that, really, in a different way, it’s still happening, which is the saddest part of all.”

The NHL is a sport wrangling with issues of diversity and inclusion, with Dumba among those saying the league has been slow to adapt and grow. After being turned down by the NHL for financing two years ago, he said, the HDA launched its own program this spring to bring hockey to under-served communities in Toronto, similar to what Skillz Hockey founder Kirk Brooks has done locally for the past 25 years.

”(The NHL) has been taking about diversity since ’93, but they don’t seem to know what to do with this," Brooks says in the film.

Added Dumba: “It just goes back to everything that’s been done for a long, long time in the same fashion. You know, the old boys’ club and them dictating who is and who isn’t welcome. Yeah, I’m sick of it.”

Hockey as a whole has been slow to diversify, though there have been recent signs of progress.

Five years ago, Kim Davis, a Black woman, was hired by the NHL to serve as a senior VP, and she has since helped established the league’s executive inclusion council to focus on improving diversity.

The NHL is in the process of doing an internal race and gender report that is expected to be released soon. Richard Lapchick, director of the University of Central Florida’s Institute for Diversity and Ethics in Sport, is then expected to turn it into a report card as he's done with other leagues.

“If we want to see a shift in hockey culture, if we want to see hockey grow, the NHL really needs to take diversity, anti-racism and inclusion very, very seriously,” said Nurse, who is Black and whose cousin, Darnell, is an NHL defenseman. “They need to be the leader.”

Too often, she's watched friends turn their children to play soccer or basketball, rather than hockey.

Expense is a reason, Nurse said, but so is the lack of role models for children of color.

Nurse has emerged as one of those role models. This summer, the Olympic gold medalist posed alongside Anaheim Ducks forward Trevor Zegras in becoming the first woman to grace the cover of EA Sports NHL video game.

Dumba grew up idolizing Paul Kariya and Jarome Iginla, who are both of mixed-race descent. He recalled having dinner a few weeks ago with HDA colleague Nazem Kadri, a standout NHL forward and the son of Lebanese immigrants. A young boy of color walked by and stopped his parents to have pictures taken with the two.

“You can kind of get a little bit of a glimpse into the impact we’re actually making. That’s what makes it worth it,” Dumba added. “I do believe that's why we're all doing this. It's for that next generation, so they feel that they do have a voice and feel like they're not alone.”

Nicknamed "The Golden Jet" for his speed and blond hair, he posted 13 consecutive seasons with 30 goals or more from 1959-72.

Hall of Famer Bobby Hull, the Golden Jet, dies at 84

Hall of Fame forward Bobby Hull, who helped the Chicago Blackhawks win the 1961 Stanley Cup Final, has died. Hull was 84. The two-time MVP was one of the most prolific scorers in NHL history, leading the league in goals seven times. 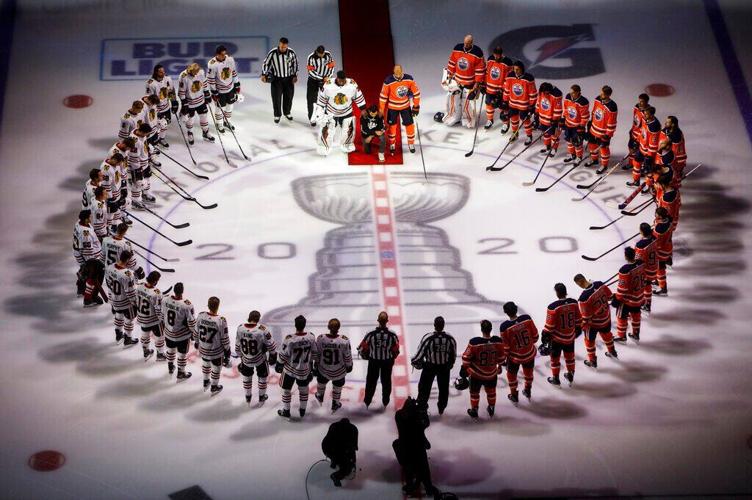 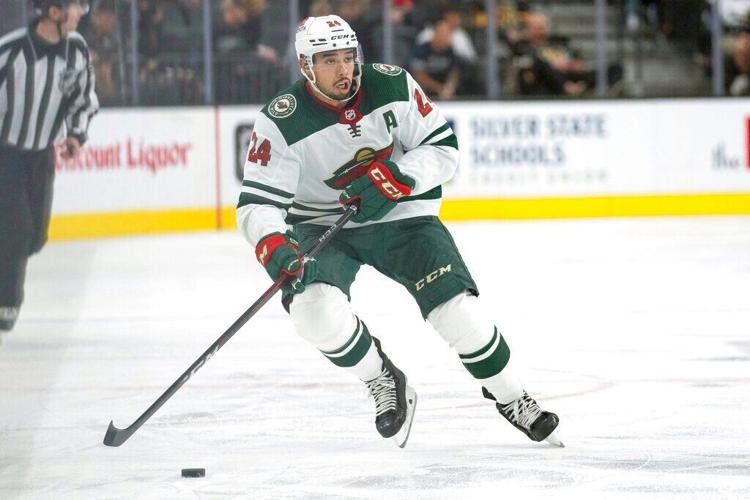