The Coulee Region Chill are on the move.

The North American Hockey League Tier 2 team, which played its home games at the city-owned Green Island Ice Arena, has been sold and will move to Chippewa Falls for the 2018-19 season.

The announcement came via the NAHL website Monday afternoon, saying Chill owners Michelle and Kevin Bryant sold the NAHL franchise to Steve Black of JB Black Enterprises, LLC. The Chill, which will play at the Chippewa Falls Ice Arena, will now be known as the Chippewa Steel.

This past season — their eighth year in the Coulee Region — the Chill finished with a record of 17-34-4, took fifth in the six-team Midwest Division, and did not qualify for the playoffs in the 23-team NAHL.

The Chill averaged about 600 fans per home game, Bryant said.

“It was really difficult, as the NAHL team has been part of our family for eight years. Our kids have kind of grown up with it and it has been part of my life for a long time,” Michelle Bryant said of the decision to sell.

“When they (Black family) came forward and offered to purchase it, we thought long and hard and came to the conclusion it was a good time (to sell).”

The Chill franchise was relocated from Mason City, Iowa (the team was known as the North Iowa Outlaws), to Onalaska in 2010 under the ownership of businessman Mark Motz. The Bryants purchased the franchise from Motz in 2012, operated it at the OmniCenter until 2014, then moved it to Green Island Ice Arena.

In 2014, the Bryants purchased a NA3HL team from Flint, Mich., moved it to La Crosse and named it the La Crosse Freeze. A level below the Chill in terms of junior hockey development leagues, the Freeze acted as a feeder system of sorts for the Chill.

The Freeze, Bryant emphasized, will remain in La Crosse and play at Green Island. They will, however, take on the Chill name.

The Freeze are coming off their best season ever as they won 34 games en route to a second-place finish in the NA3HL’s Central Division. The Freeze won the Central Division playoff championship and advanced to the Fraser Cup Championship, where it lost in the semifinals. The Freeze had three players who signed NAHL tenders during the season.

“The biggest thing we want the community to know is we still have junior hockey in the community. We are really excited about that,” Bryant said. “We had a group come in and offer to purchase the NAHL membership and we decided we would take them up on it. It was a matter of timing.”

While it is disappointing to lose the NAHL’s Chill, it is a good thing to still have a junior hockey team in La Crosse, said Tim Ebner, coach of the Onalaska High School hockey team and whose son, Tyler, played for the Chill this past season.

“You always hate to see them leave. They (Bryants) have done a nice job and it gives the hockey fan, not just the normal hockey fan, but others a chance to watch it (higher level) and, in turn, you hope it would help get more kids involved,” Ebner said.

“It (junior hockey) is something that takes a lot of time and effort, and it’s one of those things where it can wear on you at times. For them, it is year-round job and I can see where it is tough to balance things.”

Michelle Bryant, who was the Chill’s owner/operations manager and handled day-to-day responsibilities, said running a Tier 2 team (the Chill), a Tier 3 team (La Crosse Freeze) as well as managing Green Island Ice Arena was challenging, to say the least.

“We were looking for a possible partner for the NAHL Tier 2 team (Chill), as with the workload with the Chill, the Freeze, the rink, it would be nice to have someone on board,” Bryant said. “We had discussed this with the Black family, and it was kind of hot-and-cold about partnering.

“In the last few weeks, a rink opportunity opened up in Chippewa Falls for them, and it (sale) came up fast and furious.”

Under the Blacks, the Chill — now Steel — will be under the ownership of a longtime hockey family, according to NAHL Commissioner and President Mark Frankenfeld.

“Steve Black and the Black family are very experienced and dedicated operators and will be an asset to the North American Hockey League and its Board of Governors,” Frankenfeld said in a NAHL release.

“We are thankful and grateful to Michelle Bryant and her family for being an integral part of the North American Hockey League for the past six seasons and we look forward to them staying involved in our family of leagues and continue to operate to operate a team in the NA3HL.”

The Chill, now Steel, will be a good fit for Chippewa Falls, Bryant Black told the Chippewa Falls Herald Monday. Bryant Black, the son of owner Steve Black, will serve as the vice president of operations for the Steel. Bryant Black is in his sixth season managing the New Ulm (Minn.) Steel, which is a member of NA3HL.

“Seeing the community, there was a strong pride and sense of community that we got the feeling we could add to the community of Chippewa Falls,” Black told the Herald of the thinking behind the purchase of the Chill. “We are going to hit the ground running in the next week or two.”

Michelle Bryant, meanwhile, will get a chance to take a deep breath while still being heavily involved in all levels of hockey.

“We’ve still got a hockey team (former Freeze) and rink (Green Island) to run. It will give me a little more time on my hands in the winter and allow me to be able to watch my four kids,” Michelle Bryant said.

Michelle and Kevin Bryant have four boys, all of whom play hockey. Their oldest son, Kevin, is 19 and played for the Chill this past winter. Will is 16 and was the leading scorer for the Central/Logan high school team this season, while Matthew, 15, played for a club team out of Madison. The youngest, 12-year-old Thomas, plays in the Onalaska youth hockey system.

“Those who know me know that I am in a different city, or two, on the weekends. I would be going this direction for a few hours, then trying to go another,” Michelle Bryant said.

“It is bittersweet (selling the Chill) and it was a really, really hard decision. The timing was right with the way it presented itself and we are very excited to keep junior hockey here.”

HISTORY OF THE CHILL

WHAT: The Coulee Region Chill is a North American Hockey League Tier 2 team.

CHILL HISTORY: The North Iowa Outlaws, based out of Mason City, Iowa, spent five season in the NAHL, compiling a 294-133-137 record. The Outlaws, owned by Mark Motz, relocated to Onalaska in 2010 and were named the Coulee Region Chill. Motz operated the Chill for two years before selling the franchise to Michelle and Kevin Bryant in 2012. The Bryants kept the team the OmniCenter for two more years. In 2014, the Bryants moved the Chill to La Crosse's city-owned Green Island Ice Arena.

CHILL SALE: The Bryants sold the Chill to Steve Black, of JB Black Enterprise, LLC, in a deal that was finalized on Friday and announced by the league on Monday. The team will be relocated to Chippewa Falls and has been renamed the Chippewa Steel.

USC and UCLA are leaving the PAC-12 conference.

USC and UCLA are leaving the PAC-12 conference. 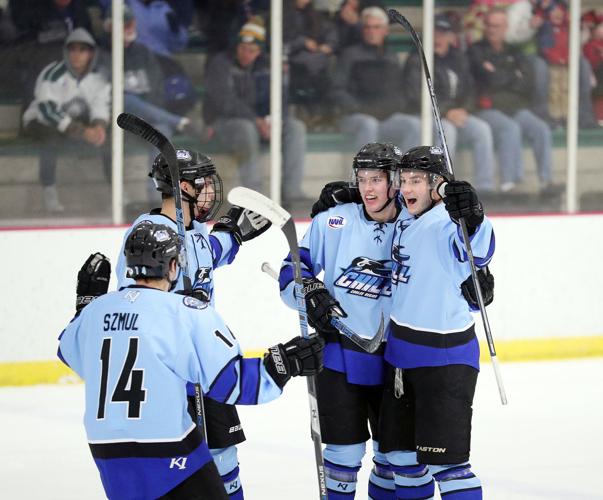 Coulee Region Chill players celebrate a goal by Marshal Plunkett, second right, during a November NAHL game against Brookings at the Green Island Ice Arena. The Chill will end an eight-year NAHL run in La Crosse, as the NAHL franchise was sold and will move to Chippewa Falls, where it will play next season. 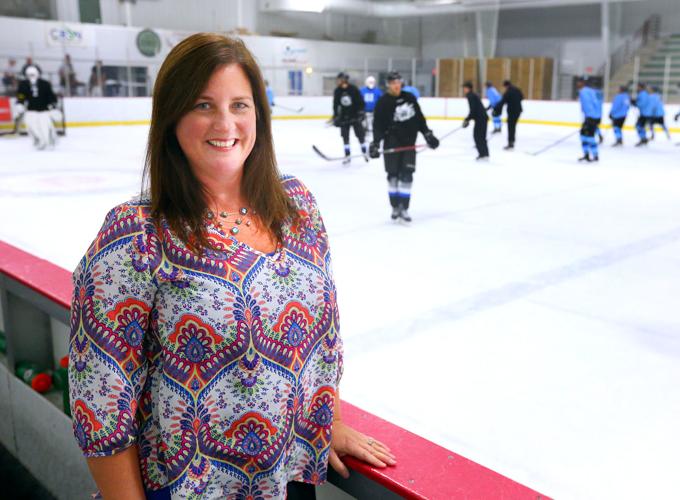 Michelle Bryant, who along with her husband, Kevin, have owned the Coulee Region Chill since 2012, have sold the team to Steve Black of JB Black Enterprises, LLC.