BOSTON, Mass. — The UW- La Crosse men’s track and field team tied for second place at the NCAA Division III Indoor Championships on Saturday. The Eagles had 39 points to tie with Mount Union.

Andrew Jarrett took third in the weight throw with a final throw of 67 feet, 4 inches. Jarrett’s third place finish earned him his third All-American honor in the event. Jacob Teunas took fourth in the triple jump with a final jump of 48 feet, 4 ¾ inches.

The UW-L women’s tied for 11th place with MIT after both teams recorded 15 points. Williams College (Mass.) won the title with 42 points.

The Eagles had three All-American athletes: Savannah Rygiewicz, Betsy Schreier and Skye Digman. Rygiewicz earned the honor after placing fourth in the 60 meter dash with a time of 7.72 seconds. Schreier took fourth in triple jump (38-9) and Digman placed fifth in shot put (44-10 ¾). Amanda Wiebke earned All-American honors during Day 1 of competition after placing seventh in the pentathlon with 3,437 points.

MENOMONIE, Wis. — The UW-La Crosse gymnastics team placed fourth out of eight teams at the WIAC Championships/NCGA West Regional Championships. The Eagles had a team score of 186.550 and UW-Stout won the competition with a score of 190.225.

Sam Weyker led the Eagles with a tied-for-sixth place finish on vault with a score of 9.425. Jessica Ahrens took eighth on beam (9.525) as Kacey Mortenson placed seventh in the all around (36.700).

Jon Nonn led the V-Hawks attack with 25 kills and Chris Kahler followed with 20. Andrew Lepage set up the hitters with 54 assists.

It was a great night for the area's college basketball teams.

The Eagles bounced back from a loss to UW-Oshkosh on Saturday by outscoring the Blue Devils 43-25 in the second half, including 21-7 in the fo… 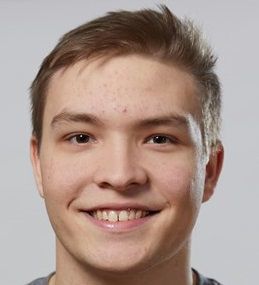 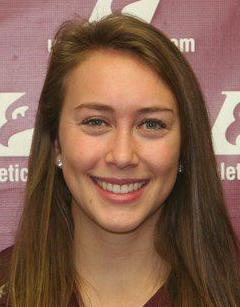