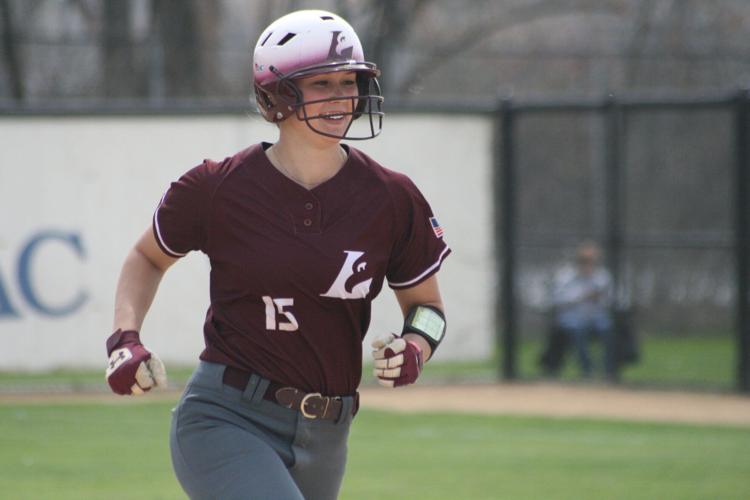 Sophomore third baseman Jordyn McCormack rounds the bases after a two-run homer in the first inning of UW-La Crosse softball's 4-0 win over Whitewater in the WIAC Tournament Friday in La Crosse. 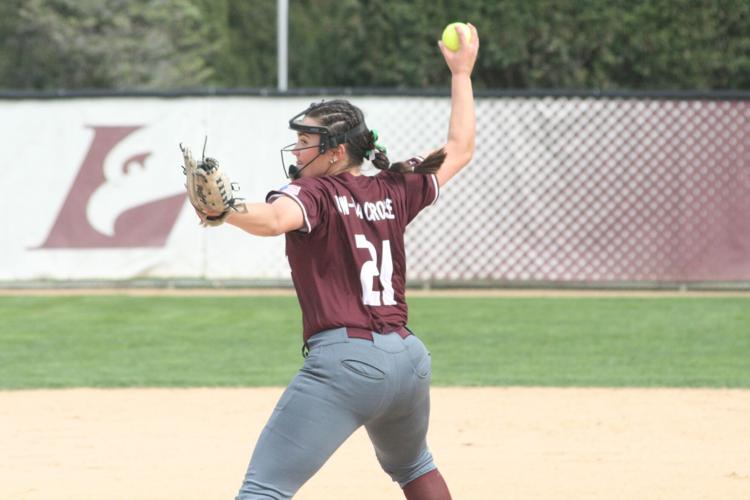 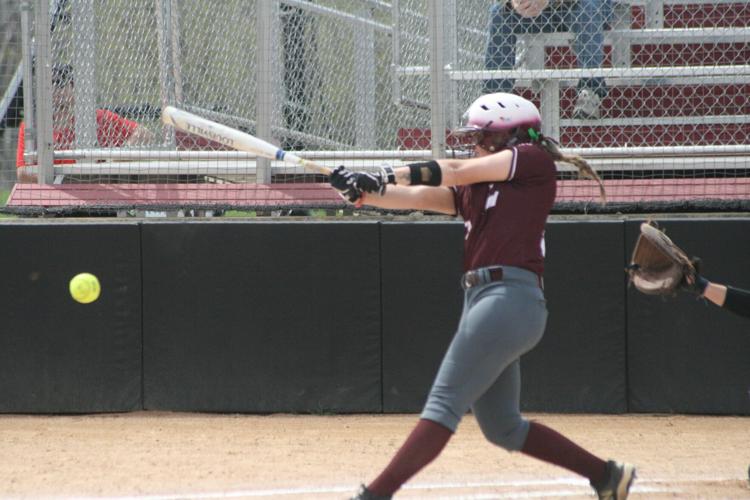 Sophomore pitcher Elise Weinzierl pitched a shutout while the UW-La Crosse softball team smashed three home runs in a 4-0 win over UW-Whitewater Friday to advance in the WIAC Tournament.

Weinzierl finished the game with five strikeouts, one walk and four hits. The right-hander’s record improves to 12-2 on the season after earning NFCA Division III Pitcher of the Week honors on Tuesday.

“(Weinzierl) has been great,” Eagles coach Chris Helixon said. “She does such a great job of changing speeds and throwing her drop ball, which is really tough to hit.”

Helixon came with a focus on finding a way to beat Warhawks left-handed sophomore pitcher Rhiann Dick after scoring only one run against her on Monday. The Eagles (26-8, 13-1) won both games against the Warhawks (20-18, 7-7) earlier in the week.

“We had faced their lefty before, and she’s a really tough pitcher,” Helixon said. “She changes speeds really well and it threw us off last time we faced her. Today, we really zoned in on our fast pitches. We were aggressive early and were able to knock a few out early to set the tone.”

The Eagles led off the bottom of the first with a single by freshman shortstop Kyra Lard. Sophomore third baseman Jordyn McCormack hit a two-run homer to left center on the next at-bat. Dick, who had pitched three and a third inning earlier Friday against UW-River Falls, was replaced after the first.

Lard added a home run with two outs in the second. Senior second baseman Emily Knight led off the third inning with another solo shot to dead center.

Lard — who finished 3 for 4 after another single in the sixth — said the early runs helped the hosting Eagles feel in control from the outset.

“It’s a momentum turner,” Lard said. “We’re at home, we got it done early and we just kept adding on. It helped us a ton on the win and it gives us a ton of momentum.”

Weinzierl only allowed two hits in the first six innings. In the seventh, the Warhawks managed to hit a pair of singles and draw a walk to load the bases with two outs. With freshman utility player Kiarra Kostronski batting and representing the tying-run, Weinzierl forced a groundout to third to end the game.

The Eagles’ next game will be against UW-Eau Claire at 10 a.m. Saturday at North Campus Field. With a win, UW-La Crosse advances to a championship clinching scenario on Sunday where they would need to win one of two games to win the tournament.

Eau Claire (24-9, 9-5) and the Eagles split a doubleheader in La Crosse on April 9. Lard said wins matter early in the double elimination format because it gives them an edge entering day two.

“It’s a big tournament,” Bard said. “Anybody can beat everyone here, so every win counts towards that championship and getting an advantage.”

James Krause can be reached at James.Krause@lee.net or on Twitter @jkrausepro.

The UW-La Crosse men's basketball team became the first to beat Ripon this season and did so by the score of 86-57 at Mitchell Hall on Tuesday.

The UW-La Crosse football team will play postseason football this season, learning Sunday they earned an at-large bid into the NCAA Division I…

Sophomore third baseman Jordyn McCormack rounds the bases after a two-run homer in the first inning of UW-La Crosse softball's 4-0 win over Whitewater in the WIAC Tournament Friday in La Crosse.