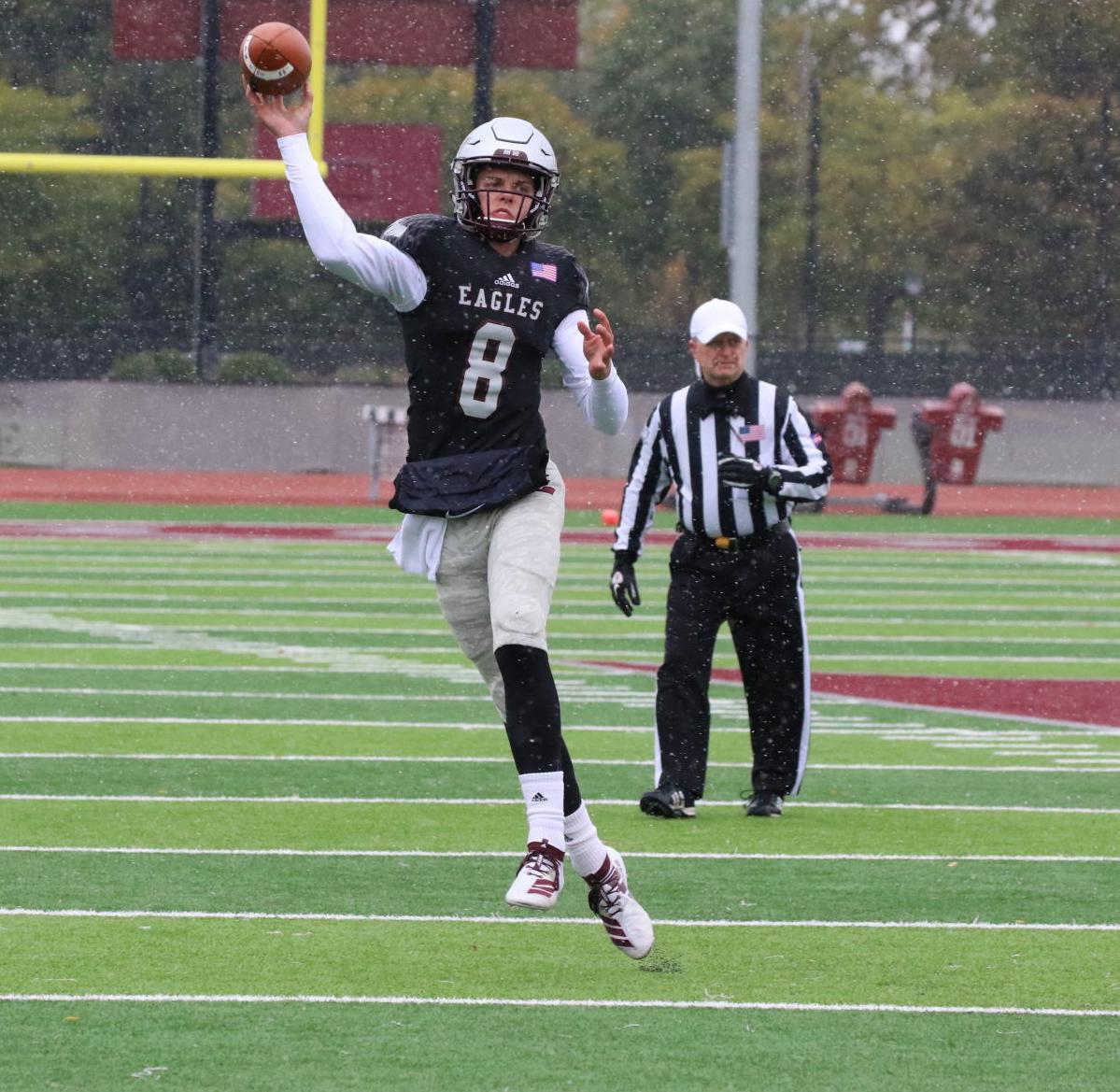 UW-La Crosse quarterback Evan Lewandowski throws a pass against UW-Stout on Oct, 12. Lewandowski had the best game of his young career, throwing for 364 yards and four touchdowns. 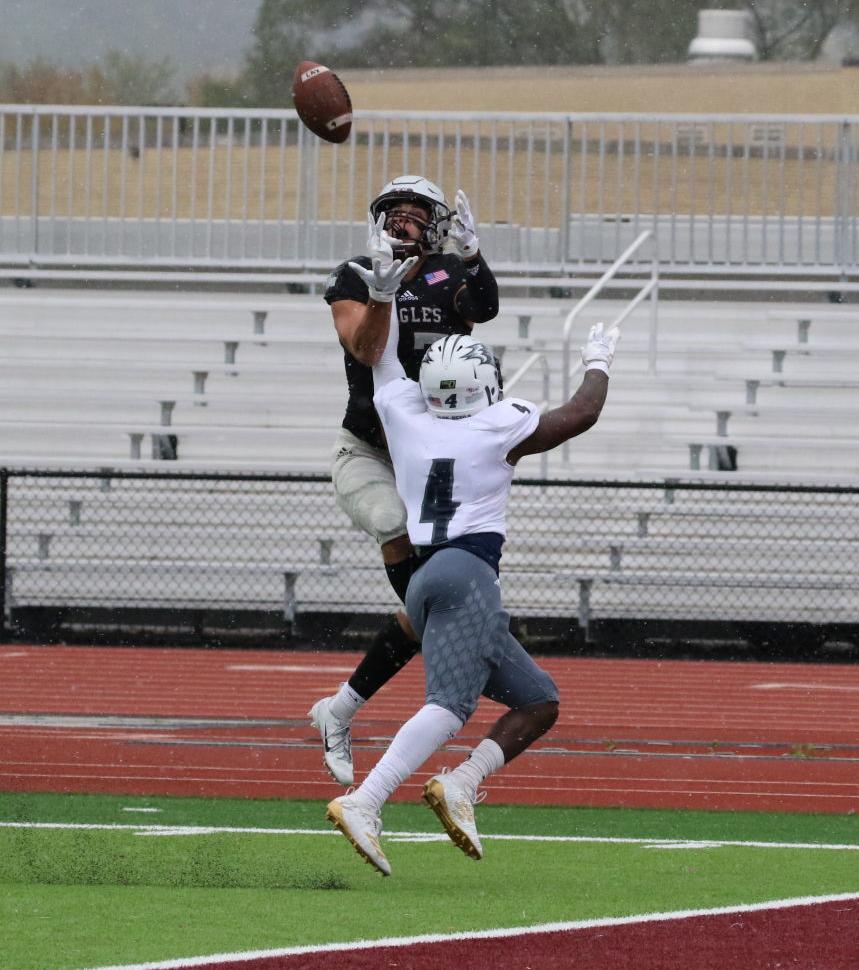 To say the sophomore quarterback struggled the first four games of the season was an understatement. The Lake Zurich, Ill., native entered Saturday’s showdown against Stout completing just 39 percent of his passes and throwing seven interceptions.

But on Saturday afternoon, Lewandowski looked like the player that had so many excited when he committed to UW-L. He threw for a career-high 360 yards and four touchdowns to help the Eagles snap a two-game losing streak by defeating UW-Stout 40-22 at a windy and snowy Veterans Memorial Field.

Despite throwing six interceptions against UW-Platteville in a 38-20 loss in the WIAC opener, Lewandowski’s confidence never wavered.

“It started in practice this week,” Lewandowski said. “Early in the week, I felt confident. I was ready to go.”

Lewandowski looked like a totally different quarterback. He was in rhythm, anticipating throws and getting the ball out on time. When he had to, he bought time in the pocket and found his checkdown or his third read.

“What a great turnaround for Evan,” UW-L coach Mike Schmidt said. “That’s just speaks to the guy that we have been talking about all the time. We knew what he was capable of, but he never panicked, (and) we didn’t bail on him this week. He had a great week of practice and what a game. It’s fun to see him dialed in like that.”

It was even more fun for Lewandowski.

“It felt amazing,” the quarterback said. “Coming out and playing as a full offense, playing a full game. There is no better feeling than that.”

Lewandowski started hot by completing eight of his first nine throws with the only incompletion a drop. He found Cole Spieker for a 20-yard touchdown on fourthth-and-5. It was a great throw and a great play from Spieker, who snatched the ball over his defender for the score. It was the kind of start the Eagles (3-2, 1-1) and Lewandowski needed after a tough past couple of weeks.

“Our offense had our best week of practice all season,” Spieker said. “We were really dialing it up, and it was fun to watch. And it translated to the game.

“(Last) Saturday was a wake-up call for us. We know we can’t just roll out here and win games. We have to give it our best. Coach Schmidt really got us going, and we felt that energy.”

Schmidt stressed all week that the past couple of weeks wasn’t all on the young quarterback and that the guys around him needed to answer the call. Well, Spieker sure did his part. Him and Lewandowski connected 14 times for an eye-popping 183 yards and three touchdowns, catching another 20-yard TD in the third before adding an 8-yard grab in the fourth.

The offensive line deserves credit, as well. It helped running back Joey Stutzman deliver another strong performance, as he rushed for 77 yards on 21 carries to go along with two touchdowns. They also gave Lewandowski enough time to work through his progressions like when he found his third read in Cam Sorenson for a 5-yard touchdown pass in the second quarter.

“I feel like everyone was clicking,” Spieker said. “Lou (Lewandowski) was hitting all of his guys, our run game was moving it here and there. They were giving Lou plenty of time up front, and I just think we were all playing together. When we give our best effort on every play, then good things will happen.”

Defensively, the Blue Devils (1-4, 0-1) had no answer for the Eagles front seven. Defensive coordinator Matt Janus did a good job of mixing pressures and stunts to confuse Stout up front. It resulted in eight UW-L sacks, 10 tackles for loss, a fumble recovery and two interceptions.

“We like playing Stout,” Schmidt said. “Those guys up front really like playing Stout. I’m not sure how many sacks we ended up with today, but we have had a lot the last three years. But I think the key is that we got the lead and forced them to throw the ball. We were able to just pin our ears back.”

Saturday’s game was the type of game the Eagles desperately needed. They needed a dominating effort from start to finish and they got it. Now they will try to carry that momentum into next week when they travel to River Falls for a 1 p.m. kickoff.

“We are ready for what’s next,” Stutzman said. “We won, yeah, and that’s good, but we have to move forward to next week and that’s what we are going to do.”

Minus-7: Rushing yards for UW-Stout on 24 attempts

The Iowa State University women's basketball team is off to a 7-0 start, and Aquinas High School graduate Lexi Donarski has had a big hand in …

The V-Hawks have played 11 teams that were ranked in the Top 25 in the most recent NAIA Coaches’ Poll and have posted a 14-1 record in those games.

WAVERLY, Iowa — The UW-La Crosse men’s basketball team came from behind to beat Wartburg 83-78 on Saturday and extend its season-opening winni…

The sixth-ranked UW-La Crosse wrestling team split a pair of dual meets against teams it looks up at in those national rankings.

UW-La Crosse quarterback Evan Lewandowski throws a pass against UW-Stout on Oct, 12. Lewandowski had the best game of his young career, throwing for 364 yards and four touchdowns. 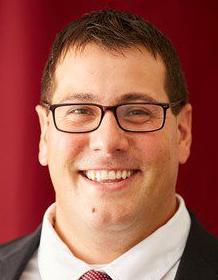