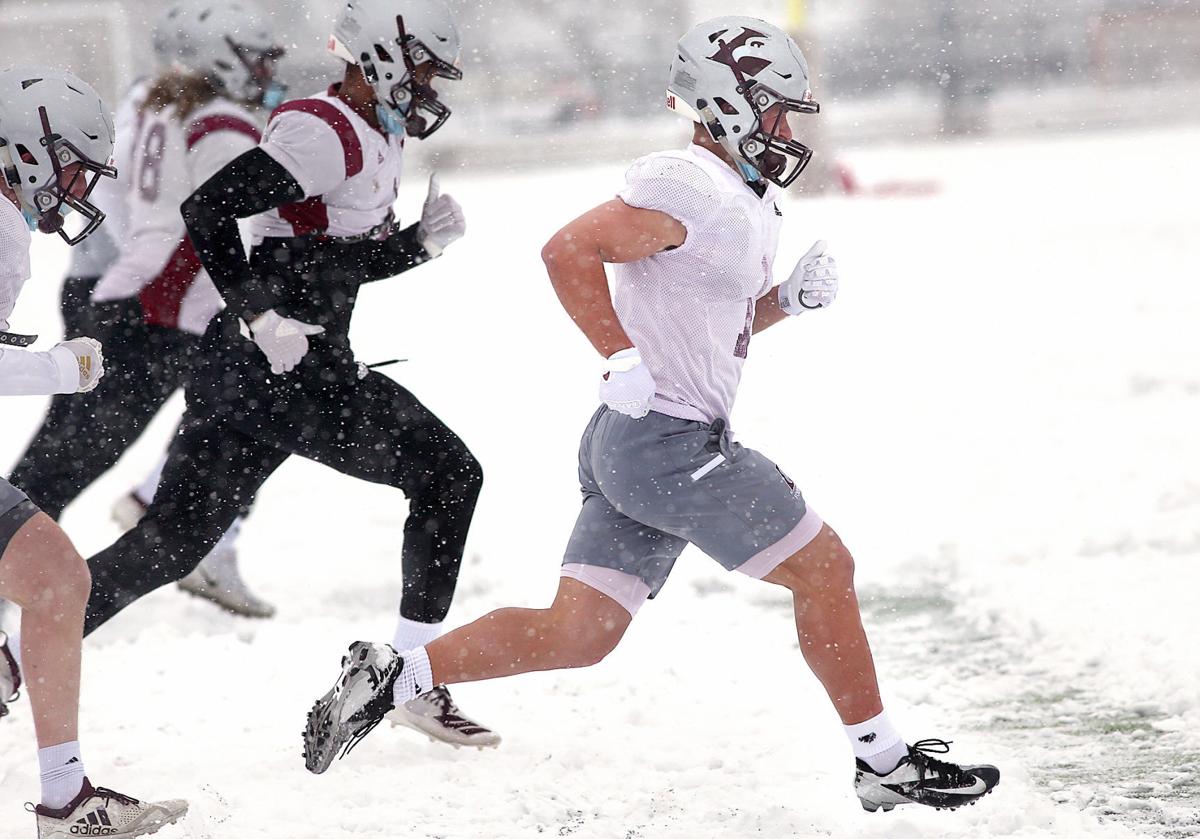 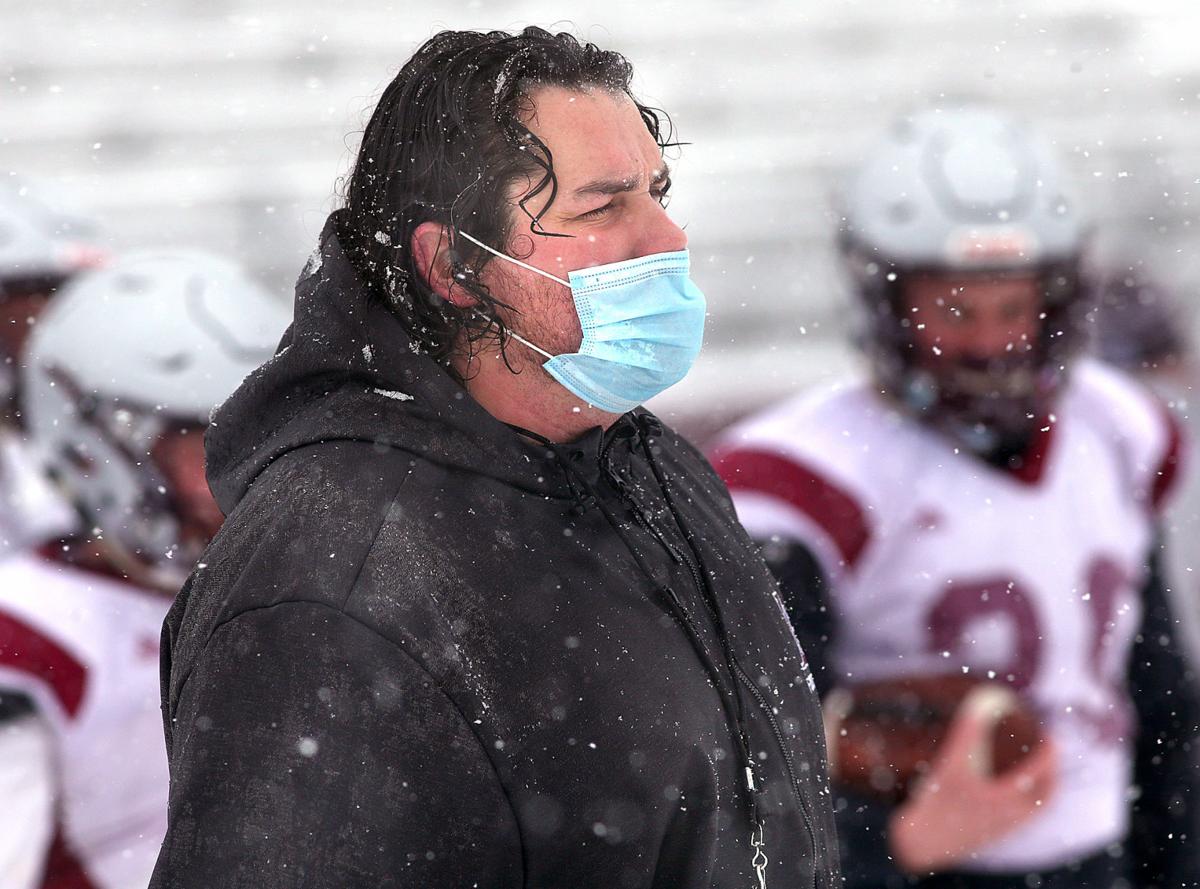 Jake Simuncak tried to hold out hope for a 2020 UW-La Crosse football season for as long as he could, but there came a point where the senior wide receiver could see what was coming.

On July 27, the Wisconsin Intercollegiate Athletic Conference announced the seemingly inevitable: the cancellation of its conference schedules in response to the COVID-19 pandemic.

And shortly after, the Eagles decided they wouldn’t play their remaining nonconference slate — leaving the program without a season for the first time since 1944.

“We were working really hard, staying prepared for if we did have a season,” Simuncak said. “And then to hear that kind of sucked.”

But as the team was left to process the lost season, Simuncak and the rest of the senior class were soon faced with a decision. Would they utilize the eligibility relief granted by the NCAA to return for the 2021 season?

For Simuncak, the answer was yes. And while some opted to move on, others — All-WIAC linebacker Rusty Murphy, defensive back Max Brower and punter Sean Parker among them — will be joining Simuncak for another year.

And as UW-L’s spring practices get into full swing, those who are coming back for an extra season are thankful for the opportunity.

“I’m so fortunate that I’m able to do exactly what I wanted to do, do what I love,” Simuncak said. “I mean, I wouldn’t be here if I didn’t love this.”

The decision whether to return wasn’t one any of the players took lightly — regardless of what they settled on — and Simuncak and Murphy said academics played a key role for them.

Simuncak is an exercise sports major and plans to apply to UW-L’s athletic training graduate program. He inquired about earning his undergraduate degree and playing football as a graduate student, but his advisors cautioned that the workload might be too much.

So they started to explore other options and found that Simuncak’s schedule could be reworked to give him undergraduate classes in the 2021 fall semester, a route too enticing to pass up considering he likely would have joined the graduate program otherwise.

“My parents were super supportive about it, saying, ‘Hey, you want to play as long as you can? Go for it. I definitely want you to, I want you to be happy, I want you to choose yourself,’” Simuncak said. “And that was, I think, the biggest thing for me is how helpful my parents were.”

Murphy echoed that sentiment — not only family support, but also academics lining up. Murphy, a marketing major, added an economic major to extend his time at UW-L and called the decision a “no-brainer.”

Both Simuncak and Murphy said they were blessed to have everything line up so they could return, nor did they fault those who won’t be back.

“I’m lucky, and I was blessed to have a couple of credits left in the tank, make some moves and be able to stay,” Murphy said. “The guys that did stay, though, I knew were in the same boat as me.

“They weren’t going to go if they didn’t have to. They love the game so much.”

With most seniors opting to exercise the eligibility relief, the Eagles like their prospects for next season, for which preparation is underway with spring practices.

UW-L was able to hold some practices this past fall, but the team was split into pods and the offense and defense weren’t on the field at the same time. The Eagles followed a similar approach last week in their first full week back, and head coach Matt Janus said they hope to slowly move to larger groups as they get into padded practices this week.

“It’s awesome. It’s nice. We’ve been doing a lot to prepare for this,” Janus said. “... To get back outside has been, I think, has been rewarding to them. To put helmets back on is rewarding to them because I think we had one day of practice in helmets in the fall.”

Janus said the focus this spring will be on roster evaluation, continuing to learn the team’s systems under new coordinators and strength and conditioning.

Being back on the field is something the Eagles’ seniors certainly don’t take for granted, and they hope to make the most of the extra season.

“It feels good, man,” Murphy said. “... There’s an up-vibe. There’s a lot of guys that are like, ‘We’ve got to roll now. We’ve had the time off. We count our losses, count the guys that we’ve got and we can roll now all the way through here.’”

The UW-La Crosse softball team turned a couple of multi-run innings into a WIAC victory over UW-Stout on Saturday.

College volleyball: Viterbo to host Madonna in opening round of NAIA Tournament

The V-Hawks were automatic qualifiers for the national tournament after they won the NSAA Tournament over the weekend.

The UW-La Crosse baseball team pulled out a sweep over UW-Platteville at Copeland Park on Friday.

Viterbo volleyball: V-Hawks finding their stride at the right time

Viterbo has won nine of its 10 games since returning to play at the beginning of March.