The University of Wisconsin-La Crosse has narrowed its search for the school’s next head football coach to two finalists, according to a release Monday.

Matt Janus, who was named the interim head coach on Dec. 12, and Joe Schaefer, the defensive coordinator at Division III John Carroll University (Ohio), are the two candidates.

Before being named the interim head coach in December, Janus spent three years as the Eagles’ defensive coordinator. In 2019, UW-L forced 29 turnovers and had 40 sacks, both season bests under Janus.

Janus was a three-year letterwinner in football, in addition to serving as a team captain in his final season, at UW-Platteville, where he also got his coaching start. Janus was a graduate assistant with the Pioneers from 2010-11 and worked with outside linebackers.

Schaefer has been the defensive coordinator and secondary coach at John Carroll the past two seasons. During the 2019 regular season, the Blue Streaks were second in the Ohio Athletic Conference in scoring defense (11.5 points per game), total defense (237.3 yards per game), rushing defense (89.2 ypg) and passing defense (148.1 ypg).

Schaefer played collegiately at Bowling Green State University. He got his start in coaching at the University of Findlay (Ohio) in 2009 as the defensive ends coach. He coached the same position group at Toledo in 2010-11.

From there, Schaefer was the defensive coordinator at Cleveland Benedictine High School in 2011-12 before taking over as the team’s head coach for three years. In 2014, Schaefer’s second year as the head coach, the Bengals went 14-1 and won the Division IV state championship.

Schaefer was a defensive quality control assistant at Maryland from February 2016 to July 2016 and was Iowa State football’s director of scouting in 2016 and 2017 before joining John Carroll.

Open forums will be held at 260 Graff Main Hall on the UW-L campus for each candidate — Janus at 1 p.m. Wednesday, and Schaefer at 1 p.m. Thursday.

It was a great night for the area's college basketball teams. 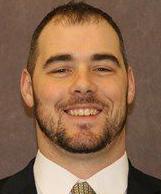